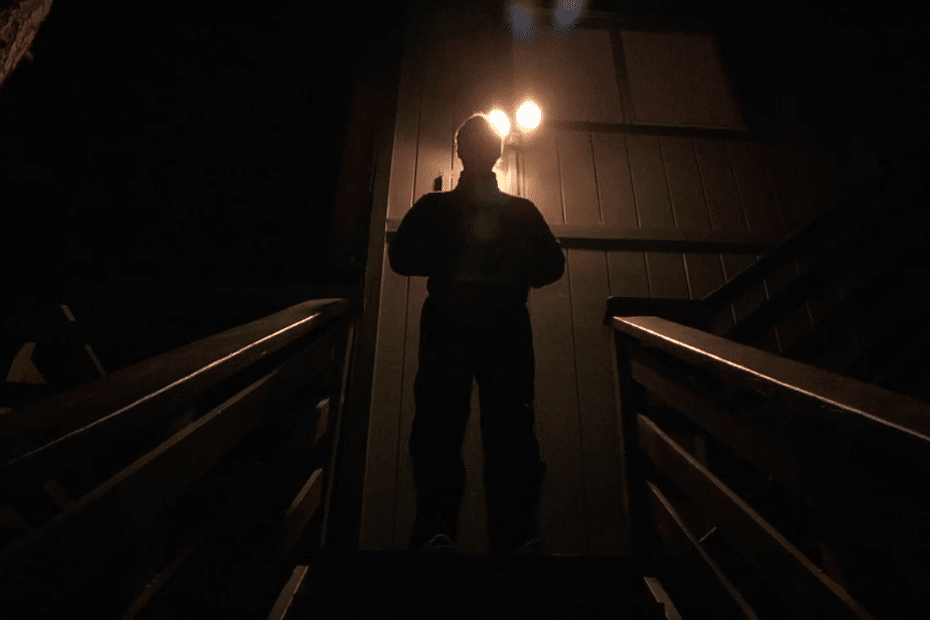 Creep (2015) is an accurately named horror film with an unsettling plot centered around the interactions of two men. Aaron accepts a job with only an address and the promise of $1,000 for a day of filming. Shot in the found footage style similar to Cannibal Holocaust (1980) and The Blair Witch Project (1999), it begins with Aaron filming his drive to a secluded cabin to meet his new client. Pairing shots of beautiful landscape full of hills and lakes, the vast forest highlights how isolated his destination is. He jokes about how he could be heading into danger as he knows nothing about who he’s meeting.

When he arrives at the cabin, he can’t find his client and waits in his car. The first of many jump scares is Josef (the client) suddenly appearing next to the car. The movie heavily relies on these prank type jump scares, as Josef loves to hide and jump at Aaron before laughing it off. We start to see that Josef is most dangerous when he’s still and quiet. He welcomes Aaron to his cabin with the energy of a motivational speaker, only brief moments of dead eyed stares to hint that he is somehow dangerous. Josef explains he has three months to live and his vision to create a film for his unborn child. As soon as Aaron agrees to the job, Josef excitedly runs upstairs saying he’ll meet him in the bathtub. 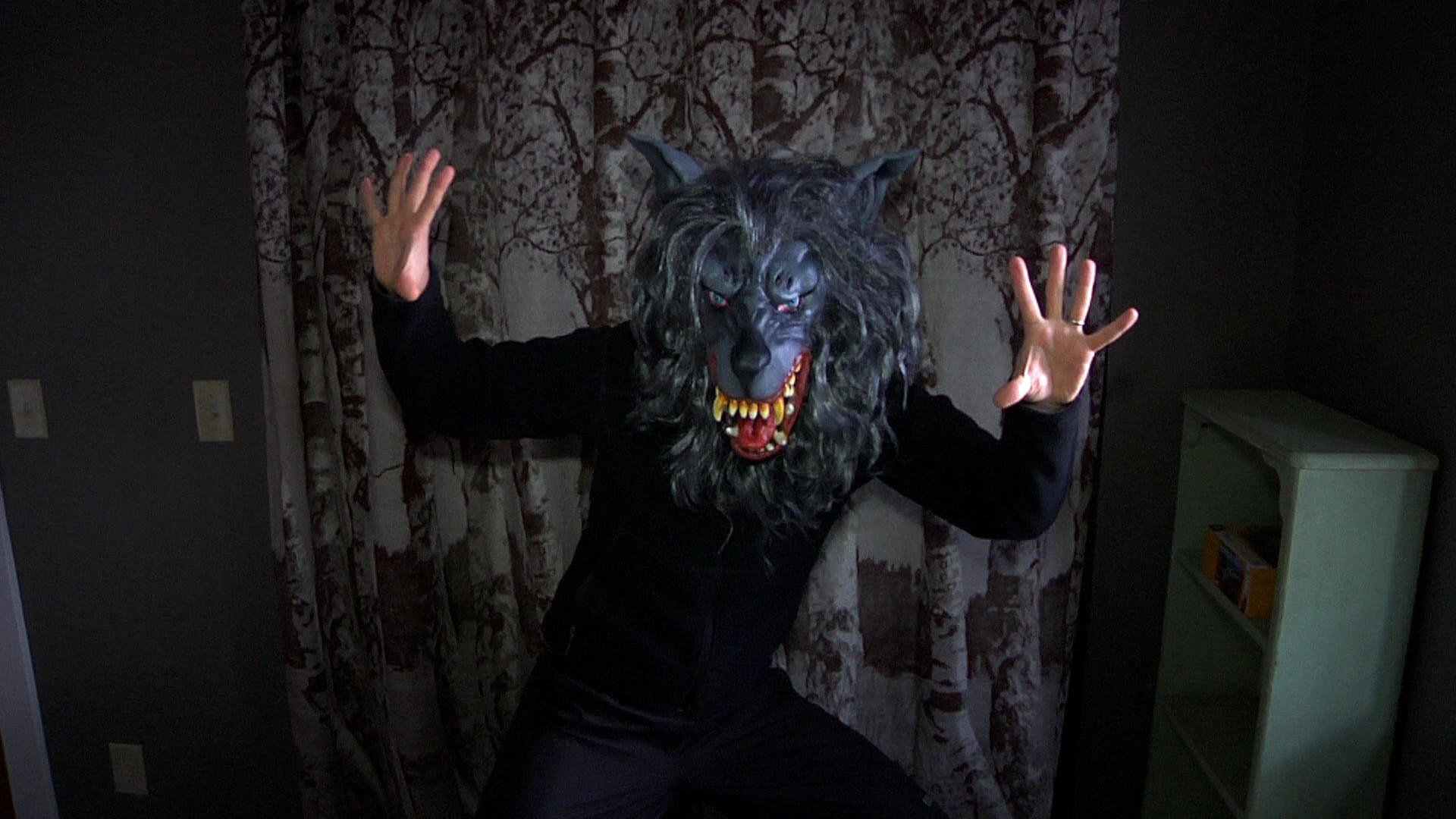 Aaron, confused, follows him up and films Josef pretending to wash his imaginary infant son in a rather disturbing manner, and sinks under the water playing dead. Another jump scare as he suddenly emerges yelling from the water sets the pattern for the rest of the movie. He keeps up the switch from friendly to posing uncomfortably personal questions for Aaron as they roam around the woods looking for what Josef calls his “miracle.” Later, at a restaurant, we see a glimpse that Josef doesn’t really own the cabin while they’re at his “favorite” local restaurant. His questions to Aaron become uncomfortably more personal. Little filming of Josef’s message is accomplished, as he seems much more interested in bonding with Aaron.

The subtlety of Josef showing more of the creepy side of him instead of his faux friendly persona becomes more pronounced as Aaron attempts to leave for the night. The silhouette of Josef in front of the porch light telling him to come in for a whiskey is eerie in contrast to the charismatic tone of his voice.

The rest of the movie is an increasingly disturbing stalker type film, with Aaron being hunted by Josef. There isn’t any gore, with most of the movie slowly revealing how messed up and deceitful Josef truly is. This is not a fast paced movie but certainly carries an awkward, creepy stranger vibe through to the end.

Check out the Creep trailer