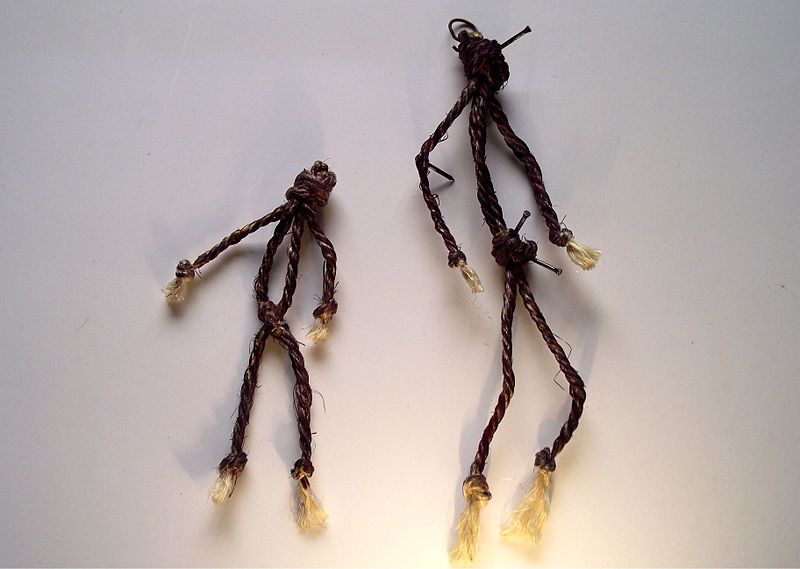 Keep Out of Reach of Children

I’ve alluded to the concept of doll phobias, also known as pediophobia, in a previous article. They’re actually pretty common. I personally know several people who have intense pediophobia who will definitely not be reading this article.

There are a few explanations for doll phobias, but the one that seems the most consistent with how people with them describe their feelings as falling into the “uncanny valley,” which is the idea that something that looks similar to a human, but clearly isn’t, can be unnerving.

The concept of dolls having some sort of power certainly dates back further than their popularity in horror. Dolls have a long history of religious significance in a lot of cultures, including Roman, Egyptian, African, Celtic, Native American… You name the country, and there’s probably some mythology or religious practice involving dolls.

Often, dolls were used in religious rituals. In African fetish religions, which is arguably where a lot of this trope comes from, dolls have a number of religious uses, ranging from protective, aggressive, or simply practical. Anglo history had poppets, which also had a variety of usages. Today, the popularity of Wicca and neo-Paganism in the U.S. and Europe has led to a resurgence in the popularity of rituals involving dolls in the West.

It’s impossible to do a complete history of the living doll mythos in a single article. It’s too massive a topic. It’s such a fascinating topic that ranges through so many cultures, I couldn’t possibly do it justice. However, I can give a little context to the trope in horror.

As you can imagine, the living doll trope has been around in literature for centuries. It exists in many horror novels, obviously, but also in tons of fairy tales. In Europe, this seems to be the result of two things: the rise of Christianity resulting in the opposition to the use of poppets, which were thought to be witchcraft. In the sixteenth century, trade with Africa introduced Europeans to African fetish dolls, which Christians also believed to be witchcraft. 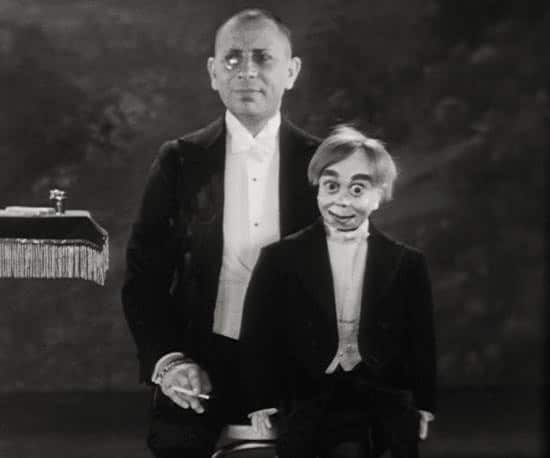 In terms of horror movies, however, it’s a little easier to date, depending on what you consider a “doll movie.” If you consider ventriloquist dummy movies about the same as killer doll movies, then the earliest I can find is The Great Gabbo (1929). If you consider that to be a separate genre, Trilogy of Terror (1975) is often cited to be an early doll horror film.

On TV, there is, of course, The Twilight Zone, which used both the evil dummy trope and the living doll trope. In 1962, The Dummy aired, and in 1963, we were introduced to Talky Tina from the well-loved 1963 episode of The Twilight Zone titled, simply, Living Doll.

And by well-loved, I do mean well-loved by me, because that’s one of my favorite episodes.

It was the long history of living doll mythology throughout the world that may have popularized its use in horror, but it was also horror that led to a resurgence of interest in the concept of haunted and cursed dolls in American culture.

You know it’s impossible to write an article like this without mentioning Robert the Doll and Annabelle.

What I can say is that, whether you believe in hauntings and curses or not, it’s a little hard not to be at least a little creeped out by real life haunted doll legends. Most of us grew up with some form of dolls or stuffed animals, and we all remember that time we were in the bed with the lights out and our toys started to creep us out.

A lot of the stories are creepy, but also, a lot of those dolls are a little scary looking. A lot of them are old and worn, some of the porcelain dolls have cracked faces, and it makes us uncomfortable. That uncanny valley just got even more awkward. 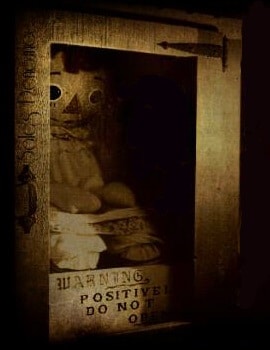 My exceptions to that rule are Annabelle, who is, of course, a Raggedy Ann doll, and Robert the Doll, who I think is just about the cutest doll I’ve ever seen. He’s wearing a sailor suit and holding a puppy, for heaven’s sake! Just show him the respect he asks for. He’s one hundred and seventeen years old; I think he’s earned it!

Robert the Doll and Annabelle are arguably the two most famous haunted dolls in U.S. culture, because they’ve both had multiple horror movies based on them. The famous notable example of this is, of course, Child’s Play (1988), which is (very) loosely based on Robert. Robert also has a self titled movie from 2015 based on the story. As for Annabelle, there’s The Conjuring (2013) and, of course, Anabelle (2014).

I knew going into this article that I was going to have to narrow the topic down, because dolls are so universal and have existed for so long. However, the significance of dolls throughout the world is a fascinating topic, and I encourage those who enjoyed this article to look into it, as well.

That is, if you’re not too scared.

previousNew Perspective On An Old Tale
nextMortal Kombat Isn’t Horror…Or Is it?