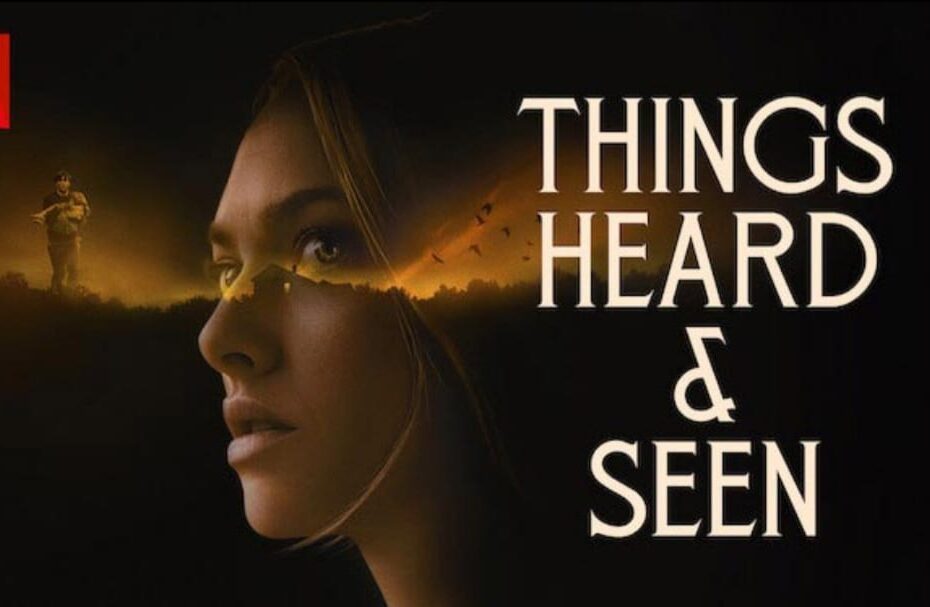 The intellectual, thriller-horror movie Things Heard and Seen (2021) is based on the paranormal noir novel All Things Cease to Appear (2017) by Elizabeth Brundage. Brundage also shares screenwriting credit with Shari Springer Berman and Robert Pulcini.

Directed by Shari Springer Berman and husband Robert Pulcini, Things Heard and Seen weaves a convoluted tale of James, Catherine, their three-year-old daughter Franny Claire, played by James Norton, Amanda Seyfried, and Ana Sophia Heger. The Claire family are a young, professional couple who move to the seemingly idyllic Hudson Valley area to join a small university town’s artistic and academic elite. Catherine, having surrendered as a promising fine art conservator, searches for a new purpose. During her renovations, she quickly discovers the sinister history of her 19th century home. Her connections to the ethereal strengthens as she finds an antique ring.

Fearing the spirits and an expanding darker presence, she turns in desperation to her husband’s colleagues at the university, who introduce her to the beliefs of Emanuel Swedenborg. The spiritual philosophies of the novel Heaven and Hell and the illustrative religious art of George Innes’ The Valley of the Shadow of Death quickly become pivotal to the story. 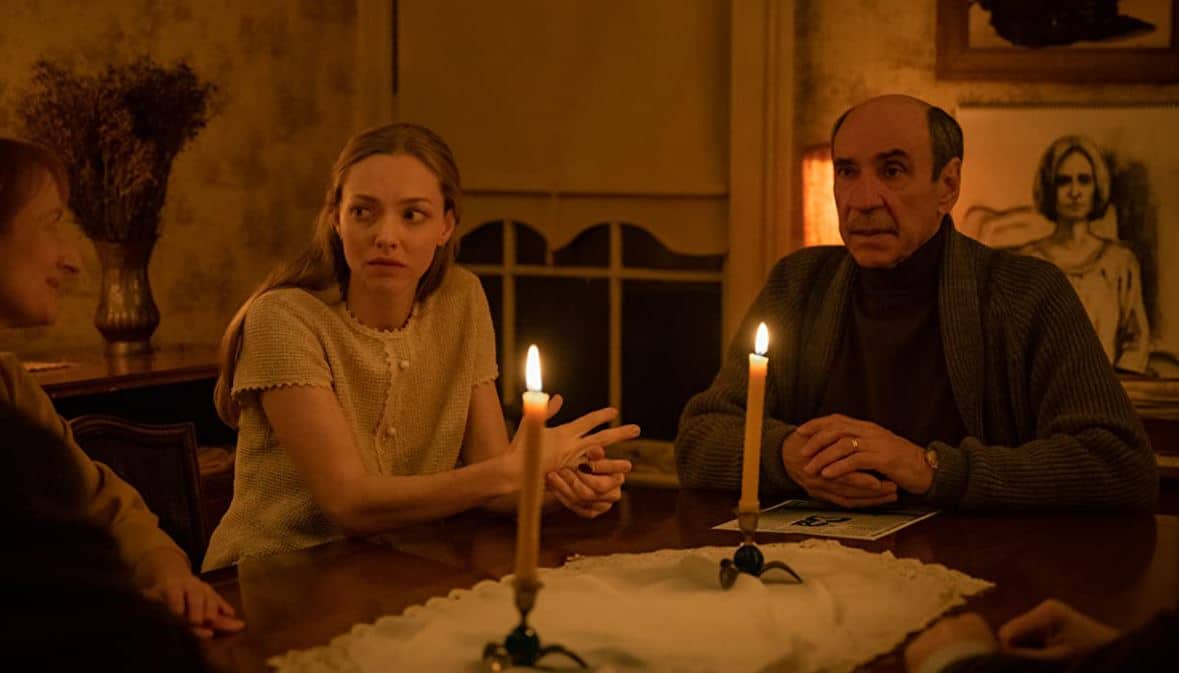 Emanuel Swedenborg (1688-1772) was an eighteenth-century mystic and spiritual explorer. Deeply Christian in his beliefs, he also lived during the Enlightenment – a period where intellectuals rejected religious dogma in favor of science and reason. This intellectual dichotomy caused a spiritual crisis for Swedenborg. And a near-death experience influenced his future interactions with the residents of heaven, hell, and the spirits in-between.

George Inness was one of the most influential American artists of the nineteenth century, influenced the Hudson River school and the theology of Emanuel Swedenborg, whose spiritualism found vivid expression in Inness’s work. Central to the movie, is the philosophy that “good attracts good and evil attracts evil.”

Things Heard and Seen is ambitious in its handling of the paranormal. I found myself thoroughly immersed in the anguish and pain of the spirits of the past. The story presents a world rich in possibilities and new beginnings, which slowly deteriorates into a complex portrait of marriage to a psychopath and the escalating violence of a controlling husband.

Released to VOD and streaming on April 29th, as of this writing, Things Heard and Seen remains on the Netflix Top 10 in the U.S list.

See the trailer for Things Heard and Seen