Home > A Brief History Of the Evil Clown 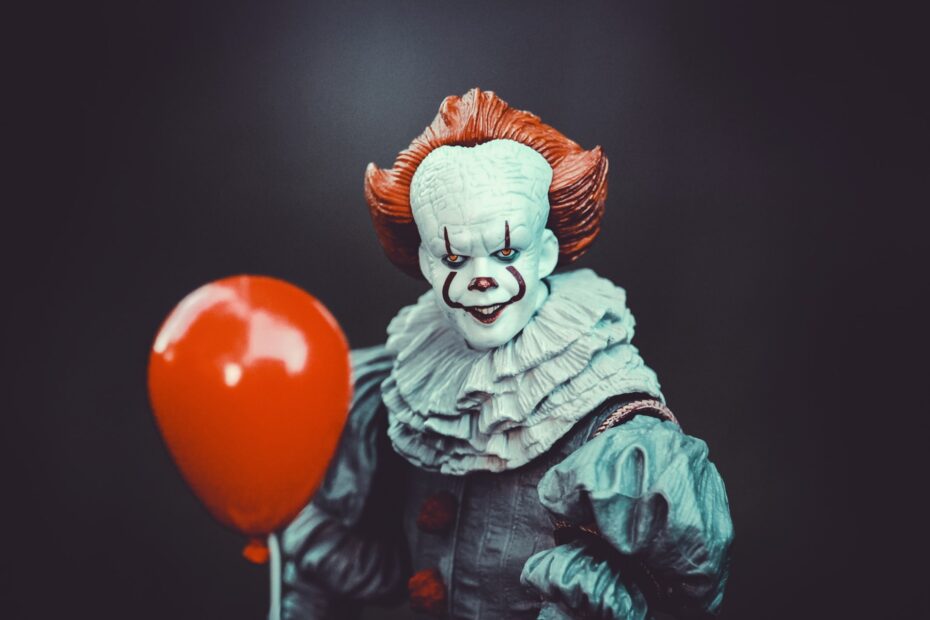 To me, clown phobias are similar to doll phobias: I don’t have either of them, but I certainly get it.

Doll phobias are probably as simple as the uncanny valley: things that look like people but aren’t people can be a little creepy. Stop staring at me, porcelain doll!

The idea of a living doll, benevolent or not, also has a historical context in the mythology and stories of a number of cultures. In horror literature, killer doll stories have popped up for centuries, and they’ve been popular in horror movies since at least the 1920s.

The evil clown trope is a bit more modern. There were a handful of evil clown horror stories before the twentieth century, but they were not nearly as popular as they are now. I’ve also seen people cite He Who Gets Slapped (1924) as the first creepy clown movie, but it doesn’t really fit. Like a lot of pre-code movies, He Who Gets Slapped is delightfully weird and disturbing, but the clown himself isn’t meant to be creepy; he’s a tragic character.

I’ve seen publications cite the 1940s introduction of the Joker from Batman as the origin of the scary clown in horror. I certainly agree that there is a whole lot of that character in the trope. John Wayne Gacy, the real-life killer clown, probably didn’t help, either. However, I would argue that another reason for the popularity of the killer clown we see today might be the change of social attitudes in the twentieth century.

You see, circus horror is not a new thing. There were tons of circuses in early horror movies. Circuses are loud, bright, and overstimulating. They’re the perfect setting for a weird horror movie. However, older circus horror films didn’t tend to focus on the clowns; they tended to focus on the sideshow. This brings us to the very awkward topic of circus freaks. For over a century, circus freaks were almost exclusively people with severe disabilities and medical conditions.

In other words, good old-fashioned ableism.

According to the article “The Rise and Fall of Circus Freakshows,” by Zachary Crockett, critics had been calling sideshows “degrading” since at least the mid-nineteenth century. Later, in the early and mid-twentieth century, the circuses’ treatment of the performers became increasingly called into question by more and more critics. The performers were often abused by the circuses and the audiences. Disability support didn’t start in the U.S. until 1956, and a lot of people felt they had no choice.

The tragedy of the whole thing is that many of them were right. When the sideshow eventually shifted away from the freak show, a lot of the former performers spent the rest of their lives in poverty. Society was changing enough to recognize the wrongs of the sideshow, but it would take time for it to realize that it needed to give people a better option.

In the mid-twentieth century, the sideshow changed forms. There remained the occasional, smaller circus that would do the traditional sideshow with the “freaks,” but major circuses tended to shift the focus to people who intentionally altered their bodies and people with unique talents.

This shift largely stuck, and that still tends to be the standard for sideshows in most circuses today. The traditional sideshow pops up somewhat rarely, and audiences rudely leering at people with physical disabilities are mostly relegated to the internet and TLC’s programming.

Not a whole lot better, admittedly, but it did change the way circuses were run.

In horror, that meant that the oldie but goodie setting of the circus had to be changed a little bit. We still like the circus, it’s still a good setting, but maybe we can focus less on demonizing people with microcephaly and more on the general atmosphere of the circus. But who, dear reader, is the most notable symbol of the circus? Who represents the gaudy strangeness of this strange world?

Well, I was gonna say the lion tamer, but clowns are a close second.

The makeup! The costumes! The bright colors! The John Wayne Gacy! All of it adds up to a pretty obvious choice for a horror villain.

The nice thing about a clown is that, much like your traditional masked slasher villain, you can’t see the person behind the makeup. All you can see is the exaggerated expressions and the bright colors. It’s sort of the opposite of the uncanny valley, when you think about it. Instead of being creeped out by an inanimate object meant to look like a person, we’re creeped out by a person being made to look like he isn’t.

Clowns make for great horror villains in other ways, as well. The humor style is very physical and absurd, and a good writer can use that humor style in very dark and creepy ways. Clown humor is very silly, silliness can be seen as childlike, and as we’ve discussed before, people tend to find childlike villains disturbing.

The downside, of course, is that no one wants to go to the circus with me anymore, because they’re all afraid of clowns.