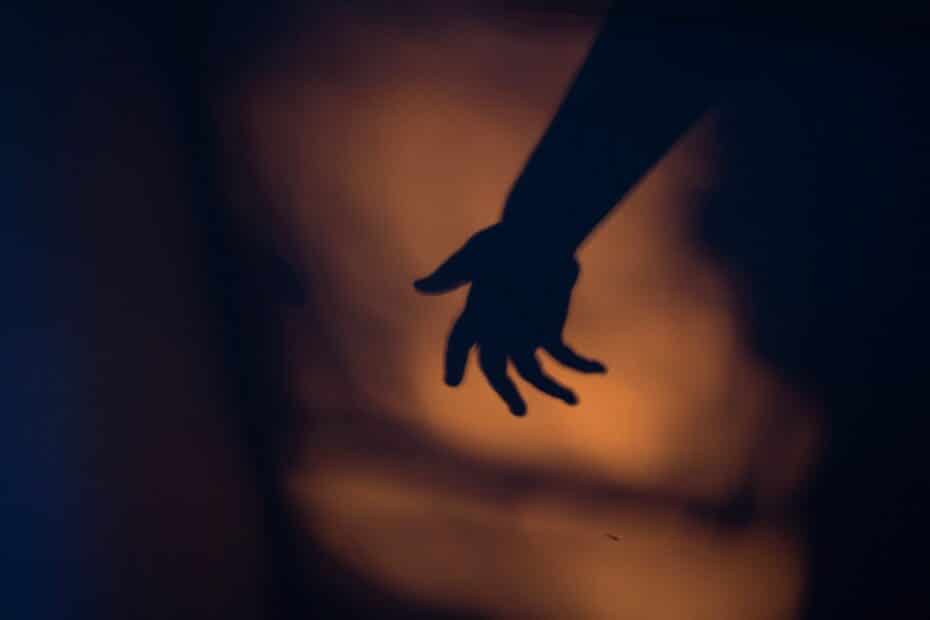 Released in the USA in early May 2021, "Initiation (2020)" was produced by Shatterproof Films and Distributed by Saban Films.

Executive-Produced by Anton Andreacchio and Nicholas Chen, the Initiation was nominated for Best Motion Picture-Official Fantàstic Competition at the Catalonian International Film Festival.

With LaVanchy’s involvement, the comparison of Initiation as Gen Z’s Answer to SCREAM is understandable. The teen-horror SCREAM (1996) presented film-goers with a funny, suspenseful, somewhat gruesome classic. But, unfortunately, Initiation does not live up to its precursor.

Writer-Director John Berardo presents the audience with a slick, stylish, stereotypical view of campus life. This watered-down slasher-horror film features a brother and sister team, Ellery and Wes Scott, both newly joined members of the Greek system at Whiton University. Initially estranged by their newly established positions in the collegiate social structure, they eventually combine forces to investigate the horrific deaths of fellow students by a drill-wielding, hockey mask-wearing psychopath. 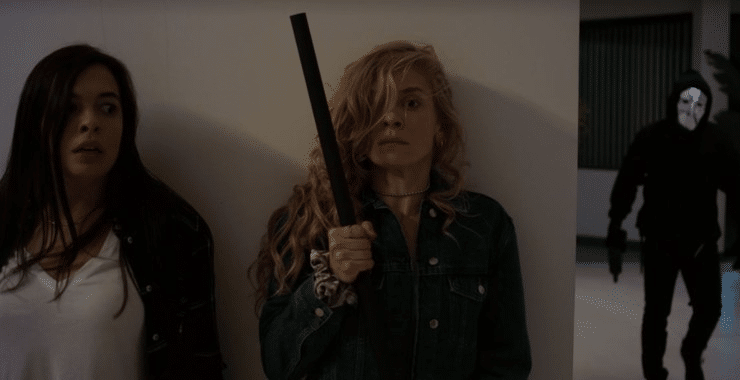 The plethora of themes running congruently throughout Initiation is exhausting. In a blatant appeal to Gen Z, the exclamation point “!” is used both in the quirky spelling of the film’s title and as a plot device.

The main story, a campus serial killer, combined with continuous connectivity through social media, should provide for a gratifying two hours. However, the writer’s attempt, unsuccessfully, to weave numerous social justice motifs into the Initiation’s main story-line is cumbersome.

While the points made are arguably valid regarding campus assault, hazing, and generalized collegiate behavior. Sadly, there are too many – all underdeveloped. This attempt to include everything leaves the film overburdened and without depth.

The problem? Initiation struggled to choose a message: pop horror or social commentary. And, in its attempt to be all things to all audiences… slasher, blockbuster, and a social comment highlighting the evils of misogynistic campus life- the film fails miserably.

The visual experimentation and stylized screen FX are creative, almost impressive. However, the predictability and notable lack of true terror make Initiation tedious.

The film can claim a few solid acting performances; Ellery Scott (LaVancy) portrays a believable character, while Detective Fitzgerald (Butler) demonstrates her vast TV experience. But regrettably, few if any of the characters engender enough empathy to maintain interest.

Initiation is good casual entertainment for an evening in, alone, or with friends. But, it won’t have you hiding under the covers, and you won’t mind if you need to pause the film to walk the dog.

Check out this official trailer for “Initiation!”

previousThe Craft: Legacy, A Review
nextThe Devil Below, A Review