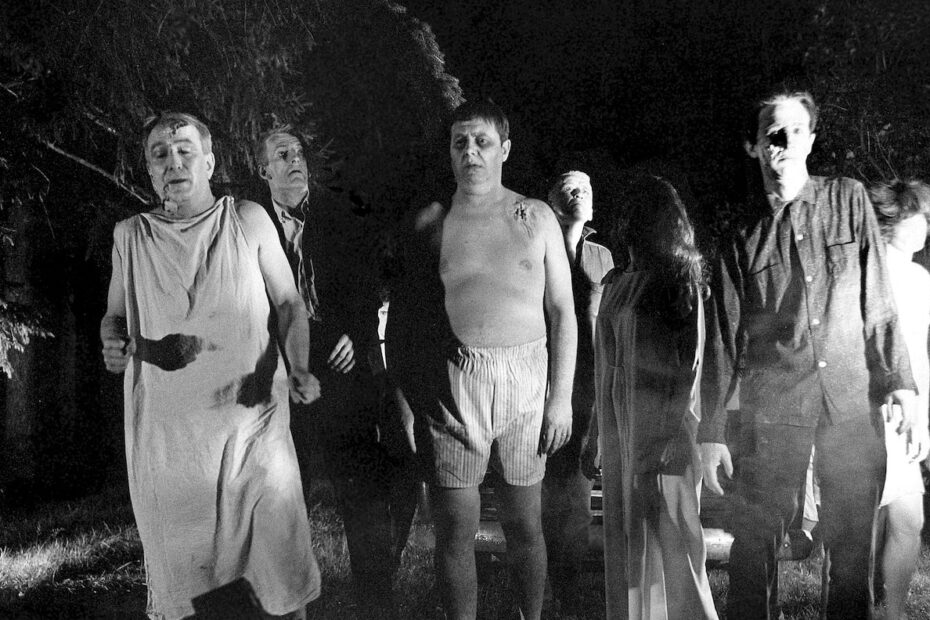 Comparing both versions of "Night" ... Sometimes things are better left as they are: What if a facelift made you almost unrecognizable?

Everyone loves a good zombie movie, the fear, desperation, and classic sense of hopelessness. But despite all odds, realizing that there is even the slightest chance of survival makes the blood run cold and your heartbeat quicken. That is the synergistic energy that creates lasting horror. George Romero, the Godfather of Horror, had his finger on the pulse. Romero breathed new life into Zombie lore. He brought them lumbering into our homes and consciousness with the cult classic Night of the Living Dead (1968).

I remember it was Christmas morning 1988. And with the gift of my mother’s first VHS player came a copy of this classic horror, Night of the Living Dead. I recall being scared out of my wits. My young mind could hardly withstand the imaginings of decaying corpses and hordes of putrid walkers. And their one unrelenting desire to hunt and devour without provocation was beyond terrifying. It was the material of the darkest nightmares. And that old black and white haunt will forever keep its place in history as cinematic horror gold.

Over time someone decides a rework is necessary and breathes new life into a project. Romero’s Night of the Living Dead got similar treatment with a (1990) remake. While the basic plot and story-line remained intact, a bit of creative license made the remake a different movie. I am one whose excitement for a great remake matches my exuberance for a new release. It is eye-opening to see what a director or producer can do with modern tools, technologies, and advancements. But, this time, both time and movie magic did quite a number on George Romero’s piece.

Night of the Living Dead (1968) cast includes seven, Barbara, Ben, Tom, Judy Rose, and the Coopers, Helen, Harry, and Karen. The original is in black and white, while the remastered version is in color. The basic plot involves a lady in distress. Barbara seeks refuge after a chance zombie encounter. And in her stupor, she finds a house that appears abandoned. Right before clearing the house after seeing a corpse, she chances upon Ben. They both try to collaborate to survive the emerging apocalypse. Yet, to Ben’s dismay, Barbara is not much help. But together, they continue their efforts until discovering others hiding in the cellar. The story moves quickly from there. Fans watch the growing tension between the survivors as they try to devise a survival plan. It becomes evident that the females are helpless in this situation. Barbara is pretty much catatonic. Helen does little to rock the boat with Harry, who ignores her wishes. And Judy follows Tom around like a lost puppy. Ben attempts to take charge as he is the aggressive type.  Ben does not get far. His disputes with Tom are debilitating. With that combination, it is not hard to see that things will go south. And well, it does. Chaos ensues.

As the chaos ensues, viewers discover the possible origin of the flesh-eating zombies in Night of the Living Dead. The ongoing reports contend the mutants result from a rocket explosion releasing unmeasurable radiation into the atmosphere. And the only way to stay alive is to locate survival stations under military protection. But sadly, no one survives the night. Tom and Judy die horrifically in a plot gone awry. Harry is his zombie daughter’s midnight snack. And Barbara’s brother, tongue in cheek, came to get her. Helen dies a most unlikely death; she receives the spade from her zombie daughter. Alas, Ben meets his demise at the hands of a zombie-killing watch party. They don’t even check his humanity before executing him. 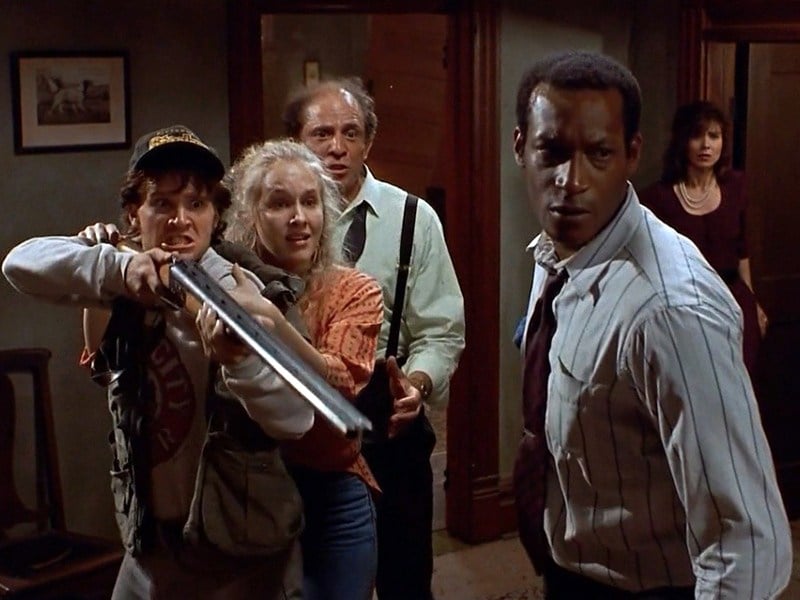 In the 1990 version of Night of the Living Dead there are several noticeable differences.

The characters remain the same, but their characterizations are a bit different. The update shows a shift in thinking and perspective. The female characters are no weaklings. Each woman is decisive and leads with guts and bravery. And Barbara is the leading lady. This Barbara is not a desperate damsel in distress. She is the kick-butt heroine, much like Sigourney Weaver of Alien (1979). The male characters in this version of Night of the Living Dead maintain the same character nuances. However, they now follow the leads of our heroines.

Not only is there a shift in characterization, but there is a shift in theory. No longer is radiation mentioned as a probable cause of the outbreak. The belief is that the outbreak results from a chemical spill, virus, or a germ. And this new retelling also offers a shift in how the characters meet their demise. While Helen still dies at the hands of her daughter, she is eaten rather than spaded. Tom and his girlfriend still bite the bullet in an explosion. But the outcome changes tremendously for the others. Barbara survives it all and goes to retrieve help. Ben becomes a zombie and still gets a bullet in the head from the rag-tag zombie kill party. But Harry Cooper survives and gets a bullet to the head from none other than Barbara herself. This is definitely a different Night of the Living Dead.

Never before have I seen such a shift. Not saying it was utterly horrible, but not the same movie. This remake of Night of the Living Dead represents the impact of time on storytelling. Sometimes that is enough to say let classic movies stay as they are. But the movie was entertaining, and as I watched it, I kept wondering, given this redo, what a 2021 remake would bring.

Take a peek at this short trailer for the 1990 version of “Night of the Living Dead.”

The Djinn, A Review

previousThe Horror of the Flood
nextExploring Tropes in Until Dawn