Home > The Djinn, A Review

The Djinn, A Review 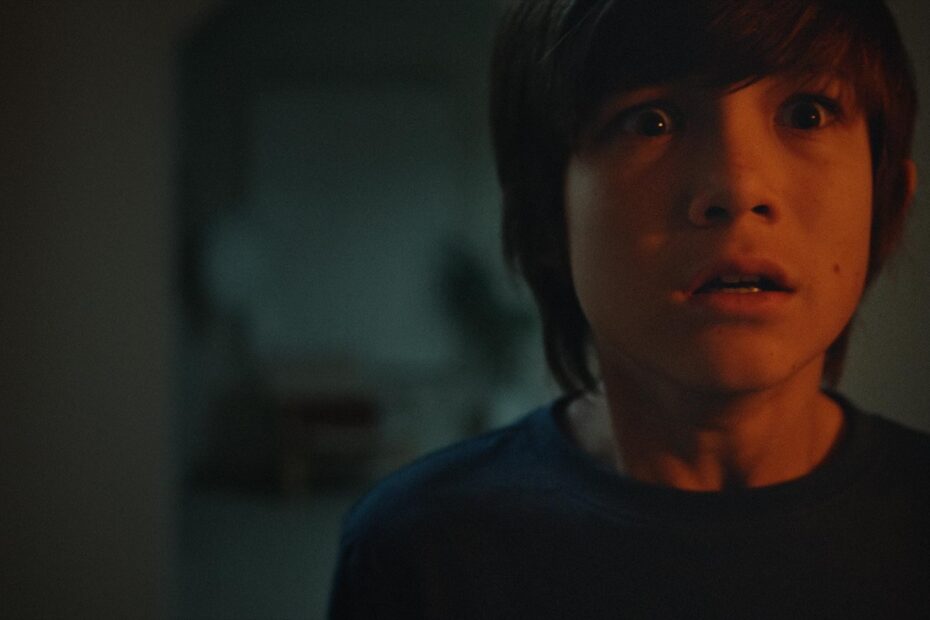 What if wishes came with horrific clauses? Do we dare find out in “The Djinn?”

David Charbonier and Justin Powell attempt to restructure the face of a classic tale with The Djinn (2021). This genie tale teases a dark and sinister plot, ultimately begging the question… What if wishes came with horrific clauses?

The Djinn starts with great promise. After all, who doesn’t love a terrifying twist on an age-old tale? And the writers’ creative attempts at meshing horror elements does not go without recognition. Horror fans can easily pick out the aspects of invocation, black magic, and shapeshifting. But, these are also fundamental characteristics of a classic Djinn tale. So, where does the film divert from the average horror flick? At its core, the movie is pure survival horror. But, an additive pinch of sensory-themed horror gives it a unique perspective.

The premise is well-meaning. However, blatant foreshadowing makes the writer’s intent obvious early in the movie. We get it; there is a moral to the story. But, the message, “Be careful what you wish for,”  is a bit cliche. And, the elements of allusion overpower any creative storytelling.  So fundamentally, the plot is overly simplified, leaving little to the imagination.

The Djinn starts with Dylan, played by Ezra Dewey, and his father, Rob Brownstein, moving into an apartment. But, there is no evidence or mention of the boy’s mother. A missing plot element is an artful tool, as with correct use, it builds intrigue. However, the successful execution of this plot point falls short. There is no full exploration into the absence of the mother to help strengthen the plot. And, even with the small revelations later in the film, there remain too many gaps in the story-line.

There is also an undue sense of urgency in The Djinn. The boy and his father adjust pretty quickly to the new move. Within the first 20 minutes, we are in the thick of the plot. But, there is so much more that we need to know. 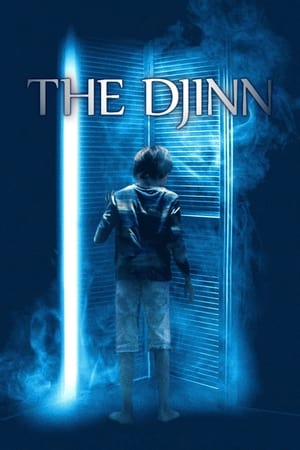 Now, the inclusion of subtle clues gives some insight, but not quite enough. The careful placement of an inhaler indicates an asthmatic condition. Then there is a mere glance at the neighbor’s demonstrating a deep longing. And, a brief exchange reveals Dylan’s inability to speak. Thus, it becomes clear that Dylan is a boy in need. But, there is not enough substance to drive the point of desperation.

Yet, at this point, there remains hope that the revelations will come. But, then come to the subliminal and overt warnings  However,  these ominous clues do not escape the attention of the viewers. But, Dylan seems to miss or ignore the signs, which emphasizes the element of classic folly, or blinding ignorance prevalent in general horror tropes. And, so the fate of The Djinn is sealed. From that point, it becomes pretty obvious what is on the horizon.

I wanted this movie to be good so badly, but there are too many weaknesses in the storytelling. For instance, Dylan manages to stumble across odd and ancient artifacts. Those things just happen to be the items he needs, which are a little bit too convenient. It does not help that The Djinn progresses along a typical arc either. A boy seeks trouble, finds trouble, and then pays dearly.

There is a noticeable lack of substance. The movie is severely minimalist!  The son (Dylan Jacobs), the father (Michael Jacobs), the mother (Michelle Jacobs), and the Djinn are the primary characters. But, only the boy and the monster are present in most of the movie. There is little dialogue, given the inclusion of the sensory element, but heavy reliance on expressionism and other horror elements. Ezra Dewey does an absolutely terrific job of conveying that emotion. However, the rest of the elements are formulaic, which results in a classic game of cat and mouse around the confines of a small apartment. And, that makes for a lackluster build-up.

Unfortunately, the writers ride the train of mediocrity to the very end. At the end of the film, there are still too many unanswered questions. Rather than adding some exciting points or bringing forth some new revelations, The Djinn story revisits earlier thematic clues. The only possible hope rests with the presentation of one final twist. But, alas even the twist is nothing extraordinary.

The Djinn is far from a high-octane horror film.  There are very few actual scares. The writers throw in a couple of cinematic nuances to create a few jumps. And, there is a glimpse or two of the monster (Djinn) to invoke fear. But overall, I tend to think it misses the mark. And, although it is a decent flick, The Djinn is more of a fable with dark undertones than a true horror film.

previousInterview With Vaughn A. Jackson, Touched By Shadows
nextScientific Theory In Victorian Horror