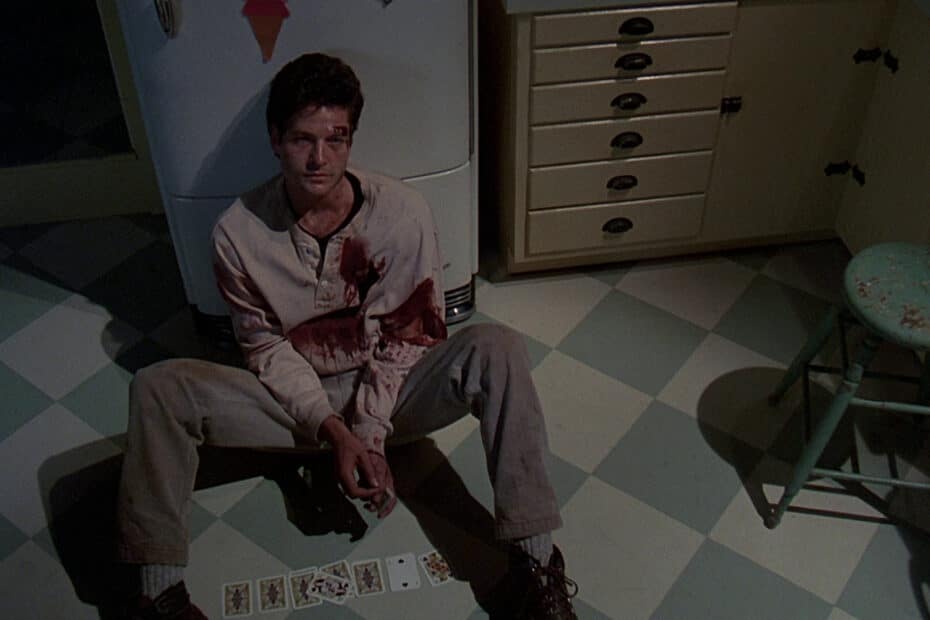 Because not all horror dads are terrible...

With Father’s Day at this time of the year, I thought I’d take the time to appreciate the great dads within the horror genre. Dads, I feel, are genuinely underappreciated in this genre–moms get all the credit, and for good reason, I’m not saying they don’t deserve it! But, today, let us tip our hats to who I think are the greatest fathers/father figures within the horror genre. Sorry Freddie and Michael…maybe next year?

Lee Abbot is the patriarchal head of the Abbott family in A Quiet Place, and I can safely say that he was the best of all of us. He loved his kids and his wife and [spoilers] he died protecting them; he was always thinking of not just their survival, but their happiness and comfort in a post-apocalyptic world, especially after losing a child. Lee’s motivations were always noble in my opinion, and losing him made me feel like I lost my own dad.

I’m just gonna say it: Hugh Crain did the best he could for his children as a dad. During the first season of the hit Netflix show The Haunting of Hill House, the Crain family was torn by tragedy, secrets, and resentment that boiled to the surface over a 20-year period… but could have easily been reconciled if the Crain family, mainly Hugh, had communicated better and was just honest about what happened that fateful night in 1992. Not a perfect father, but still a good one as he clearly loved his children and tried to do right by them until the very end.

In another ‘A for Effort’ move, Louis Creed doesn’t make the best choices, but the intentions are good; he is a loyal husband and dad, and while in his grief he makes what can only be considered as one of the worst decisions to be made in a horror movie, he does do it out of the love of his family. They say that the road to hell is paved with good intentions, and well…that’s Louis’ situation.

He’s the king of Dad Jokes, but also killing his evil twin. Gabe, I feel, doesn’t get enough credit. The man can go from lovable dork to ‘I will literally rip you in half if you put a hand on my kids or my wife!,’ and he also knows when to step back and let said wife and/or kids handle it. He trusts his family and is with them always, even when this giant bear of a man is disabled after being stabbed in the leg. I wish there were more dads like Gabe in the horror genre, but I wouldn’t want to ruin a good thing.

Bravery is being scared shitless, but doing it anyway; and by-golly, Steven does just that! He’s the every dad we knew as a kid, thrown into a situation where most people would be like ‘screw this,’ pack up the car, and leave. He doesn’t, for obvious reasons, but it’s his persistence to keep at it until it’s over that I appreciate. He’s a dedicated husband and dad, and even in the face of some really weird things, he sticks with it.

Any dad that goes to a creep, alternate, ‘other side’ dimension to get his kid is a-okay with me, even if they think it’s all absolutely ridiculous! Josh is the kind of dad who’s a bit of a realist, and it takes him some time to get behind the whole ‘Further’ idea–but deep down, he just wants what’s best for his kids…even if that means fighting a demon, who has a weird obsession with a Tiny Tim song. 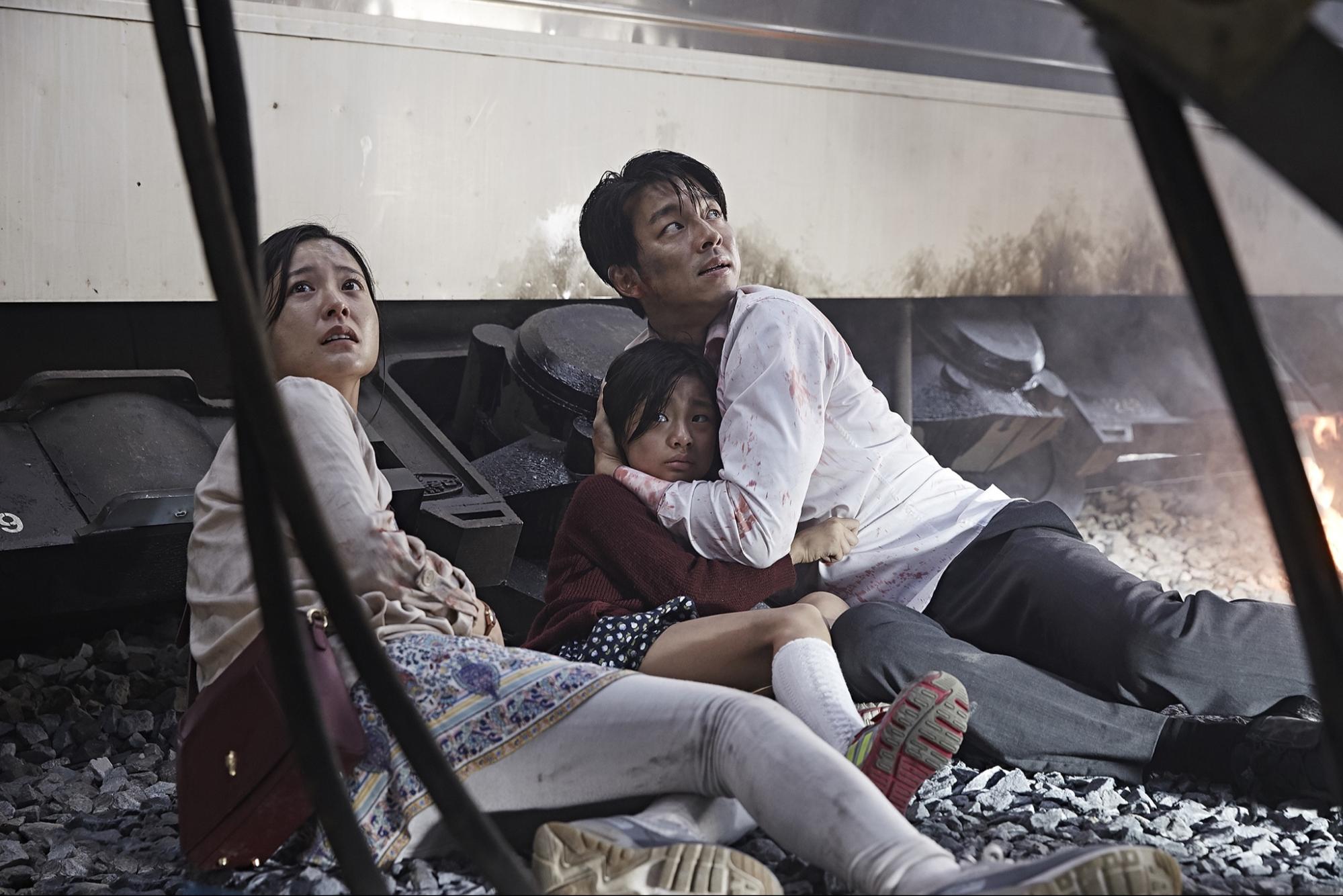 Just hear me out! Yeah–this guy is a piece of crap…until he isn’t! He’s a workaholic, self centered jerk, but when zombies take over a train, and he sees his little girl shine and find herself within the chaos, he’s on top of it. Seok-Woo isn’t a perfect dad, but the man tries his darndest and makes the ultimate sacrifice, to make sure his daughter survives the train ride from hell and the zombie apocalypse.

What’s worse than a pissed-off mom? An even meaner pissed-off dad. The scene that sticks in my mind regarding this dad, is the end where he takes the ultimate revenge on a man who violated his daughter and left her for dead. Dr. Collingsworth pulls no punches, he gets to the point; he is loyal to his family and anybody that dares to hurt those he loves dearly is in for a rude awakening.

I was really hesitant about putting good ol’ Dave on the list because of how this movie ends; however, I can’t fault the man for doing what he thought was best for his kid. Does that justify what happened? I don’t think so. But, it’s not up for me to decide. What I can say is that David is thrown into a weird situation, and his main priority is protecting his son–and to his credit, he does that until the very end. We can argue for hours about the difference between book David and movie David in this Stephen King adaptation, but then we’d be here all day–and I don’t have that kind of time.

You’re still a dad if you lose a child, and you’re still especially a good dad if you end up adopting a secret government experiment going through the throes of puberty. All things considered, Hop was a good dad pre-Stranger Things, and became an even better dad when he adopted Eleven/Jane in the later seasons. He’s the stereotypical 80’s dad, but that’s what makes him so great! He’s an ultimate papa bear with so much love for his daughter(s) and is literally willing to fight everything and everyone to make sure that his little ones are taken care of and safe. I genuinely cannot wait to see how season four plays out, after his sacrifice during the season three finale.

Check out the trailer for Season 4 of “Stranger Things!”

Mortal Kombat Isn’t Horror…Or Is it? 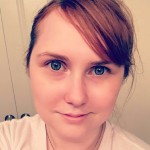