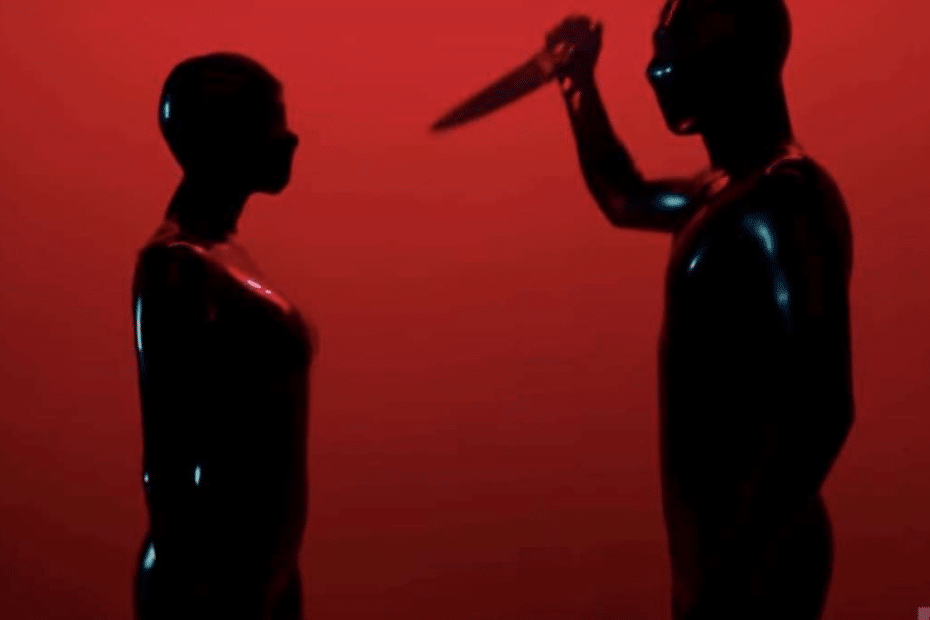 A Steamy Summer Horror Review For The Spinoff Of "American Horror Story" ...

The FX show American Horror Story (2011) has finally, after years of feral fear and explicit violence, released a spinoff show that touched down in the horror genre last week for the first time this summer. The series American Horror Stories (2021) is based off the reality where murder is seen as cool rather than bad, sexual tension is always strong, and ghosts are rather fashionable over fearful. The premiere episode, which was a two-part episode, took fans back to 2011 and the famous AMS ‘Murder House,’ with a queer family and their teenage daughter, with violent tendencies.

The first two episodes of American Horror Stories start off with a familiar tone, following the life of a teenage girl, Scarlett played by Sierra McCormick, who moves into LA’s Murder House with her fathers, who are house flippers that want the money associated with murder and tourism. Unfortunately for Troy, played by Gavin Creel, and Michael, played by Matt Borner, they were overly optimistic with their goals surrounding the house… and obviously had no prior knowledge of the events that happen to couples there. With the established story from the previous series, there is more room in this tale for murder, sexual exploration, and perversion. Every scene through the first two episodes explores the depths of the human mind and deviancy that is shown most in the character of Scarlett.

Scarlett, who was not keen on moving to the famous Murder House, soon discovers the infamous rubber suit and immediately puts it on, proving she has no in-depth knowledge of the first American Horror Story (2011) season. While the suit fits her perfectly, she gets an uneasy sensation that transfers to the audience and decides to throw the suit away, which doesn’t do much good and finds its way back into her closet. The story continually gets stranger and more intimate between Scarlett and her fathers, as well as her bullies and friends at school. The filmmakers do an amazing job at emphasizing her continual deteriorating psyche within the house, that is presented as its own character, through strange downward angles and close up camera shots, which seems to give the audience feelings of paranoia and insanity. Her violent tendencies and sexual perversion rot her mind while living in the house, and every time she wears the suit, even to the point where she falls in love with one of the ghosts… and then the ghost murders her fathers to keep Scarlett there forever.

As the episode of American Horror Stories continues, the audience is made aware that Scarlett has a traumatizing past that results in her watching violent porn, mixing horror and sexuality that is seen throughout the producer, Ryan Murphy’s prior works, as well as several horror films and shows. Soon after this is discovered, Scarlett gets humiliated online, in front of her fellow students in high school. The episode soon turns much darker, echoing the tones of Tate and school shooter vibes heavily, even to the point where the filmmakers include the infamous whistling that he did during the shooting. However amazing the first episode was, the second began to fall apart in the terror department, with the incorporation of the romantic relationship of Scarlett and her ghost girlfriend, and the strange and ridiculous incorporation of her moving away and murdering the ghost’s captor.

The first two episodes of American Horror Stories are amazing in the way they pay homage to several different horror films and shows, such as the transformation that Scarlett goes through in the end that is extremely similar to the personal transformation that occurs in the show Dexter (2006). Of course, the show also pays homage to the original American Horror Story through its characters, stories, camera angles, and general fear and anxiety forced in the viewers. The usage of the house as a character, which was also seen in the original series, can also been seen in various horror films such as Dark Water (2002), where the apartment is strikingly similar to the idea of the Murder House.

All in all, the first two part episode of the new spinoff, American Horror Stories, gave everything the fans have been wanting… additional story-lines, horror factors mixed with sexuality and perversion, and of course, violent murder. This all leaves the viewers awake for hours after watching it. The episodes do not disappoint in scare factor, with strange and unsettling camera angles and horrifying characters. It is still unclear whether the episodes to be released will relate to the former episodes or any AHS stories in general, as Ryan Murphy has not explicitly stated what the spinoff hopes to achieve. The next episode will be released this upcoming Thursday, on Hulu, and if it follows the same tone of the first two, it will not disappoint.

Here is the FX trailer for the first season of “American Horror Stories!”