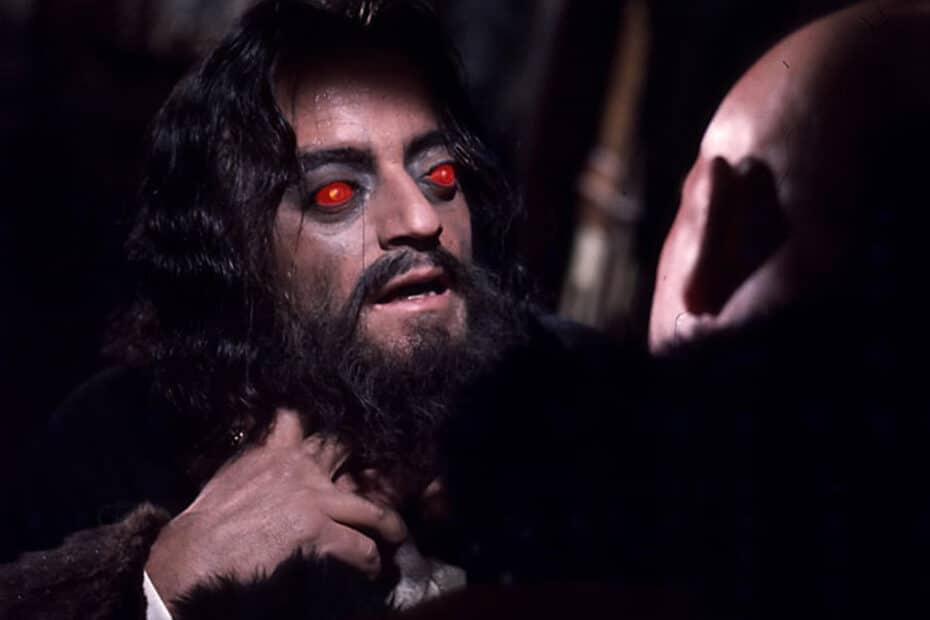 All Aboard The Horror Express For A Scary Review!

The horror film Horror Express (1972), which may be familiar to avid horror film enthusiasts, is a B-rated movie that proves to have little aspirations to be anything more. However, the story is convincing and the characters seem real, which makes the film rather enjoyable to watch. While cheesy at times, due to the age of the film and recent advances in technology and cinema, it is really entertaining.

Horror Express was originally released by a Spanish production company, starring famous horror film actors such as Christopher Lee and Peter Cushing, which boosts the story of the film significantly. The story, which is surrounding a possible missing link specimen, turns dark rather quickly into the film, as individuals on the train transporting the specimen begin dying from strange circumstances. The creature throughout the movie begins taking human hosts and pretending to be them. However, that doesn’t happen until much later through the film. The first half of Horror Express mainly consists of anthropologist Alexander Saxton trying to hide exactly what he is transporting in the large box on the train, that he believes may be the evidence needed to prove evolution, which may leave viewers a bit bored as the story progresses slowly. 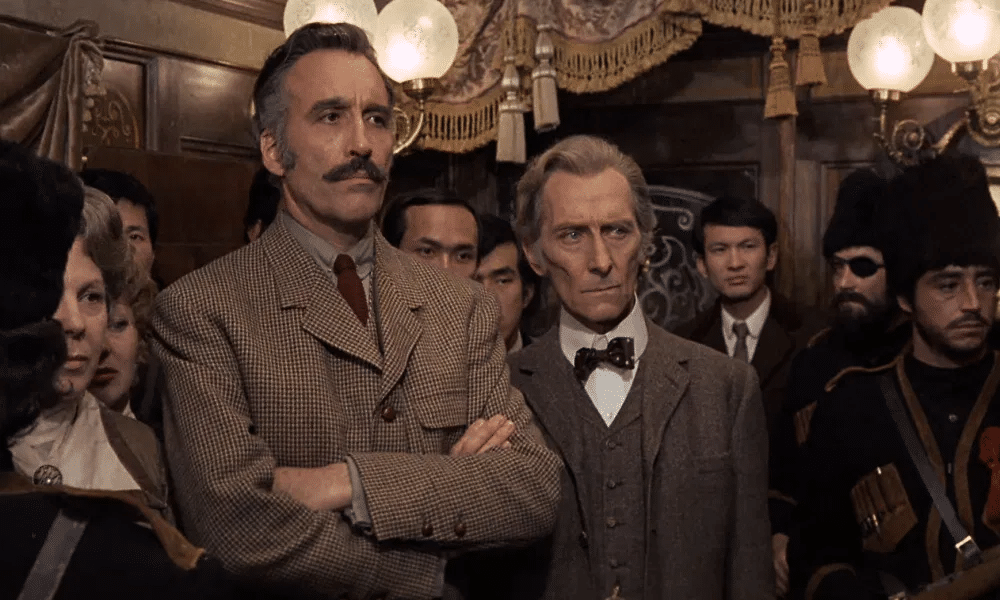 The variety of characters on the long haul train trip in Horror Express would normally result in a massive amount of gossip and chaos, the invasion of the monster stealing people’s memories keep the crew close knit and within eyesight of each other for most of the film, in fear for their lives. The monster in Horror Express is rather unique, as it inhabits a host and has no physical form, and it survives off the memories of those it kills. Its glowing red, lifeless eye will send shivers down any viewers’ spin. After the monster murders its victims, the bodies are left with dead, white, empty eyes that are strangely unsettling. As the story progresses, Dr. Wells, Mr. Saxton’s rival, discovers through dissection of the brain, that the monster literally absorbs memories, leaving the brain unnaturally smooth. Soon the viewers are made aware that the monster is from space and has been on Earth since before dinosaurs walked the Earth, and it does not want to be on Earth any longer.

While Horror Express is rather straightforward and one dimensional, it does include some intellectual themes, such as the debate between science and religion… as Mr. Saxton is a man of science, representing logical explanations for strange occurrences, and the Russian monk is a man of religion, that the monster inhibits. Up until the end of Horror Express, this battle between religion and science is continued, with neither side prevailing in the end, and the film taking a sharp turn, literally, off the tracks of horror and into a strange sci-fi-like ending.

Horror Express is available for rent on Amazon prime video, and it is a great addition to your horror film library, mainly for nostalgia and fun.

Check out the frightening trailer for “Horror Express!”