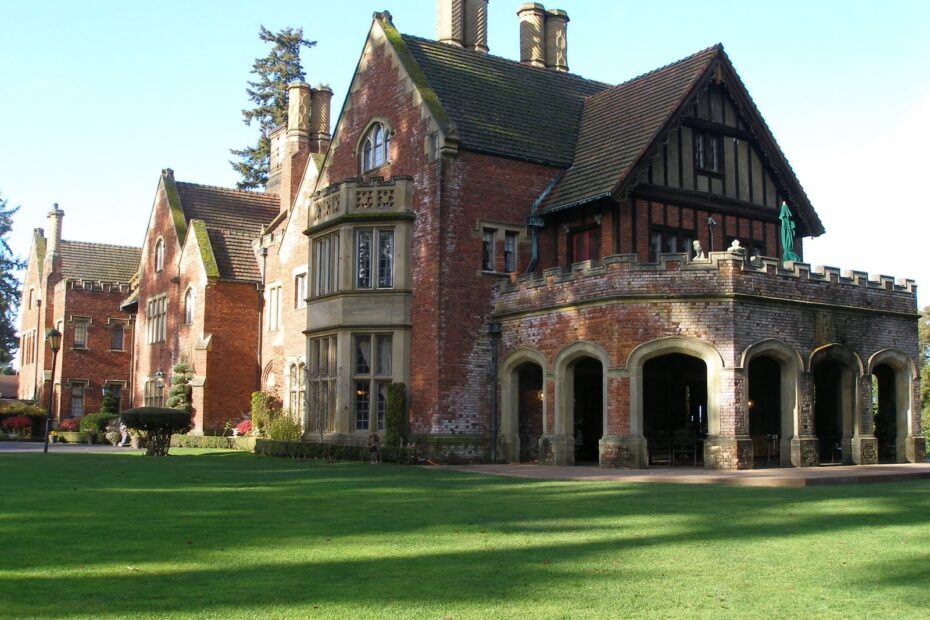 There is mastery in a story within a story for Rose Red.

Welcome to King’s world, and welcome to Rose Red (2002)! Stephen King’s mind and methods are fascinating. It is King’s unique style that sets him apart from other authors in the horror genre. His ability to fabricate horror out of the most mundane is magical. And, his uncanny way of blending realism and horror is incomparable. In fact, it is not odd to see the likeness of his characters in your next-door neighbor, downtown pharmacist, or church deacon. King’s characters are authentic, and that is terrifying. But it is the interpretations of his works on film, which raise the intensity to a whole new level.

Rose Red is a horror mini-series that first made its debut in 2002. While not widely known at the time, the twisty tale finds its genesis in a literary work not authored by King. Rose Red is based on the Diary of Ellen Rimbauer, written by Ridley Pearson. Although not wholly formed from the clay of King’s consciousness, Red Rose bears his imprint nonetheless.

The opening of Rose Red is poetic.

Rose Red begins with a gentle narration. The narrator’s soft and lilting tone provides the perfect contrast to the tale of woe she weaves. She puts everything in juxtaposition. And like a butterfly, the mind flits between the opposing elements trying to balance narrative verse and its dissonant score. As she continues with her horrors, the camera guides the eye across the gorgeous estate and terrifying ghosts that lurk in the shadows. And, one can not help but fall in love with the imagery. But then King, as he so often does, unsettles his fans. And within the first 15 minutes,  King proves why he is the master of horror.

No one does a Russian Doll motif as Stephen King does… especially in Rose Red...

King weaves stories within stories. In Rose Red, there is just so much to digest.  The series opens with a massive scurrying about the manor. And no one has clarity on what underlies the chaos. There is simply an atmosphere of madness.

At first glance, the cast of characters in Rose Red proves to be an eclectic bunch. And, it is not entirely clear why they are in this setting in the first place. Yet, it is not long before King gives revelation through the advancement of the plot.  The characters are at the manor at the behest of Professor Reardon (Nancy Travis), who is spearheading an investigation. And, unbeknownst to the characters, each is a crucial piece of the puzzle.

King lures his viewers with breadcrumbs in Rose Red.

As the series progresses, King carefully lays a trail of breadcrumbs via dialogue and characterization. Each clue sheds light on the unique nature of each character. As it turns out, each character has a psychic gift. But, this is not so surprising. Psychic abilities are signature traits in King’s characters, and so it holds up in Rose Red. Characters with psychic abilities are also found in Carrie (1976), The Shining (1980), Dead Zone (1983), Firestarter (1984), IT (1990), The Stand (1994), Doctor Sleep (2019), and The Outsider (2020).

In Rose Red, Annie Wheaton (Kimberly Brown) is a conduit and the key to Reardon’s plans. Emery Waterman (Matt Ross) can see and even exercise some measure of control over ghosts. Cathy Kramer (Judith Ivey) is a transcriber for the dead. And Julian Sands is a mind reader. Together they can and do unlock ‘Rose Red.’

And that brings us to Rose Red, itself…

‘Rose Red’ is the unofficial main character of the story. At first glance, the entire movie seems to center around Ellen Rimbauer. However, as the viewer slowly uncovers Ellen Rimbauer’s account, they discover that the primary haunt is ‘Rose Red.’ The manor is the monster of all monsters.

The story of Rose Red begins with Ellen. And, it is Rimbauers broken heart that gives rise to the all-consuming estate. As mentioned in the movie, “It was she who designed the house to hurt others as she was hurt!”

There is more Beneath the Surface of Rose Red.

What is even more amazing about this piece is its more profound significance. Although not in your face, King relays a cautionary moral. Be wary of all-consuming anger, which unchecked can take on a life of its own. Rimbauer’s rage, like a battery, powered the monster well after her death.

Hat’s off to King, for few writers can convey such complexities in film.

Cutting to the marrow of the Rose Red story.

Rose Red flows nicely from the opening to the end credits. There are layers to the terror-inducing techniques in this film. There are some anticipated jump scares. However, these moments are balanced by more nuanced scenes, which induce more profound levels of fear. The biggest weakness in this film would have to be the special effects. The artistry makes some of the apparitions look laughable. For example, The ghostly forms of Ellen and Sukeena (Ellen’s maid) are reminiscent of the crypt keeper in Tales from the Crypt (1989). But that aside, this series was one of the best horror renderings to be done. And, it is well worth the watch.

Take a peek at the trailer for “Rose Red” … if you dare!

previousAgatha Christie’s AND THEN THERE WERE NONE
next“Black Summer” Guests, Joining Dead Talk July 19th!