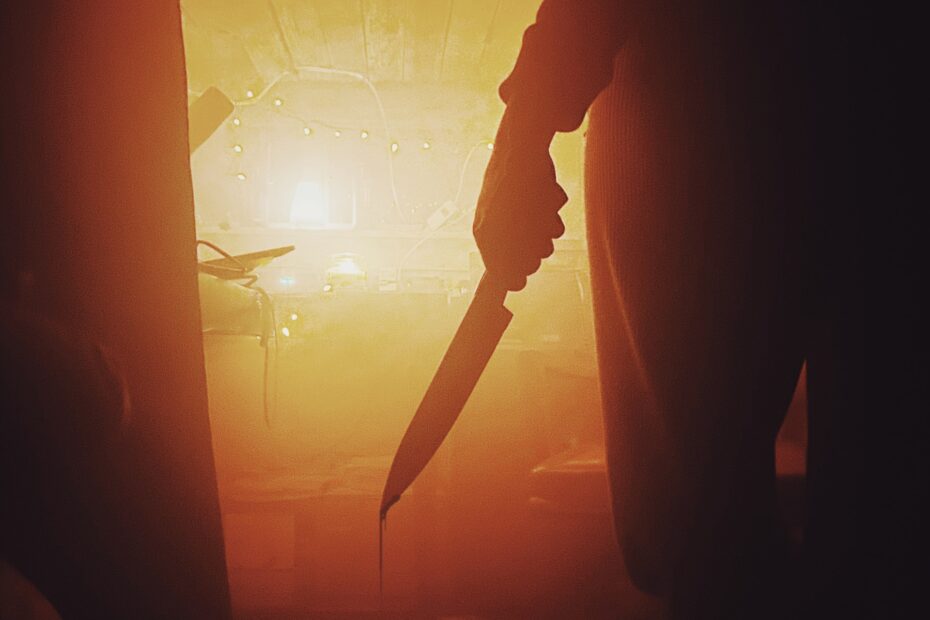 Something old, something new, something to keep you up at night this August...

A psychotherapist (Adrien Brody), still reeling from the loss of his daughter, moves to Sydney, Australia with his wife to try and move on with their lives. He starts a therapy practice and spends his days treating patients recommended by a close friend (Sam Neill), but he begins to realize they all share a haunting similarity between them. This leads him on a dark journey back home, to retrace his steps to uncover a secret from his long buried past to finally ease his suffering and put old ghosts to rest.

Set during the first outbreak of the bubonic plague in England, 1948, a young monk named Osmund (Eddie Redmayne) volunteers to lead Ulric (Sean Bean) and his soldiers through harsh terrain to find a village that is reportedly untouched by the deadly pestilence. Osmund hopes to find his beloved Averill along the way, as she had set out without him, hoping that he would join her and seek the safety of the same village that Ulric is to investigate. When they reach this place, they find happy and healthy inhabitants living without fear of the black death, but it is clear from the start that things are not as they seem.

John Constantine has been fighting the forces of evil all his life. Born with an ability to see disguised entities, the reluctant hero acts as a border agent for beings of Heaven and hell, deporting all who threaten the delicate balance between the two afterlives and the mortal world. John would have thought that a life in service of the greater good would have earned him a spot in Heaven, but a sin committed in desperation from his youth and a fatal diagnosis has him on a path straight for the devil’s domain. In a last chance bid to earn his way into Heaven, the stoic paranormal investigator teams up with a skeptical LAPD detective to prevent the apocalypse. This film is an excellent blend of scares and action and is sure to satisfy both comic and horror fans alike this August.

This film stars legendary actor Christopher Lee (Saruman, Count Dooku) as the titular character in an alternate take on Bram Stoker’s classic novel. After taking a job cataloging Count Dracula’s vast library, Jonathan Harker travels abroad, leaving his fiancé Lucy at home. Things appear strange almost as soon as Jonathan arrives. Still, the man is unperturbed because he knew what to expect before arriving. The truth is that Harker didn’t take the job for the money. He took the job to end Dracula’s reign of terror. However, when he fails to return home, the task falls to his friend and partner, Dr. Van Helsing. When the malicious Count sets his sights on Lucy, the doctor must scramble to protect her with the help of her brother, Arthur. But when Dracula sets his sights on Arthur’s wife, the two must race to find his lair and destroy him before he can destroy them and everything they hold dear.

Al Simmons (Michael Jai White) is a military soldier/ assassin and is the best in his line of work. Or at least he was until he was betrayed and murdered by his boss, Jason Wynn (Martin Sheen). Pulled into hell by the devil himself, Al is given a chance to reclaim his life in return for leading the devil’s hell spawn army against the forces of Heaven. Naturally, Simmons jumps at the offer and is reborn with a suit of limitless potential. But unfortunately, he finds that life has moved on without him in the time he spent in the afterlife. With his wife remarried and his body horribly disfigured, the only thing the former soldier has left is vengeance against the man who took everything from him. But under the guidance of Cogliostro (Nicol Williamson) he begins to see there is much more at stake than his vendetta. He must choose who he wants to be going forward in his new life, a soldier for the devil or an agent of justice in a war he never knew was being fought.

Arthur (Tony Shalhoub) and his two children are still trying to adjust after losing their mother in a house fire six months prior. Stuck in a cramped apartment with bills piling up, they are told one morning that they inherited a house of glass from Arthur’s estranged Uncle Cyrus. Having lost everything in the fire, this seems like the fresh start they’ve been needing. Unfortunately, they don’t know that the house serves as a prison for 12 ghosts, and that their new home isn’t just a house. It’s a machine built for unspeakable evil. When all hell breaks loose, Arthur must scramble to get his family out alive, as the evil spirits escape their confinements one after the other. Escape may not be within their grasp, however. As a more sinister plot unfolds, Arthur may be pushed into making the ultimate sacrifice to save his family.

Check out this classic trailer for the “Horror of Dracula!”

previousMy Heart Can’t Beat Unless You Tell It To, A Review
nextViral Marketing In Horror