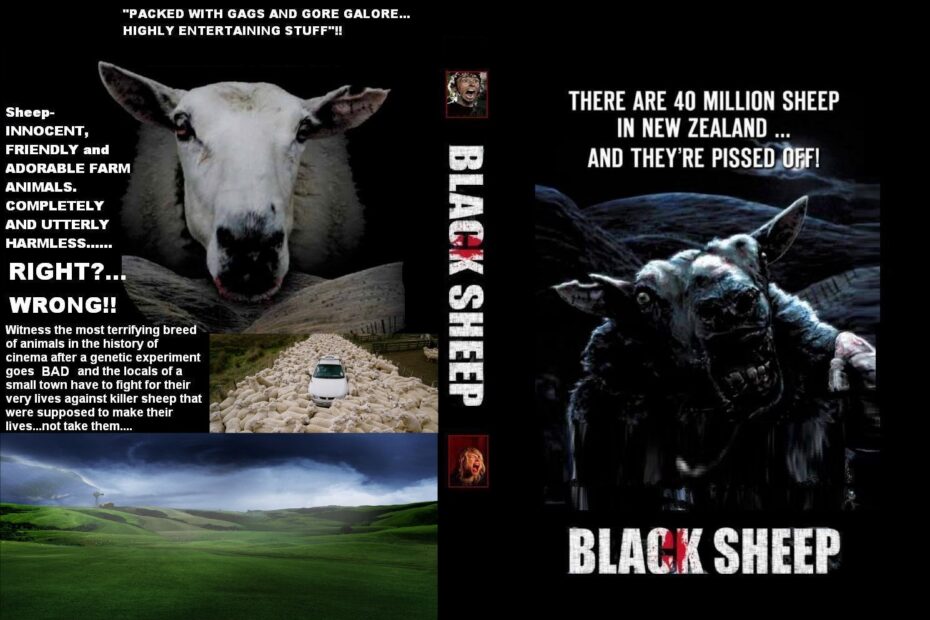 What’s black and white and red all over? A herd of genetically modified sheep.

Black Sheep is a 2006 New Zealand film centered around two brothers who co-own a family sheep farm. Henry is an accomplished sheep herder even at 10 years old. His older brother Angus appears to be bitterly excluded from many of the joys of farming due to a limp leg, the apparent black sheep of the family. Jealous, Angus kills and skins Henry’s beloved sheep, hanging it from the rafters in the barn. Angus drenches himself in the sheep’s blood and adorns its skin for extra effect, permanently traumatizing Henry. Their aunt intrudes to inform them their father has just died in an accident.

Most of Black Sheep takes place decades later, Henry returns home for the first time since that day both to overcome his ovinaphobia and sell his half of the farm to Angus who is about to seal the deal on his life’s work. Unbeknownst to Henry, Angus has a dark secret. He may have overcome his limp but his fondness for using cruelty to gain power and respect has only grown stronger.

The sheep farm is only quaint from outward appearances. Inside, his barns contain a vast lab dedicated to what exactly? We do not know but cruelty is the process. Two hippies, Experience and Grant, are on a fact finding mission to gather evidence that will expose the lab for what it really is. They presume the farm is horrid to animals only because they are against exploiting animals in any fashion. This time they happen to be right. They catch the lab preparing to dispose of experiment waste under the direct supervision of a well known ethical disaster of a woman.

Grant manages to steal a specimen jar and bolts with Experience into the woods, chased by lab techs. Holding what appears to be a preserved sheep fetus, they discuss their other failed attempts at saving animals that resulted in many animal lives lost “but they died free!”. Experience takes this moment to break things off with Grant but before he truly understands, the lab techs spook him off into the woods with the jar. It breaks when he trips, unknowingly releasing the cause of the worst day of his life as the mutated sheep bites him before crawling off to infect the herd.

These are no ordinary sheep and the farm is far from its picturesque exterior. They are genetically modified to revolutionize the farming industry. How? We wouldn’t understand. We cannot see Angus’ vision and he does not care to explain the details, only that he feels 100% justified in his course of actions that led up to this dire day. He is going to present his prettied up creation to a group of investors and the media. What he presents is wildly different from the true horror that is his vision hidden in the barn, heavily borrowed from the event that permanently traumatized his brother as a child. He intends to profit handsomely from his ungodly creations.

The sheep revolt against their sadistic, profit focused captors. They have had enough and are fighting back. The characters soon learn that when normally docile sheep do not run away in fright, you should. Immediately. 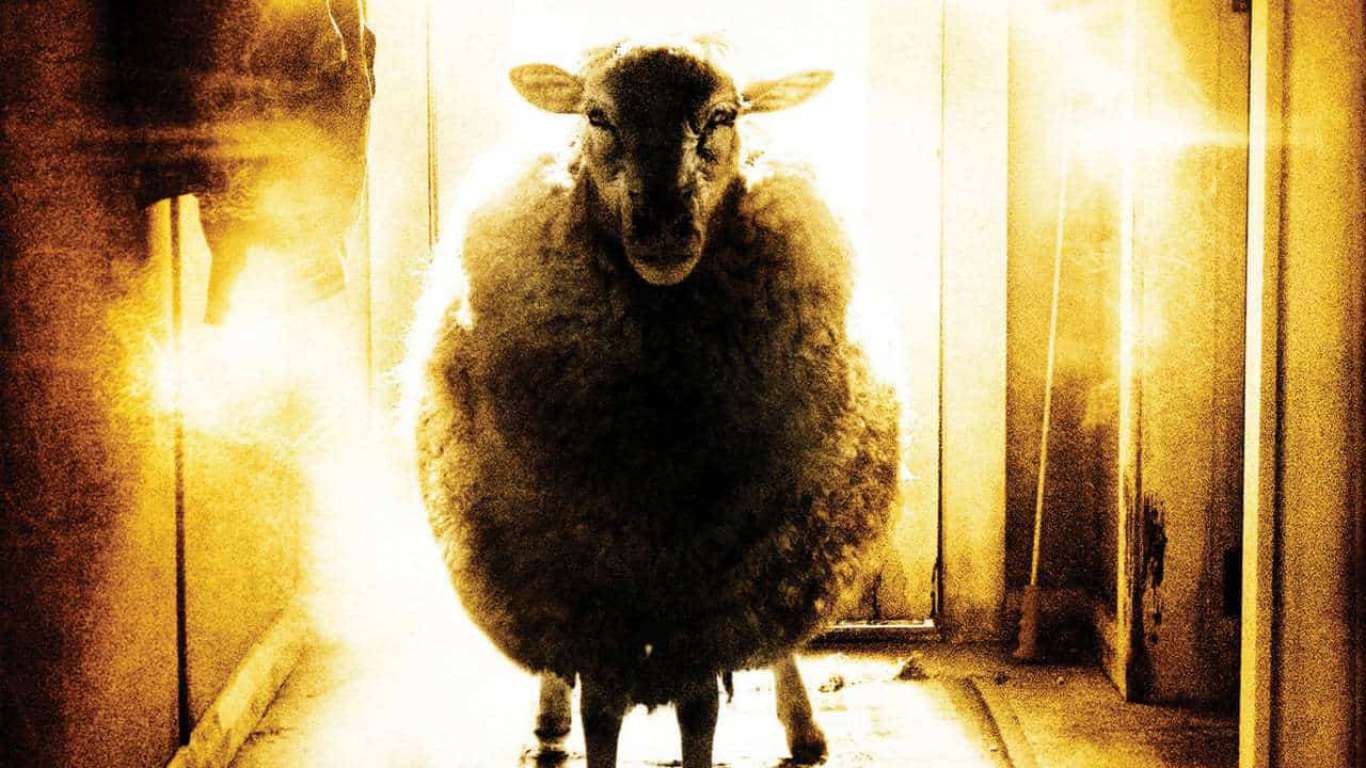 They are unusually aggressive with peculiar strength for a sheep as well as a hunger for human flesh and have been granted a +20 for survival. The sheep tend to travel in packs, as herd animals are wont to do, meticulously running down and slaughtering anyone in their path. People who are bitten transform into weresheep and join in the killing spree. Grant is the first to change, slowly becoming more sheep-esque and, adding to his own private horror, begins to consume flesh.

He becomes all beast and tries to attack Henry and Experience when he finds them together, surviving many attacks while mutating into the most monstrous vegan ever to roam the earth. The poor deluded dear has an all around awful day that changes his entire worldview and what he thought he was capable of or too “woke” to succumb to. Experience finds the fact Grant consumed meat (even though it was organic) more horrific than his abrupt physical changes since she last saw him abandoning her in the woods.

Armed with a sheep herding dog, Henry and Experience try to stay alive while working together to stop Angus from releasing his literal love child of a farming technique. His love for sheep proves not only for monetary gain but to further the family reputation and bloodline for his own twisted version of an heir. He succumbs fully to the herd and even after being cured of were-sheepism still has an unquenchably passionate longing to be one with the sheep, especially his prized favorite. Angus is torn apart by the merciless herd as Henry sets the last of them on fire, ridding the world of a serious threat while vowing to return to the tried and true humane methods of farm life.

The movie is hilarious while still fully delivering on vivid gory scenes. The cast is well selected for their roles and play them beautifully. It is sarcastic, gruesome, and surprisingly low on beastiality humor. The peaceful mountain scenery is a lovely touch paired with hundreds of bloody sheep. This is a delightful selection for those who adore horror comedies that feature gorey, disturbing death scenes. The music is dramatic especially for such a silly scenario but that only adds to the wonderful creation that is this masterpiece of a film.

For a bloody night of watching both farmers and animal activists unite to be grotesquely slaughtered by a massive herd of herbivores, look no further than Black Sheep. Available on Amazon Prime Video, Vudu, YouTube, Google Play Movies, and Tubi.

previousExplaining Friday the 13th To A Newcomer
nextBlood Red Sky (2021): A Review