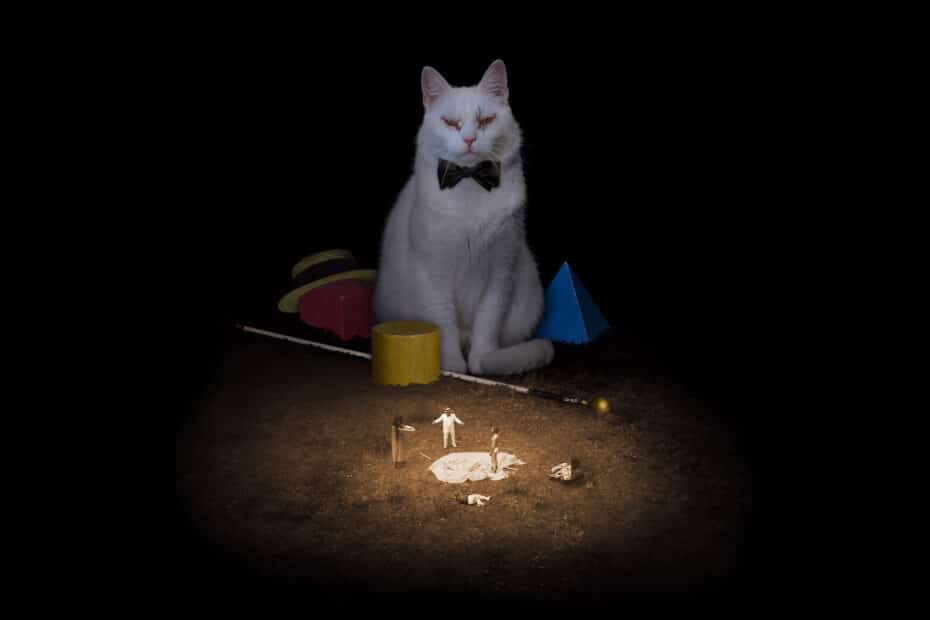 While certainly not what you expect from its trailer, Koko-di Koko-da (2019) is a psychological horror film that is more than a bunny trail.

Koko-di Koko-da introduces us to Tobias and Elin, whose marriage fell apart by the death of their eight-year-old daughter, Maja. In an effort to reconcile, they head out into the forests of Sweden and set a camp outside established grounds. Their attempt at peace is abruptly broken by a trio of nursery rhyme characters and their dog, who assault and presumably kill the couple over and over in a ghastly form of Groundhog’s Day. Even with the slow progression of trying to escape the forest, it is clear that these twisted fictional characters aren’t the main adversary.

Regardless of how it presents itself, the movie is about the personal horror shared between Tobias and Elin. Even without the elements that signify Koko-di Koko-da as a horror movie, the movie prioritizes its own brand of fridge horror, through its extended and surreal metaphor of grief. The repetitive and seemingly unavoidable danger from the physical manifestations of the tragedy, the struggle to overcome and find alternative solutions to a problem that may have none, and the unintentional damage they inflict on each other have painted a grim yet realistic depiction of what is a worst-case-scenario for parents and couples. That, in itself, easily allows the audience to identify the figurative cycle of blame, frustration, and resignation in their progress to resolve their emotional (if not physical) separation. This specific horror, however, hinges on the audience themselves to be unsettled by the otherwise accurate portrayal.

Outlast: A Look At Asylums In Horror

For a psychological horror movie that is more inter-personally grievous than horrifying, Koko-di Koko-da is still somewhat entertaining as a spectacle of tragedy. Interspersed with shadow puppetry, a form of entertainment that uses what its name suggests, the movie is visually distinctive and holds an atmosphere that is very different from the sheer suspense of a normal, nail-biting horror movie. With heavy symbolism and the association of the internationally-recognized nursery rhyme, “Rooster’s Death”, the metaphor isn’t too complex to bridge into a comprehensive story-line of Dark Fantasy and Drama. So, it should generally be a good movie to watch, right?

Due to my first introduction of Koko-di Koko-da via the trailer, I expected the movie to have over-the-top performances and gore. Sure, there are scenes with blood and degradation, but most of it happens off-screen, or appears as minimalist collateral damage. It would ultimately fail as a pure horror film, but succeed as a supernatural drama with horror elements.

Time and research have put the movie into a weird category where it doesn’t have a ‘defined’ identity, and seems to not really polish the purpose of the characters (only known to have originated from Maja’s music box) or commit to meaningful actions made by Tobias or Elin (in which they aren’t shown to actually communicate their grief, rather than just break down crying in a car). Koko-di Koko-da isn’t the worst movie I’ve seen in the horror genre, and may overall be worth a look for those willing to sit through a low-action, non-gory film.