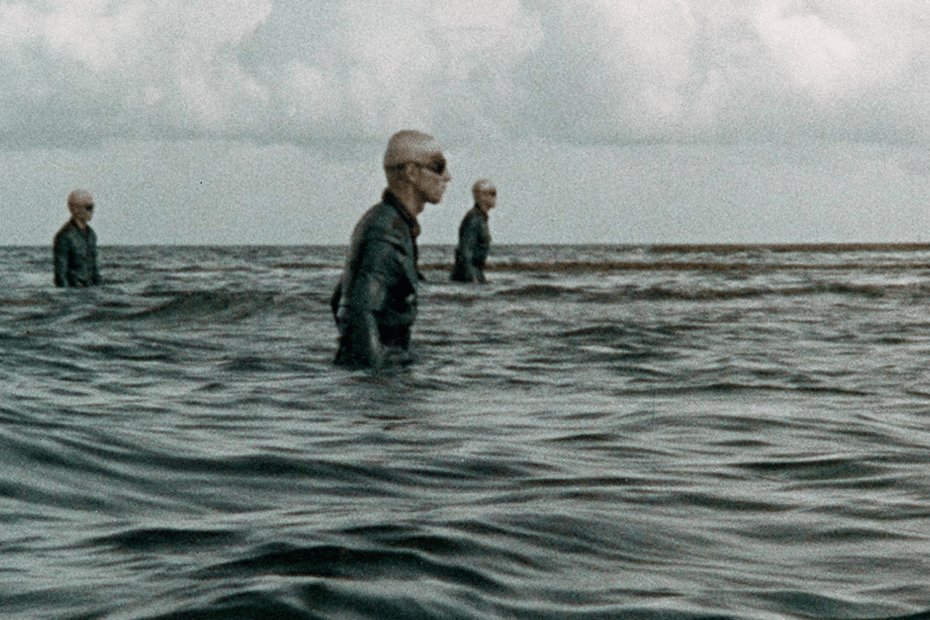 “Shock Waves” gives us the question… What is Scarier than Nazi Zombies?

Zombie films are one of the most popular monster genre films throughout horror literature and cinema. However, even within the zombie film genre, there are multiple different types of zombies, each with their own strengths, talents, and capabilities. Within this genre is an important sub-genre consisting of what people call “Nazi zombies.” This type of zombie is usually related to Nazism in WWII Germany… whether they be secret police, or experiments the Nazis were working on. The film Shock Waves, released in 1977, focuses its story around a group of aquatic zombie Nazis that takes over a group of travelers who seek refuge on an island, secluded from the rest of society. While the film is a B-list movie, the atmosphere throughout it is suspenseful and violent, leaving any viewer unsettled.

Shock Waves starts off similarly to how several surrealist horror films begin, with an individual that is “crazy” due to extreme trauma occurring within their past recollecting their events to their “saviors.” In the case of Shock Waves, a woman is found extremely disoriented and dazed from the events happening prior to her being found by a small crew of fishermen. Not being aware of her situation, the woman acts defensively towards the fishermen, in fear for her life. Throughout the film, the woman’s voice-over informs the audience about her prior experiences, despite not being completely aware of whether these events were reality or some part of a delusion she made up in her mind. The difficulty differentiating between reality and delusion is a common idea throughout the method of surrealist film-making, and while this film is not considered to be surrealist, it pays homage to the method through this aspect of the film. The remaining part of Shock Waves is a flashback of the woman recollecting the unsettling events occurring previously to her rescue. 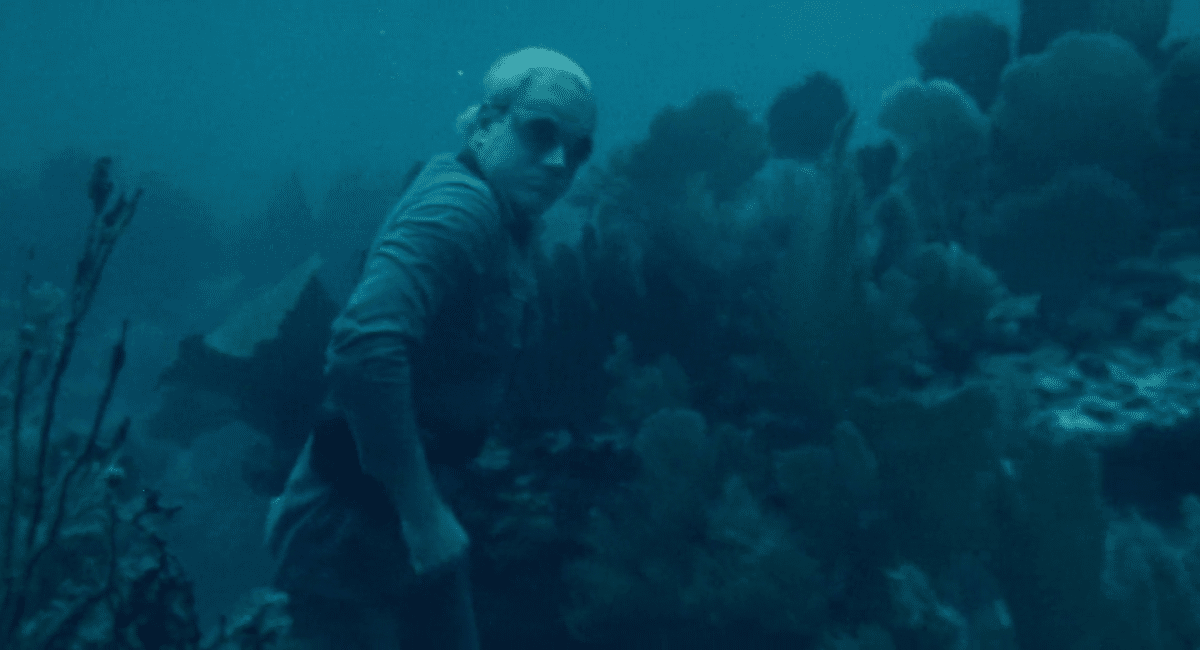 At the start of Shock Waves, the woman, Rose played by actress Brooke Adams, is a part of a tourist group on board a small commercial boat that seems rather unsafe and not competent to be carrying passengers at all. Unfortunately for the tourists, this would be the worst trip of their lives, with some of them not making it out alive. The tourists try to convince the captain and first mate to change the course of their trip and allow the passengers along for the ride. However, almost immediately at the start of their trip, it is clear the passengers are not completely aware or fully committed to a rough life at sea. They even begin to question the captain’s abilities to direct the ship in the right direction. While these claims were bogus at first, a strange, unnatural orange haze the boat passes through completely destroyed the boat’s navigation system, leaving the passengers and crew sailing into the open ocean. Although the captain claimed the issue of navigation would be quickly fixed, he began acting strangely towards the passengers’ criticism.

Unfortunately, the situation continues to go downhill from there. Strangely, late in the night, the first mate accidentally sideswipes a large ship that appeared out of the darkness, seemingly out of thin air. In a furious rage, the captain launches a flare only to discover the rotting corpse of the ship in the distance, nowhere near their boat. The next morning, the passengers awake to find the captain missing, leaving them scared and terrified for their safety as the boat slowly sinks from the collision the night before. In fear for their lives, the passengers are forced to abandon the ship and swim towards an isolated island not too far from the sinking vessel.

Once they arrive on the island in Shock Waves, most of the people begin to feel strangely, possibly due to the beautiful hotel resort, left isolated and deserted by whoever was there prior. The group quickly discovers that they are not the only people on the island. A strange old German man that has a large, gnarly scar across his face, and who claims to have been living on the island for decades, is greatly upset by their presence. The old man goes on to tell the passengers that he used to be an SS General in charge of a top secret experimental infiltration group that were essentially aquatic zombie Nazis, uncontrollable to anyone. The rest of Shock Waves follows the passengers and their struggles to survive against the killer experiments.

With the focus of the film being on the suspense aspect, the horror aspect is neglected with only two on-screen deaths. However, the terror evoked in the audience is mainly through the characters’ discoveries of their fellow passengers’ corpses. The cast does an amazing job as displaying their confusion and incompetence in a desperate survival situation, leaving the audience feeling sorry for them and stressed out for their impotence.

This film offers an interesting and unique perspective on the Nazi zombie genre, making it a fun and exciting film to watch. However, the film might be a bit boring to those looking for a good scare. Shock Waves is available for viewing on Amazon Prime Video.

Be sure to watch the trailer for “Shock Waves!”