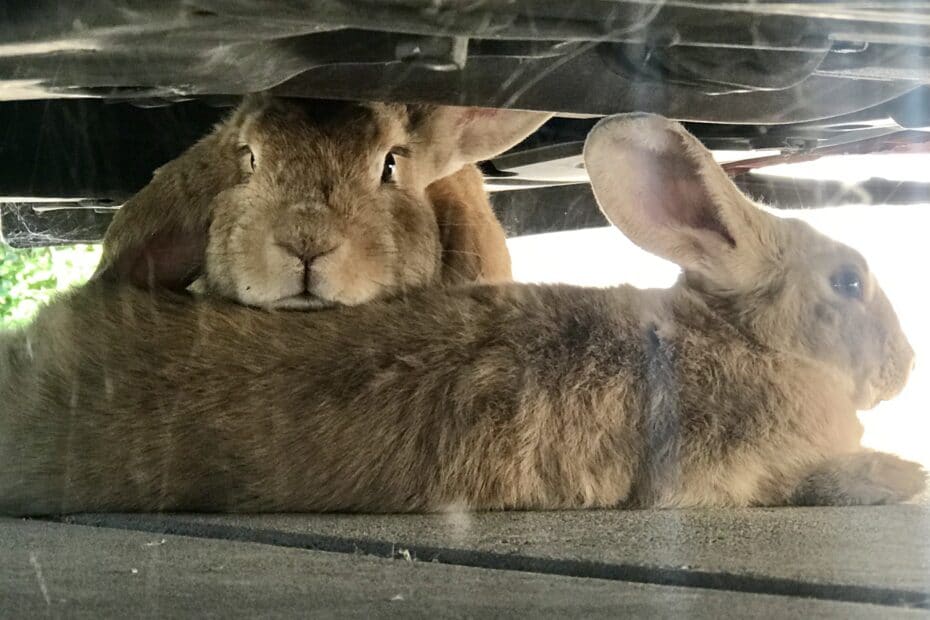 The symbolism of rabbits can be darker than you'd think...

In Jordan Peele’s film, Us (2019), one of the most interesting elements is the scattering of rabbits. Not only are they placed throughout the film, almost like Easter eggs, but they have a deeper meaning about them, too.

In his most recent film, Us, the cuddly critters are meant to represent rebirth. Not only do they represent rebirth, but they also represent duality, which is a significant theme in this particular film. The main plot revolves around doppelgangers, or look- alikes, that want to kill their original land-dwelling human copy to have justice for their isolated, underground society. One way that these rabbits are treated in this film is like a testing animal, which are usually discarded or forgotten about, much like the Tethered, or doppelganger copies, that try to gain their independence and take over the human’s lives in the film. Jordan Peele himself had an interview with the Hollywood Reporter about the significance of cute creatures in his horror films, overall:

“Rabbits, they’re supposed to be cute. On paper they’re adorable, lovable rabbits,” Peele said in a red-carpet interview. “Have you ever gotten close to a rabbit? You can tell in their eyes that they are a sociopath. If you put a rabbit brain in a human body, you have Michael Myers. They have no empathy.”

An interesting Reddit theory also surfaced, in which it was theorized why rabbits are such an important element in Jordan Peele’s Film, Us:

In the beginning, the rabbits were locked up in cages, symbolizing the loss of free will and movement. When Adelaide was switched, Red had more control of her body, as she was from the surface. Since she had control, she was able to free the rabbits from their cages. Each rabbit is tied to a doppelgänger, and once Red freed the rabbits from the cages the doppelgängers were able to walk normally (be set free). This would explain why in the underground all the rabbits were free roaming in the final scenes. In the very last scene, when they were in the ambulance, Jason was holding a rabbit, which is Adelaide’s rabbit.

With these examples in mind, we can see why Jordan Peele has placed such a beloved creature in his film, Us, because not only is it cute to look at, but the history of interacting with rabbits is darker than some may think, which is a lot like his movies… light at the beginning, but they soon take a dark turn.

Check out the trailer for “Us!”

previousA History Of Horror: Vampires Through The Ages
nextElements of Horror: What Makes A Scary Movie Scary?