Home > The Social Impacts of the film Dracula’s Daughter 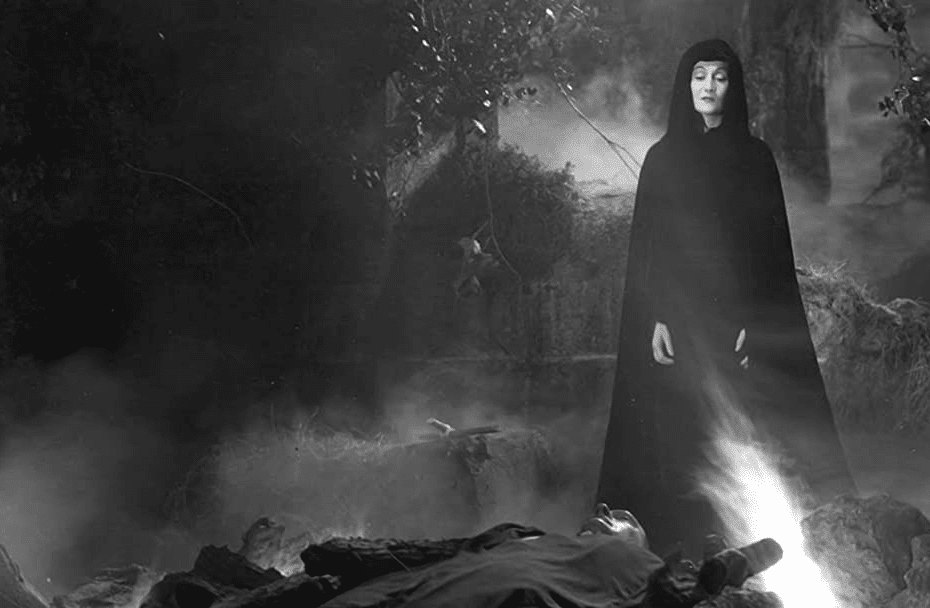 Most individuals in society would that claim Bram Stoker’s Dracula has been the most influential vampire story in modern history, and while that is true to some extent, the Universal Studios adaptation of the Dracula story, Dracula’s Daughter (1936) has left a lasting impact in cinema regarding vampires and their story. From her guilt of bloodlust to her homosexual tendencies, Countess Marya took the vampire genre by storm, and forever changed the depictions of female vampirism. Although it took almost thirty years for Dracula’s daughter to sink her fangs into modern myth, she remains one of the most bloodthirsty vampires to have such an influence on society.

There has been an abundance in vampire stories throughout the horror genre literature and cinema during modern history, and while most of these stories have been forgotten or have evolved into the modern myths surrounding vampires, there have been a few of these stories that have changed the way Dracula and other vampires are seen. Universal released Dracula’s Daughter about five years after the Bela Lugosi original. However, it would take much longer for this version of Dracula to reach its potential in the vampire horror genre. Originally, the filmmakers intended the story to be focused on the pair’s relationship, filled with father-daughter chaos. Strangely however, Lugosi did not star in the film at all and was even paid by Universal Studios to not be in the film and instead, the filmmakers decided to place a wax version of Lugosi’s face on an un-moving corpse. With this crucial change, the filmmakers switched their tones to focus on the tortured soul of the Count’s daughter, Marya, played by Gloria Holden. Dracula’s Daughter picked up right where the original Dracula ended, with Dracula’s daughter, Countess Marya, stalking around in the darkness of London in hopes to find her father’s corpse. After arriving in England with her male servant, Sandor, the pair digs up the Count’s dead body, hoping that if they cremate him, Marya’s curse of vampirism would end. Sadly for Marya, the ritual did not work, driving her bloodlust even more through her anger, frustration, and loneliness. While Marya clearly hated hurting other people with her constant cravings of blood, she was unable to stop her ultimate hunger and continued to hurt and murder people throughout the film, including a woman with whom Marya seems to have sexual tension with throughout their encounter. The look of lust in her eyes before she attacks the woman clearly can be seen as homosexual feelings, however, during the time of the release, homosexuality, even in the subtlest depictions, was seen as negative.

In the end, Marya tried to seduce her psychologist into becoming her vampire lover for eternity, leaving Sandor to murder her in a jealous rage. As in many horror films and stories, the “evil woman” was killed in hopes to satisfy the audience and relive their fear of female sexuality and homosexual tendencies. However, this leaves some individuals to wonder why Marya was depicted as an evil person, when she clearly showed remorse throughout the film and wanted to cure her vampirism.

Marya’s remorse and constant guilt surrounding her bloodlust and rejection of typical vampire traits is what makes Dracula’s Daughter so influential in modern vampire lore and mythology. Her desperation to be a normal human being, along with the allusion to her queerness throughout the film, can be seen in a variety of other vampire horror films and stories such as The Vampire Lovers (1970) and Carmilla. Long before the depictions of sexual relations between two vampire women dominated the vampire genre, Dracula’s Daughter provided one of the few stories of homosexuality and vampires aside from the novel Carmilla, in modern history and the first in cinema. However, it is highly important to recognize that during the release of this film, homosexuality was still illegal within the United States and openly shunned in the public sphere. Despite the negative representations of homosexuality in cinema during this time, Dracula’s Daughter changed the precedent surrounding same-sex relations on screen. Regardless of the negative depictions of female sexuality and homosexuality during this time, modern society has taken the idea and ran with it, leaving this film the most influential vampire story in terms of female sexuality and homosexuality on screen.

While Dracula’s Daughter did not make Universal Studios much money in theaters, it remains one of the most influential vampire films in modern history, changing the way society would see and depict vampires, even to this day. From Marya’s guilty conscious and her homosexual tendencies, to her complete rejection of vampirism, Dracula’s Daughter paved the way for modern cinema to be open to the idea of vampirism as a curse rather than a blessing of eternal life. Filled with classic Gothic architectural sets and designs, it is the perfect film for a monster movie fan. The film is available for viewing on Amazon Prime Video.

Check out the trailer for “Dracula’s Daughter!”