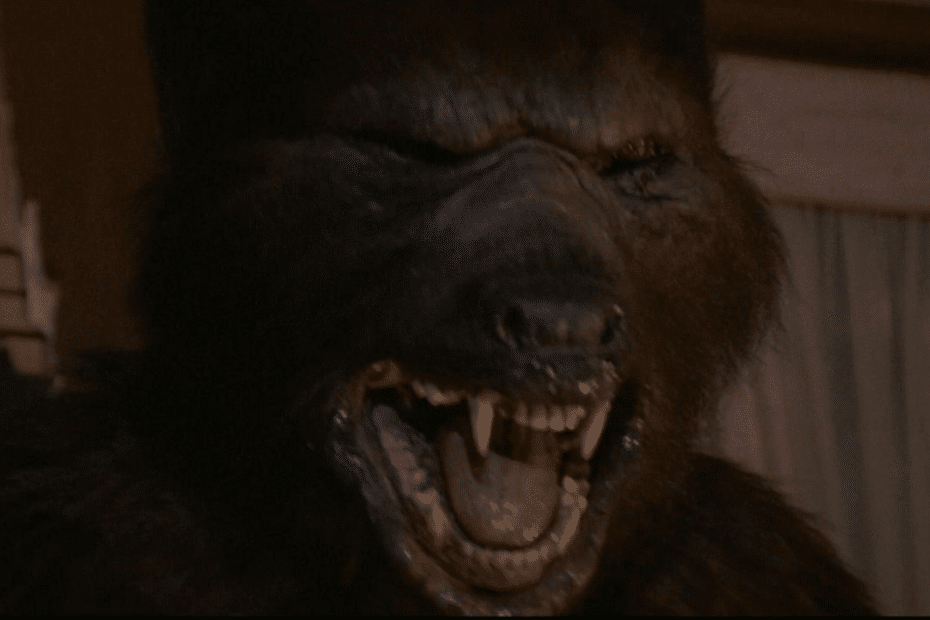 “Silver Bullet” is a Horror Movie for the Whole Family

The film Silver Bullet (1985), an adaptation from Stephen King’s short story “The Cycle of the Werewolf,” tells the thrilling story of a small American town troubled with a string of vicious murders. Some town residents believe these murders are much too sadistic for a normal psychopath to have committed them, and instead believe that a werewolf is responsible for these attacks and preys on the town people at night. While the majority of the town goes on lock-down after sunset, the young boy Marty, played by Corey Haim, is the only person unafraid to find out the truth and expose the monster. Silver Bullet is the perfect horror film for younger enthusiasts, or for a family movie night around the fireplace, but may seem rather boring and underdeveloped at some points for more experienced horror film viewers. It is the perfect film to scratch the itch of the children’s werewolf craze and for a Halloween horror film binge with the family

Many of Stephen King’s film adaptations from the 1980’s are extremely heartwarming, loving, and family-oriented with the movie Silver Bullet being no different. While Silver Bullet is rated R for occasional obscene language and violence, it really is a perfect film for the whole family, as it follows the loving theme seen in various Stephen King films from the 1980’s… and the screenplay is written beautifully, with family love being the main focus of the film. The horror aspect of the film is extremely light and not too serious, where the true identity of the werewolf makes for a suspenseful mystery. There is graphic violence shown to the audience throughout the film, with the scenes from the murders being bloody and chaotic. However, it is not too overwhelming for younger audiences to watch. 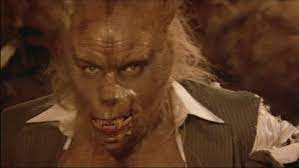 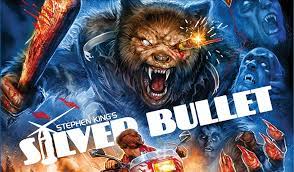 The story of Silver Bullet starts off in a small American town with the main character of the film, Marty, a thirteen year old paraplegic boy, living his childhood out with his best friend and his family. The audience is introduced to the rest of Marty’s family, from his older sister Jane, to his favorite role model, his uncle Red played by Gary Busey. The town Marty lives in is a very quiet town where nothing exciting ever really happens. However, one night under a full moon, a young woman is found brutally murdered in her own home after trying to commit suicide due to her partner leaving her after she had found out she was pregnant. Unfortunately, before the woman could carry out this task, she was ripped to shreds, literally, by a bipedal werewolf.

The werewolf suit worn by Everett McGill in Silver Bullet can be cheesy at times, with the advances made in modern cinema. However, it adds to the lightheartedness and familial themes throughout the film while also fitting well into the shadowy aspect of the film.

The mystery of the killer’s identity evades the Sheriff of the town, with constant tips coming in about a werewolf, but no solid leads for him to act on anything. The werewolf continues claiming more victims, with one of them being Marty’s best friend. After the gruesome death of a young child, the town members decide it’s time to take justice into their own hands. Regrettably for the townsfolk, half of them get murdered trying to serve “private justice” at the claws and paws of the werewolf. A few days later, Marty’s uncle Red reveals the amazing new wheelchair he’s been working on for Marty. Appropriately named the ‘silver bullet,’ Marty’s new wheelchair takes him up to new speeds he never thought he would want or need, until he has a close run-in with the local werewolf. During this encounter, Marty strikes the werewolf in one eye with a firework his uncle gave him, and manages to escape from what would have been fatal danger with his decked out wheelchair, the silver bullet, the only known thing able to kill a werewolf. Now that the werewolf is missing an eye, the only thing stopping Marty from finding the killer’s identity is to find the person with a missing eye.

The cast of the film Silver Bullet is nothing short of spectacular, despite the drunken state of Gary Busey’s character, which he still plays remarkably well. The actors casted for the film fit the small American town feeling and tone presented throughout the movie to the audience. However, the film clearly does not focus on the horror aspect, which can be seen through the performances of the characters that tends to be more lighthearted than terrified. While at times the film forgets it is a horror film and not a coming of age film, it makes the perfect fit for younger audiences viewing it or for a relaxing day of just watching films. Do not watch Silver Bullet expecting it to be scary however; it is important to remember the year the film was released and the main themes of the story despite it being a horror film.

While Silver Bullet is not the best movie ever made, there are deeper levels than just the surface story, through the various themes and symbols scattered throughout the film… such as the theme of disability, which is commonly associated with werewolves in other werewolf films and stories. The duality of the werewolf is also highly emphasized in this story, with the human form of the werewolf being very different from the wolf version, reminiscent of the story of Dr. Jekyll and Mr. Hyde.

Overall, the movie is entertaining for younger viewers and families, but is rather mediocre for other audiences… and may be a bit boring for avid horror film watchers. Silver Bullet is available for rent on Amazon Prime Video and would make the perfect fit on a Halloween family movie list.

Check out the official trailer for the 1985 movie, “Silver Bullet!”

previousGothic Houses and Ghosts
nextScary As Hell: The Taking Of Jake Livingston