Home > The House In Between, An Overview 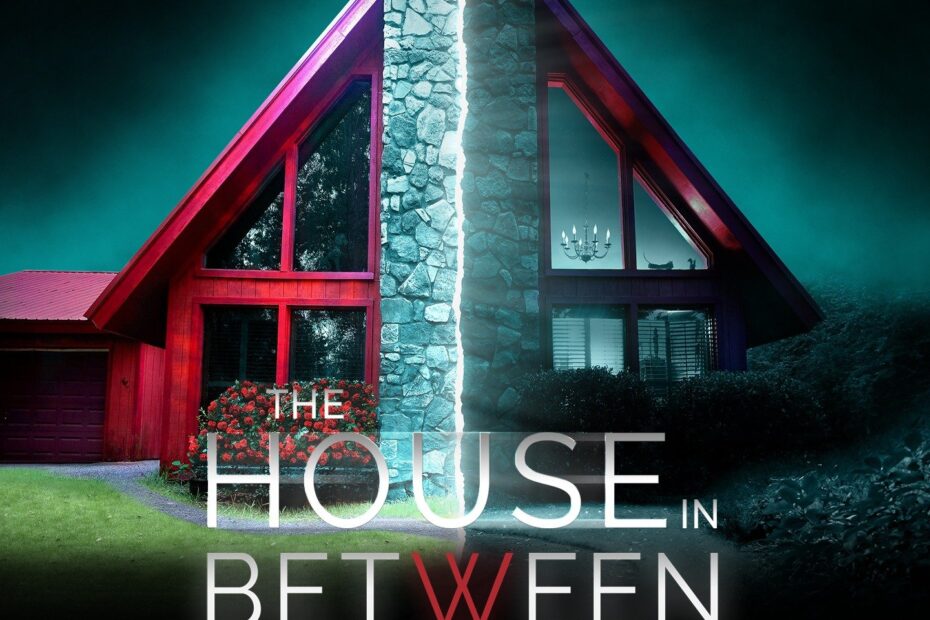 Alice built a house, but something else lived there first...

Alice Jackson of Florence, Mississippi, had her dream house built to her specifications. It soon turned into a nightmare, when strange things started happening around her residence. Doors would open and slam shut on their own, and lights would flicker on and off. Strange noises could be heard when she was alone. Despite her fear, she put up with these occurrences until she found her breaking point in 2011, when a very ominous bright light shined into her bedroom in the middle of the night. She has not spent a single night in the house for almost a decade. And, so begins The House In Between…

Alice gained the attention of Brad Cooney and John Bullard, after a news interview about her house, to attract people who could help her with her unique dilemma. Brad is a podcaster and a former sports journalist, while John was a marketing manager. Both separately decided to change career paths and explore the paranormal. John noted his goal in filming Alice’s house was to collect clean, clear, and easy to view footage of an actual haunting. They discovered quickly that Alice’s house was the real deal, when the lights from an overhead chandelier began flickering strangely, as they interviewed her in her living room. If there was any other doubt, the rempod devices they brought with them to detect invisible entities began beeping raucously to indicate the presence of a spirit. They also heard a loud noise on the second floor sometime later while no one was up there, an incident that led to a search with a loaded firearm.

The team learned as they continued their investigation of the house that they could communicate with the presence. As they performed an electronic voice session (EVP), they asked it to let them know if it was there. It responded by flashing the lights and continued to do so in response to their questions. They then created a test to have the presence push a baseball down the stairs. The ball sat idle for days, until it eventually rolled down the stairs on its own, and then several times after with no explanation. Next, a contractor checked the leveling of the house, to rule out slanted floors as a cause. They then had an electrician look at all the wiring in the house, to see if he could find a reason why the lights would be flickering… but he found nothing.

Alice then called Steve Gonsalves, a paranormal expert and the director of this documentary. He arrived with a camera crew, whereas John and Brad mainly recorded footage from their phones and average video cameras. Steve decided to look into limestone deposits, as a possible conduit for the spirit, as there are large deposits under Florence. For this, they consulted a professor of physics at Jackson State University. Professor, Qilin Dai, thought it’s possible that the limestone under the house could retain and release energy. Still, there would be no way for it to make any kind of charge to push the ball down the stairs. He also suggested that if the ball is metal, or contains iron properties and there’s any sort of magnetism in the house, it may have caused the ball to move. However, they tested this theory back at Alice’s and found nothing magnetic about it, so this theory was debunked. Steve also tried pounding on a wall under the stairs, to see if it could cause the ball to move, but to no avail.

Another strange event occurs later on during the night. John was upstairs with the door closed doing another EVP session, when a light flashed from under the door. This leads them to consider the possibility of extraterrestrial activity and begin interviewing people who claimed to have been contacted by aliens. A woman named Jeanette claimed her house lit up in a bright glow in the middle of the night. Strange lights are always the easiest to find explanations for, but recreating them is more challenging, as stated by professor Qilin. Just three hours south of Alice, a man named Calvin claimed to have experienced something similar to what Alice and Jeanette saw, except he claims to have been abducted and examined by robot-like creatures. There is talk about the paranormal and extraterrestrial being inter-dimensional phenomena. Still, because there is no way for the concept to be investigated further, they move on.

The next idea is to bring a medium into the house, which Steve is skeptical towards because it is hard to quantify what they say. The medium they call, Jill Morris, has not been told what has been happening with the house to add credibility to what she says. She seems to notice things almost immediately, before even entering the house. She likes to pick out strong focal points to address, and notes the backyard as a potent energy point. Jill says there are a lot of different dimensions and shifting going on. She also claimed to have had many different dreams before coming to the house. She recognized the door, making a sketch of it, and the cane leaning against it, beforehand. Jill tells Alice that someone was killed in her backyard, most likely by the former landowners. The spirit that was born of this crime is malevolent and wants to burn the house down. Jill determines this through recurring visions of fire, and when she says this, the fire alarms give off a solitary loud beep. From here, we cut to an interview with the town record keeper, Mary. She tells of a history of fires that led to the destruction of the town and most of the records before that time. Because of this, there are no records of who owned Alice’s land before her.

Alice’s neighbor, Erin, has sensed something in the backyard since she was a child and was convinced a body was buried there. The team has Erin walk the grounds at night to locate where she thinks the body would be buried. Once they have found the spot, they conduct an EVP session, resulting in a loud thump and a rustling in the bushes. Erin soon after leaves the location, as she begins to feel sick for no reason, and it is all she can do to keep from vomiting. The following day, they call in a cadaver dog team to investigate the suspected grave. The dog shows a slight interest in the indicated area, but they cannot pinpoint an exact spot, as certain trees may have grown on a dead man as nourishment. The dog’s owner suggests investigating if there was a cemetery at one point and if the bodies were moved, but this proves futile, due to there being no surviving records of Alice’s land.

From here, the film begins to close out with Steve asking Alice what it would take for her to start sleeping in her house again, for which she answers that she would not do so if she lived alone. She appreciates everything the team has done for her. Each member expresses a fondness for one another after spending so much time together under Alice’s roof. The crew was just about packed and ready to leave, when captions came on the screen explaining that the house wasn’t ready to let them go just yet. First, the ball rolls down the stairs again, as one of the directors was the only one in the house. Everyone races back inside and scrambles to see the footage. This was the only recorded occurrence of the ball moving while no one else was around. They are all then left shocked when they hear a door open and close on its own. The door itself is not in view of a camera. They only see it later in a distorted reflection in the ball of a chandelier, and there is noted to have not been a breeze on this day to move the door like this. From here, with nothing else to do, they invite a priest over to bless the house for Alice, and the movie ends.

In my final thoughts on this film, I don’t think it accomplished what I think it was meant to. With the tests they did and John’s goal at the start of the film of wanting to capture easy to view footage of a haunting, I got the impression that they wanted to prove that ghosts are real. Because of this notion, I thought I would finish this movie with no skepticism about the subject. However, I don’t think they did everything they could to try and convince me, as the viewer, that everything was happening as they said it was. I believe if you’re trying to capture evidence of a ghost in a house, then you need more cameras than they had. Or you at least need to place them better. For example, I thought the light under the door witnessed by John was a missed opportunity to capture something special, but they didn’t have a camera facing either side of the door so they could see the light. The same thing can be said about the door opening at the end of the film, as well as for the strange noise they heard that led to a gun being drawn. They knew things like this were happening before entering the house, and yet didn’t set their equipment up well enough so as not to miss anything. It seemed downright sloppy to me.

I found the test result for the ball’s movement and the lights to be interesting. I imagine others will say they used trickery to move the ball and turn the lights on, but I would also imagine they aren’t going into this film with an open mind. I did feel disappointed that they didn’t do more in the backyard. The dog didn’t indicate too large of a section where a body could be, and I don’t get why they didn’t try and dig it up. It was suggested they look for old records, and that was it. If Alice was terrified of the house, and brought an entire crew into her home to help her, then I don’t see why she or anyone else wouldn’t suggest digging up the spot. At worst, they just wasted a few hours digging. Instead, they jump back to the record keeper, and there so happens to be no records, which is the only other real evidence of a body being in the backyard they would have had. Because of this, I am still skeptical about the authenticity of these events.

Furthermore, as far as I can tell, nothing has been resolved. No epilogue or narrative says Alice’s house is no longer haunted, even after the blessing from a priest. Everyone just seemed to pack up their things and leave. This documentary may be thought-provoking, but I do not recommend it. I found too many holes, and I don’t see it as scary, interesting, or educational.

Curious? Then watch this trailer for “The House In Between!” previousBest Horror On Hulu For August
nextA History Of Horror: Vampires Through The Ages