Your nightmares are coming true this September on HBO Max with These 6 Horror Movies!

Here are some of the best horror movies available in September on HBO MAX to hold you over until Halloween.

Ash Williams and his four college friends travel through the Michigan hills to a secluded cabin in the woods for a quiet getaway. It’s supposed to be a fun weekend. The place is dusty and decrepit but livable, and the group plans to make the most of it. If there is one common denominator in horror, it’s that nothing can get in the way of kids having a good time… until something does. In the basement of this cabin is a secret book left behind by dead occupants. Also with this book is a tape recorder with words that will unleash hell and bring the fun to a screeching halt. On September 1st, witness the start of one of the most iconic franchises in your favorite film genre in this bloody classic horror movie from Newline Cinema.

Ash Williams returns in this Sam Raimi classic that is even crazier than the first. After a brief and edited retelling of the previous installment, Ash’s fight for survival has only just begun as the forces of evil block his escape from the Michigan mountains. The story you already know is continued in a bloodier, sillier fashion as new problems emerge for the hero to face in this movie sequel. After fighting off his headless neuromorphic lover, Ash must battle the evil within himself. As night falls, the power of the Necronomicon threatens to possess him as well. Is he strong enough to overcome this influence? This time around, he is joined by Annie Knowby, a newcomer with pages from the Necronomicon that could be the key to their survival. Witness Ash and the evil dead in the most iconic film in this hilarious and bloody saga.

In this third and final installment of the Evil Dead film series, things get crazier than ever. Picking up where the previous movie left off, Ash is dropped in 13th century England. He is immediately captured by Lord Arthur and forced, yet again, to fight for his life. To make it back to his time, Ash must travel across unfamiliar terrain to find the Necronomicon, the very bane of his existence. Once it is within reach, he need only recite the incantation given to him to safely return to Lord Arthur’s castle and find his way home. But, in typical Evil Dead fashion, things go horribly wrong. Now Ash faces his greatest challenge, a literal army of darkness led by his neuromorphic clone. But this time, he is not alone. Before the night falls, Ash must rally a kingdom behind him to fend off the forces of evil one last time to conclude this legendary trilogy. 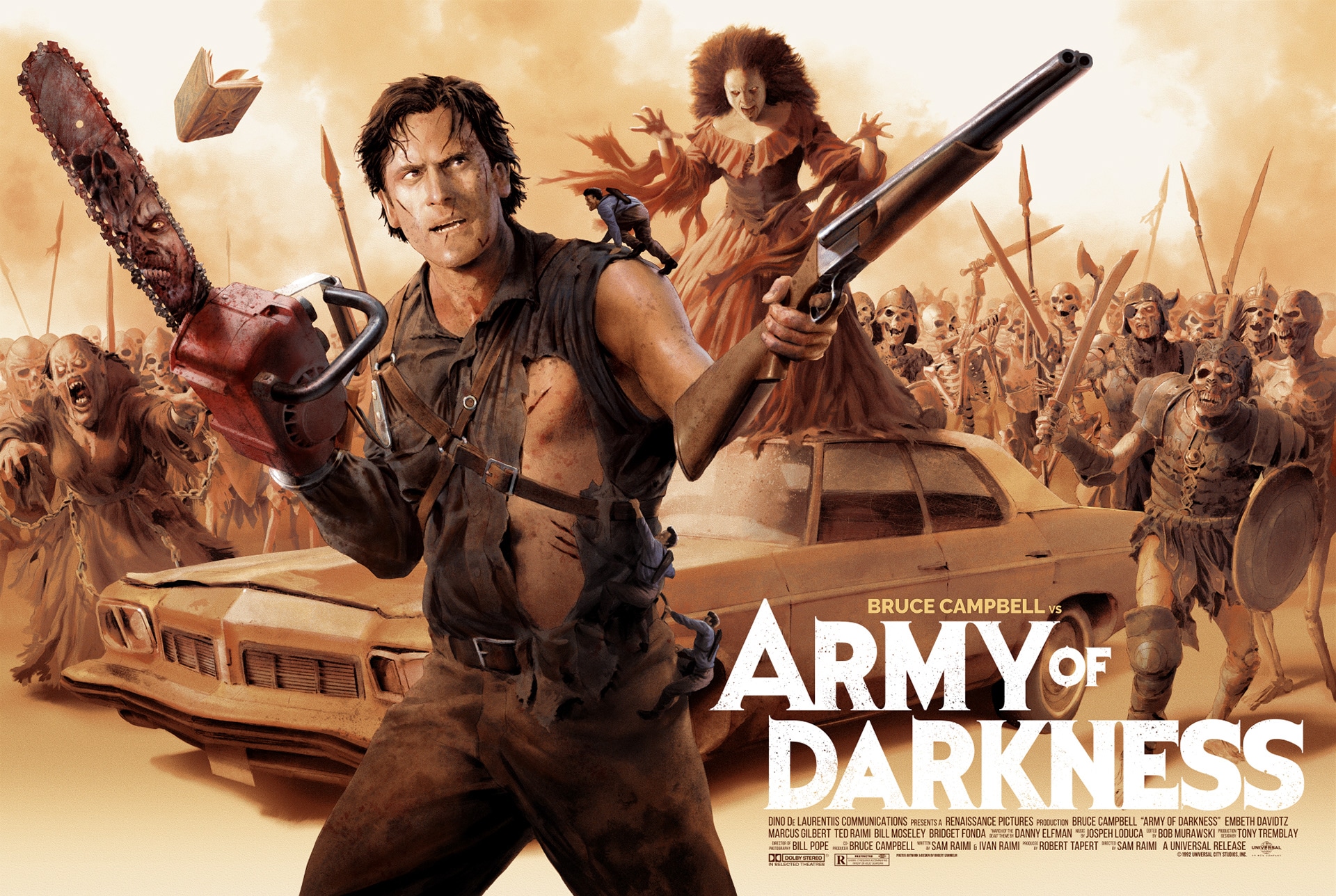 In the year 2047, the crew of the Lewis and Clark rescue vessel responds to a distress call from the starship Event Horizon, which disappeared 7 years prior. They find two things aboard the craft; an experimental device designed to create artificial black holes as a means for faster than light space travel and indications of a massacre. When the device is unexpectedly activated, the only man to see through the hole is severely traumatized by what he sees. Through strange visions and recovered evidence, the crew begins to piece together what had happened to the previous passengers. Unfortunately, the spacecraft is now a vessel for something demonic and otherworldly. After the Lewis and Clark is destroyed, they have no way out as the Event Horizon toys with their minds and their lives.

This movie revolves around the Zander family after the death of Roger, the family patriarch. At risk of losing the family home, the widow Alice, a spiritual medium and mother of two daughters, takes a suggestion from her oldest child to incorporate a Ouija board into her readings. Testing it out in private, she contacts a spirit she believes to be her father, who leads her to a pouch full of money. She then tries to reach out to her deceased husband for closure. But, unbeknownst to Alice, the continued activity with the board starts having an adverse effect on her youngest daughter. The latter finds herself being taken over by a foreign presence. Even more alarming, they soon discover that it isn’t someone they love. Instead, it’s the spirit of a long-dead being who has been watching them for a long time, and now that it has made contact, he has no intention of leaving.

Coming September 10th to HBO Max and theaters is this new tale from the creator of the Conjuring franchise. Maddison suffers from horrifying and paralyzing nightmares of the most brutal crimes imaginable. When she wakes up, she turns on the news to discover that the events of her dreams have happened in real life. Maddison knows who the murderer is. He is a malevolent figure from her past named Gabriel, and she feels him getting closer with each dream, and she knows he will catch her sooner or later. Only Madison can stop him because only she can see him. Gabriel is an invisible presence that has been with her since she was a little girl. In her words, he is the devil. James Wan returns with this new horror movie thriller to do what he does best, scare the living daylights out of us. 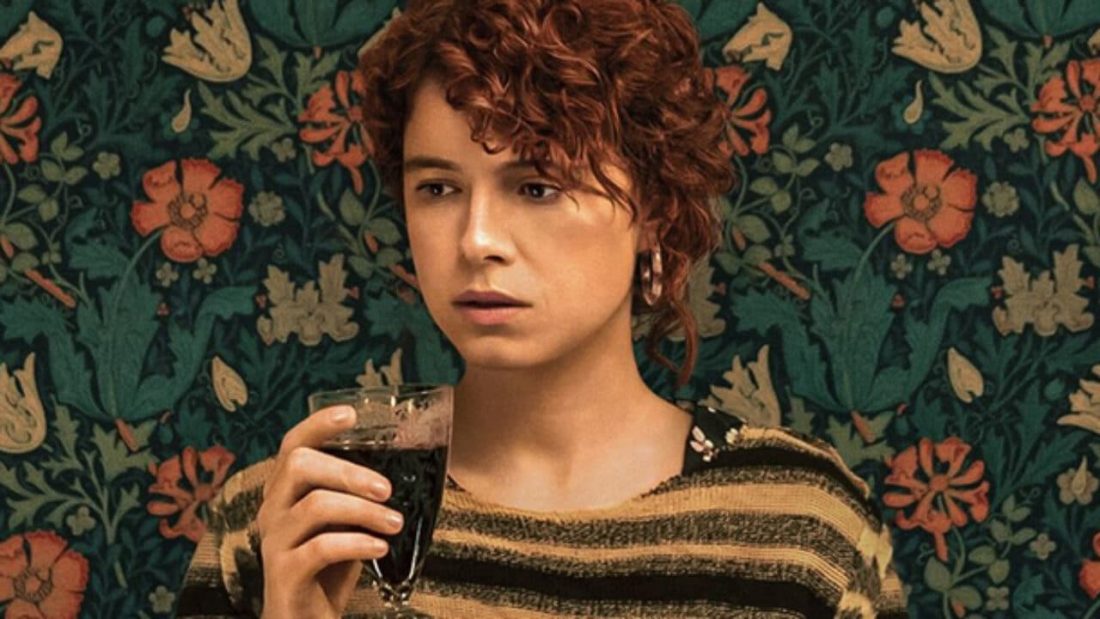 We soon realize ending things can mean anything or perhaps nothing more than a musing. 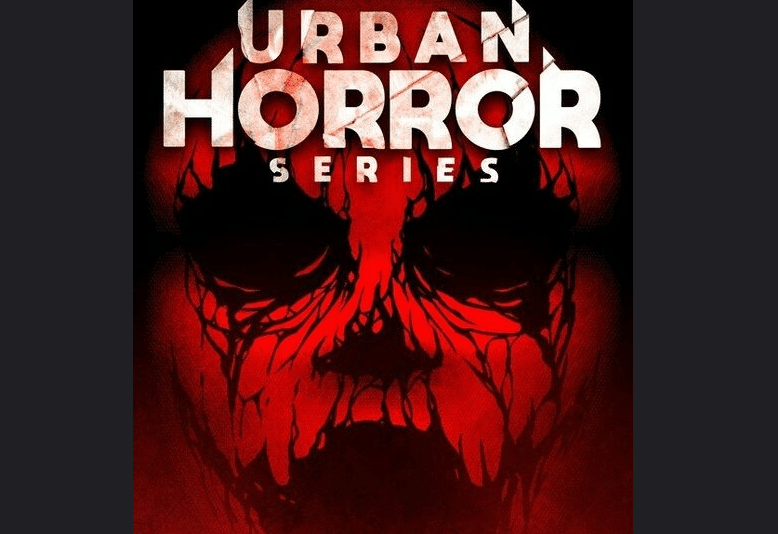 “Urban Horror Series” is a 2021 anthology given an exclusive release on Tubi. The new rendering began streaming on November 10th.