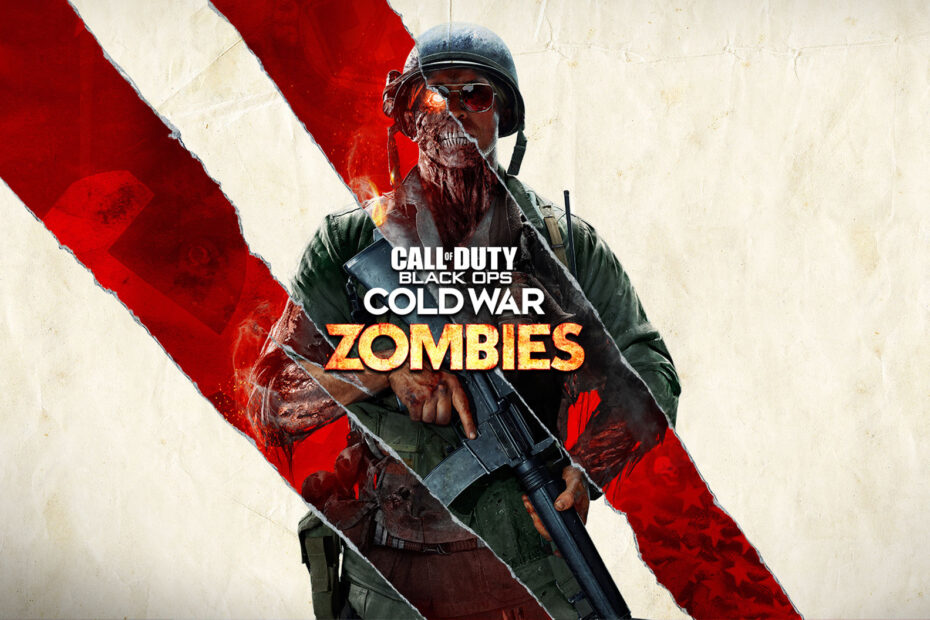 There is more to Call of Duty Zombies than you think: The backstory behind the iconic zombie mode.

Call of Duty: Black Ops Cold War Zombies (2020) follows the events of Tag der Toten from Call of Duty: Black Ops 4 (2018). During World War II, the Nazis experimented in a secret bunker in Morasko, Poland, where they succeeded in resurrecting dead soldiers into zombies. However, the experiment was soon shut down by the Soviets, only to be recently uncovered by Omega Group, a KGB-Spetsnaz joint research team working in favor of the Soviet Union. A task force, Requiem, is constructed to combat undead threats and conduct research for technological advancement.

On November 13, 1983, a Requiem strike team is deployed to the bunker in Morasko, labeled Projekt Endstation, where they discover a rift to the Dark Aether dimension. Upon further investigation, the strike team uncovers Der Wechsler, a device that can restore a zombie’s brain functionality. The strike team uses it on a roaming zombie in the facility, a former Omega Group member named Orlov. Orlov agrees to help the team close the dimensional rift. He successfully seals the rift, demolishing Endstation and sacrificing himself in the process.

Following the destruction of Endstation, Samantha Maxis, a German ex-BND operative, travels to Outpost 25 but is captured by Omega forces and thrown into the Dark Aether dimension. On June 15, 1984, the Requiem strike team arrives at Outpost 25 and contacts Captain Sergei Ravenov, Maxis’ mole within Omega. Ravenov guides the strike team through the undead-infested facility while also dealing with Doctor William Peck, an American scientist who defected to Omega. After learning from Peck of Maxis’s current situation, the Requiem strike team struggles to open a portal and stabilize it long enough for Maxis to escape the dimension. They eventually succeed and exfil with Maxis, while Ravenov elects to remain undercover. Following Requiem’s success, Omega’s leaders, Colonel Lev Kravchenko and Doctor Aleksandra Valentina travel to Outpost 25 to confront Peck about his failure.

In contribution to Omega Group’s progress, Requiem launches Operation Threshold, a large-scale mission across the Ural Mountains where the largest outbreak zones have been identified. Over the next several months, Requiem operators are deployed in multiple Ural regions to eliminate zombies, capture specimens, and commence further research on the Aetherium element. Meanwhile, Maxis is under quarantine and isolation due to the Dark Aether dimension.

On November 15, 1984, Maxis secretly contacts the Requiem strike team during deployment in an outbreak zone, requesting them to meet with Ravenov. Ravenov reveals that Peck has been using Aetherium crystals to supercharge nuclear warheads, which would allow Omega Group to create new outbreak zones wherever they choose. Not wishing to let either side possess the warheads, Maxis instructs Ravenov and the strike team to work together and direct the warheads toward the Pacific Ocean. After clearing out a massive zombie horde, the strike team succeeds in deploying the warheads and manages to exfil. 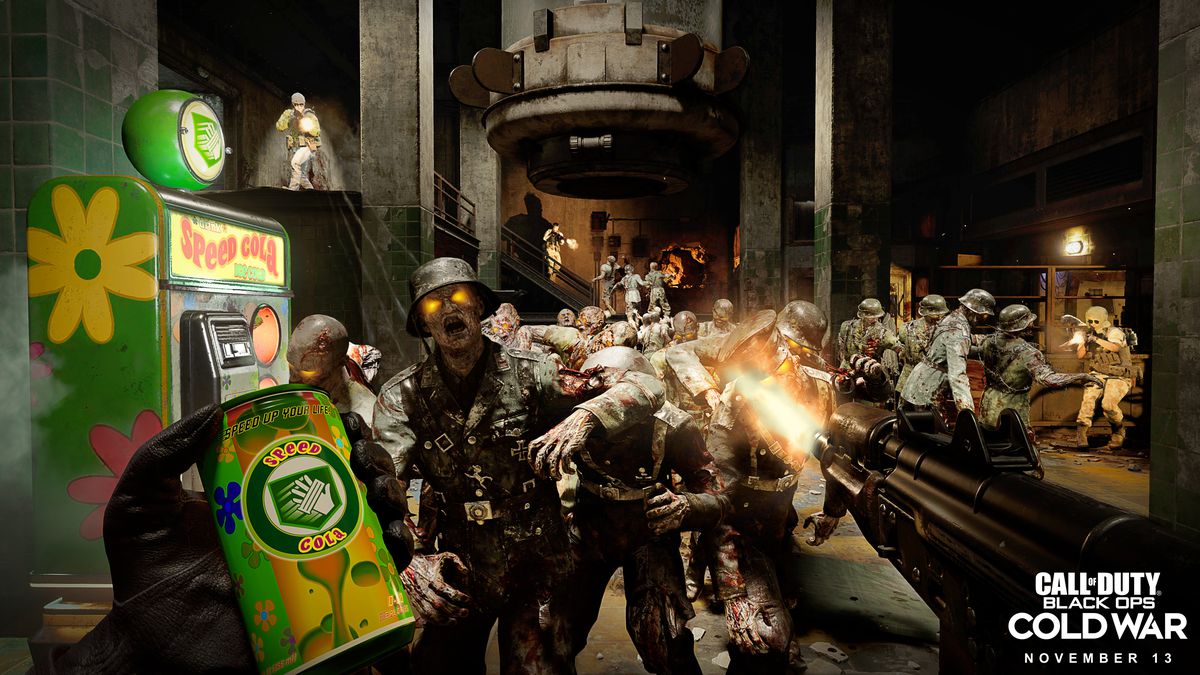 On December 14, 1984, the strike team receives intel from Ravenov that he has lost contact with the scientists. The team is sent to the State Sanatorium U-23 to investigate a crash site and help extract the scientists; however, they were all murdered by Doctor Hugo Jager, an Omega scientist who was secretly a mole planted by Kravchenko to root out the defectors. The strike team attempts to exile but is captured by Kravchenko and Omega forces.

During the operations at the Ural Mountains, both Requiem and Omega meet Kazimir Zykov, a Soviet engineer who is trapped inside the Dark Aether. Zykov, who wishes to escape the dimension, has attempted to send warnings of a mysterious entity commanding the undead forces from within. Meanwhile, Valentina plans to open a gateway to the Dark Aether in hopes of freeing her father. Omega Group eventually determines Valentina as the daughter of Ulrich Vogel, a Nazi scientist who previously led Projekt Endstation.

After the strike team’s capture, an outbreak occurs in East Berlin, where Valentina was last seen. Kravchenko deploys the Requiem strike team at the Berlin site to stop her. On February 2, 1985, the strike team goes to the outbreak site, where they learn that Valentina has been transformed into a Dark Aether creature by The Forsaken. Arriving at an old CIA safe house, the strike team reactivates Klaus, a combat robot customized with an artificial intelligence module created by the Director of Requiem.

With Omega Group’s instructions, the team completes a new Aetherium nuclear warhead using an existing one the CIA left at the safe house. Valentina attempts to stop them but is ultimately vanquished, and her energy is used to refine the Aetherium for the warhead. Klaus carries the warhead through the portal to complete the mission. Kravchenko attempts to betray the strike team at the last minute, but Maxis uses her Dark Aether power to open a portal, allowing the team to return home safely. Meanwhile, the Director monitors Maxis and concludes that her power is a concern towards Project Janus, a project that is vaguely introduced in the end. 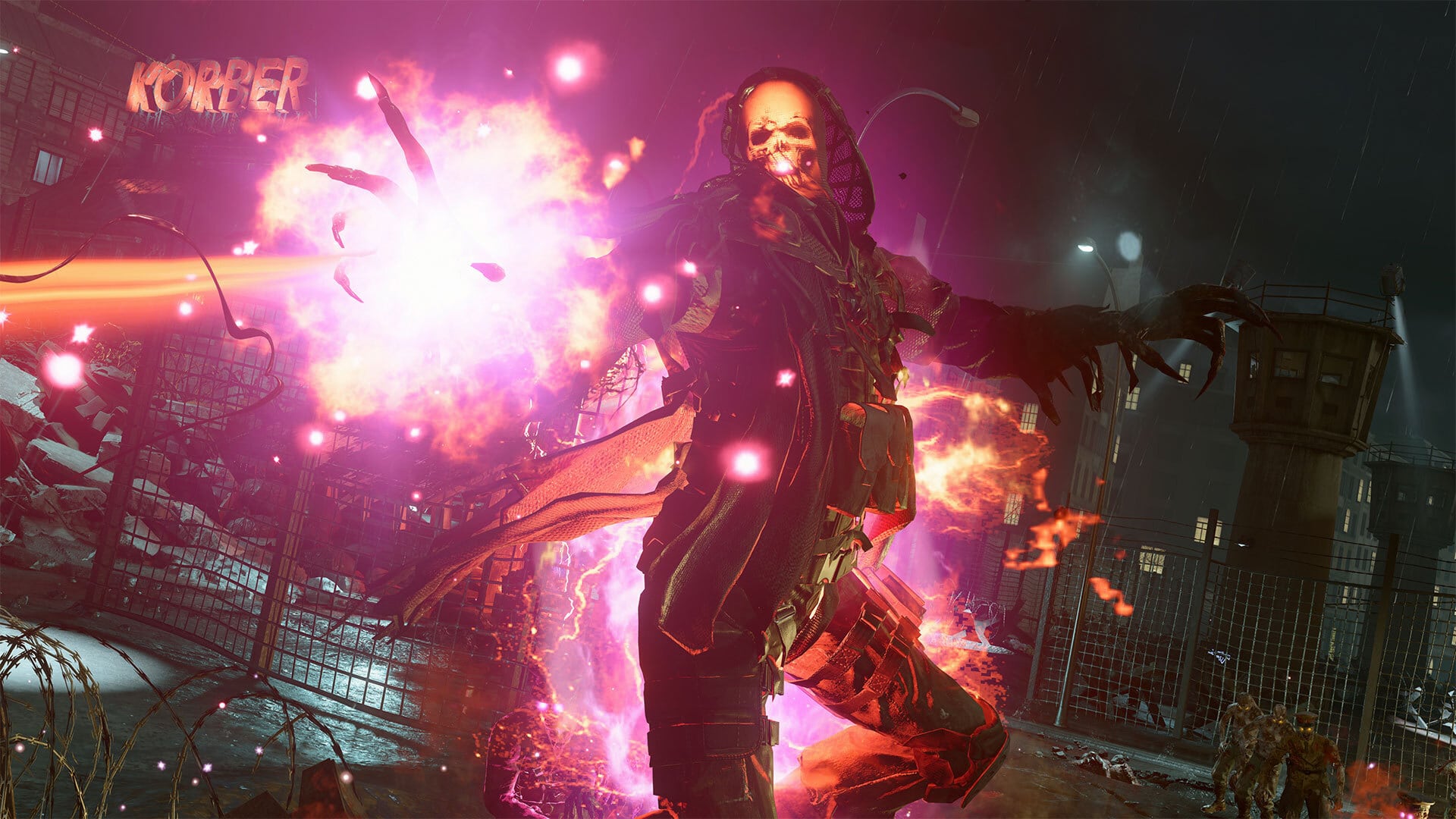 Horrors of Old Age in Romero’s The Amusement Park