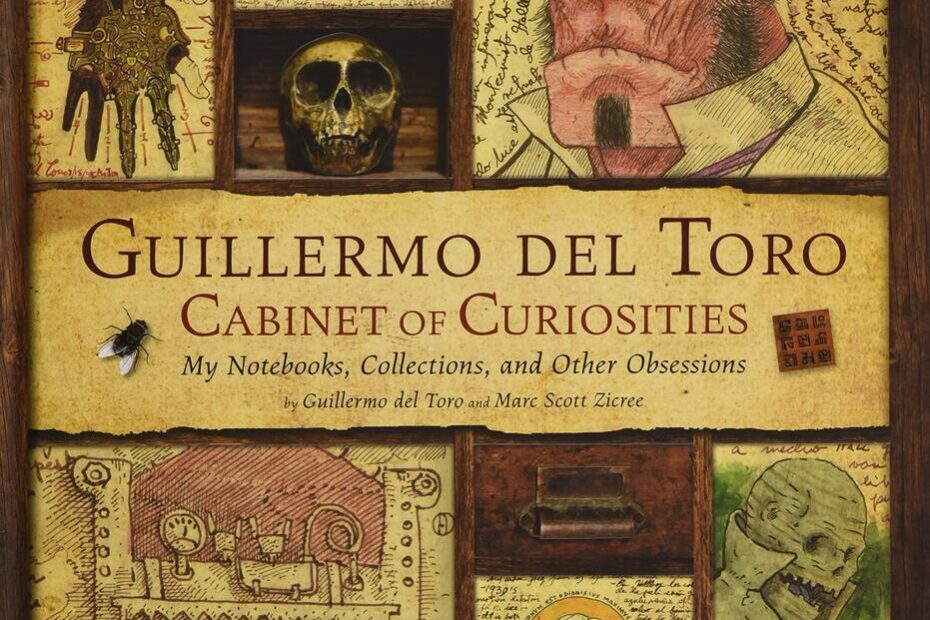 Guillermo del Toro’s book titled Cabinet of Curiosities is filled with beautifully illustrated pictures of del Toro’s imagination. The pictures throughout the book range from scribbled sketches with personal notes, design blueprints, posters, and notebook entries. The book is divided into three separate sections including the “Bleak House” collections, his famous films, and finally his unfinished projects. All of these aspects of the book highlight the immense imagination of Guillermo del Toro, a famous filmmaker who directed Pan’s Labyrinth (2006) and Pacific Rim (2013) among many others. Del Toro’s personal and professional life are also revealed in great detail throughout the book, showing the limitless imagination and creativity he possessed. It provides insights on the struggles and successes he accomplished, from his humble childhood in Guadalajara, New Mexico, to his long lasting film career and how those experiences translated into his artistic career.

The book Cabinet of Curiosities which was released in late 2013 showcases the director’s imagination and creativity seen throughout his various films and his influences from popular media and culture that are also present throughout a variety of his films. These influences seen throughout del Toro’s career are translated into dark fantasy and horror in his films. The book mainly focuses on del Toro’s detailed notes, sketches, and maps of his projects that would eventually form into the many famous films he directed.

One of the most interesting aspects of the book includes the design and blueprints, along with detailed notes of del Toro’s house which he named “Bleak House.” In an interview once, he compared his house to a temple and a church and was the one place he could go to in order to create his masterpieces. He goes into great detail about how the house influenced his creativity and how it reelected his imagination. 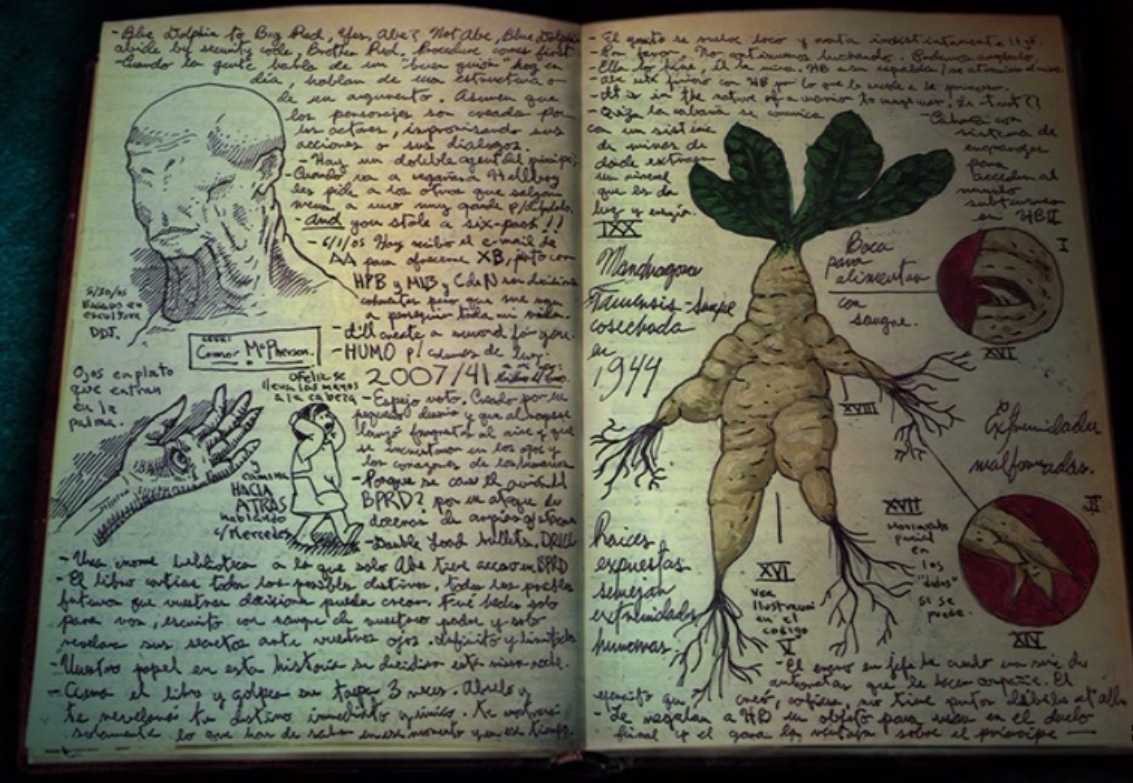 Interview with the Vampire: A Novel Review

This book is the perfect read for those who like in-depth visual depictions of what is being discussed as each page is filled with brightly illustrated paintings, sketches, and designs. These visual designs are horrifying, elegant, and ghoulish leaving the reader unsettled but pleasantly intrigued in the stories throughout the book itself. Some of these depictions show the house in great detail showing the large bust of Frankenstein sitting in the lobby of the living room.

The notebook entries section of the book focuses on del Toro’s critically acclaimed films in chronological order. The notebook includes pictures from the films and his personal notes in Spanish and English, as well as maps and models of the films. The most interesting part of this section of the book are the photographs that del Toro and others involved in his films took during their time throughout their careers with each other. The book is also filled with essays written about Guillermo or his work that fill missing gaps left out by del Toro himself.

The last section of the book includes information and illustrations about Guillermo’s unfinished works. This is arguably the most interesting section of the book due to the emotional aspect of the way the story is told. There are several interviews about del Toro’s work giving a special insight into the creative mind of the famous director.

In summary, Cabinet of Curiosities is an amazing compilation of the stories of the creative director Guillermo del Toro with loving stories and deep insights into the mind of the imaginative genius. For those in love with the grotesque and strange curiosities, this is the perfect book and an easy read. 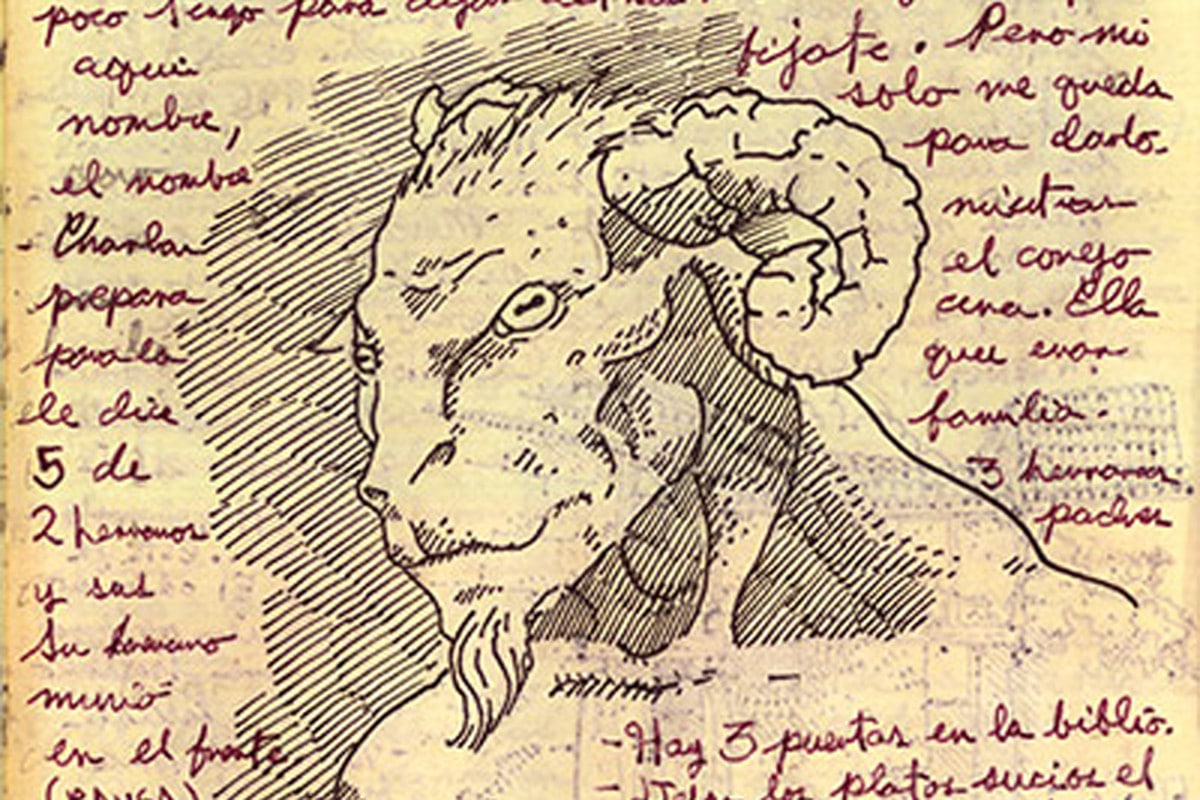 previousInterview with the Vampire: A Novel Review
nextThe Psychology of Psycho (1960): An Opinion Piece