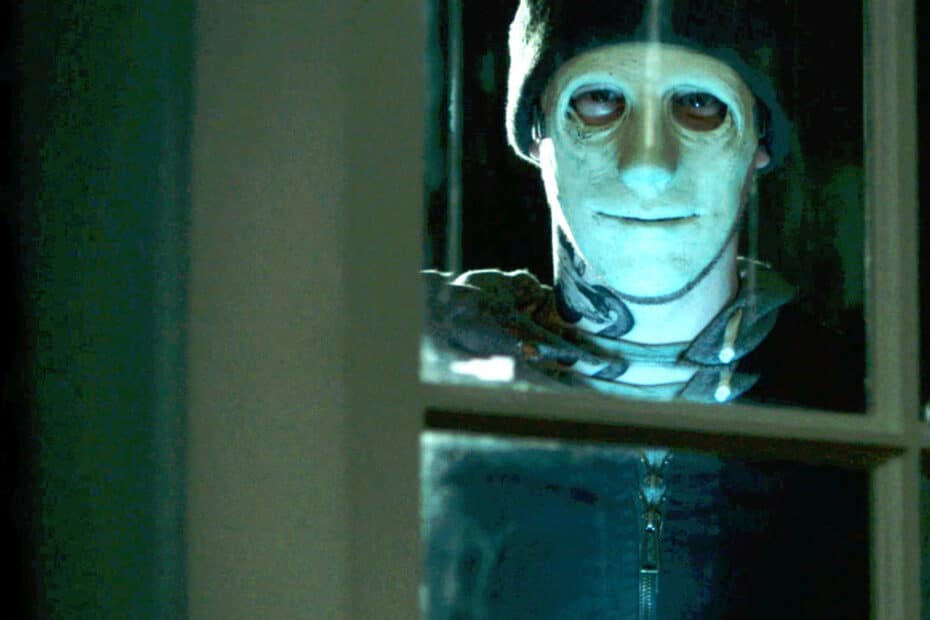 In just about every scary movie, there is always one common takeaway; silence is key, and if you’re quiet enough, you might just survive. But what happens when you can’t hear the gravel under your feet, or the glass breaking in the next room, or the sound of footsteps across wood floors? Maddison “Maddie” Young, the author of a critically acclaimed novel, lives a quiet life alone in the woods with her cat. She lost her hearing and ability to speak as a young girl, leaving her completely deaf, and in the quiet woods, cut off from the outside world, someone takes notice.

Maddie finds herself trapped inside her own house by a killer who gets the jump on her before she even knows he’s there. Never given a name, known only as The Man based on the after-film credits, the Man takes all communication from Maddie and blocks her every attempt to run, telling her that he intends to completely break down her resolve to live before finally killing her. A pulse-pounding cat and mouse game follows that keeps the viewer on the edge of their seats throughout. It works because of its believability. We’ve all been nervous about other people outside in the dark with us. The killer can sneak into the house at any time and puts us in Maddie’s shoes of not always knowing where he is. I found myself gripping my seat every time she tried to sneak out of the house because she didn’t realize how loud she may be. At one point, she even has to catch her breath when she realizes she’s breathing too loudly by the heaving of her chest.

There aren’t a lot of characters in this movie. IMDB only lists five, three of which are seen briefly. So for most of the film, it’s just us with Maddie and the Man. Despite not being able to speak, Kate Siegel brings Maddie to life well and makes her a heroine you can’t help but root for. Siegel brought an authentic vulnerability to the role as well as a toughness that underlined Maddie’s will to survive. John Gallagher Jr. as the Man is a terrifying presence. He’s not huge and brutish like Jason Voorhees or intimidating like Michael Myers. 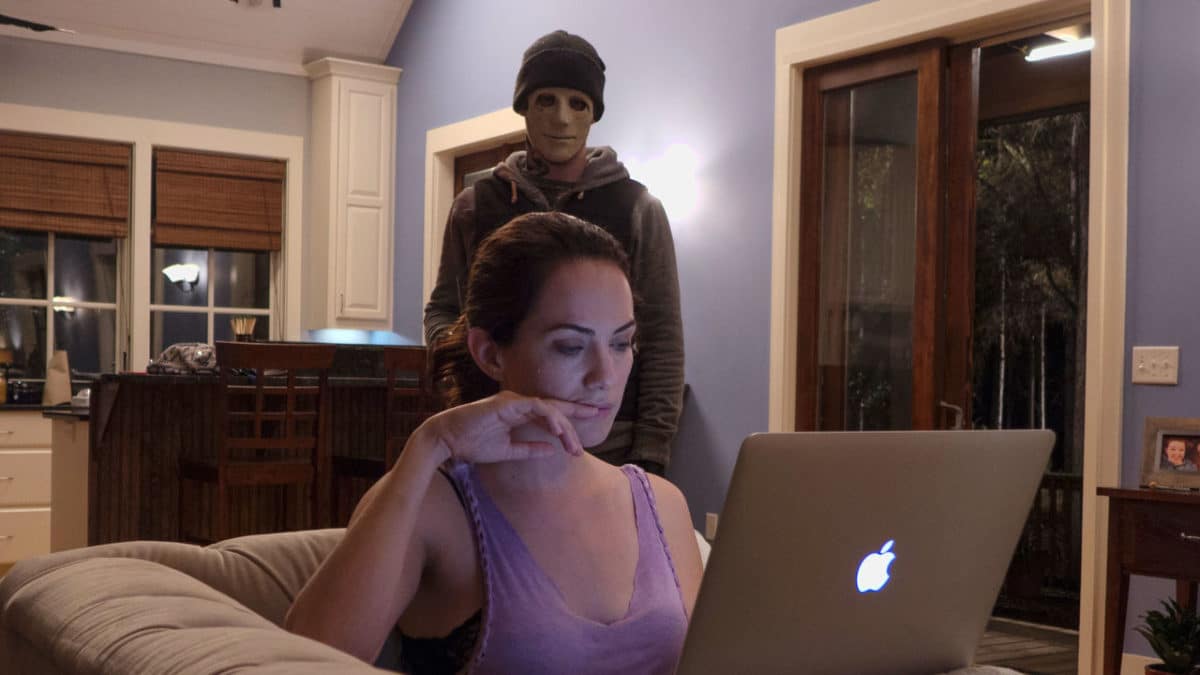 In comparison to both, he’s shorter, probably shorter than Maddie. He’s someone who, if you met him on the streets, you might think you could beat him in a fight. What makes the Man intimidating is the enjoyment of what he does. He seemed to me like someone who is overlooked in life, perhaps disregarded completely and looked down upon in the world, but under the mask, he’s in his element. I saw him as someone who enjoys outsmarting those who would never look twice at him and making them pay for it in a secluded locale for which he hunts. There is nothing more dangerous than a man who enjoys what he does. The Man is someone firmly rooted in our world as one who can be waiting for you outside your house when heading to work or someone having memorized your address from your ID before selling you liquor.

Speaking of grounding, the setting. No one expects things in Hush to happen to them, but these things happen all the time. The establishing scenes of Maddie alone in the house established a world we all live in disturbed by an unwanted visitor. The lack of Maddie’s ability to hear increases the tension so easily because it’s a vital sense that the Man can use while Maddie can’t, and they both know it. Despite mainly focusing on these two, there are deaths in the film. They’re not creative like they might be in a slasher film, but they’re still graphic, so gore fans will be pleased. The first victim’s death was so tragic and brutal, establishing the villain as someone who came out of nowhere and instantly grabbed your attention. Aside from the limited deaths, there is cringe-worthy violence from the two characters’ interactions, good cringing, I mean. So much of the violence is depicted viciously. You can almost feel every wound as the viewer. The scares overall come from the constant elevation of tension as the film progresses. I can recall no jump scares, but you’re tearing at the seams of your couch cushions with every scene.

In case I haven’t made It clear enough yet, this film is a must-watch. Stephen King, the master of horror himself, gave praise. “How good is Hush? Up there with Halloween and, even more, Wait Until Dark (1967). White knuckle time.” Hush, by Mike Flanagan, is a perfect 5 out of 5 that horror lovers need to watch. It’s a Netflix exclusive film. I’ve seen it multiple times before. I recently watched it again for the first time in almost two years before writing this article, and despite knowing what was going to happen, I still found myself wanting to yell at the screen. I don’t believe this film was ever in theatres, but I would go and see it if it were. 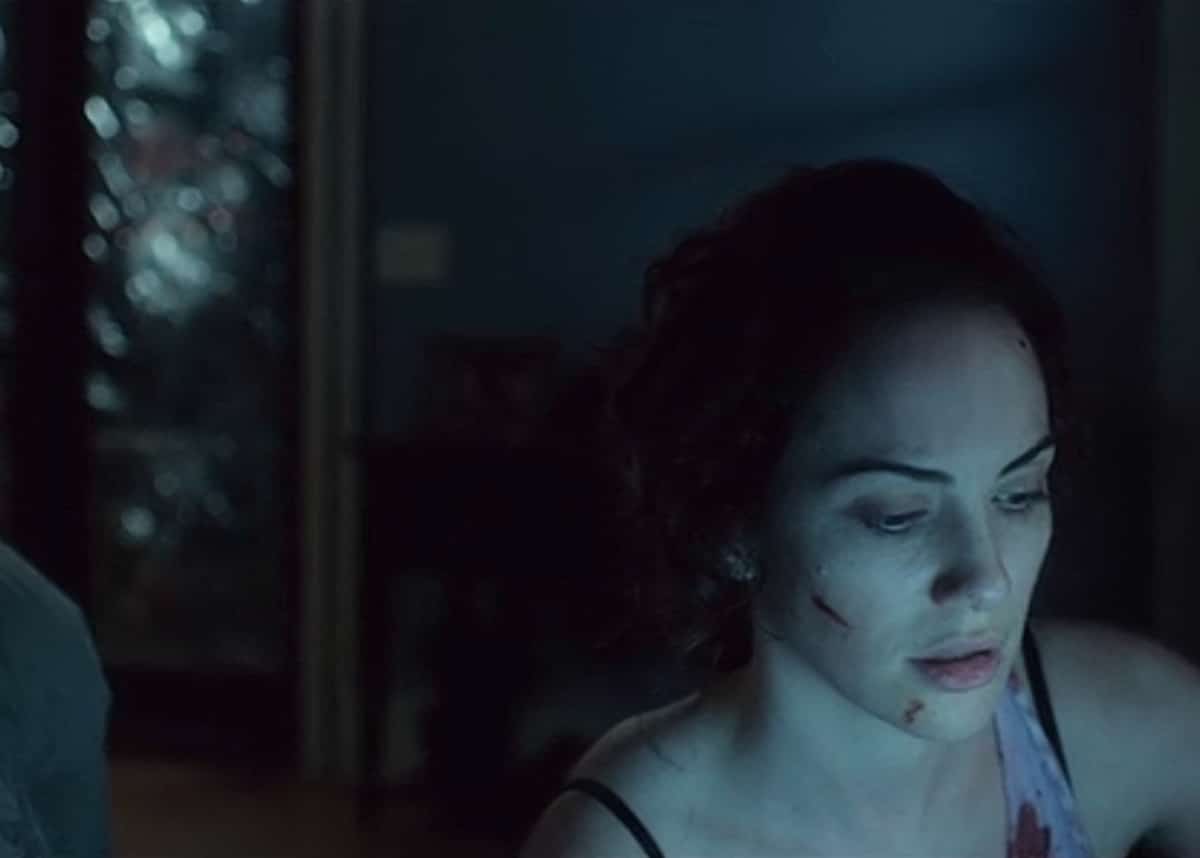