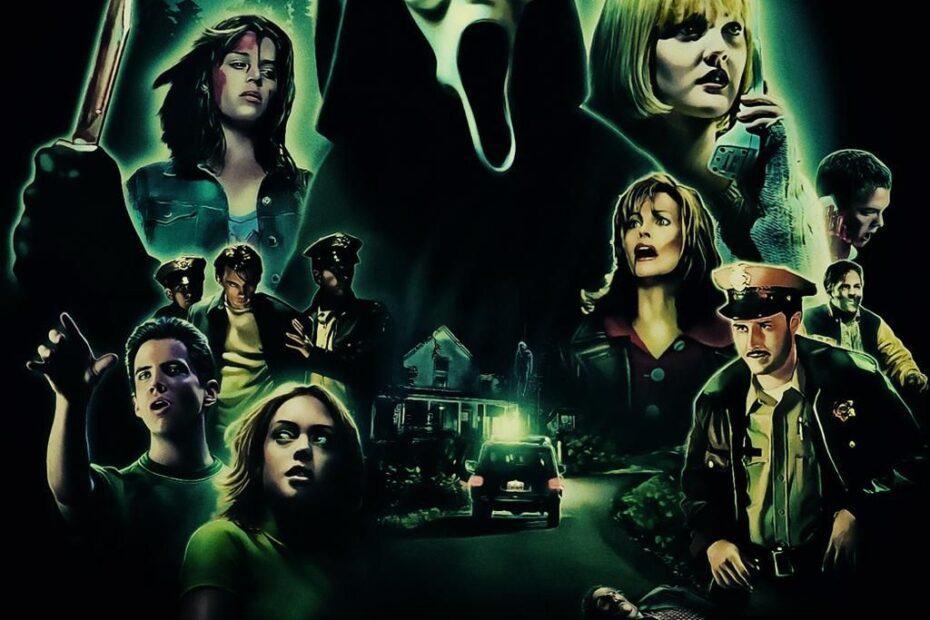 Scream (1996) is a unique “typical” slasher movie that focuses on hitting every slasher flick trope. The movie is a meta parody as the characters are all familiar with horror movies with horror movies and the set rules to follow in order to survive. The killer plays with his victims by creating every high schooler’s worst nightmare: A pop quiz they did not study for. The masked killer calls his victims to engage them in an impromptu horror movie themed trivia game. If they get a question wrong they die.

As with most slasher flicks, everyone is a potential suspect. Sidney because her mom was murdered nearly a year ago so people think she is trying to get attention. Her boyfriend because of Sidney’s eyewitness report and having a phone on him. A reporter who wrote a book on the man wrongfully imprisoned for the murder of Sidney’s mom. A horror movie fan who mocks the victims and seems to genuinely find the murders hilarious. What is different about Scream is that there are two killers working together so as to provide alibis for each other. Boyfriend even gets out of jail because another murder takes place while he is locked up. We are tricked into thinking he has been murdered, we even see it happen, only to reveal later he was a part of it. This explains the seemingly superhuman abilities of the killer. He is able to quickly chase down and gruesomely murder because the victims and the police do not realize they are hunting two murderers, causing them to release one they had already captured. Horror movies tend to feature one killer with a reason for their sprees. Scream breaks the mold by providing double the murderers and no motive other than they were bored and mad at their girlfriends. Even though the characters know the rules to survive horror it does not help most of them survive. Even Randy who shares his vast knowledge of slasher flicks gets attacked several times. Sidney survives not by being rescued but by her cleverness. 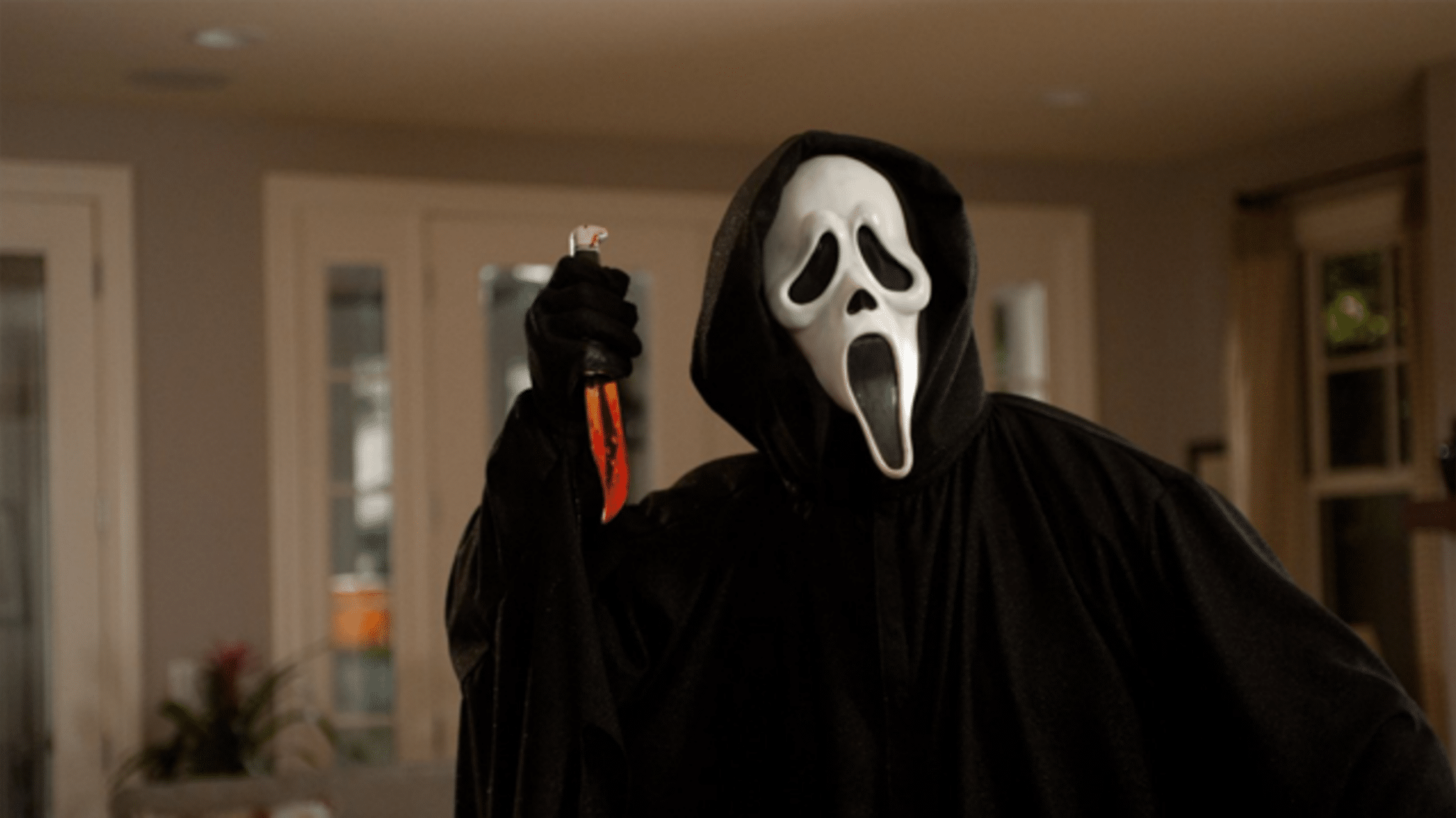 The advertising for this movie was unusual. The posters feature Drew Barrymore being cast in the movie. She was popular in lighter films and Scream was presented as her playing a starring character. The movie opens with her preparing popcorn for a horror movie she is about to watch. She answers the phone and starts flirting with the unknown caller, discussing horror movies. The caller asks her “what’s your favorite scary movie?” and then the movie truly begins. Within 12 minutes, she realizes she is in danger, sees her boyfriend is tied up outside, and she must answer trivia for them both to survive. She gets an easy question wrong and her boyfriend dies. She is chased around the house and brutally slaughtered out of sight as her parents arrive home in time to hear her die over the phone. They rush outside to find her hanged and gutted from a tree in the front yard.

Another way Scream differs from other films is with their sequels. Each movie does not feature the same killer, more so they borrow the look of the original. The original sums itself up with Sidney killing the boys and redefining the “final girl” archetype. The sequels all feature copycat killers who take on the aesthetic of the original Scream killer. The sequel focuses on sequel tropes and so on for an additional soon to be 4 movies and 2 TV series. 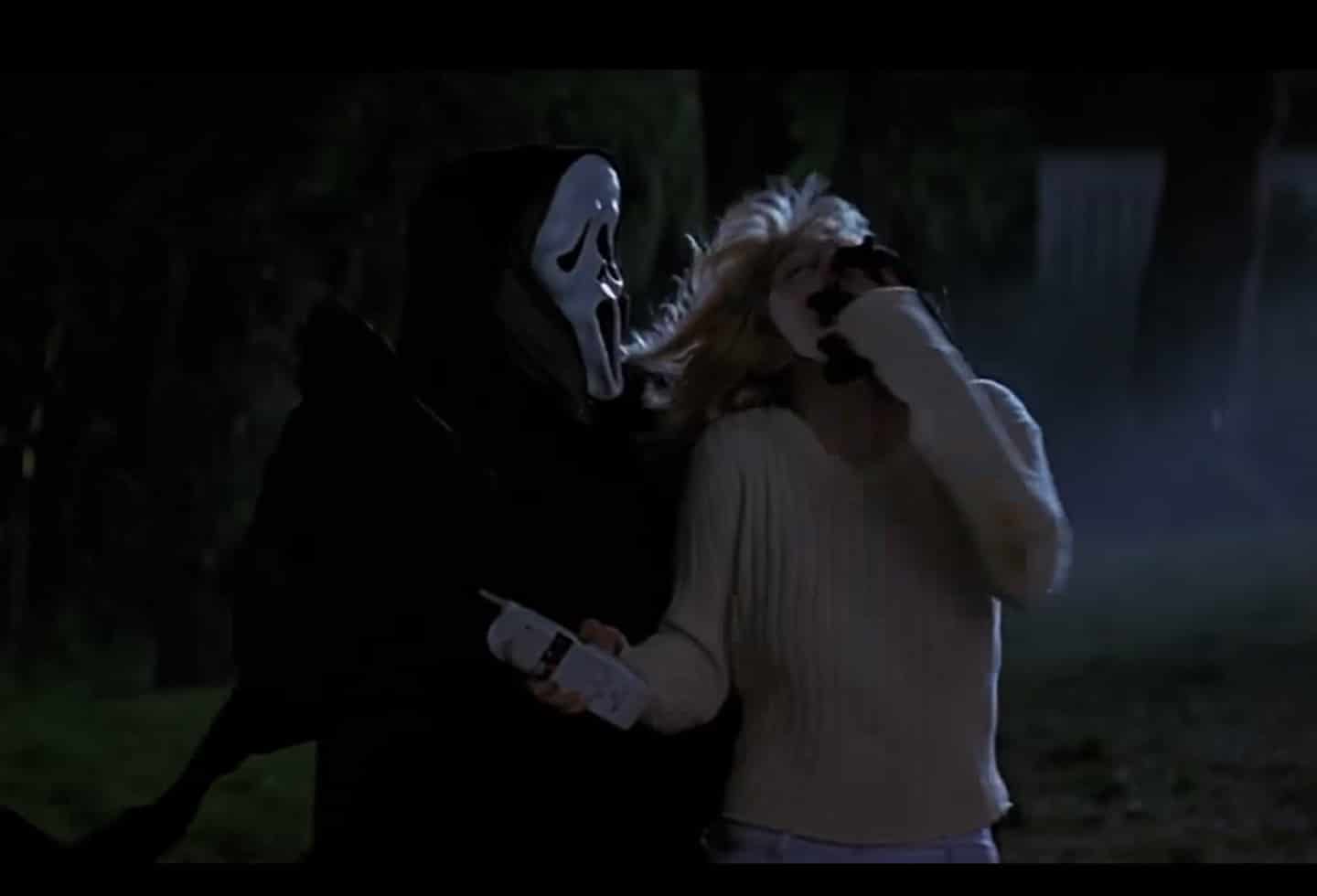