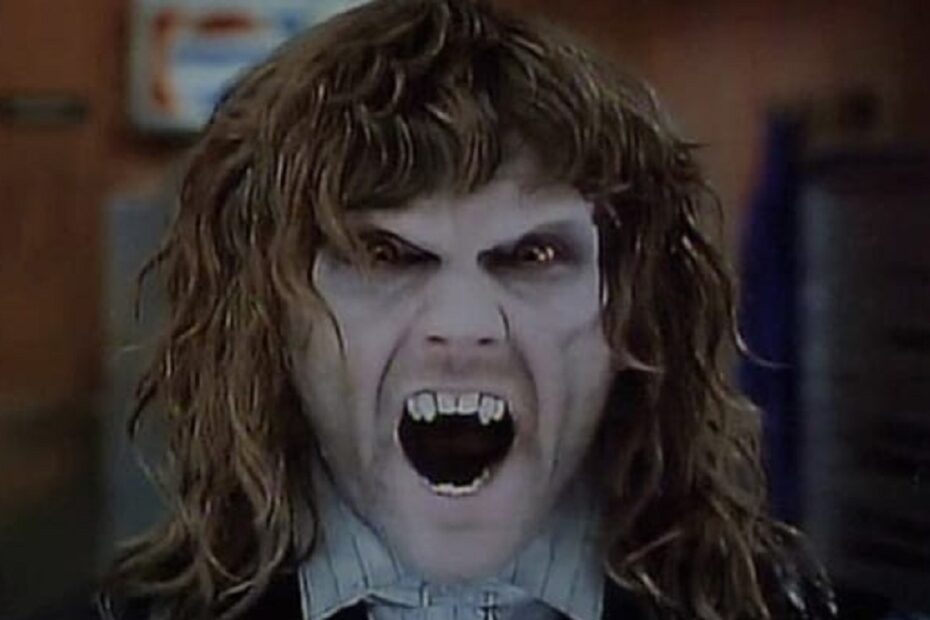 In its humble beginnings as a Canadian film, Blood and Donuts (1995) is a supernatural comedy horror that has all the charm of a sitcom. Of course, it can’t be a horror without its monster.

The star of the show is a vampire called Boya who has been asleep since the moon landing. Woken up from a stray golf ball, the vamp crawls out of his flimsy sleep-bag to find that a lot has changed in 25 years. Eventually, he meets Molly and Earl, a donut shop waitress and a cabbie, respectively. Unfortunately, this means that they become involved in each other’s problems. A violent ending seems inevitable with the involvement of a gang and a mysterious woman who seems to know Boya.

Despite looking like a young Led Zeppelin in need of a chiropractor, Boya fits in pretty well amongst the populace of city-goers (what that says about him or them, I will not say). It is because of this that the sentimental fool is able to keep his nightly activities under wraps, especially as he visibly struggles with a blood-hunger that he staves-off with rats and bloody animal products. This is part of what makes the film a horror, mostly in how the vampire’s powers end up backfiring -becoming the cause of his and other people’s suffering. 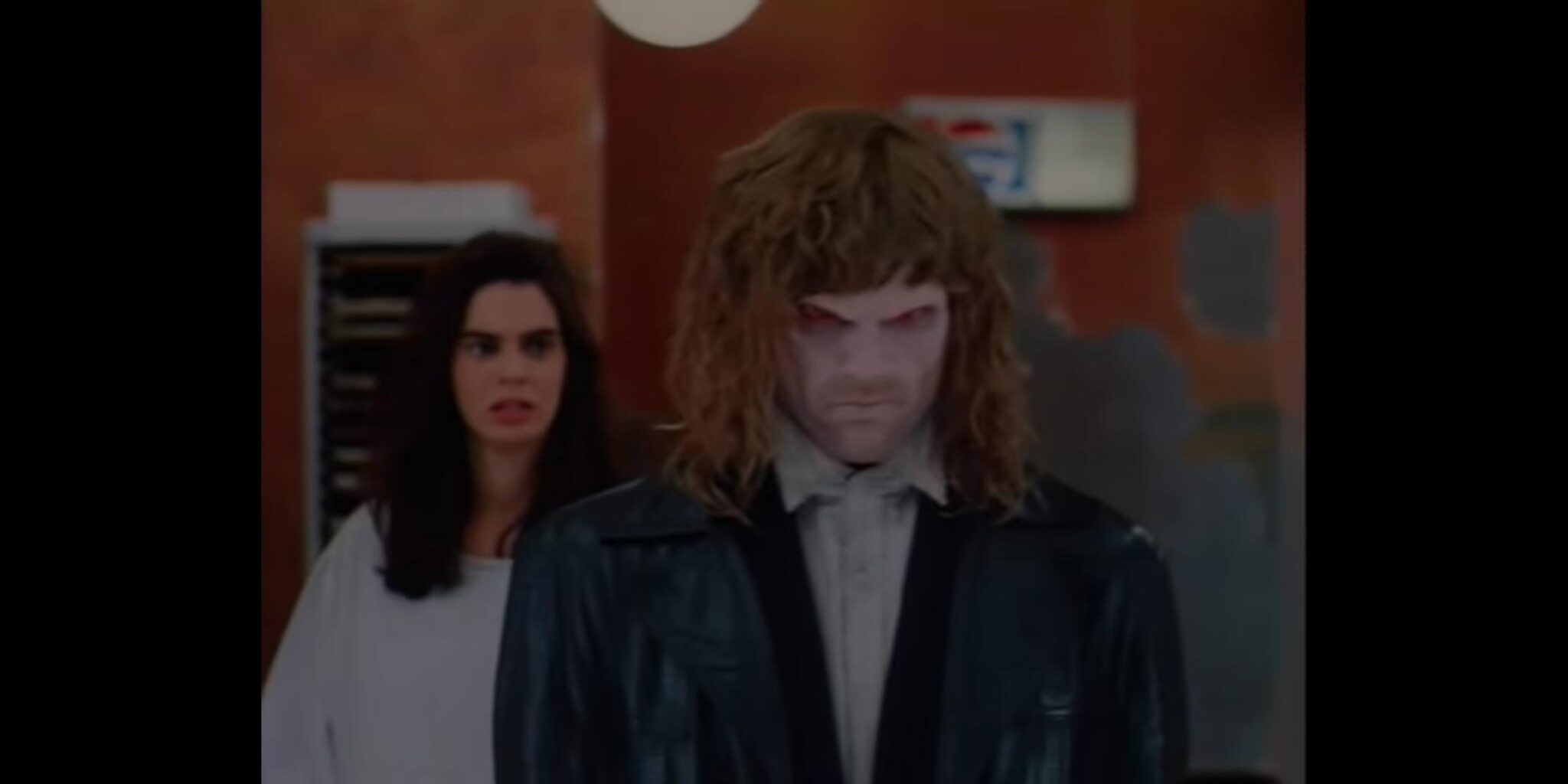 When considering the special effects, I especially love how the atmosphere is handled in a nearly all-night setting and a bunch of obscuring techniques like smoke, foggy windows, and darkness. The scenes of blood and gore are pretty decent too, especially when Boya gets impaled and burnt to an active smoke by the sun. Otherwise, most of the budget seems to be pooled into the soundtrack filled with ironic love songs.

As I said in the beginning, Blood and Donuts has the feeling of a charming sitcom. Yet, I say this with the impression of it being a pilot episode of an unaired series that never got off the ground. Don’t get me wrong, the movie isn’t half bad to watch and has reached its own crescendo of violence you would hope for in a Horror movie. However, since the movie is not too grim, dark, or particularly horrifying I can honestly say that the bitter-sweet ending, unresolved romance, flat characters, and unmet levels of humor can be a deciding factor for how anyone could receive it.

Since the Blood and Donuts is a bit obscure, if not hard to find in any video platform, I wouldn’t be surprised if no one remembers it or knows where to find it other than in subscriptions. It was only by pure chance of fate that I even came across this film, so I would definitely recommend it for anyone who has the opportunity to watch it. If you are a more sentimental type and have liked Little Shop of Horrors (1986) and the American Werewolf in London (1981), this might be a movie for you. 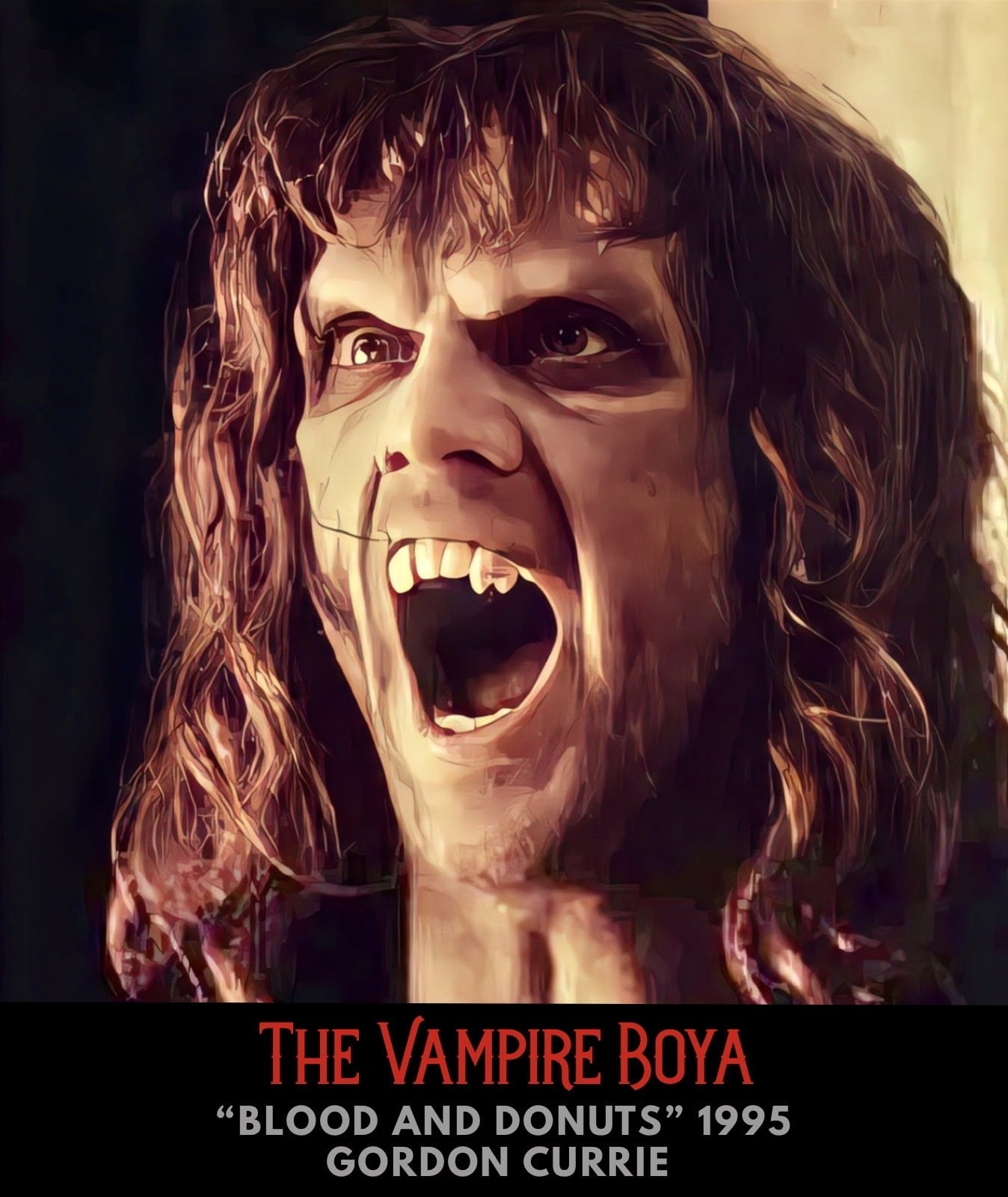