Home > There’s Someone Inside Your House: A Review

There’s Someone Inside Your House: A Review 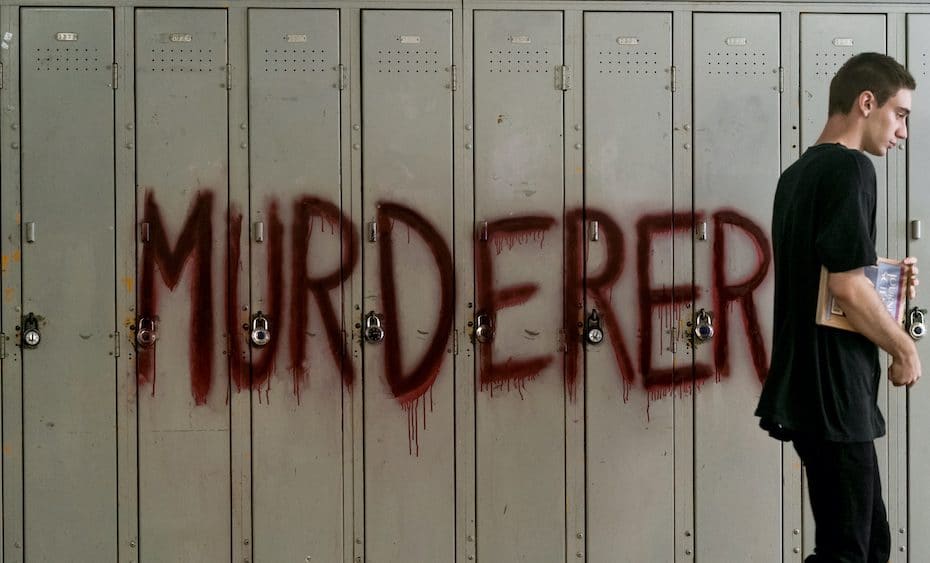 A Movie Meant For Our Time, But Does It Work?

There’s Someone Inside Your House (2021) premiered on Netflix this past week by director Patrick Brice and produced by horror mastermind James Wan. Based on the novel of the same name by Stephanie Perkins, this modern-day slasher follows a teenager in a small Nebraska town as a killer stalks her classmates. The elusive assailant haunts those who have something to hide, revealing their most terrible secrets to the city before slaying them. Everyone has their secrets, and no one is safe, not even Makani, who moved to the town from her native Hawaii to evade something so terrible, she will never be entirely out of its reach.

This film doesn’t worry about taking itself too seriously. It’s a good blending of horror and comedy. A combination that isn’t always done well, but the two stay out of each other’s way to not bring one another down. When it’s time to be funny, we can laugh with the rest of the cast in their moments of levity, and when it’s time to be afraid, we are. This new slasher feels fresh for the Halloween season, but you are advised not to think too hard or take it too seriously like many others in its genre. It sets itself up well but stumbles on two left feet as it progresses and bogs down its potential. This work from Atomic Monster studios is devoid of being practical and is riddled with plot holes that keep it from being a solid story. Any hopes of redemption vanish entirely by the movie’s climax as it falls into complete predictability and nonsensical story resolution that feels too much like the director was trying to wrap up the project hastily. To reiterate, this film is enjoyable, but one should enter expecting as much story depth as your basic Friday the 13th sequel.

One of the facets that make this movie enjoyable is the characters. In most slashers, the main group of friends serves as numbers in the body count that follows. There’s Someone Inside Your House breaks this routine by killing these characters off as minimally as possible and keeps them from being predictable tropes (except for one guy). Before any of them fall, you are granted two evenly spaced victims and time to get to know each group member. The defining trait of these teenagers is something that many horror films neglect. They are likable and believable. When one of them dies, the remaining friends mourn their loss, and so do you. If Netflix had decided to make this story into a 10-part series, not only could they have done away with the plot holes and bad ending, but they could have made you come to love these characters more and fear for their survival properly. They could have also given the killer a more reasonable backstory for their actions. By the end, you could have been made to understand why they chose their victims and how they discovered their secrets. As this film stands, you do not get that. 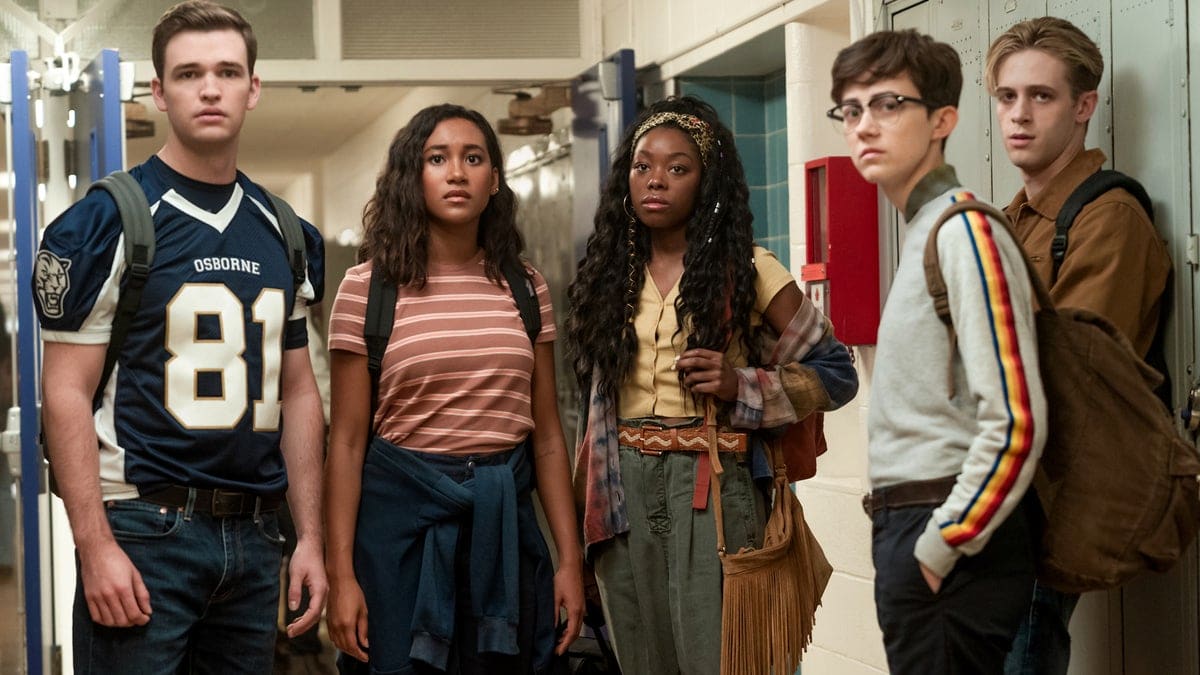 When someone dies, it’s always brutal and bloody, sometimes with a bit too much CGI. The first kill gave off Scream vibes as you’re led through the victim’s house to see how the film earns its name. After that, the death is violent and in your face, but the CGI is a bit much. As far along as computer imaging has come, you still can’t beat practical effects in moments like these. Most of the kill scenes are more bloody than scary, which is acceptable, considering the genre. I liked that some had an emotional punch due to the time spent with the personalities. One character is a flawed yet sweet and lovable individual. When the killer reveals his secret, you empathize with him. You don’t care what his secret is. You want him safe.

The killer was intimidating, especially with their masks. He makes 3D printed face coverings of their victims’ faces to a spectacular trait during his attacks. The murderer appears genuinely frightening at times, but again, the lack of practicality brings them down at crucial moments. Their reasoning is flawed as well. The best villains have a nugget of truth to them, and this one has a great MO. The delivery was just bad. The reveal comes off cartoonish and throws out the efforts of the rest of the film.

This film had a lot of potential but seemed to shoot itself in the foot at every opportunity for a great moment. For that, I give it a 2 out of 5. It’s watchable for the reason one watches slasher flicks, but not much else. The characters were the best part of the film and are a saving grace, but not enough to redeem it. Perhaps if Netflix had opted for a mini-series, they could have made this work. However, they have always been great with one-season stories. 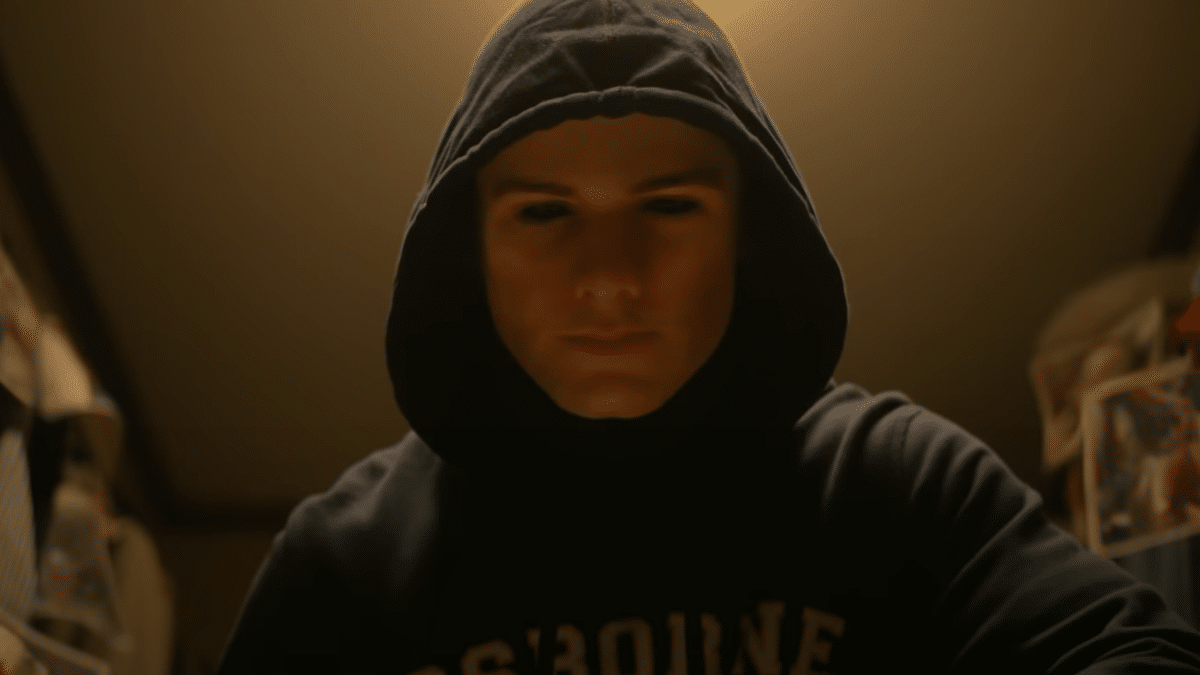 There’s Someone Inside Your House (2021) Official Netflix Trailer