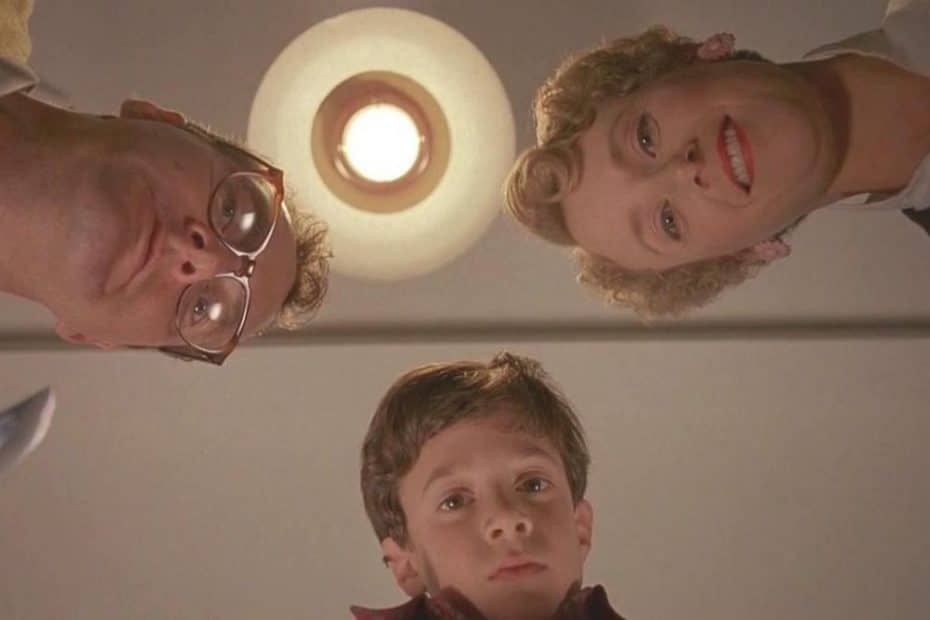 Despite its lackluster name, Parents (1989) is an old horror comedy that is oddly entertaining to watch, even if the comedy is not what I was expecting.

Having recently moved into the Californian suburbs of 1958, the Laemle family appears to be just like any family in their secular neighborhood. Nick and Lily, ten-year-old Michael’s parents, seem to be the most enthusiastic about this stage in their lives while their son is… less so. Still, they come into this movie as a normal family full of happiness and human meat.

Even while their activities fall under a veneer of picture-perfect caricatures from a Retro-American sitcom, the parents work as a unit to instill Michael into their idea of a ‘good son’ who ate his forbidden meat and followed their expectations. The kid is very aware of this in the form of subconscious hallucinations and suspicions about parents’ nightly activities, and they are aware that their local food-of-choice will ultimately be met with torches and pitchforks. Still, Nick continues to get meat from Toxico’s cadavers, Lily continues to prep and cook them, and Michael continues to perpetuate his anorexia nervosa.

Well, until Michael breaks the cycle with a knife in hand.

In spite of how I was framing this as an interpersonal horror (and it is, in a way), the movie is definitely about a family of frisky parents who happen to be domestic cannibals with a son who suffers for it. The gore is plentiful, even in the form of vivid hallucinations, and the violence is perfectly built-up to the hour-long tension that is the creepy mannerisms of the father and the unexpected callousness of the mother. Even Michael could be unsettling at times, but the overall threat of violent people-eaters is undoubtedly there. 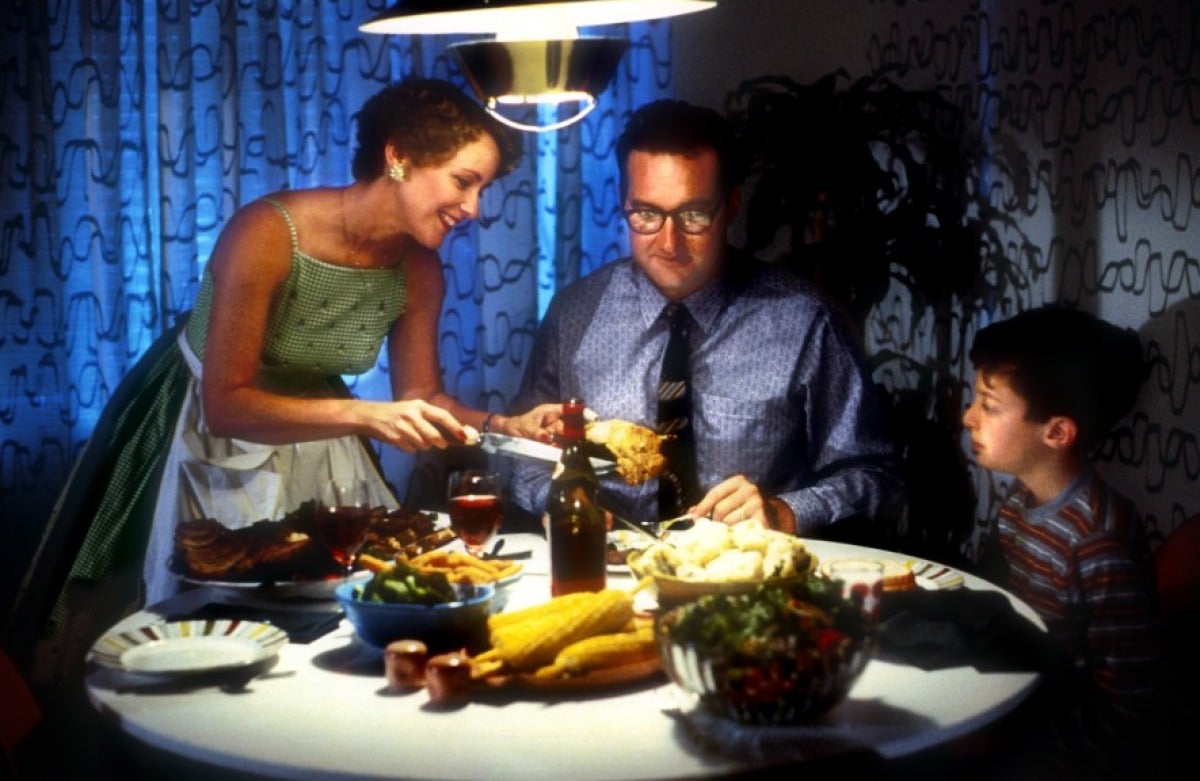 There isn’t a particular background for this movie other than the setting it was made in. However, I am cursed to know the medical miracle that the parents performed by not contracting prions or various bloodborne diseases like HIV, the cause of an epidemic that started in 1981. I am further plagued by the knowledge of human meat tasting like pork or veal, apparently, which is likely why the father likes pork chops. And I am actually chilled by the realization that cannibalism is used as an exaggerated example of toxic idealism that has evidently been a generational form of abuse.

While it is mainly Michael’s father who is a source of emotional and physical abuse, both parents perceive the kid’s refusal to eat as a deviation from their ideals; that he is selfish and on the path of loneliness and unhappiness. The thing that makes Parents a whole other kind of horror movie is how they play this in congruence to their otherwise genuine love and affection for their son (as far as I can tell). It honestly makes the whole situation worse knowing the possibility of them believing in this method of ‘happiness’, and therefore believing in the ideals that they literally try to force-feed in Michael out of their sense of love.

It is… indescribably unsettling.

Outside its poor initial reception, Parents has its own perks in the special effects, lighting, music, and creative tracking shots that are impressive considering its age. With that said, the acting is a bit weird, although it could just be the movie’s effort to set up its creepy atmosphere. The comedy is a bit lackluster, aside from the brief hysteria I experienced during the school therapist’s scenes. I wasn’t truly wowed by the movie, but it is not necessarily a bad execution on an otherwise bare-bones story that frankly could be a whole lot worse.

Overall, it’s not a bad movie to watch during Thanksgiving. 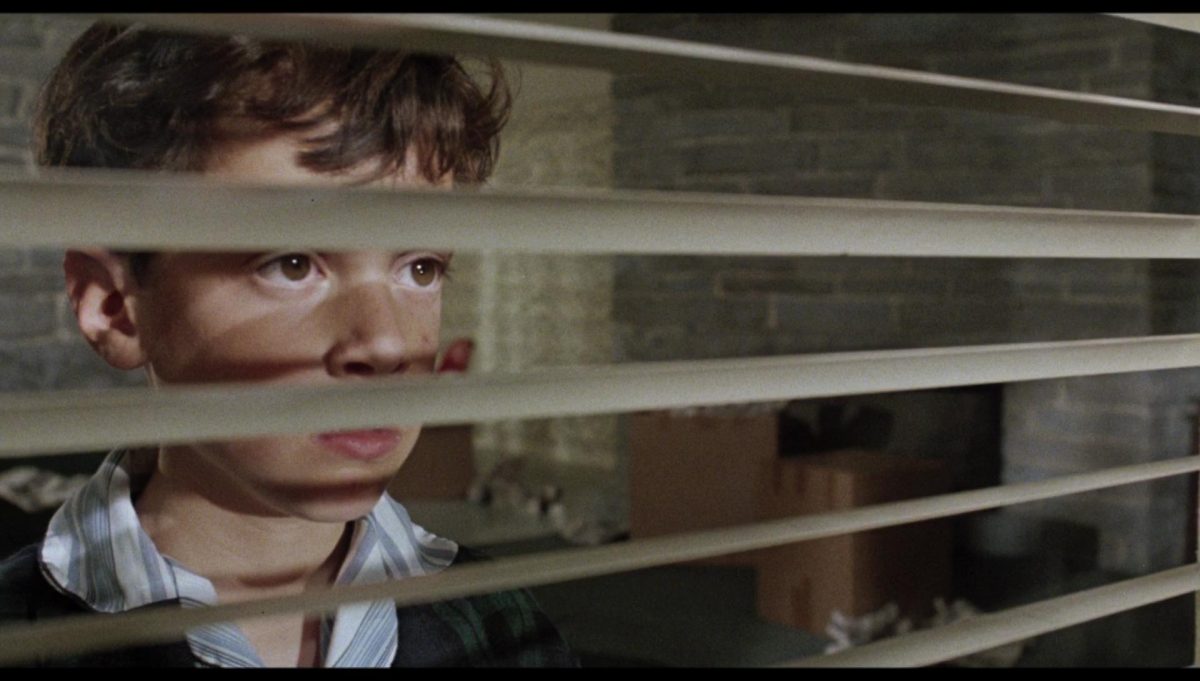