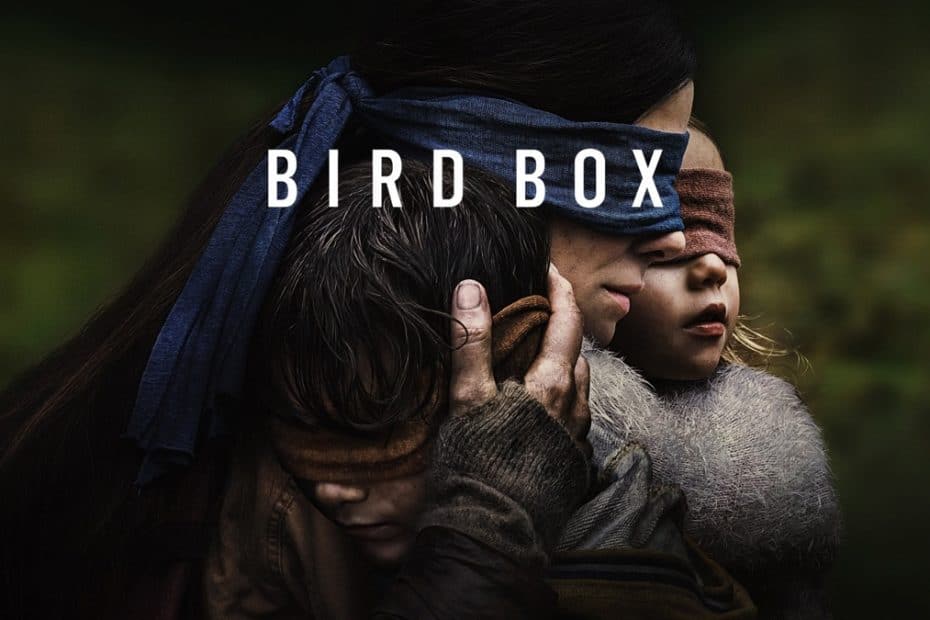 When Bird Box (2018) was released on December 14th, 2018, it gained a lot of attention and quickly became the most watched film on Netflix at the time. The movie, directed by Susanne Bier, follows Malorie Hayes (Sandra Bullock) as she and her two children try to locate a safe haven in a post-apocalyptic world. It features the idea of people becoming aggressive and volatile when they see unknown entities, causing them to harm themselves and sometimes the people around them.

Bird Box was met with an array of mixed reviews. Many people absolutely loved the film while others compared it to A Quiet Place (2018), a horror film released in April that same year. A Quiet Place, directed by John Krasinski, depicts a family who must live in complete silence in order to survive blind creatures with keen hearing that have taken over the world. It involves a daughter, Regan (Millicent Simmonds), who is deaf and shows the various obstacles the family goes through in an attempt to stay alive. The film was generally well respected and went on to be nominated for numerous awards, winning some, when it was released.

Many critiques of the films mentioned that, although both movies are set in a post-apocalyptic world with characters that must learn how to survive without their usual human interactions and tendencies, A Quiet Place provides several details about their creatures while Bird Box offers a limited amount of information.

In the movie Bird Box, the audience has a chance to see the world from Malorie’s point of view. For instance, in the scene where Malorie is trying to make her way back to the kids, we get a glimpse of what she sees, which is essentially nothing because she’s blindfolded. We’re able to understand the confusion and panic that Malorie is experiencing as she hears the entities trying to lure her in. Malorie, and most of the other characters, are unable to stare at the entities or else risk losing their lives. There is a possibility the creators used this as an opportunity to leave the creature’s appearances up for discussion. 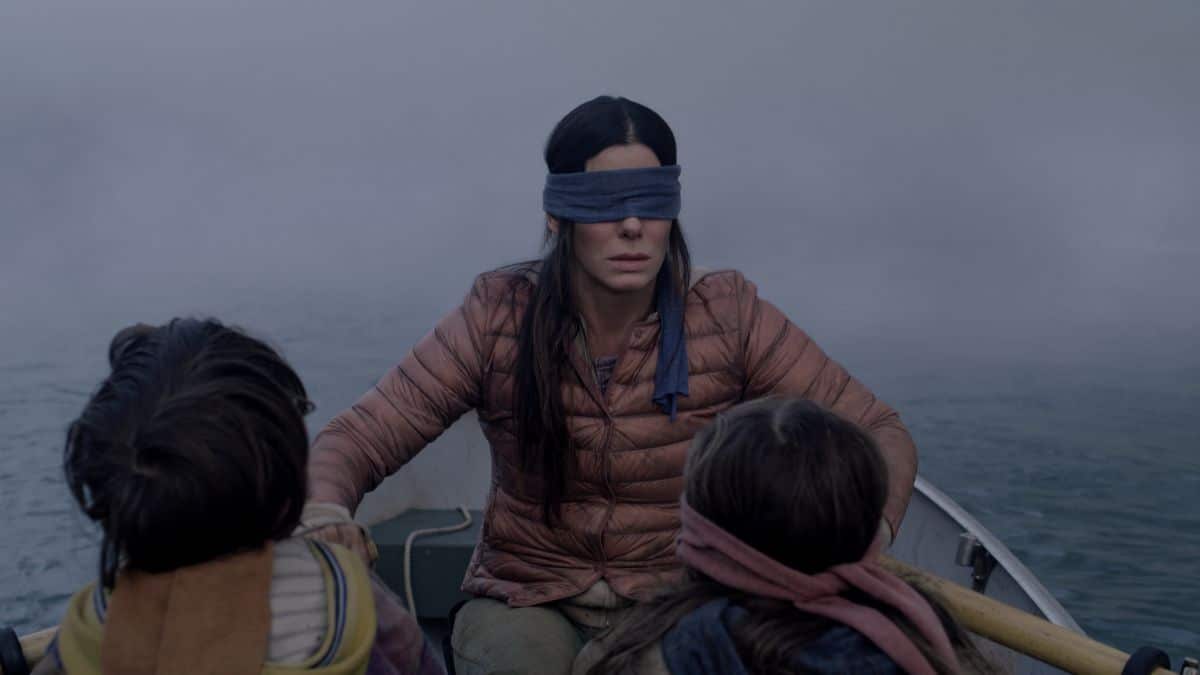 Typically information about an antagonist, such as what they look like, is revealed within the movie, in a sequel, or later in a franchise. While A Quiet Place showed the creatures terrorizing the characters onscreen, Bird Box left the audience wondering what kind of creatures the entities were. Although I thoroughly enjoyed both movies, I believe the creators of Bird Box did an excellent job by keeping the creatures unknown. They managed to keep just enough information from the audience, allowing them to instill fear by forcing the audience to come up with their own interpretations of the entities. This left more than enough room for the audiences’ minds to run wild with features and characteristics that cause them the most anxiety.

I remember when the film was released on Netflix, many people were imagining the entities as their own worst fears. Eric Heisserer, Bird Box screenwriter, later mentioned in an interview that one of the producers wanted to include a scene, in which Malorie sees a creature, but it didn’t work out. When Sandra Bullock performed the scene, she found it more comical than terrifying, describing the original creature as “snake-like” and a “long, fat baby”.

Susanne Bier later mentioned that everyone’s deepest fears differ from each other, so creating one specific entity for the characters to fear would be meaningless. I absolutely support this idea and I love how they kept the creature’s appearances unknown. It brought more meaning to the film and certainly raised some uncomfortable conversations about people’s deepest fears.

The author of the books, Josh Malerman, released Malorie, the sequel to Bird Box, in July of 2020. It has been confirmed that there will be a second movie titled Malorie as well, but the release date of the film is currently unknown. 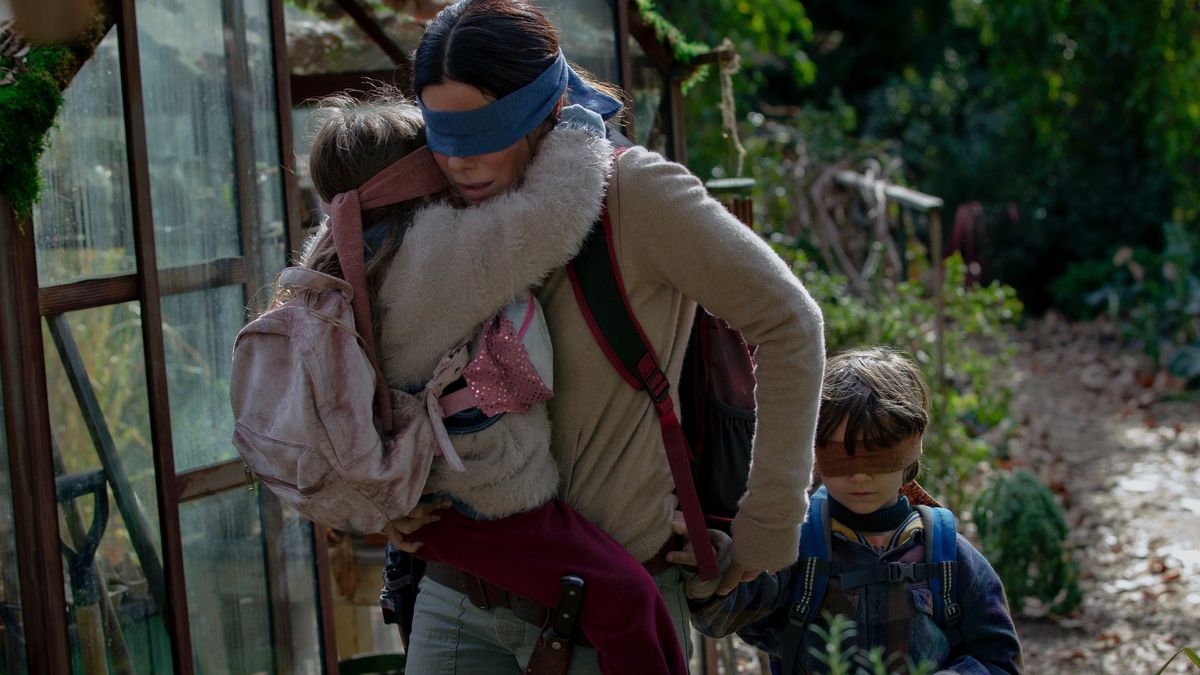