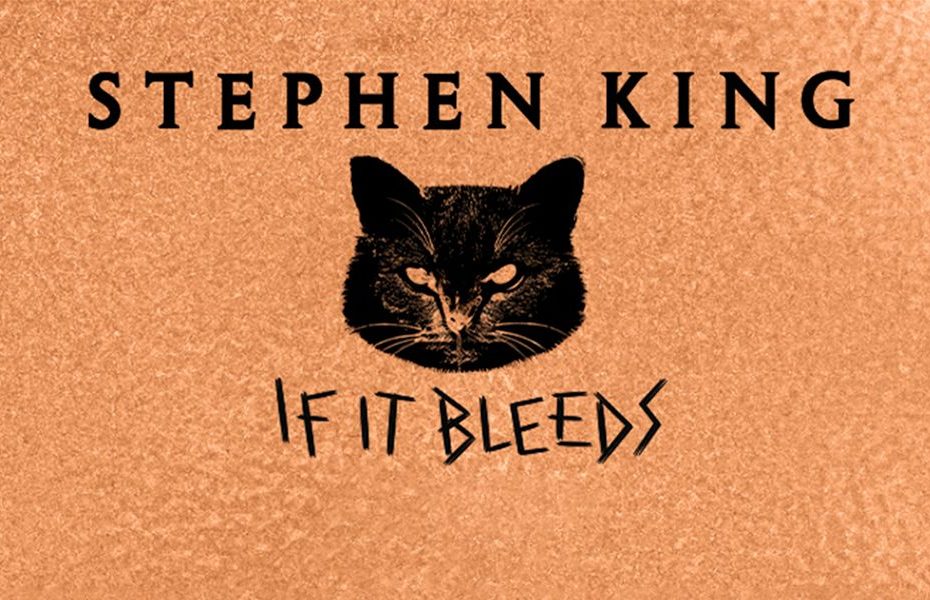 An Anthology From The Maverick of Horror, Stephen King

If it Bleeds Is a horror anthology from the maverick of horror Stephen King. The anthology was released to the public in April 2020. So, this release marks King’s 75th book to see publication and the 11th of his collection of written nightmares.

Like a few others in his collection, this anthology is enough to rattle the bones. However, these aren’t your dainty morsels; each story is more like a full course meal. As Stephen King has done many times before, he manages to hypnotize his audience with his mesmerizing turn of a word. Yes, King has done it again, captivating his readers with four lengthy but compelling works of fiction bound in one book.

A Closer Look at Stephen King

King has a long history of terrifying fans, and his collection is extensive. His pen undoubtedly is mightier than the sword. And at times, his works take on a life of their own. This is not a slight bit unexpected for a creative whose genius has been on display since 1965.

1965 marks the publishing of King’s first horror rendering, “I was a Teenage Graver Robber.” As of 2020, the bloody ink continues to flow! King never stops creating. And to his credit, he has over 63 published works, 11 collections, and 19 screenplays. So, like an unstoppable force, he adds one more masterpiece to his portfolio.

Each story within the collection bears no connection to the other. Therefore each tale must be looked at as an individual work of art. Basically, this book contains four standalone works of fiction, each beautifully written with something interesting to ponder post closure.

Delving into the Depths

The first tale takes us beyond the grave. A young man loses his mentor but never loses respect for the relationship that has been severed. So as morbid as it may seem, he puts in a call every now and then, mainly to let out some pent-up frustrations. And on the other hand, for much more sinister motives. Who or what answers the call remains a mystery? However, the young boy who matures into a man still carrying an unearthly attachment is pretty sure he’s got it all worked out! In the process, he learns a crucial lesson.  Some tetherings shouldn’t be nursed. 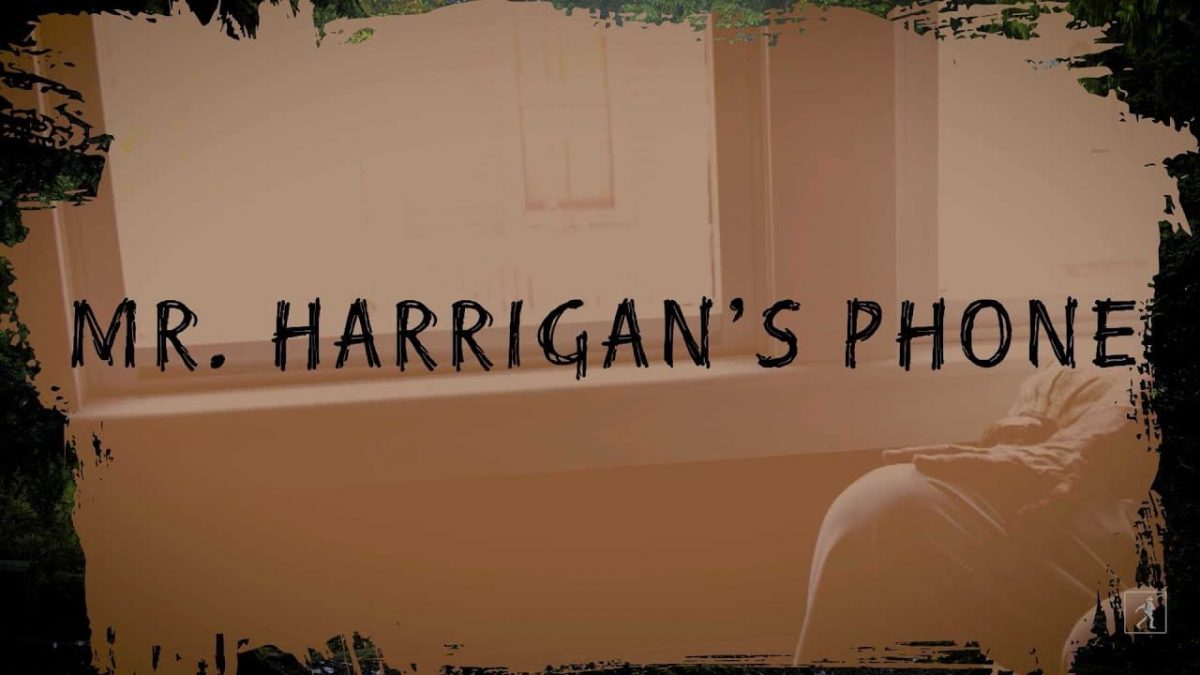 “The Life of Chuck”

The second story is a genuinely creative piece. The introduction of Charles Krantz and his life gives readers a lot to chew on. While not quite as horrifying as some of King’s earlier works, this tale is thought-provoking and amps up the creep factor. The second tale is of a man named Krantz by his sir name, who contains multitudes. However, he’s not fully aware of how realistic those multitudes are! And when his lights go out, well, you can guess what happens. Talk about something to think about. How would it be to realize your entire reality was the musings of someone else. What if your entire existence was nothing more than a fanciful dream! Whoa.

The next Tale brings readers back to the topic of the anthology if it bleeds. And this story is quite the tragic account of loss and its ties to evil incarnate. Word is this particular treat’s a sequel to King’s bestseller, The Outsider.

Is a nasty little tale of a man struggling with a gift who strikes a very bad bargain that has a huge price tag.

Icing on the Cake

What dessert is complete without its final embellishment a light frosting, glaze, or meringue. While not all may be fan’s of the literary works of King there is something in store for those who prefer visual escapism.For those who like a bit of both what is to come is the icing on the cake. As it  has been announced that quite a few of these tales will have small screen adaptations.

“Mr. Harrigan’s Phone” is set to have a future release on Netflix. Ben Stiller has opted to take part in the future production of “Rat.” Reportedly Stiller is not only planning to produce and direct the film but possibly also act in the film. And talks for options to translate “The Life of Chuck” to screen are also underway.

A Bit of Closure

This series of short novellas is not a quick read! It will take a bit of time to digest the entire contents of this spread. Nevertheless, those familiar with King’s work will understand the value of investing time to turn the pages. So, if looking for a bit of pick-me-up to go with your holiday nog or something to cool the hot December embers, check out If It Bleeds. It is well worth the read. 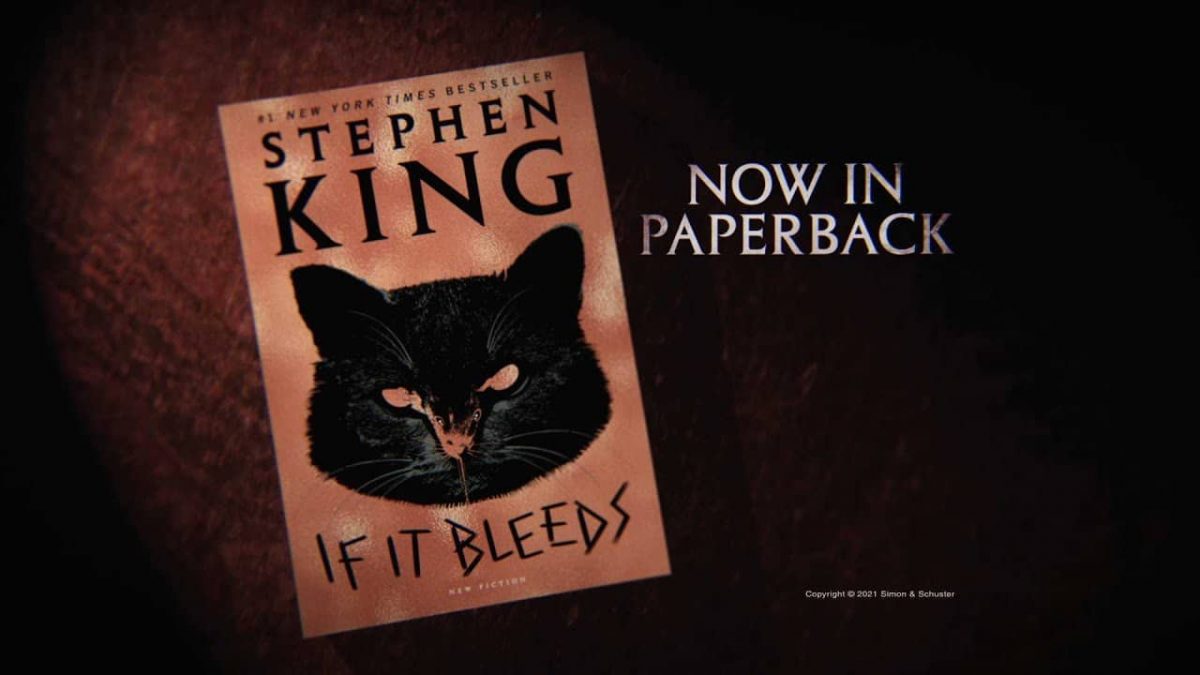