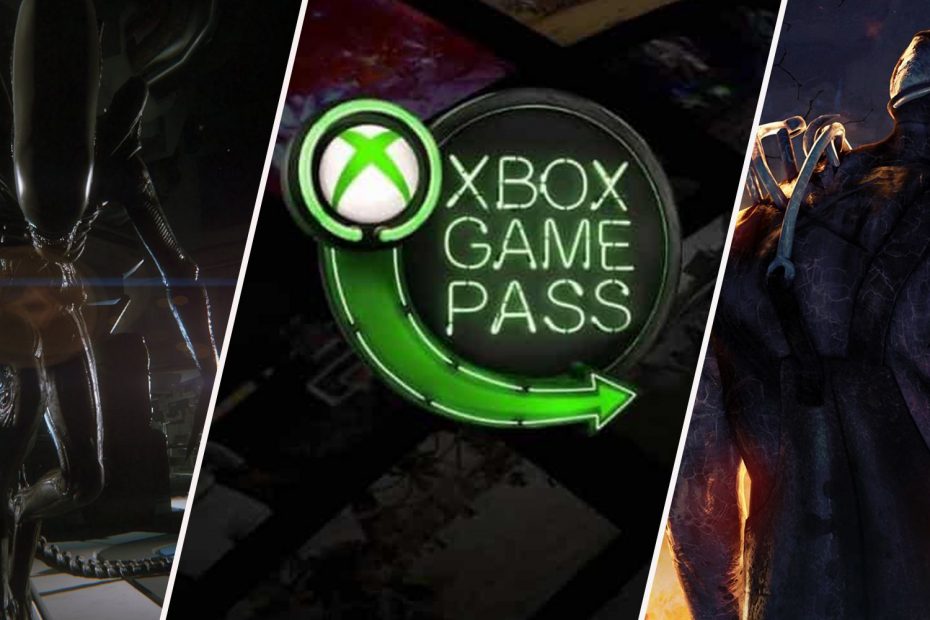 Xbox Game Pass is Microsoft’s take on online streaming services. For about $15 a month you get access to a large library of games ready to download and play at any time. Game Pass includes a lot of great horror games from classics, to underground hits. We are going to break down a comprehensive list of the top ten best horror games to download on Xbox Game Pass.

Starting off the list at number ten is the Indie hit Limbo. Released back in 2010 on Xbox Live Arcade, Limbo became a cult classic for it’s monotone color palette and unforgiving puzzles and platforming. The tone of the game is creepy not only because you play as a faceless child, but also because of the minimalist atmosphere of the game. It gives off a never ending sense of dread. Make one wrong move and the innocent protagonist either gets decapitated or torn limb from limb, or sometimes both. Best be careful around the giant spiders.

At number nine we have the asymmetric multiplayer survival game Dead by Daylight. On one team you have four survivors, each equipped with unique perks and abilities used to evade the killer and complete objectives. As a survivor you must outwit or outrun the deadly killer if you hope to win the game. On the other side of the game you play as the killer, who must prevent the survivors from completing their tasks and winning the match. The best part is that you have access to tons of cool characters from across the horror genre like Freddie Krueger, Micheal Myers, and many more.

The first first-person edition to the Resident Evil series takes the player to a swampy plantation in the deep south. In this haunted mansion lives a family of mutated cannibals, who are harder to kill than you’d think. Solve puzzles and narrowly escape the clutches of the Baker family to find your missing wife and escape.

At number seven we have Back 4 Blood, the spiritual successor to Left 4 Dead. Pick from a variety of survivors with different traits, as well as an ample supply of fire power, and shoot your way through hordes of zombie-like ghouls called “The Ridden”. Back 4 Blood modernizes the classic Left 4 Dead formula, so if you’re feeling nostalgic give it a shot.

State of Decay 2 is another zombie fighting simulator centered around base building and community management. You take control of three survivors spawned into an infected wasteland, and your goal is to recruit more people and destroy the zombie hordes in your area. The best part is the game’s co-op mechanics. You can join your friends’ worlds and help them fight zombies and find loot. 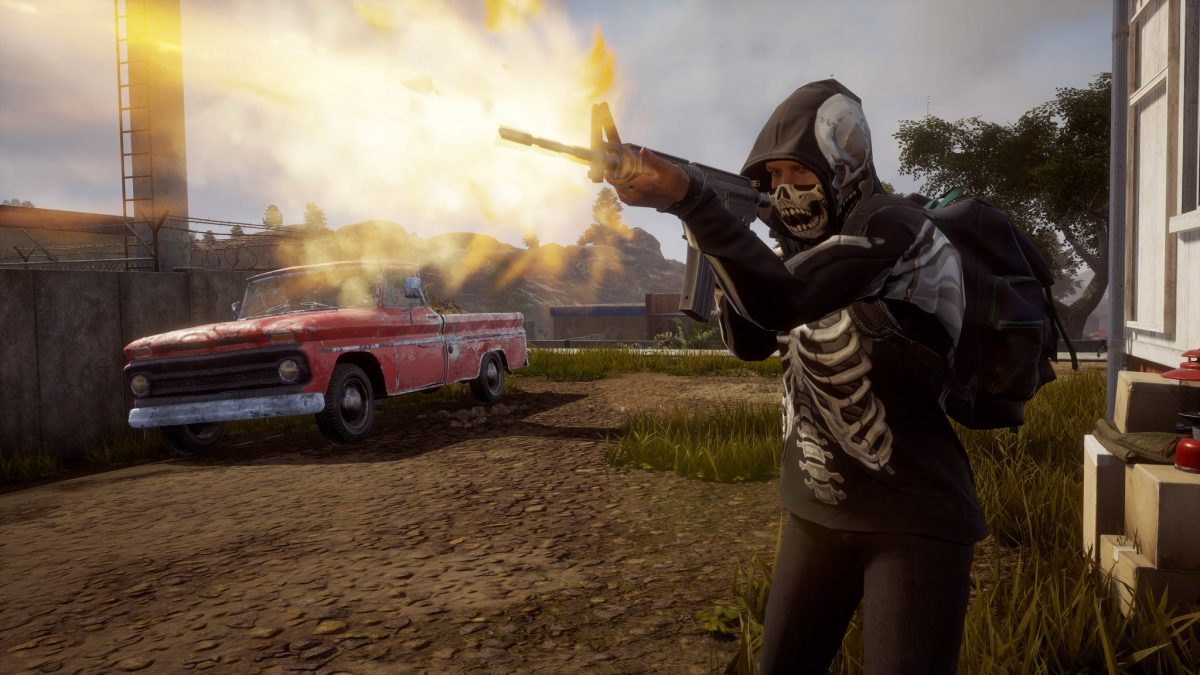 Prey is a spiritual successor to System Shock, utilizing many of the core roleplaying systems of similar games while remaining fresh and original at the same time. Prey takes place on a space station where an alien entity has taken over. These aliens can morph into any object in the game, so you have to be careful to use stealth and the environment to your advantage. Highly recommended for fans of Bioshock, System Shock, and Deus Ex.

One of the truly horrific video games I’ve played, Outlast, takes the horror genre to the next level. Having to investigate an abandoned asylum armed with nothing but a night vision camera, you must run and hide to avoid getting chopped up by the mostly naked inhabitants of Mount Massive Asylum. You play as a journalist, who lacks the ability to fight, so you must do everything to avoid the killers, while uncovering the mysteries of the haunted hospital.

Another truly scary game, Visage replicates the feel of Hideo Kojima’s P.T. While you explore a seemingly normal house, you must do your best to avoid the darkness in order to preserve your sanity. Without giving too much away, you have to trek through the house and solve puzzles while avoiding any paranormal creepers. This is one of the only games I have to play with the lights on.

A must play for fans of the Alien franchise. In Alien: Isolation you play Ellen Ripley’s daughter Amanda, years after the end of the first Alien film. While searching for her missing mom, Amanda finds herself on a derelict space station with multiple Xenomorphs running rampant. Use stealth and a flamethrower to survive the alien onslaught and escape the station. The atmosphere is straight out of the movies, so fans of Alien and survival horror games must play this.

A true classic in the survival horror genre, Dead Space 2 sets the bar for what a good survival game must be. Trapped on another space station during a Necroporph outbreak, protagonist Isaac Clarke has to utilize limited resources to fight off the alien zombies and get off the station. The enemies in this game pop out of the walls, floor, and everything in between to catch you off guard.  There are awesome boss battles and set pieces that keep you coming back for more. Dead Space 2 is a must play game for anyone who enjoys gaming. 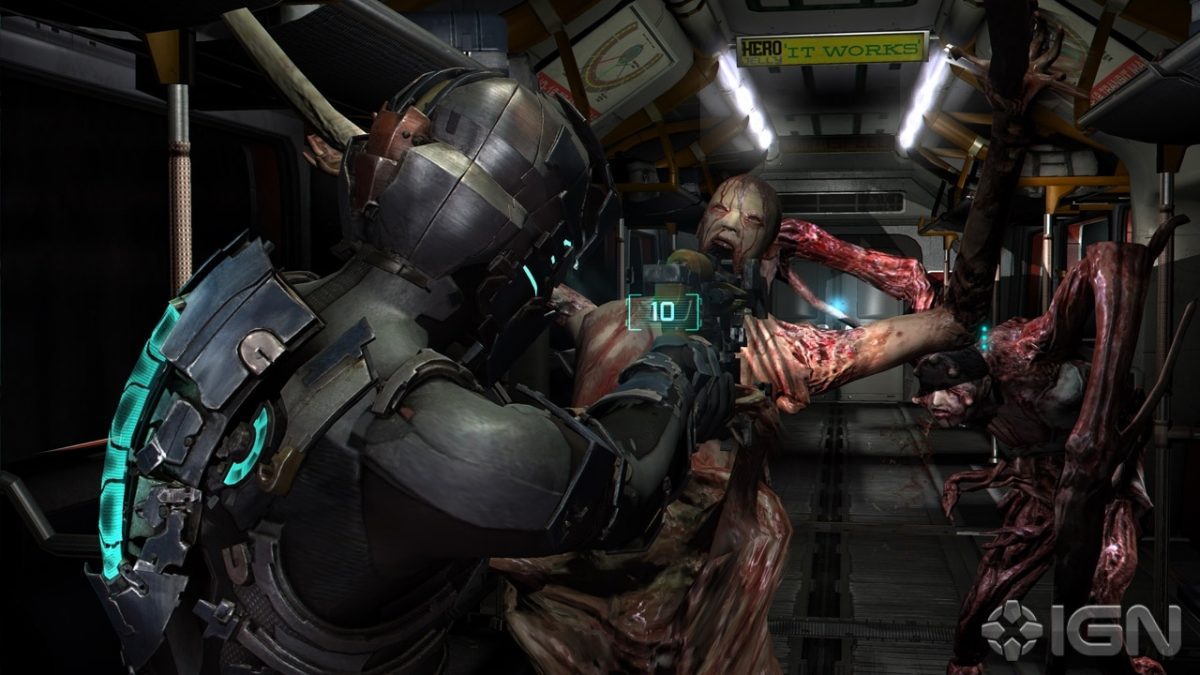