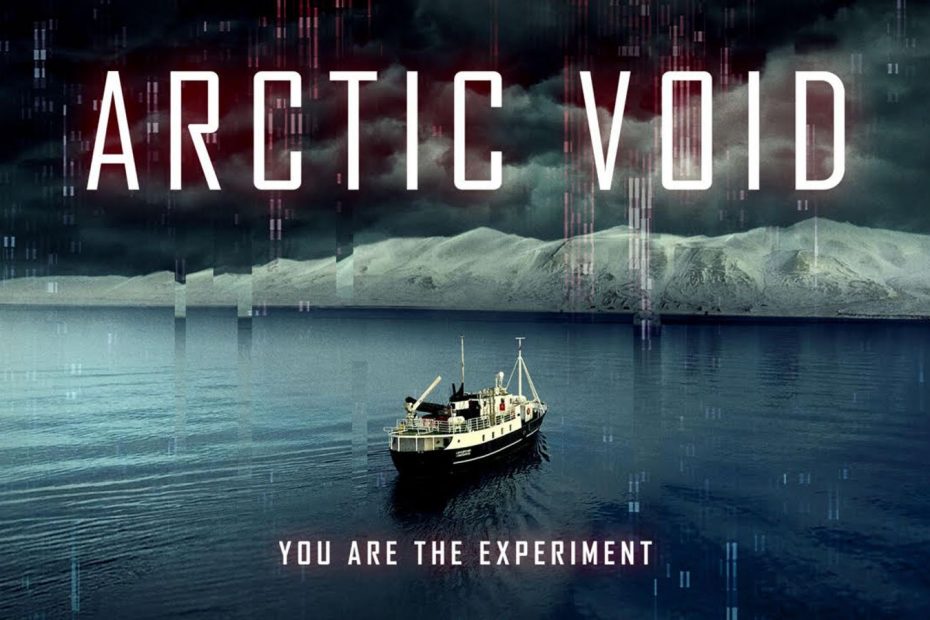 How Did We End Up in The Arctic Void?

In Arctic Void, a camera crew composed of Sean Tibbets, Alan Meursault, and Ray Marsh embark on a journey through the Arctic on a local tourist vessel to film their hit nature television show. What seems to be an exciting adventure quickly takes a turn for the worse when the camera crew finds themselves alone on a boat that moments before had twenty other passengers on it. Strange things occur shortly before the passengers disappear, leaving the crew puzzled about what truly is going on. As the production heads walk along the ship deck, they find the belongings of the recently vanished passengers but no sign of the passengers themselves. So where did they go and why are the crew members the only ones left?

After this realization, they quickly go into survival mode when they see a town off in the distance. Upon their arrival, they discover a village and, to their dismay, the land appears to no longer be inhabited. As they navigate throughout this ghost town, the crew’s physical and emotional strength deteriorates. They slowly begin realizing that they are not the only living things facing a slow death. The truth of their quandary is uncovered after they take a closer look at one of the lost passenger’s camera footage. What they find makes them question their trust in the world around them.

This film tells a gripping story built upon survival, brotherhood, and a believable dystopian future. The Arctic Void encourages the audience to think outside of conventional film guidelines. Many horror movies keep the audience in the loop with what is happening. Instead, this film allows the audience to know as much as these main characters know. This lets the audience feel more bonded to them, almost as if the viewers were experiencing these horrors alongside the main characters. Scriptwriter Michael Weaver created a perfectly paced film that leaves the audience craving more. Though there are a few unanswered questions at the end, it allows the audience to fill in the gaps and demonstrates how film must show the story rather than tell it to its viewers.

If that doesn’t sound enticing enough, award-winning Darren Mann directed this film with great attention to detail. His creative vision strongly resembles the Black Mirror anthology. Set in the snow white icy waters of the Arctic, the cinematography excels in translating the real-life beauty of this harsh terrain to the big screen. They make great use of special effects to create the infected animals seen on screen and without it, the film would be less gripping to watch. The inclusion of these special effects is quite impressive for a lower budget film but very successful at keeping the audience at the edge of their seat, anticipating what will happen every step of the way. 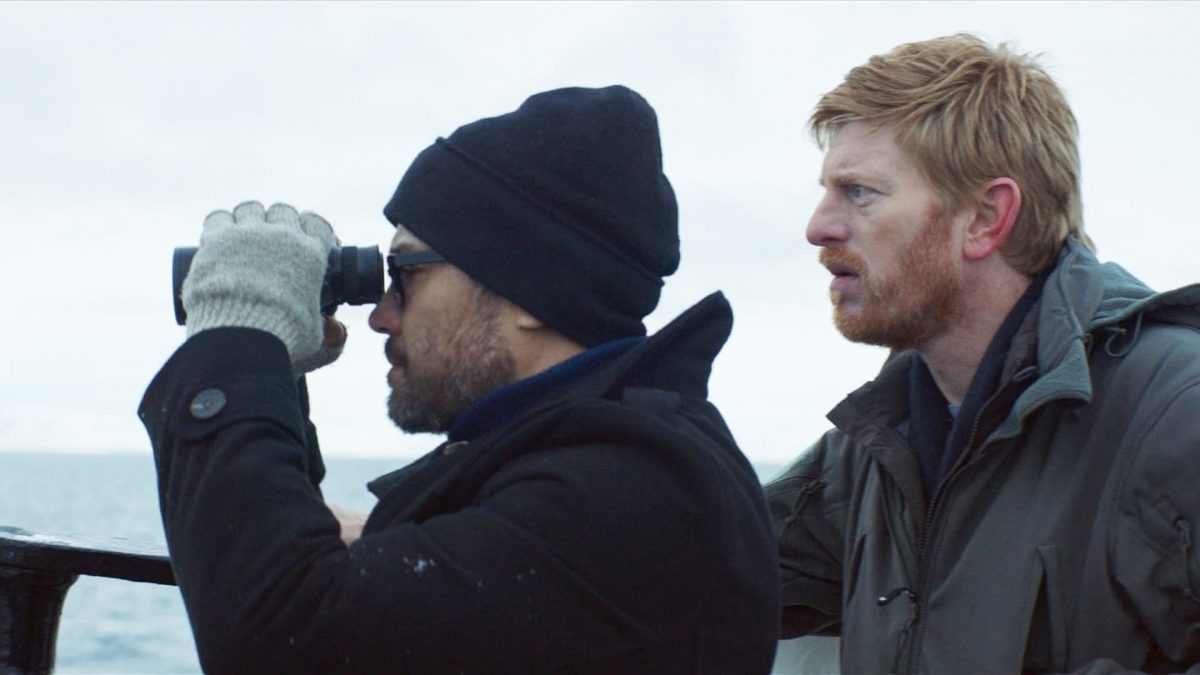 So what about the casting? Though the cast may not be the most renowned actors, they still embodied each role they played. One of the first characters introduced in the film is Alan Meursault, played by Tim Griffin. Does the name sound familiar? Well, some may be familiar with him from his roles in Grey’s Anatomy (2005), Prime Suspect (2011), Wayward Pines (2015), and Covert Affairs (2010). In this film, Meursault is a worrywart, constantly stressing over deadlines and what the future has in store for him. His dedication to work has prevented him from having the strong relationship with his family that he so deeply craves. Due to his constant stress, he can never seem to let go and allow himself to accept the unknown until that is his only choice.

His best friend, fellow crew member Ray Marsh, is played by actor Michael Weaver. He has starred in movies like Super Trooper (2011), Club Dread (2004), and Oujia; Origin of Evil (2016). Aside from acting, Weaver dabbles in directing and writing. In Arctic Void, his character is a very easy-going crew member who seems to hide his dark past with humor. The personalities of Meursault and Marsh seem like complete opposites and the polarity between the two brings out their best sides. Marsh conveys a mentality that bluntly states that there is always a simple solution to a seemingly complicated problem, which comes in handy when Meursault begins feeling like the world is crumbling around them.

This brings us to Sean Tibbets played by Justin Huen, best known for his role in Angel of Death (2009). Tibbets is hired by the studio to fill in as the cameraman for their nature show since their typical cameraman was unable to obtain a visa. His relationship with the other two crew members is shaky and a bit non-existent. Tibbets is distant towards everyone throughout the movie. He grew up as a military brat which meant he was constantly moving and had no choice but to lead an isolated life. Though he stays distant, he is knowledgeable in how to survive the harsh environment they find themselves stuck within. Even though the film mainly revolves around only three characters, the cruel environment adds to the cast. For this reason it is easy to overlook the fact that there are few actors.

Overall, this film successfully created an immersive environment that the audience could easily get lost in. It is also great at keeping the viewers guessing by going against horror film norms. If you enjoy films that have beautiful cinematography, stellar directing, and do not mind a moderately paced film that resembles a sort of Black Mirror then I would recommend giving Arctic Void a shot. 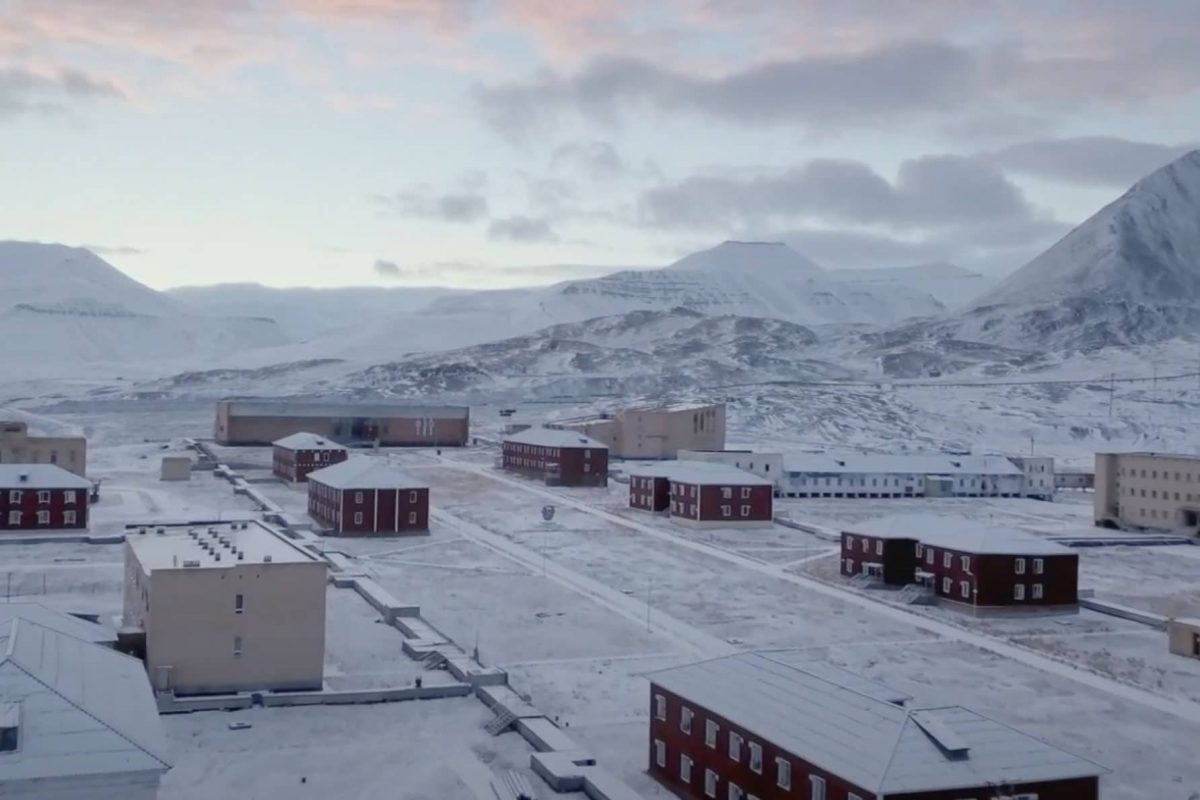