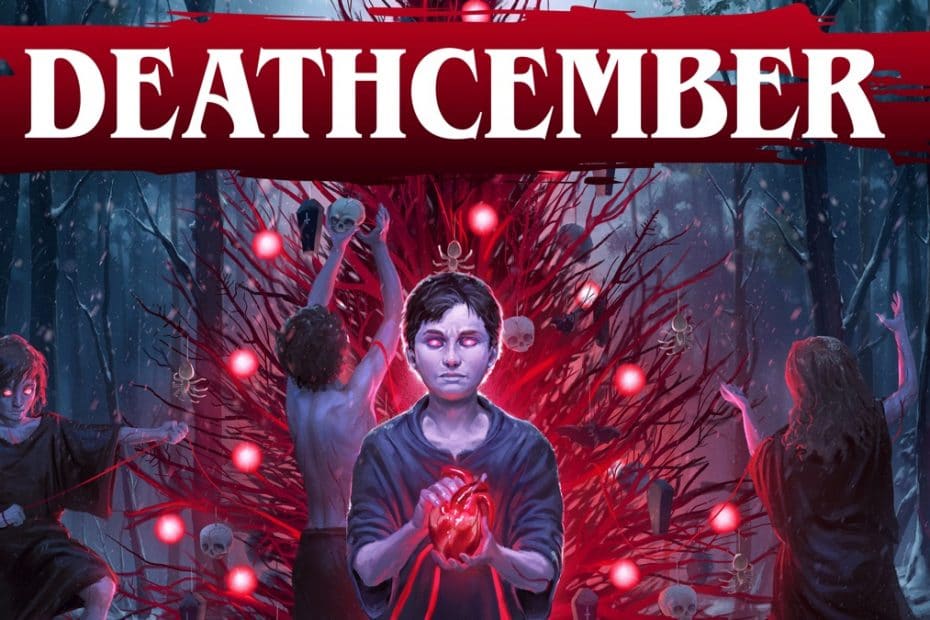 The holiday season is through, yet a decent holiday flick never gets old, especially a frightener. Without a doubt, my excitement for Deathcember was uncontainable.

The kickoff to Deathcember was fantastical. The camera panned across an arctic wonderland. The score was eerie. I immediately thought of Edward Scissorhands (1990). However, I perceived it would be nothing like the Burton treat.

Deathcember currently streams on the AMC+ platform and runs for two hours and 25 minutes, making it a lengthy feature. So, you feel every minute but not in a good way. This film is more of an anthology than a full-length feature. The content comprises 24 brief tales, most of which occur during the holiday season. However, there is not much that’s festive about these shorts. As a plus, each story is told from various perspectives, displaying the talent of many directors, so not all the shorts are unbearable.

The Shorts in Short

Each short seems to have roots in various countries, making the subjects massively diverse. The tales cover everything from murderous Santas to the “Hunchback of Notre Dame.” The material is plentiful and goes on for what appears to be an infinity. I checked my watch several times to see if it was over yet.

I will cover a few of the essential pieces. The first is of a young boy who crosses paths with a mysterious stranger. Unbeknownst to him, the stranger places him under an apparent curse. The resultant factor is a reality the boy will never rouse from. Sometimes we digest delightful morsels. Other times we turn into them!

The second story centers on an incensed consumer shopping for Christmas. The experience ends in an all-out bloody brawl. Let’s just say things end horribly for the clerk and customer who takes her request to the grave. The third is more complex, with origins in Korea. The focus is on travel to an outer planetary location not as promising as it seems. Fourth is the story of a crime syndicate of Santas enlisted as fall guys for a heist. This tale is ridiculous! In the finale, the Santas and victims lie on the ground singing “Silent Night” as they drift gently into that good night. The fifth is of a family suffering the consistent flatlining of a child, only this child passes in and out of death his entire life. A children’s choir is brought inside the room to serenade the child, keeping him alive. However, no one can ever leave the bedside. This goes on non-stop throughout the child’s entire life until the flailing deaths of the children’s choir and most family members.

The stories get no better. It feels you are continuously tumbling down the rabbit hole to Wonderland. However, there is no landing and the next set of tales is even curiouser.

In story six, a gentleman visits a bordello and gets more than he bargained for. A mysterious coven of women drains him of his blood. Story seven is a black and white, a silent piece in the vein of the Hunchback of Notre Dame. A man deemed a monster because of his disfigurement is sentenced to a crime he didn’t commit. To the stocks, he goes until he receives a special Christmas pardon. Then, he is lauded and worshiped in an eerie twist of fate but by the end, a burst of fire engulfs the hunchback, leaving the viewers wondering is it a dream? The eighth tale is about self-sacrifice to a monstrous metamorphosis to become one with a preferred family. The ninth is a tale of a weak boy and his father’s attempt to steer him into manhood. What they observe in the woods is terrifying and life-altering! The tenth is about a dysfunctional holiday gathering. A family with a multitude of problems gathers to talk about inheritance. However, one of them is madder than the rest, and she has a massive surprise for her entire family.

The cinematography is hit or miss. Some tales are shot beautifully; others appear cut on a home camera. The acting is rather atrocious across the board. There is some horror, but for most stories the plot is so condensed it is hard to gather anything.

Deathcember is a long film but it might be worth watching if you have nothing else to do. On the other hand, perhaps it is better suited to play in the background for a general observance. This film is not top-tier entertainment but people like what they like. 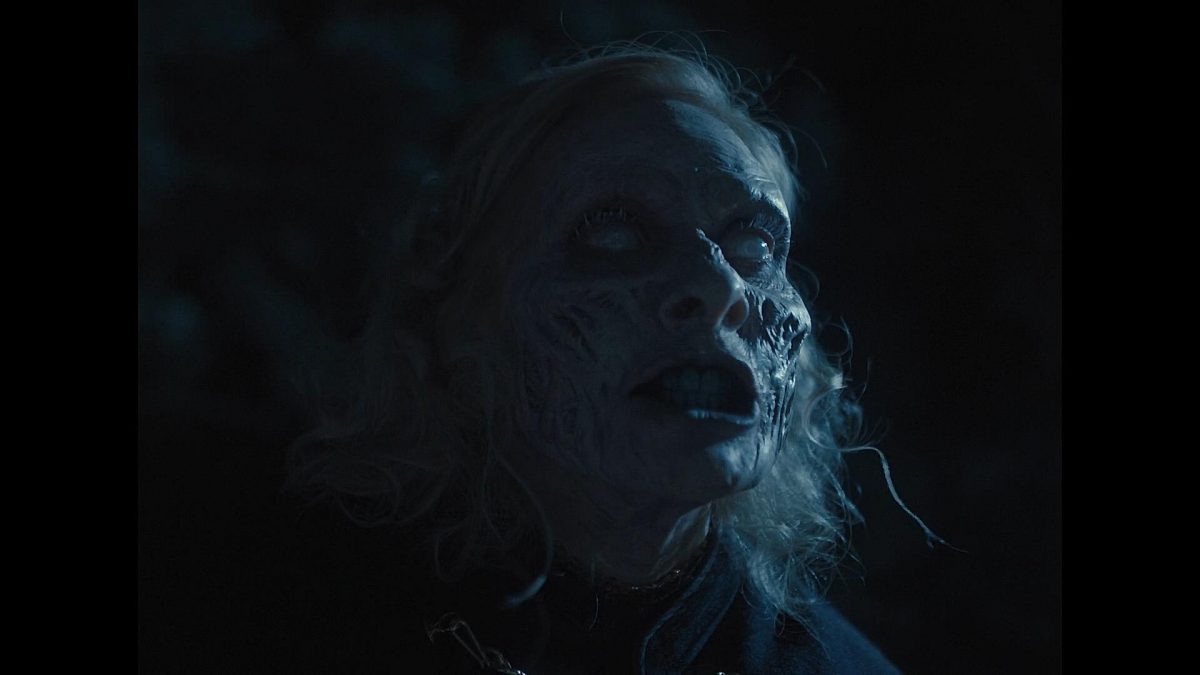