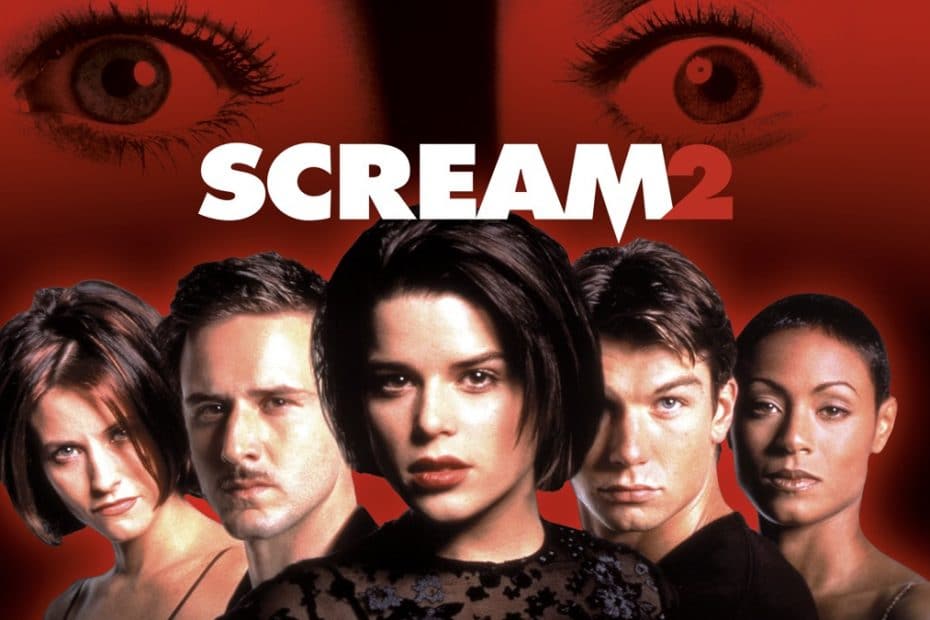 In preparation for the new installment coming up, I rewatched the Scream franchise. The original is my favorite and the one I have seen the most so I was excited to revisit the sequels. Scream 2 came out only a year after the original; a very quick turnaround.

Each movie in this franchise has much to love, but I forgot just how good this sequel is and how much I enjoyed it as a follow up to the first. The premise is very similar to the original: A group of young people are targeted by the Ghostface killer, but Sidney is in college now. She must face Ghostface while dealing with her reputation and her story being public in her college life. This of course means we get to see Courtney Cox as Gale Weathers, Neve Campbell as Sidney, David Arquette as Dewey, and Jamie Kennedy as Randy again.

Scream 2 does what the original does but differentiates itself enough without straying completely. The meta Scream touch and charm that it carries on is so much fun and helps further establish the tone. For example, how Randy talks about the world of sequels and the movie inside a movie plotline.

Also, I forgot about the fun Friends references. Scream 2 came out in 1997, during peak Friends popularity, which was so important in pop culture at the time and still is. This movie is very funny as well. I laughed out loud quite a few times from many one liners and events which is a testament to the great writing and excellent delivery the cast provides.

Scream 2 doesn’t feel dated, except for maybe the fashion and technology. What is so great about the Scream franchise is how timeless the movies and characters’ stories are. This is a franchise that has stood the test of time for 25 years with a cohesive story and enjoyable films. 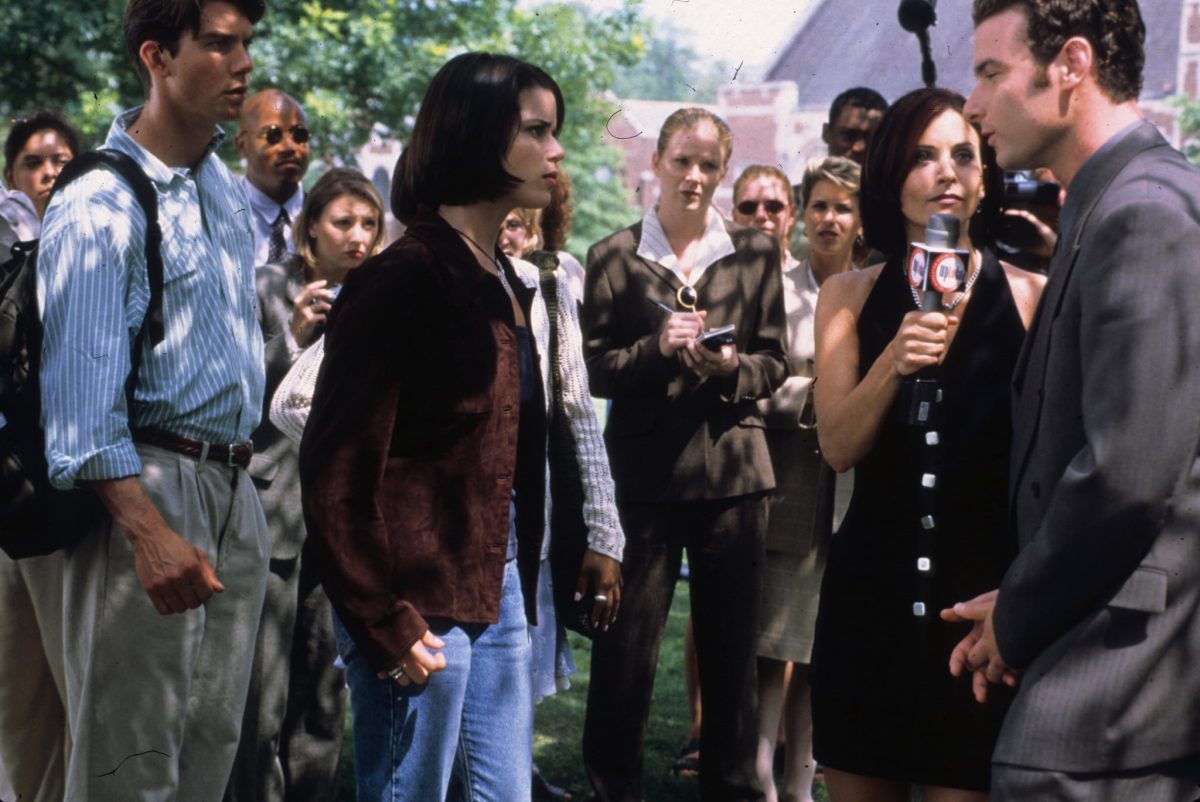 This time around, seeing who is  under the Ghostface mask wreaking havoc is very rewarding. It is most certainly a whodunit like the original, with that classic “who’s under the mask?” mystery element along with many red herrings and tension building. The movie does a great job at keeping you engaged and guessing.

Of course, subtle hints are dropped that eagle eyed viewers will catch or repeat viewings will provide. The killer’s motive actually makes a lot of sense from their standpoint and the reveal is very creative. It definitely is a reveal that serves rewatches very well. The ending Ghostface de-masking sequence is done very well and has some very strong acting.

The Ghostface chase and big action scenes are very well done. Once again, they take what worked in the original and follow it up with grand set pieces and the action. When Ghostface is calling, stalking, and chasing victims, you feel anxious and root for them to hopefully get away.

The acting is great. The legacy cast play their roles so well and it is apparent they knew much more about their characters this time around from doing the original.

The score and soundtrack are great. Marco Beltrami’s score adds so much to these films. The music feels uniquely Scream and compliments the scenes, adding to the tone of both the film and the franchise.

This is a sequel that any Scream or horror fan should revisit, especially if you have not seen it in a while and want a refresher before Scream 5 comes out January 14th! Scream 2 is available to stream on Amazon Prime, Peacock, AMC, and Vudu. 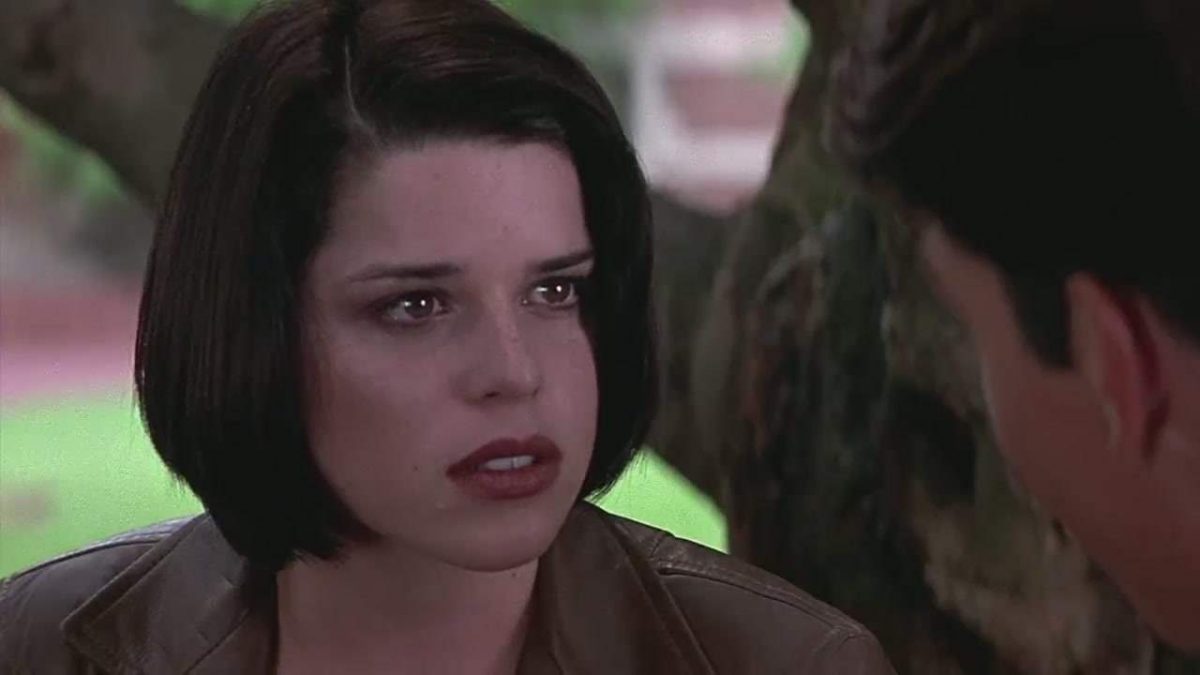