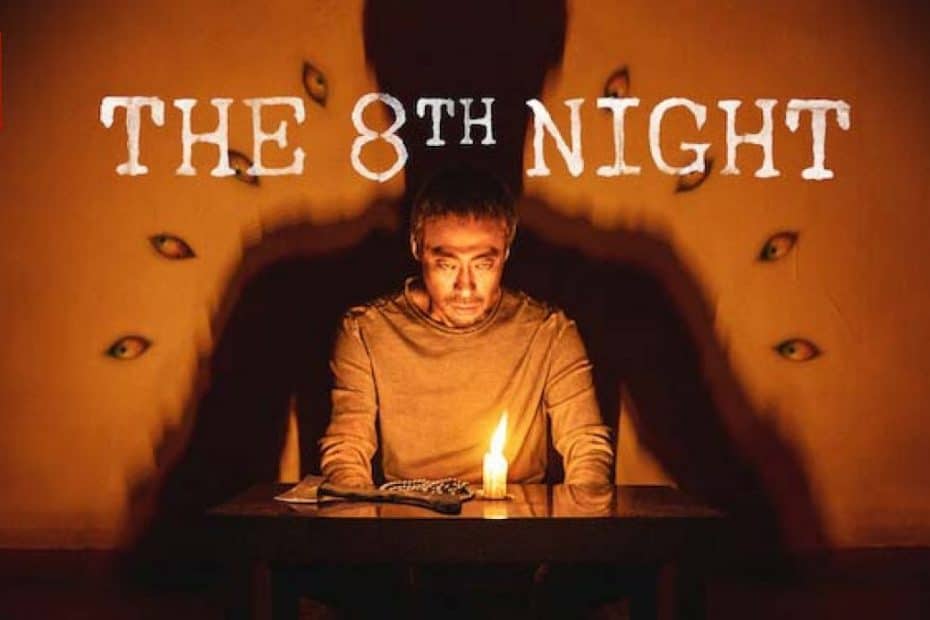 The 8th Night is a South Korean film designated in the genre of a mystery thriller. I admire an excellent Korean horror film. There are certainly some fantastic undertones in this film. However, 8th Night is not utterly terrifying; instead, hints of horror underline this Kim Tae-hyoung offering.

The 8th Night opens with legend or lore. A storyteller introduces a story of antiquity highlighted by ancient symbols resembling hieroglyphics. This story brings viewers to the film’s aim.

The Legend Behind The 8th Night

The legend is of a demon practically inexorable. Only one can deter the beast. A deity has to act on humanity’s behalf! To preserve the world, the deity takes the monster’s eyes, locks them away, and sends them to opposite ends of the Earth. However, an archeologist named professor Kim Joon-Cheol, in pursuit of the confirmation of a theorem (his holy grail), explores the expanse of the desert and discovers the chalice. However, Joon-Cheol’s discovery is discredited, and the relic is presumed a falsification, and thus, he sinks to absolute ruin.

Does that break him? Of course not! Joon-Cheol takes it upon himself to go to extreme lengths to validate his findings!

Where Does The Senselessness End?

So many concerns here! Why turn to the most ominous option to verify a theory? Must the entire world suffer for one’s plunge from public grace? This feature is dead-on, focusing on the selfishness that underlies humanity’s destruction. This is a prevalent issue across the globe.

The plot of 8th Night is not convoluted. The conflict is explicitly man vs. the supernatural. The narrative which drives the film is familiar to another myth, the legend of Pandora’s Box, an ancient jar gifted to Pandora. The jar contained some dreadful things, and Pandora was cautioned against opening the box as the miseries could not be replanted once the evil was released. Nevertheless, the temptation proves too strong for Pandora, and she opens the jar. As it is printed, “Horrible things flew out of the box, including greed, envy, hatred, pain, disease, hunger, poverty, war, and death.” Pandora unwittingly released all of the miseries of life from the jar.

I hung my head in sheer disbelief!

In the film 8th Night, a savage demon is hellbent on unleashing havoc if reunited with its eyes. Although the eyes are locked away and hidden to prohibit the unimaginable, this is still no contest for the unassailable human spirit and sheer ignorance. As always, it is humanity’s lust that jeopardizes everything. Some things are tucked away on purpose and should remain that way, which is a vital takeaway from this film.

The narrative flies wonderfully in 8th Night. The runtime is about an hour and 45 minutes. Even though it is not a significant commitment to watch this feature, it will require your attention as it is subtitled in English from the original Korean. The effects aren’t over the top, with much of the more frightening scenes consisting of manipulating lightning, pronounced body movements, and uncanny sounds of torso distortion. 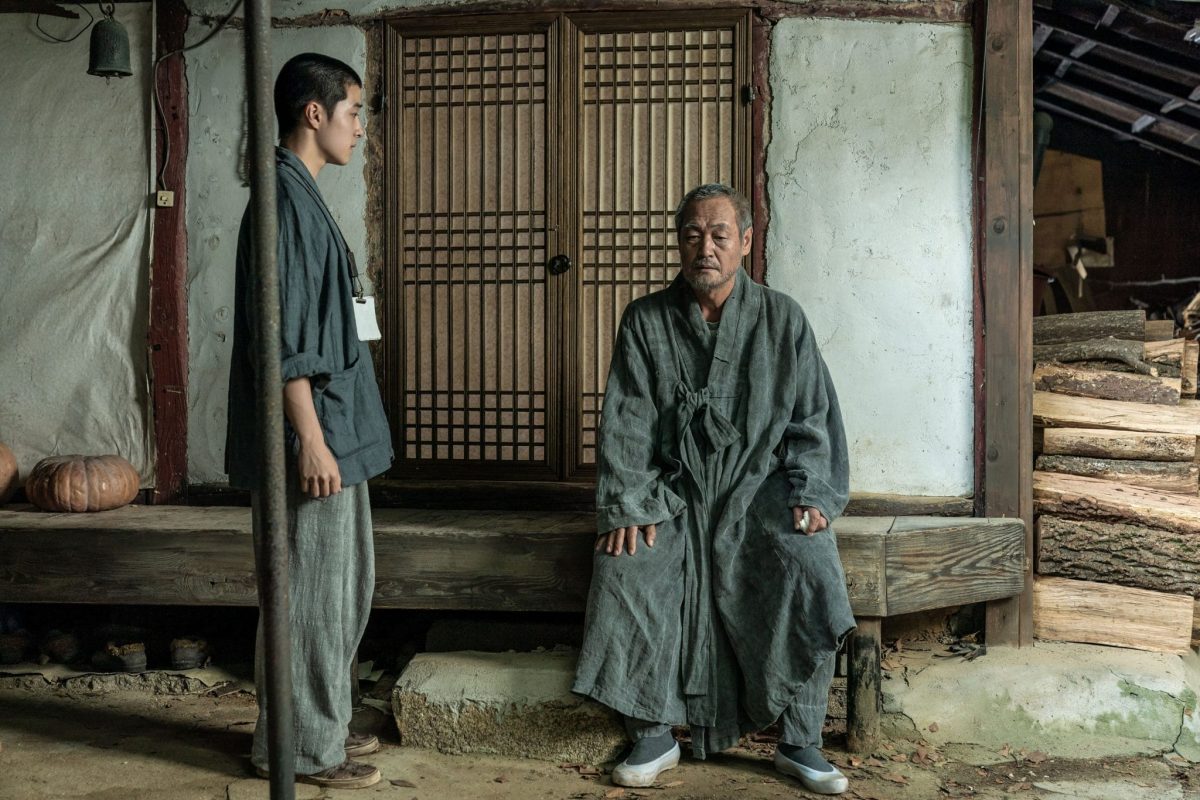 Road to the Climax

The film covers the events over eight days, the final being judgment day. The initial three days take place within mere minutes. To accomplish its goal, the demon must cross eight stepping stones, humans it must possess until it can locate its other half and release hell upon the Earth. Park Jinsoo, a monk, is tasked with blocking the fulfillment of the prophecy. He must clear away the final steppingstone, a virgin Shaman, which would mean bloodshed. So, the race is on!

This feature is neither remarkable nor horrible; it is simply average. What stands out are not the horror elements but the message in the story. The ending is so beautifully crafted it makes the entire film worth it. Our hero states,

“We wouldn’t know light if not for darkness. But even the most trivial moments in our predetermined fate are meaningful as pieces of the whole.”

The writer had carefully designed this tale to reach the depths of its watcher; these last words are delivered,

“Senohwa Now that you’ve found that meaning, it’s time to wake up from your dark dream!”’

Jisoon, the protector, is known as monk Senowha! When all is over and the task completed, Jisoon nailed against a tree recalls all he has learned. Jisoon’s course was to save the world and come to terms with events in his life.

A sufferer of tragedy, Jisoon left the monastery many years ago before the time of prophetic fulfillment. Nevertheless, his task was never withdrawn from him so it was he who had to save humanity. However, the end became his trial by fire.

Upon facing the demon, it provided him a path that would ultimately destroy the world but satisfy his thirst for revenge. In the final moments, Jisoon chose the salvation of all.

Everything he had endured and everything he was tasked to do was predetermined. Although he did not know it at the time, every choice presented to him, no matter how insignificant, was essential to the salvation of humanity. Yet, he did not realize that until his task was complete and he stood dying on a tree. Although his descent into death had begun, he was finally awakening from the darkness that had plagued him for so long.

I believe this final scene was the author’s reach to his audience. Jisoon’s last words are meant to send deep reverberations. So many are like Senohwa and struggle for meaning; we walk in shadow. As Jisoon says in closing, “It is the darkness that reveals the path of light.” And everything we do matters despite how insignificant it seems. I say that message is one of the most profound messages to be delivered in a mystery/horror in a long time.

This film is worth every second, if merely for the last 5 minutes. If given the time, it’s worth consideration. The 8th Night is now streaming behemoth Netflix. 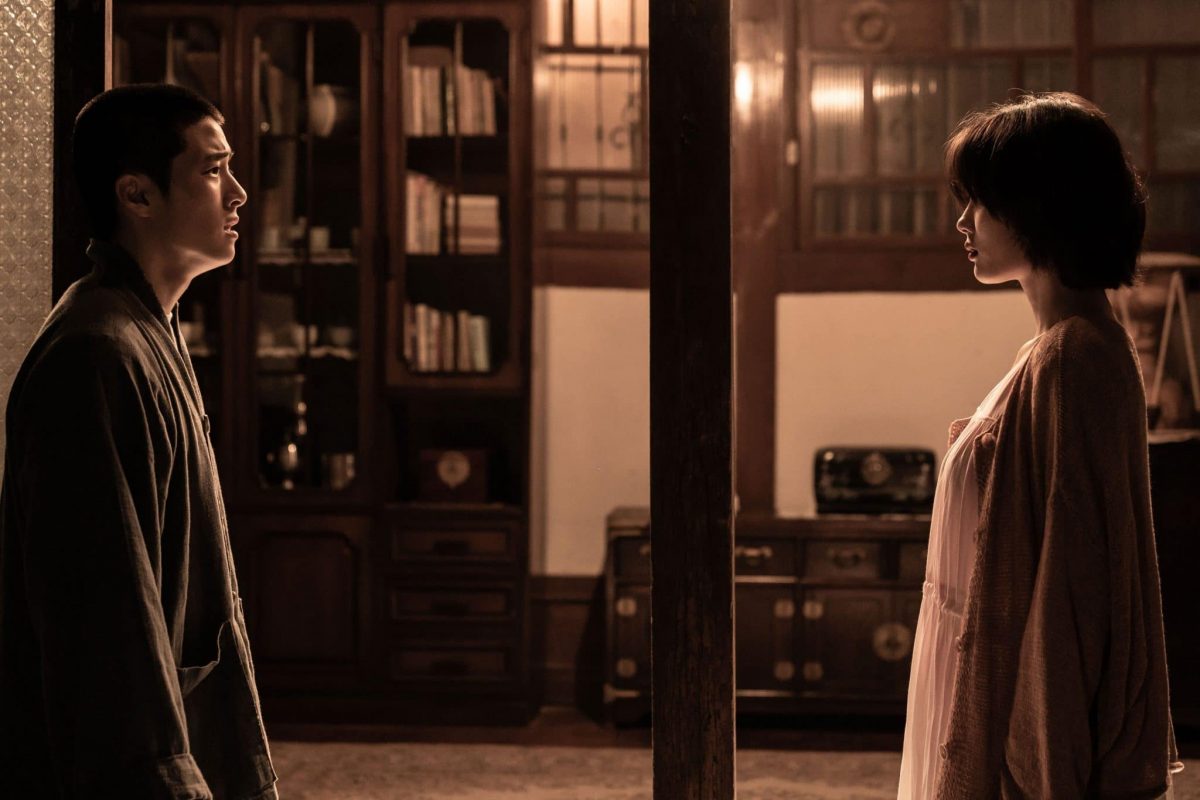