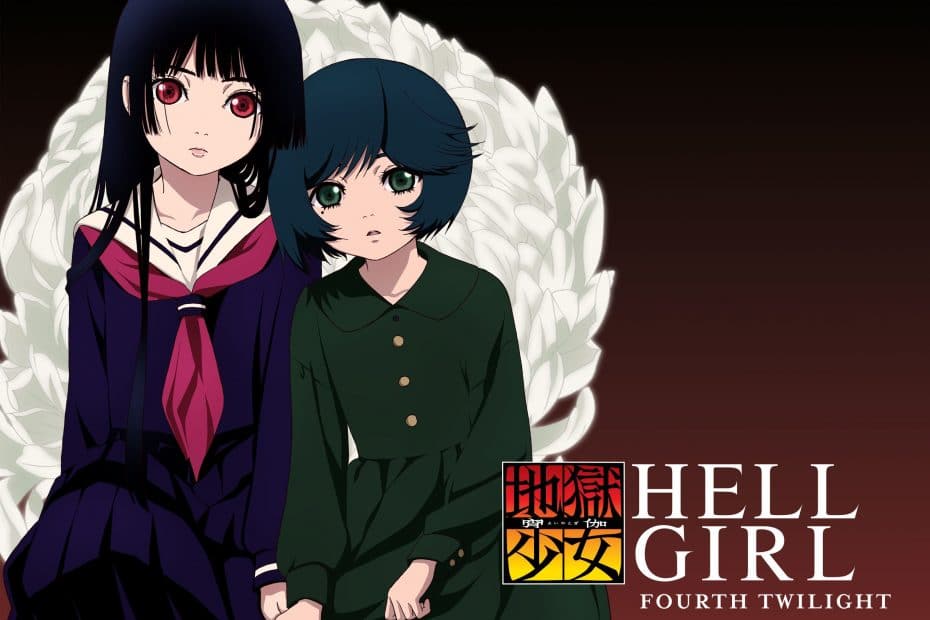 Entertainment With All Your Favorite Horror Tropes

Would you sell your soul for revenge? A mythical website that can only be accessed at midnight allows people to send their worst enemies to hell — but no immense favor comes without a price. Hell Girl is my personal favorite and has a beautiful yet freaky storyline that resembles the American series, Gooosebumps. Enma Ai, also called Hell Girl, is one of the few badass anime girls who rely on side characters to carry her plotline. Although, she does have a few helpers when exacting each vengeance.

Gather around the campfire and listen to a ghost story? More like gather around the creepy old man in a mask on his bicycle and listen to a myth that may or may not be true. Every week at five in the afternoon, an elderly man in a mask shows up at a playground and shares ghost stories based on Japanese myths and urban legends. The episodes are incredibly brief, but the mark of a good ghost story are the ones that can make listeners uncomfortable in just a few short minutes. Don’t have time to sit through a 30-60 minute ordeal? This Theatre of Darkness: Yamishibai is for you.

Makina Hoshimura is murdered in cold blood and becomes the Corpse Princess, devoted to killing 108 other shikabane with machine guns alone in order to gain entry into heaven. Wildly enough, she is assisted by a Buddhist monk named Keisei Tagama to not only avenge herself but her family as well. Corpse Princess anime is referred to as a “shounen” (male-oriented audience), as it is a hybrid of action, sex, and horror all in one. There is a good amount of body horror mixed in with heavily suggestive adult moments that make you forget that this is a serious anime. High School of the Dead is the next best contender to this demonic fantasy.

Viewers had their qualms with this anime for its tame depiction of Ito Junji’s visceral and terrifying anthology mangas. However, there are reasons it is still worth the watch. I’d put Junji Ito at the same level as series like Black Butler merely because it carries that same mix of angst, shock, and black comedy that carries a long list of characters with different but static personalities. If not for the dreary animations, then this is one to watch when you are in the mood for some WTF after dark. You may want to read the manga with it, to fully understand what’s missing.

Nightmare Before Christmas and Beetlejuice had a baby, an anime named Soul Eater. This anime is set in the fictional town of Death City in Nevada, United States. That’s about as relatable as it gets for now. The Death Weapon Meister Academy is run by the Headmaster Shinigami (Death) as training grounds for people who can physically turn into weapons, as well as their partners who wield them. Maka Albarn and her scythe, Soul, are students at DWMA and go on several crazy adventures with their meister and weapon friends. The violence is rather intense in this anime, what with people being eaten by monsters and kids getting beaten and tortured on a regular basis. Nonetheless, it is a bright and cheerful way to watch horror. 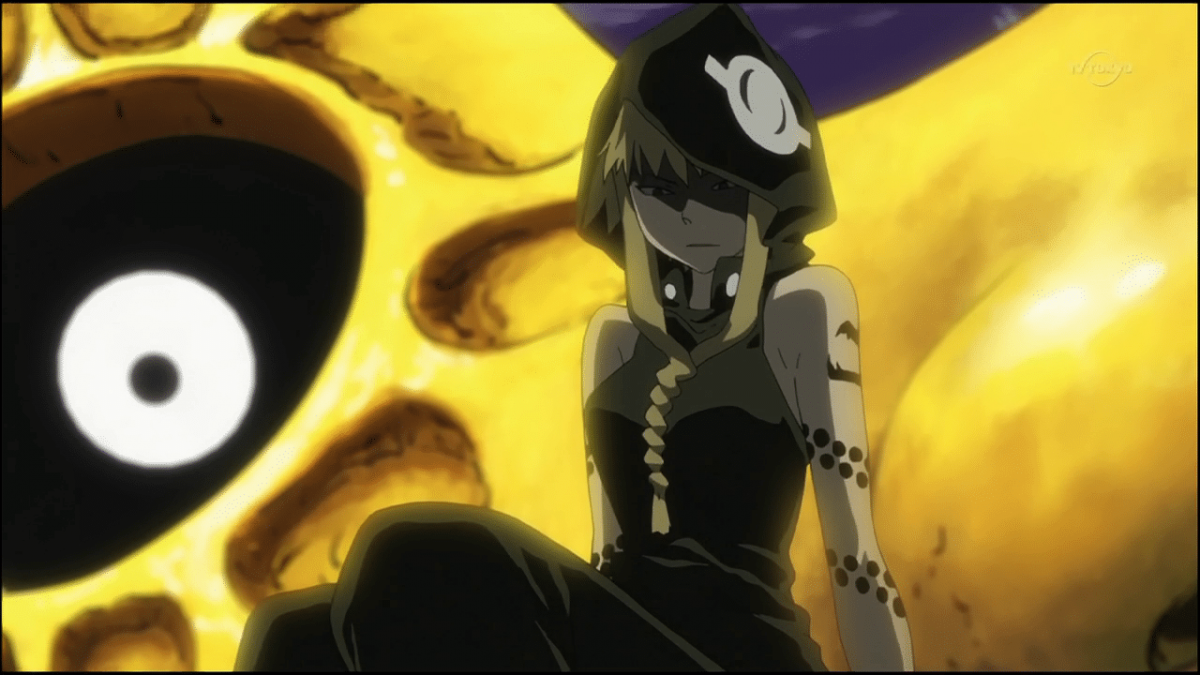 After performing a friendship spell, a group of students are suddenly transported to Heavenly Host Elementary School, where the spirits of the school’s murdered students begin to reach out to them. The supernatural elements involving some vengeful ghosts are a bit cliché for those who have seen things like Ringu and The Ring, but the obscurity and dramatizing of a haunted school is still as entertaining as ever.

Vampires, love triangles, lots of blood? Say less. While it’s not the scariest anime on this list, it is the predecessor of both Twilight and The Vampire Diaries, as Vampire Knight’s first volume was written in 2005. A boarding school attended by both vampires and humans relies on its guardians, Yuki and Zero Cross, to maintain the peace. Kaname Kuran, leader of the nightly vampire class, has his eyes on Yuki, much to Zero’s discontent. I’d say the scariest thing about this anime is the intense fighting in later episodes, but there are only two seasons that go by quickly.

A series of earthquakes puts Japan and its residents at risk of losing their home country in this natural disaster horror picture. I’ve been disappointed before by promises of devastating storms and natural mayhem in film. This anime is horrific, heart wrenching, and bizarre all at once. Perhaps, it is the Studio Ghibli style or the realization that Earth is currently in the red zone right now that makes this movie feel and look perfectly dynamic.

The characters of this anime each tell their own connection to a strange light that appears in the sky and a murder spree that happened five years ago. These anthological stories come together by very small conveniences, eventually unfolding to give the full story of Boogiepop. It is overkill on the buildup, but the story and characters redeem themselves by the end as the chaos begins to make more sense.

Koichi Sakakibara gets involved with a series of gruesome deaths at his new school which all involve the same mysterious girl in his class. Another is referred to as the Final Destination of anime for a reason. Every death sequence in the anime is never the same and comes down to blood and bone. It is sure to get your stomach turning and blood pumping.

I would never recommend watching an anime without reading the manga first, but the patience that comes with reading doesn’t relay the same fright as watching it happen live. Take a break from cinematic horror and try one of these anime if you want to experience a new kind of entertainment with all your favorite horror tropes! 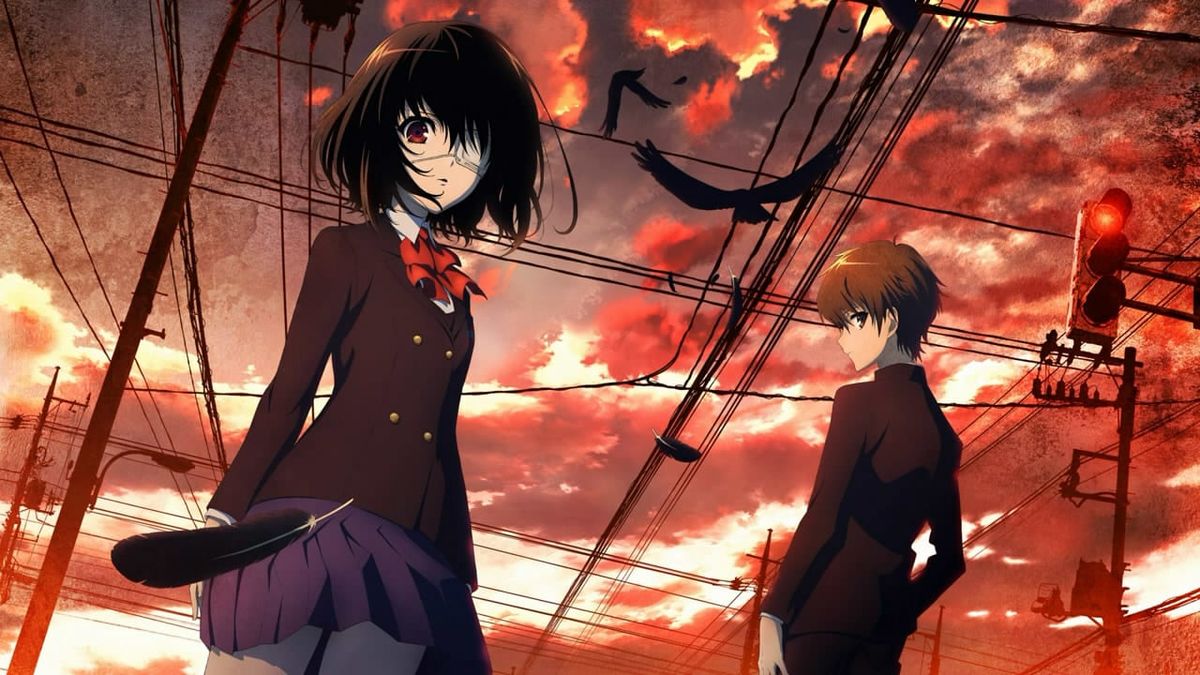 Junji Ito’s Uzumaki is Getting an Animated Series