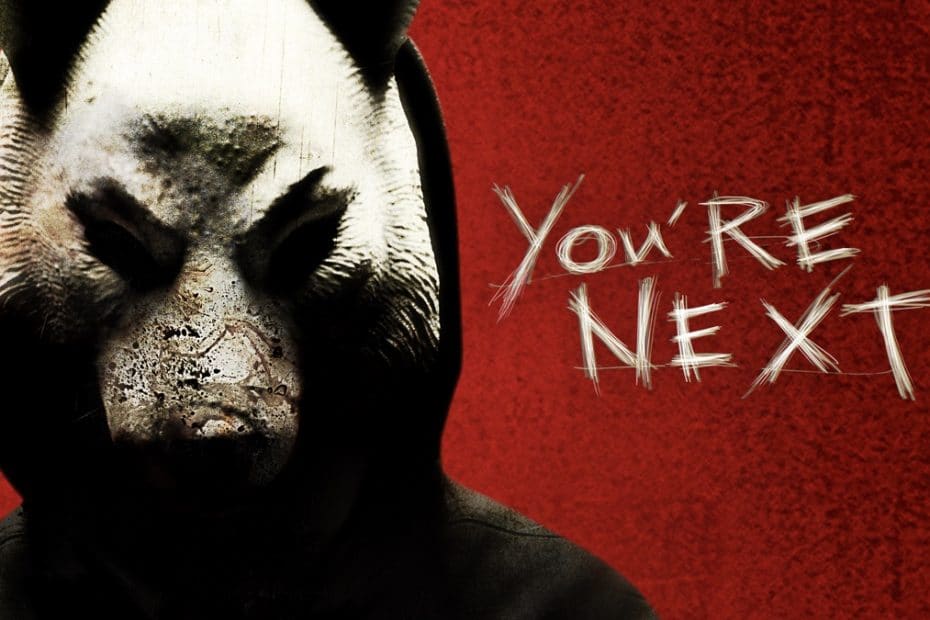 You're Next Gives A New Reason to Fear Family Gatherings

There are one or two horror movies that I will go back to on occasion when new releases aren’t quite scary enough for me. You’re Next (2011) is one of those films that is just cheesy and gory enough to entertain an audience who want a mixture of WTF and characters to root for — or to absolutely hate.

You’re Next follows the Davison family reunion at a remote mansion in rural Missouri, where Crispin Davison plans to introduce his girlfriend, Erin Harson, to his parents on their anniversary weekend. Erin has not come quite as prepared for a stiff and uncomfortable bout of first impressions, but when a squad of masked men prey on the Davisons from the outside, she is more equipped for the family vacay than we would have imagined.

The slasher genre is often defined by a definite chase and unsuccessful escape by several teenagers from a guy with a chainsaw. If it is more variety that you might be needing, this movie has a truly bizarre and equally badass way of presenting a story that is not in need of any sequels or revivals.

I have to applaud the unique way that the killers chose to pick off their prey in this film and the cheesy coincidence that Erin happens to know how to survive such an attack. Rarely, there is a horror movie victim that I can find a reason to root for, as the formula of paying for minor wrongs still stands in most flicks inflicting mortal terror. Erin is that exception and to this day, I wait for her character to show up as an option when I play Dead By Daylight. 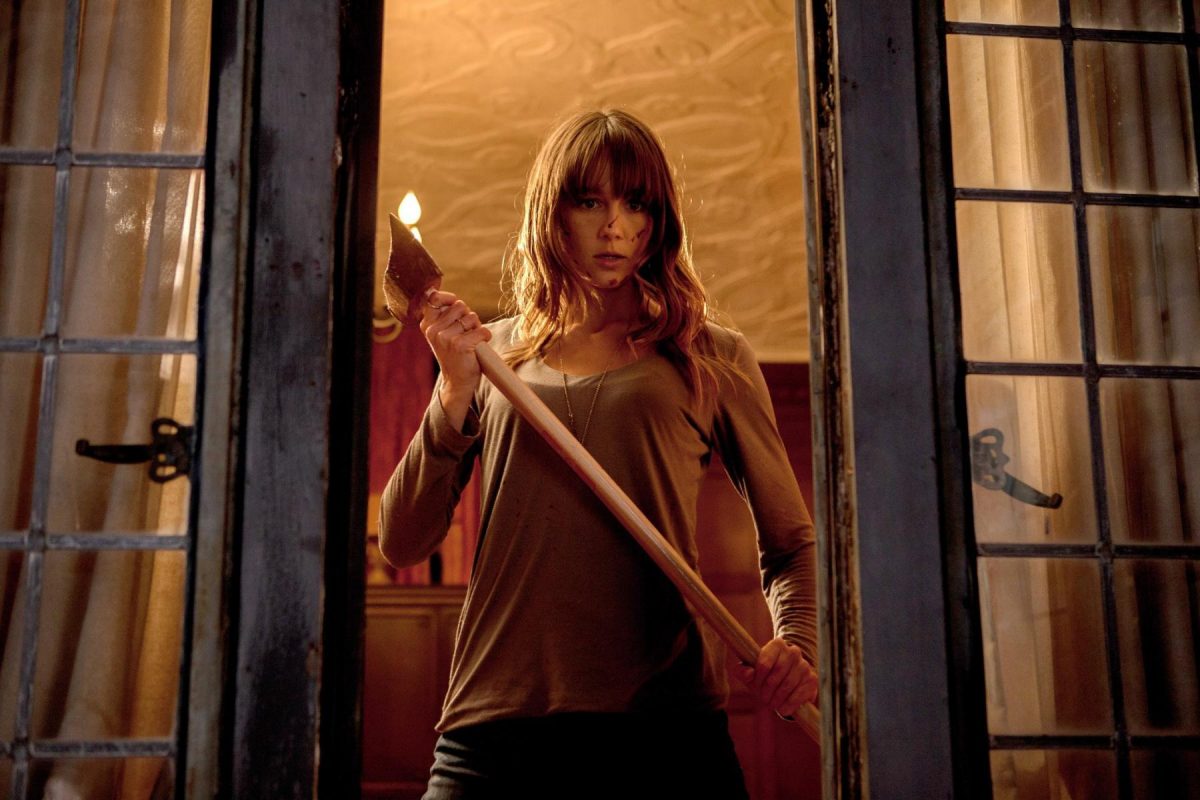 On a good day, I will put up with the unsuspecting bombshell or rebellious virgin trope of prevalent slashers’ past, but I commend this movie for giving me a main character with a relatable look and personality that is not skewed by a pop culture outlook. Although her past is a little weird, I guarantee anyone who watches this movie will root for Erin.

You’re Next sets up its audiences as perfectly as its influences do and it forces us to look at the vengeful aspects that could be at play or even that this family may have pissed off the wrong people.

By the middle of the film, it takes a soft three-sixty that, although could have been anticipated, is still relatively hard to detect. There will be little bits of hope given to and then taken away as the Davisons attempt to escape their attackers. Thankfully, those moments of downtime we get in between brutal executions do not dwell too heavily on grief and keep the adrenaline going. To add to the attractiveness, if any, in a film about murder, the script is decent, has its moments of morbid comedy at the start, and does not try to be too obscure about criminal intent going forward.

I would not recommend this movie to anyone who is just entering the world of gore and special effects horror, as it does have a lot to do with body horror. However, You’re Next is a hard film to beat when you are looking for a good jumpscare, chase scene, or just a few cringey moments of crying performances. You’re Next is available now on Hulu and is free to watch! 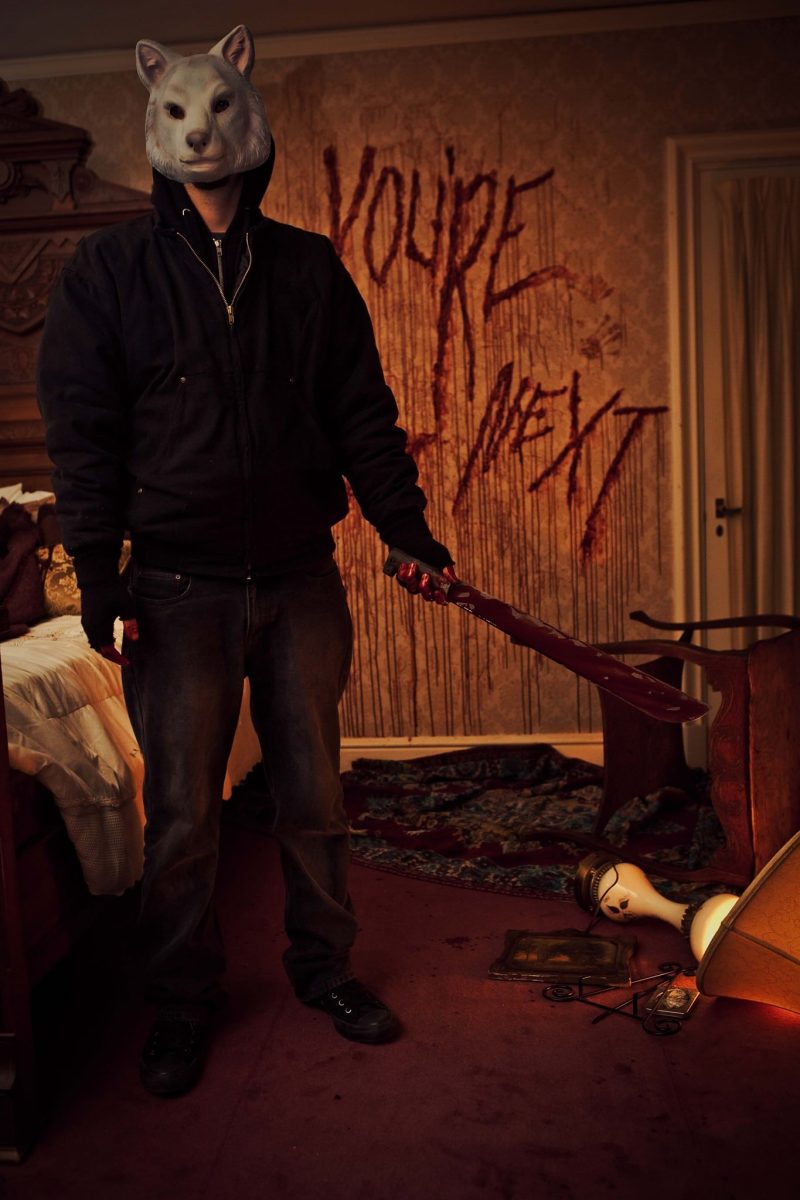