Home > Annihilation: The Horrors of The Shimmer 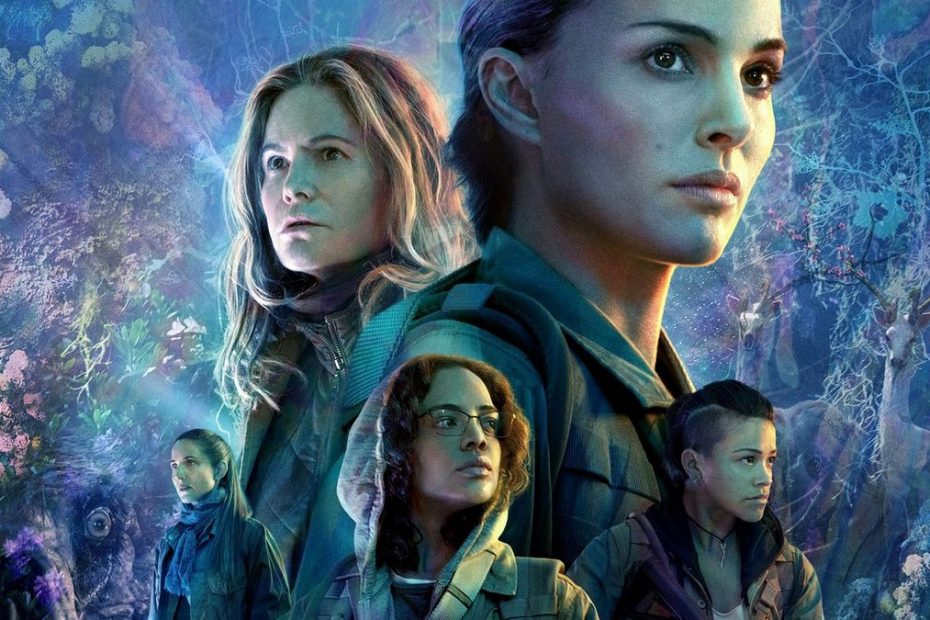 The Horror of The Shimmer

In the 2018 film Annihilation, an unusual meteorite crash-lands on Earth and a radioactive bubble starts to expand from the crash site known as “The Shimmer”. Studying this anomaly is the focus of Annihilation as the scientist named Lena (Natalie Portman) goes out to study it after her husband returns sick. The effects The Shimmer has on the world inside it are both captivating and horrifying. Annihilation has been praised for its beautiful visuals, and they help tell the story and explain the phenomena of The Shimmer.

No information about The Shimmer goes through to any of the characters as any attempts to study it go silent. Cameras lose connection outside the anomaly when they enter and all communication outside The Shimmer cuts out. Even animals that wander inside don’t find their way out. These cases along with The Shimmer’s slow growth and expansion made the situation dire enough for Lena’s team to embark, so they could find a way to stop The Shimmer’s growth.

The Shimmer is treated as a cosmic horror anomaly, being an ever expanding prism that traps and refracts everything within its sphere of influence. Plants and animals are forever changed and merged with the bodies and traits of other lifeforms, from bizarre flowers to savage mutant predators. Even more scary is what happens to the human body while they’re alive. Throughout Annihilation there have been subtle and profound examples of the Shimmer’s effects.

The first example of the changes were the flowers they discovered. Each petal and plant appeared to be different species growing on the same branch. If these genetic changes were viewed on a human or animal, it would look like an amalgamation of traits and features. The alligator that attacked them afterwards was a more violent example of what was happening to the flowers, having rows of teeth like sharks as well as having blemishes, scars, and tumor like growths.

After discovering the abandoned equipment of the previous expedition, Lena and her team discovered something horrifying about The Shimmer’s effects on the human body. Some of these horrifying changes include moving fingerprints and shifting internal organs. The Shimmer’s refractions are confirmed to be inside the scientists, and they are already being affected by the alien phenomena. Their memories were the first parts of them to be affected, and then Lena started taking on the unique features of her other teammates like tattoos and scars. 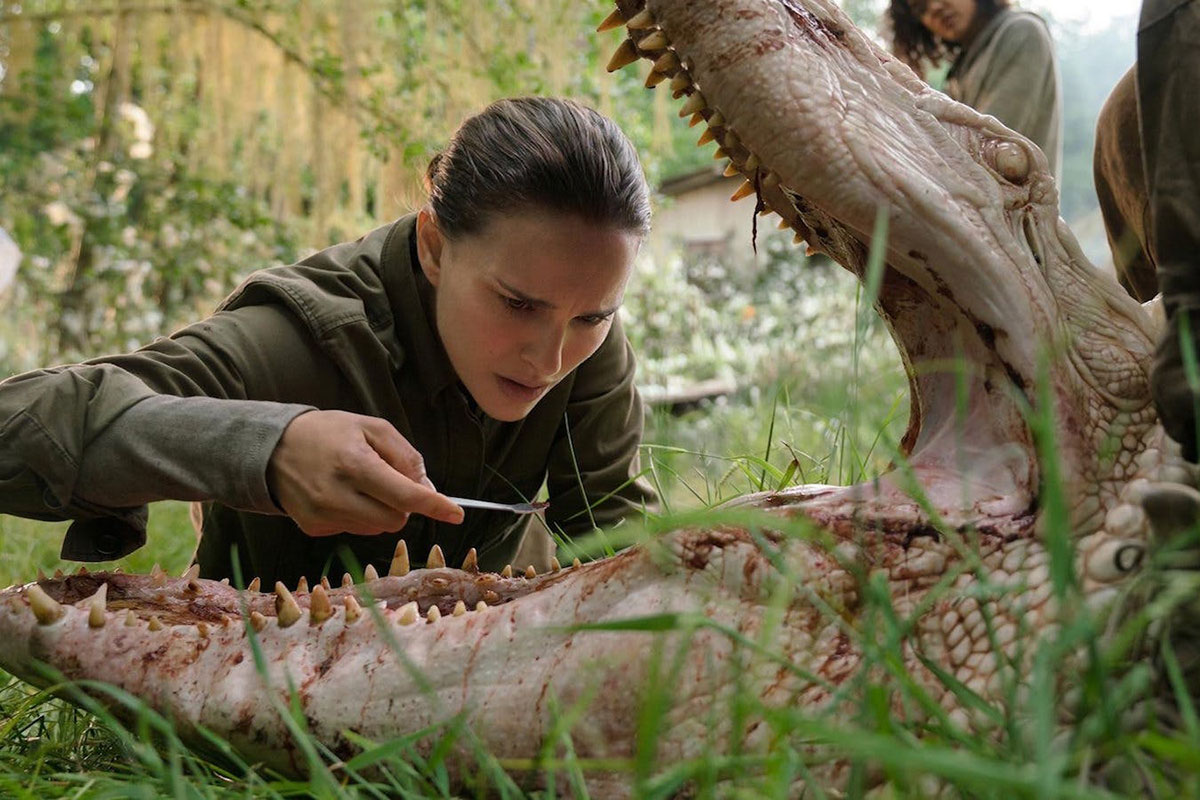 The Shimmer also affects the mentality of lifeforms trapped in it. Despite the graphic effects, the animals in the Shimmer still behaved instinctively. Lena and her team begin to lose themselves to the Shimmer after Cassie was mauled and killed by a bear. One of them named Anya turned on them and would have tortured Lena until the bear that killed Cassie attacked them again, killing Anya apart before dying from the others.

With the consciousness of its latest victim’s merged into the bear’s body, the bear had the uncanny ability to echo the dying screams of Cassie. It isn’t clear whether the mutant bear was consciously using the voice to hunt the scientists or was trying to vocalize like a normal animal merged with Cassie’s screams. It’s also plausible that Cassie’s consciousness took over the bear’s mind in her final moments.

The Shimmer at the final points of the film has been able to refract and alter everything that was understood about the natural order on Earth, basically being the equivalent to a cosmic cancer cell that’s growing out of control with no reason or intention. Even the alien that formed from a fractal had no rhyme or reason, it simply observed, copied, and responded to Lena, ultimately leading to the self destruction of The Shimmer. Lena survived the expedition but The Shimmer has already altered her to the point she is no longer the same person. Even her husband’s identity is put to question since he also had a doppelganger and seemingly died in the lighthouse.

The exact range and limit to The Shimmer’s effects are unknown even to the characters of the film, So far it has altered D.N.A, personality, physical appearance, and merged different things together. Yet it is seemingly purposeless in its disregard to the natural order. Annihilation ended with more questions than answers but the potential threat of The Shimmer showed that it was the cosmic equivalent of a malignant tumor. Imagine if a cancer cell was a giant area on earth mutating and fragmenting everything down to its smallest parts. In a sense, the horrifying purpose of The Shimmer is simply annihilation. 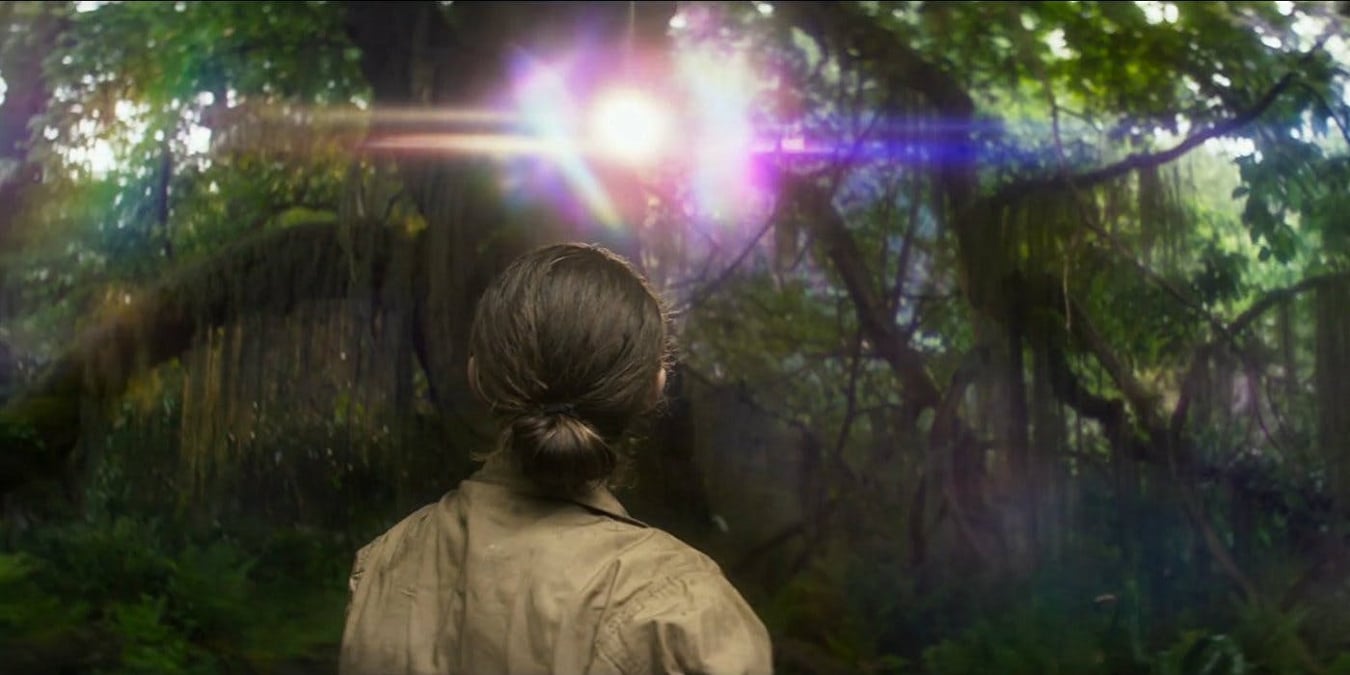