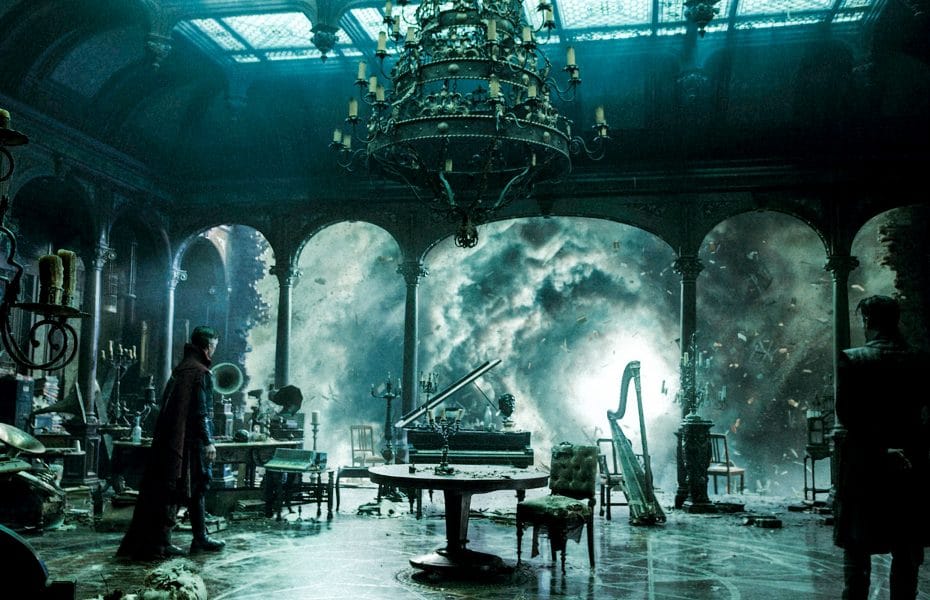 Doctor Strange: Multiverse of Madness had great horror elements to it. Evil Dead’s Sam Raimi was behind the camera as director, capturing excellent yet terrifying performances. Elizabeth Olsen especially brings the scares as Wanda Maximoff/Scarlet Witch. The good guy turned bad returns after brainwashing and keeping a town hostage. She’s become more emotionally unhinged as she longs for a form of peace of happiness.

Olsen has the potential for horror, as well as other actors from the Marvel Cinematic Universe. Whether it was as a scary antagonist or the Final Girl, these are some who have the potential to make a name for themselves in horror the way they have in the superhero world.

Like what Rosemary’s Baby did for pregnancy, Fresh displayed the fears that come from modern dating. The film tells the story of a woman falling fast for a charming stranger. This is something she ultimately regrets upon discovering red flags.

Sebastian Stan is the charismatic villain here. Starting from his introduction where there’s more rom-com vibes, things slowly escalate into a thriller where there is seemingly no escape from. This is, in large part, due to how smooth and handsome Stan’s character is when he isn’t channeling his inner Patrick Bateman. The Winter Soldier actor can place the viewer’s guard down along with the ones he tries luring into his trap. He is what to be on the lookout for as a single woman.

Ari Aster’s sophomore film brought out much tension when it included heavy subject matter such as cult indoctrination and toxic relationships.

Florence Pugh plays a vital role in all this with her breakout performance. Before her supporting roles in Black Widow and Hawkeye, she starred as Dani – a young woman in the midst of grieving over her dead family while also doing what she can to maintain her relationship with her emotionally unavailable boyfriend. Pugh delivers on the emotions with raw intensity that is almost too hard to watch. The horrifying environment she’s placed in is not during the best time for someone like here. However, it’s the place where she finally feels at home and where she can finally let her mind loose.

This Gothic horror/ghostly love story is reminiscent of classic horror with its creepy atmosphere and disturbing visuals done by director Guillermo del Toro.

The film stars Tom Hiddleston as Thomas Sharpe – a mysterious baronet with a troubled past that includes multiple wives, a strange bond with his sister, and red clay that overruns the grounds of their dilapidated mansion. Hiddleston does well in playing a conflicted man who struggles with his original schemes when emotional attachments form between him and his latest wife. Though the horror mostly relies on the special effects, the Loki star still gives it his all in his performance due to how he can ooze charm in one scene but then raise suspicions in another. 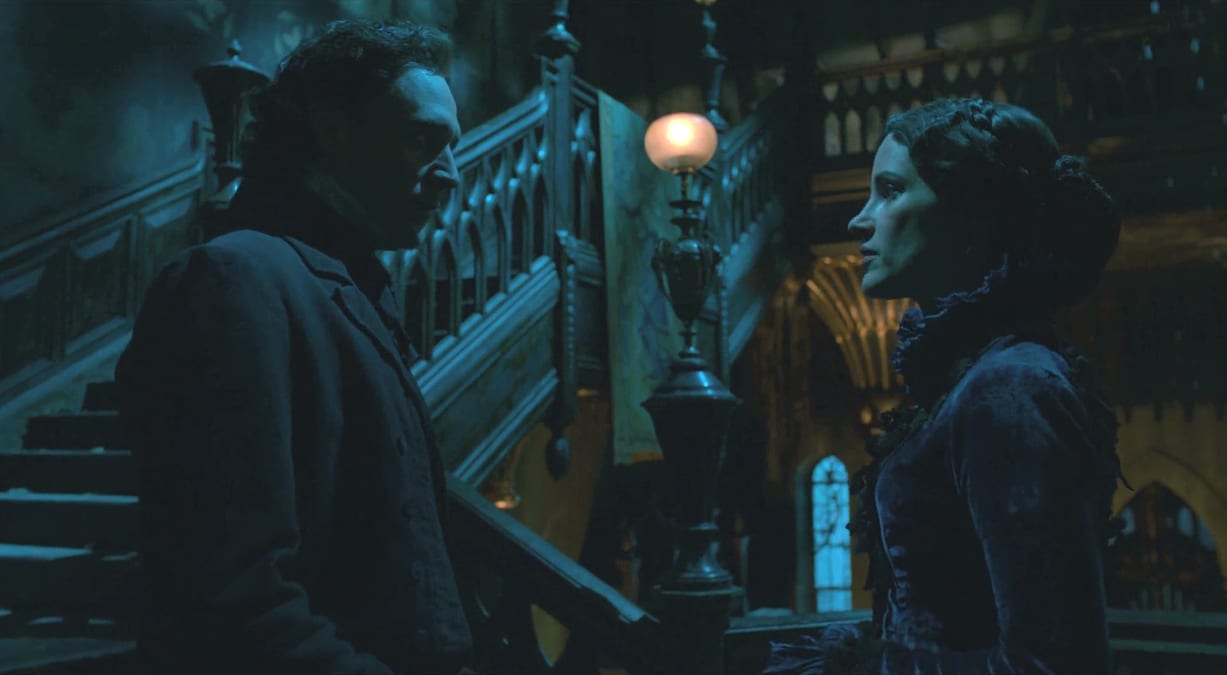 With many sci-fi movies around, it can be hard to stand out among the collection. Yet this cosmic horror movie is unique with its visuals that are both frightening and beautiful. The acting is also one of the highlights, thanks to the cast portraying characters dealing with a menacing, otherworldly area full of unknown dangers.

Isaac as a soldier returning home from the traumatic experience makes for tense viewing. Thompson and Wong play their roles well as people who seek answers, but it’s Portman as lead protagonist who shines. She’s someone to root for with her level head among the team of scientists exploring the area. She also thinks with her heart as she wants to do what she can to help her ailing husband.

This film should be on every horror fans’ watchlist due to its satirical approach on the genre. This horror comedy explores the familiar tropes that include characters who are known victims in slashers.

Before he played the God of Thunder, Hemsworth fell under the jock persona amongst the group of college students who visit the remote area and is hunted down for sacrificial purposes. The characters are killed off one by one as they attempt to survive the night. Hemsworth may not be the main protagonist – let alone the hero – but did manage to provide some memorable scenes as he fit into his assigned archetype. This includes a darkly hilarious death that can only be found in a brilliant parody like this one.

This sequel to 28 Days Later has more of a focus on the rage virus that spread in Britain and made its way to the States six months later where things spiraled out of control. Zombies are making a return as they infiltrate a military base and attack everyone on sight.

Prior to playing Heimdall and Hawkeye in the MCU, these two actors found themselves in another world that requires saving. Their characters are responsible for keeping the zombies at bay before needing to save everyone. Elba’s General Stone doesn’t provide much in action due to his position having him oversee everything instead. It’s Renner’s Sergeant Doyle who viewers can see how involved he is in helping with the escape from the walking dead. 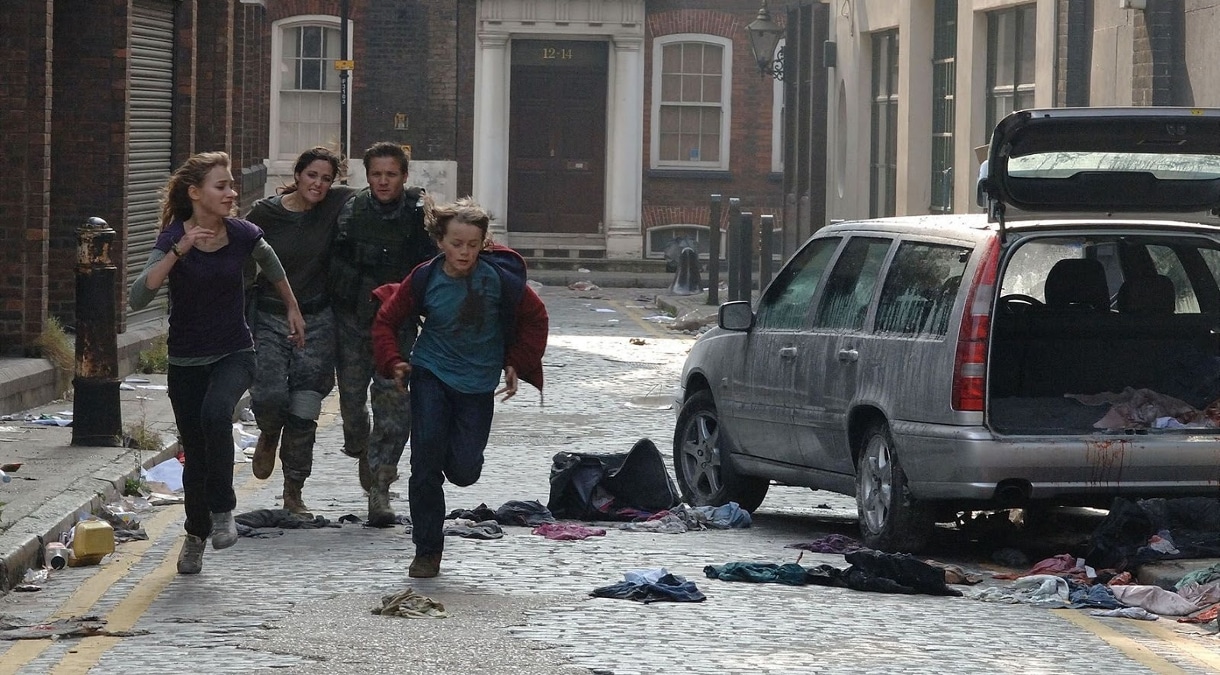