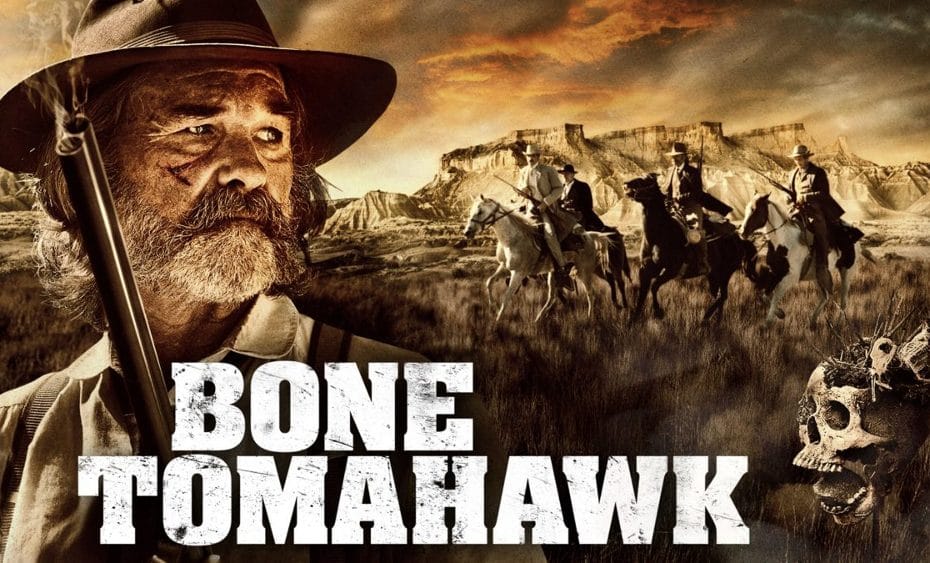 Bone Tomahawk (2015) brings together an interesting mix of various genres such as westerns, horror, dark comedy, and adventure. It presents the American frontier in a new perspective, highlighting racial tensions between pioneers and Native Americans in an indirect approach. Bone Tomahawk brings together an amazing cast, with Kurt Russell as the star, playing the Sheriff, and co-actors Patrick Wilson, who plays Arthur, and Richard Jenkins, both known actors in the horror genre.

While the film has been highly criticized for the indirect approach to heavy topics such as racism, it remains a one of a kind film, analyzing the political situation between the United States and Native Americans, and throwing in dark comedy and horror through cannibalism. The cinematography and camera techniques throughout the film make it stand up to the classic westerns, and shows how truly underappreciated the film has been.

Bone Tomahawk takes place in the early 19th century in the American West. It presents a typical western town, small and isolated from the rest of the country. The law is enforced and dictated by the lone sheriff, Kurt Russell, and of course, the pioneers have been attacked by who they believe to be a tribe of cannibalistic Native Americans. One of the nurses in town, Arthur’s wife, Samantha has been kidnapped by the savages.

However, the Professor, played by Zach McClaron, explains to the pioneers that these attacks are not done by any Native American tribes. Instead, they are the work of troglodytes, a subspecies of cannibalistic monsters that have terrorized people for years. They are large in stature and resemble something similar to a nightmare. They decorate themselves in bones and skulls, and are painted in a chilling white makeup. The most terrifying aspect of these creatures is the bone piece that the males sew into their neck to produce a sound that can only be described as something a dinosaur would produce.

The film takes no time diving into the horror aspect, showing a man getting his neck slit while sleeping. This scene sets the tone of the film, and allows the audience to predict what might happen in terms of violence throughout the story. The filmmakers do not shy away from the gore aspect of the film, at one point even showing a man getting scalped and cut in half. Despite the horrific actions that take place throughout the film, there are surprisingly loving and affectionate scenes between the characters in the story. The dialogues between Kurt Russell and Richard Jenkins, who plays the deputy sheriff, are touching, and show the deep character development made throughout the film. The onscreen chemistry between the actors highlights the tense tone of the film, while allowing audiences to relate and connect with the characters on screen.

People watching the film feel for the characters, and can actively see their struggles, which is vital to develop a western film. Patrick Wilson’s character, Arthur, does an amazing job at capturing the audience’s emotions and showing the real life struggles of living in the west.

Not for the faint hearted, the film Bone Tomahawk brings together a touching character base with horrifying scenes that will frighten even the most avid horror film enthusiast. While the film was not originally received well by critics, Bone Tomahawk is unique in the sense that it compiles various genres and political messages to present an artistically creative take on the classical western.

The cast does a fantastic job at making their characters relatable, and giving some comedic relief throughout the tense film. Bone Tomahawk is not recommended for children or those who are sensitive to gore, however, with that being said, the film is perfect for horror enthusiasts, westerns fans, and anyone who enjoys an artistic approach to film making. Bone Tomahawk is available for rent or purchase on all major video on demand platforms.