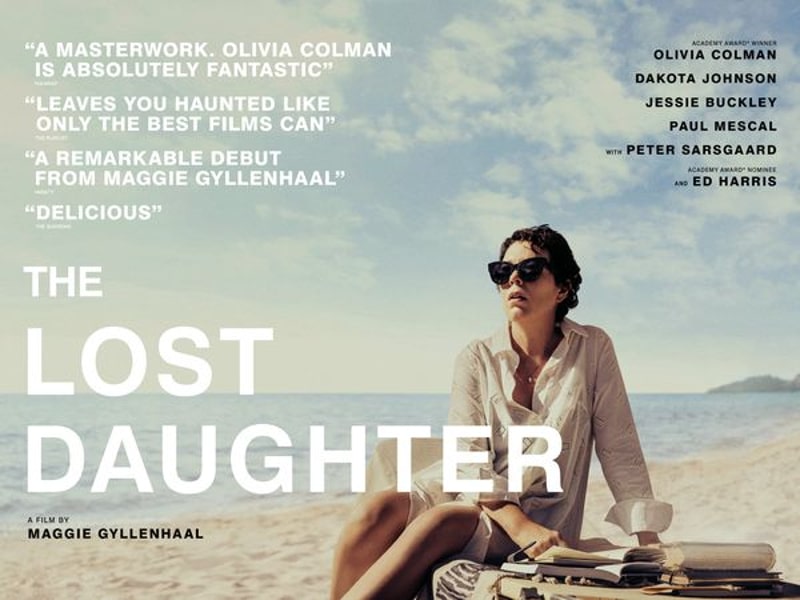 The Lost Daughter is not Your Typical Film

The Lost Daughter has twists and turns that keep you on the edge of your seat.  Leda, portrayed by Academy Award Winner, Olivia Coleman (The Favourite, The Crown, and The Father) plays the character as a typical, normal woman while also playing her in a way that is startling and dark, something that keeps your eyes glued to the screen throughout the duration of the film,. The film  has good acting throughout, especially from Coleman and her scene partner, Dakota Johnson (Known for The Social Network, Ben and Kate, and How to be Single) but its downfall is the confusing genre situation, or the audience not having a clear idea if this is a drama or a psychological horror, or a horror that makes you think about the characters behavior in different ways. The genre of the film seems a lot like a drama, but the obsessive nature that the character of Leda has about her past and the family she meets on the beach makes it seem more like a psychological horror film.

The screenplay, adapted by Academy Award nominee, Maggie Gyllenhall (Known for Donnie Darko, Nanny Mcphee, and The Dark Knight) is a screenplay that is very confusing as to what the genre is. The character of Leda has a very dramatic arc in the film. Leda is very much troubled by her past, as apparent by the multiple flashbacks about her children and her broken marriage, showing obsession over her past actions, she also shows that she has not improved mentally since her earlier years because her obsessive state is at an all time high, especially when she meets the mysterious Nina, and her immediate and extended family, becoming obsessed with them and their belongings in the process. What this vacation does to the arguably already emotionally unstable Leda is that it takes her down a dangerous rabbit hole while she tries to relax, showing her true stalker-like persona.

Leda, who goes to Greece on vacation to get away for her summer vacation, seems to be an obsessive character. Not only is she overly obsessed about her past based on the way she raised her two girls, but she also shows obsession in the present day when a little girl’s doll and the girl’s family take over her vacation and eventually her mind.

The last part of the film that helps it connect that The Lost Daughter is a psychological horror film is the tone of Leda’s voice. As the family she’s obsessed with keeps coming to Leda to ask her where the doll is, her answers become very mysterious and passive. This quote especially shows that she is hiding something from Nina when she asks Leda about buying her daughter, Cassie a new doll:

Lida: “Don’t mind buying her another doll. It won’t make any difference, You’ll find it.”

This quote shows the secretive nature of the Leda character. It shows that she has obsessive tendencies along with attachment issues based on the way treats the doll as if it is one of her children, which are tropes very common with stalkers in the horror genre. 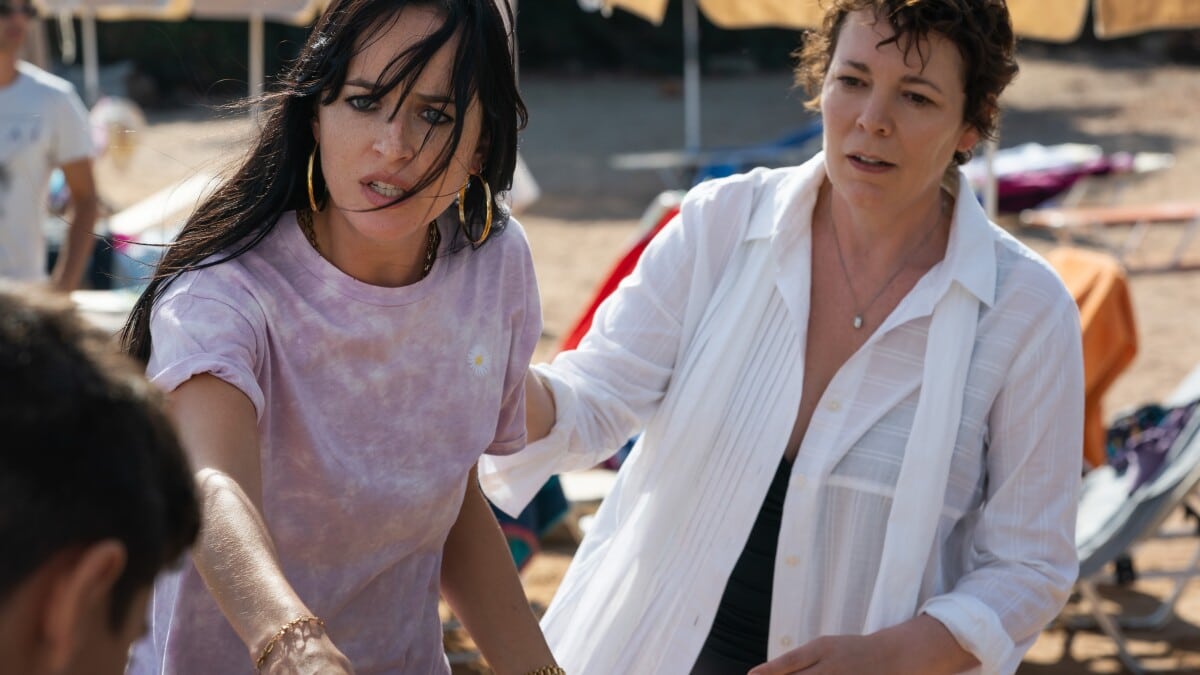 An example of another character much like Leda who has a voice that gets more mysterious about the situation they have created is the roommate character, Hedra in the film, Single White Female, where the seemingly nice and innocent Hedra (portrayed by Jennifer Jason Lee) starts to become obsessive and stalker-like towards her college roommate, Ally (portrayed by Bridget Fonda) . A quote from the film shows a similarly dark transition of the seemingly innocent Hedra is in the scene where she gets the same haircut as her roommate, Ally:

What these scenes have in common is not only a shift in tone for the character but a change in overall personality that shows the secret darkness that lies beneath them, showing that they are not innocent after all.

Another obsession that Leda has besides the doll is with the character Nina, the mother of the girl that lost the doll, and her family. During her day at the beach, a young woman, who later we learn her name is Nina, comes in with their young daughter, as well as the wife, Nina’s pregnant sister, and her family. During the day, Leda is very drawn in by the family and their actions. While she looks at this family, she seems to be very connected emotionally to Nina in particular, as she is a young mother, much like her, in what seems to be a hard marriage with her husband, who is portrayed in such a realistic way by Oliver Jackson- Cohen (Known for What’s Your Number, Faster, and The Invisible Man) who seems to be emotionally distant and abusive towards his wife. While this seems to be a very close observation on Leda’s part, observation soon turns into obsession, leading to her taking the little girl’s doll.

During the rest of the film, the doll starts to take over Leda’s mind, leading her to become not only more obsessed with the enigma that is Nina, but also with her past and how she raised her own two daughters, and how she might have wronged them. The obsession with the family takes over her mind which leads her to do things that are arguably not normal. She does things such as lashing out at people at a theater, following Nina to see what she is doing at night, and the strangest thing of all is when she starts to treat something that she stole like a real baby, feeding it, dressing it, and even kissing it even with disgusting bugs and dirt all over it an in it. What Leda’s actions show in this part of the film is that she is an obsessive person with stalker-like tendencies, making her character seem more fit for a psychological horror rather than a drama.

With the ways that Leda acts in The Lost Daughter, the film should be considered to be not only a drama but a psychological horror as well because of the dangerous, obsessive, and stalker-like mind of the main character. If you are looking for a frightening tale with lots of twists and turns, grab your favorite orange-flavored candy (a recurring fruit that Leda shares with her daughters) and watch The Lost Daughter on Netflix today! 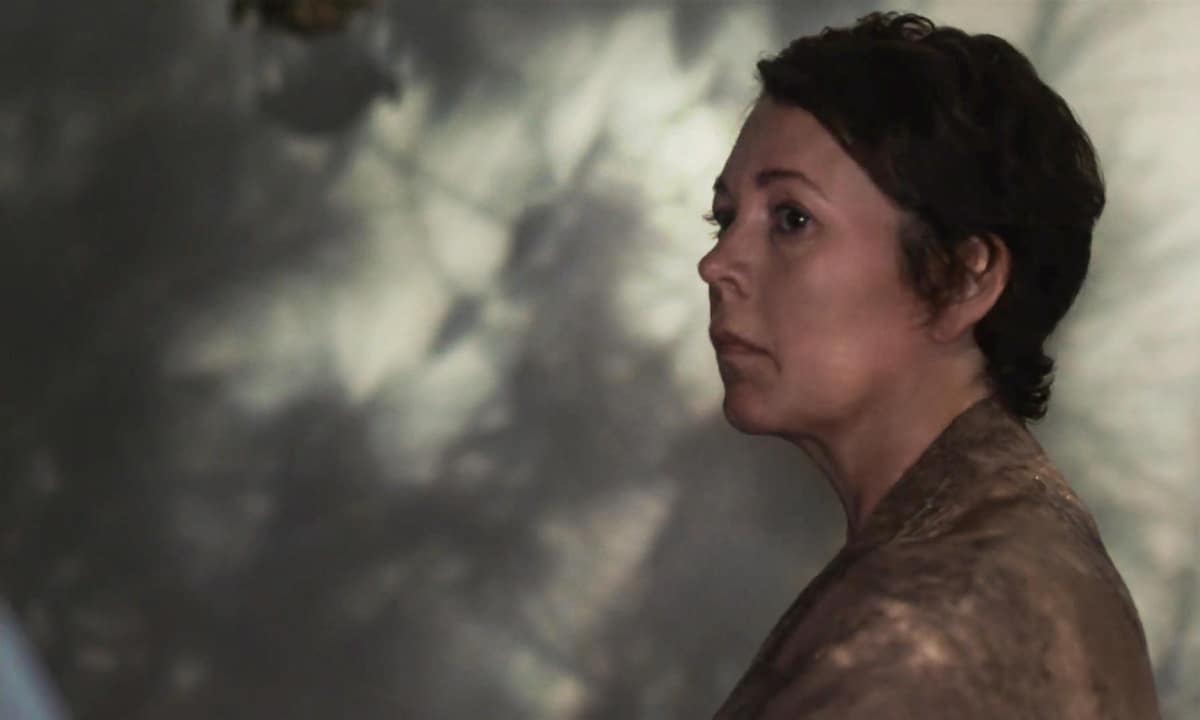 previousX (2022): A Review
nextAmerican Horror Stories is Coming Back!