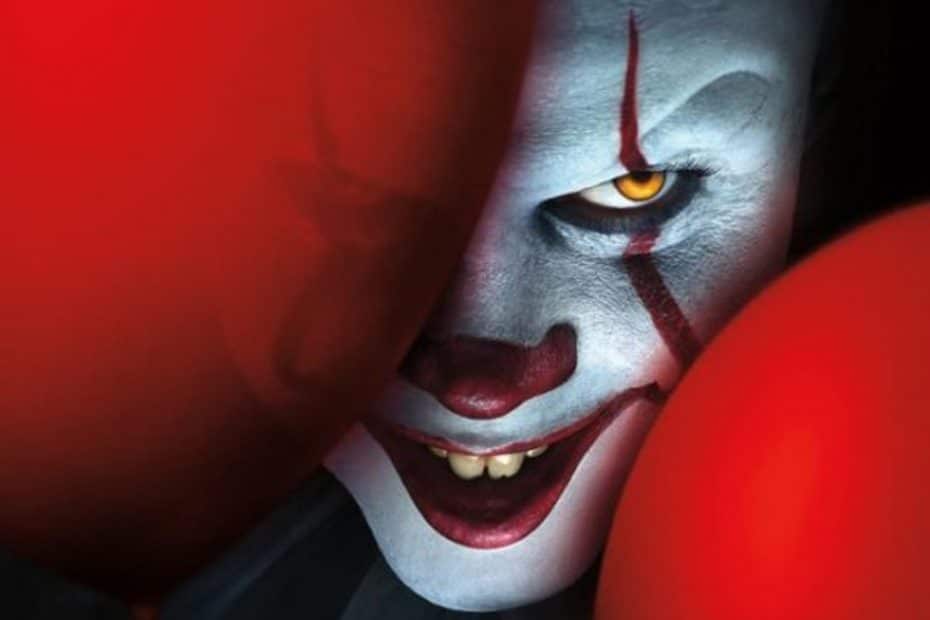 Sometimes the best stories have already been told. All they need is a visual medium to back them up.

Interview With the Vampire

Although this novel received mixed reviews when first published in 1976, it has since become a classic work of horror that quenched people’s thirst for these creatures. The debut novel of Anne Rice is a Gothic tale that centers around a vampire and his 200 year old story. He details it all to a reporter through Rice’s expressive use of prose and vivid imagery that can make a reader feel as though they’re reliving these moments with the vampire. Not only that but similar to other forms of vampire media, Rice was able to blend horror with notes of eroticism in a naturalistic manner. She showcased this especially through her characters that can be seen as both terrifying and tragic.

The monstrous yet beautiful world the author created was just the start as it led to multiple sequels and a Hollywood adaptation in 1994. The film of the same name starring Brad Pitt and Tom Cruise as two vampires with opposing views on what they’re meant to do with their eternal lives. Both gave stellar performances, but it was Cruise especially that stood out as the dangerous yet charming Lestat de Lioncourt. Fans of the novel, and even Rice herself, found his inclusion to be an odd casting choice.

Luckily, he was able to prove the naysayers wrong by shedding away his 80s good looks for a more haunting and mischievous persona. It was enough to make Rice retreat her previous comment for one with more praise.

Although the movie took away the novel’s subtlety and went for more bloody, gruesome elements, it still did justice by perfectly showcasing the struggles of being a vampire.

Author Bret Easton Ellis created a novel so controversial, it had to be sold in shrink-wrap in Australia. This was none other than American Psycho. First published in 1991, the novel tells the story of 80s New York stockbroker Patrick Bateman. On the surface, he’s a typical yuppie from Wall Street. He’s shallow, handsome, and has more money than he can count. However, he also tends to go on the occasional murderous rampage. Ellis uses gory imagery and disturbing dialogue for his take on consumerism as most of the characters are distracted by materialistic matters. This, along with drugs and sex, help enable Bateman’s psychopathic tendencies.

The 2001 film adaptation has its violence and sexual content toned down when compared to the novel, but not much. It too was criticized for its brutality, but still gained praise for mixing horror with dark humor. Not to mention Christian Bale’s creepy performance as Patrick Bateman. He plays the unreliable narrator in a slimy, unsympathetic way that still leaves viewers wanting more. The perfect example of how consumer culture can drive a person insane.

It’s safe to say Stephen King is the godfather of horror literature and it was this novel that established him as the icon he is now. The Shining was one of his earliest works that became a success when it was published in 1977. It took the classic horror setting of a haunted house (well, haunted hotel, in this case) with realistic horrors from everyday life. These horrors include the likes of abuse, alcoholism, and family dysfunction. As a result, King created a complex and disturbing tale that was less of a ghost story and more of one that merely featured them.

The same could not be said about the 1980 film adaptation that King famously despised. Directed by Stanley Kubrick, this adaptation placed the ghosts in the front seat and also included unforgettable scares. Jack Nicholson as Jack Torrance does well showing someone descending into madness with little to no effort. What goes well with that is ominous cinematography that captures memorable imagery and dialogue, all in a stunning location.

Both film and novel are scary in different ways in similar settings, but one thing they have in common for sure are that they are important pieces of the horror genre. 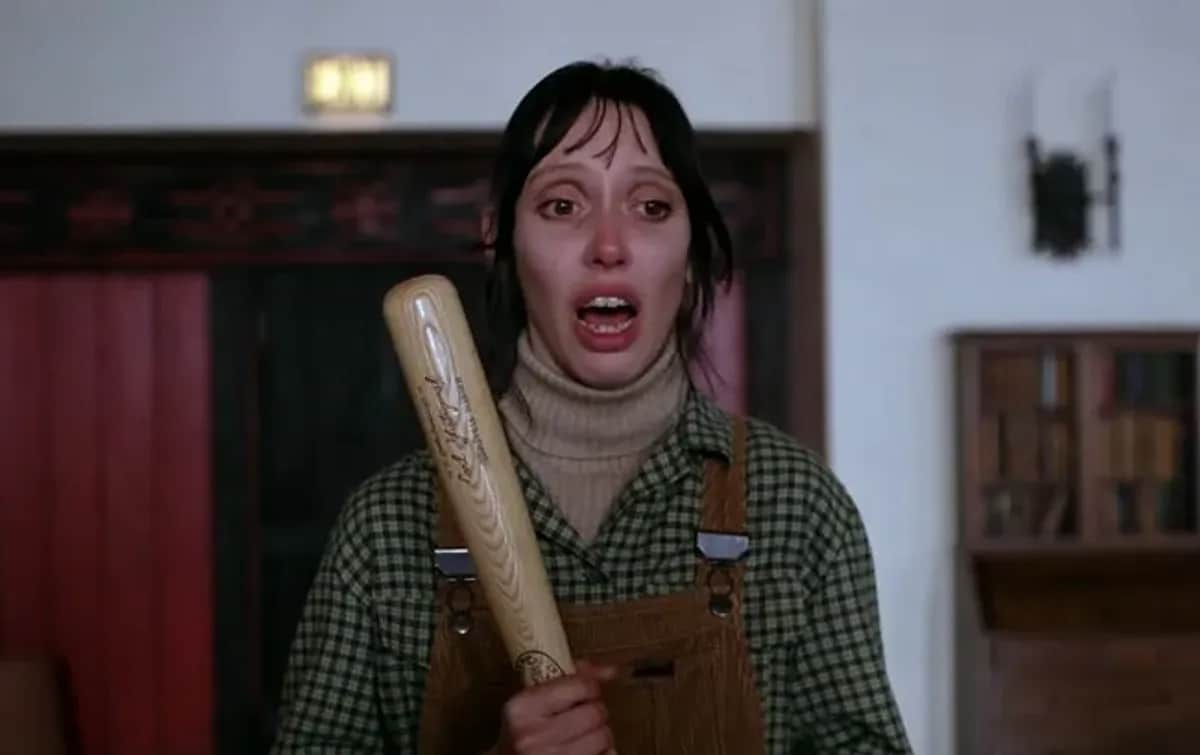 Thanks to wonderful direction and acting, not to mention unforgettable make-up and special effects, this became known as one of, if not the scariest movie in cinematic history. The 1973 film was a terrifying experience that forced its viewers to keep watching until the very end. Perhaps that’s why it had moviegoers vomit and even pass out as they did so. The movie is about two priests helping a girl named Regan MacNeil who, after having fun with a ouija board, becomes possessed by a demon named Pazuzu.

Due to the fame of the adaptation, it’s easy to overlook the fact that it was based on a 1971 novel by William Peter Blatty. It’s a shame since the source material for the best horror movie of all time is terrifying in its own right. The novel, too, follows the priests from their own journeys to Georgetown in order to help Regan with the evil presence inside her. It’s inspired by a real life exorcism, and readers can see that in the way Blatty takes the time to describe scenes and all that Regan goes through during her possession.

Most people would probably believe the novel wouldn’t be as scary as its adaptation due to lack of nightmare-inducing visuals, but reading it can allow you to envision the story and better appreciate the storytelling aspect.

This is another Stephen King classic that can be seen as a masterpiece. King’s strong use of narration in his 1986 lengthy novel helps with showcasing the ongoing themes of fear and loss of innocence. It is a complex narrative since it can be seen as two things. One is a horrific story about Pennywise, an enigmatic entity that uses the fears of its victims against them. Another way to see it is a coming-of-age story about a group of kids relying on one another to face any dangers that come their way. The combined genres make It an interesting read, even if it does take some time to finish it. It’s worth it due to scary scenes placed in unsettling passages and plenty of good character development.

Same cannot be said for either the 1990 TV movie/miniseries or the 2017 movie and its 2019 sequel. They’re good to rely on if you’re looking for decent scares. These adaptations have a reliance on jump scares the way plenty of other horror films have on them. But they’re not entirely dependent on them as they each have good ways to create eerie tension and a chilling atmosphere that result in nightmare-inducing moments. No matter what though, viewers can always look forward to a horrifying, menacing creature to appear. Whether it be Pennywise itself, or another figure that represents someone’s fears.

But as previously stated, that is all that the miniseries and films have going for them since everything else contributes to a flawed story. The effects have not aged well for the 1990 miniseries, and the acting from the adults is bland at best. There was more improvement in the films, but the 2019 sequel had its own disappointing features such as an unnecessarily long runtime that was really only there to show off more CGI scares.

For better action, growth, and horror, one should stick with the novel.