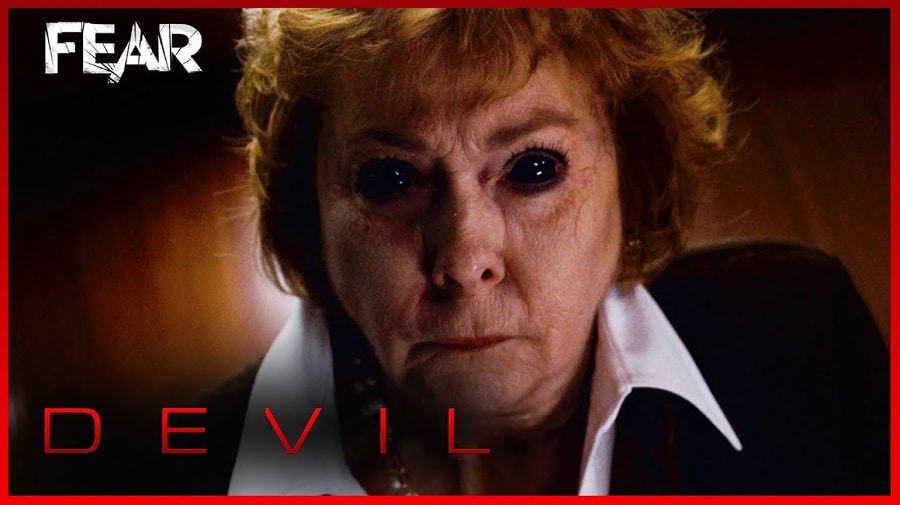 The Devil Shows It’s a Long Way Up…and Down

M. Night Shyamalan prevailed in frightening his audience with limited resources. He did it, of course, by tapping into the human psyche. Who on earth isn’t frightened if an elevator fails on them? Just add an apparent serial killer in close proximity to you, and now you have a recipe for one good scare. Devil isn’t 100% innovative, but it ultimately gives viewers a thrill.

Starting with the characters, there are five complete strangers, one detective — who is an outsider to the situation — and the narrator, who we don’t know until mid-plot. Like a true mastermind of horror, Shyamalan keeps us guessing throughout the entire film. How are these people connected to each other? Is something actually in the elevator or is the killer really one of them?

The cast made the best with what they were given — being that the blueprint of this story is several strangers trapped inside one small space — and they effectively conveyed the growing suspense. Primarily, the actors who portray Tony (Logan Marshall-Green) and Sarah (Bojana Novakovic) naturally shine, since both are basically against each other from the moment they meet.

The actors diligently convey their characters’ paranoid and frightened reactions all in their eyes. It’s similar to the “smiling eyes” saying except Tony, Sarah and the others are obviously not happy in this film. But each reaction in their eyes says it all and is enough to frighten the audience whenever the camera focuses on them; the closer the lens hones in on the fear in their eyes, the audience hangs on the edge of their seats.

The high stakes, however, are the main weapon this movie has. Without them, we wouldn’t feel the urgency in this small trap that is the elevator. As the detective and the audience try to decipher each civilian’s connection to the killings, we easily get distracted by all the increasing suspense. The fire department conveniently can’t chainsaw their way through the wall, the cops can’t read a suspect’s driver’s license nor hear any of them talking inside the elevator, and the building repairman is unable to save them. 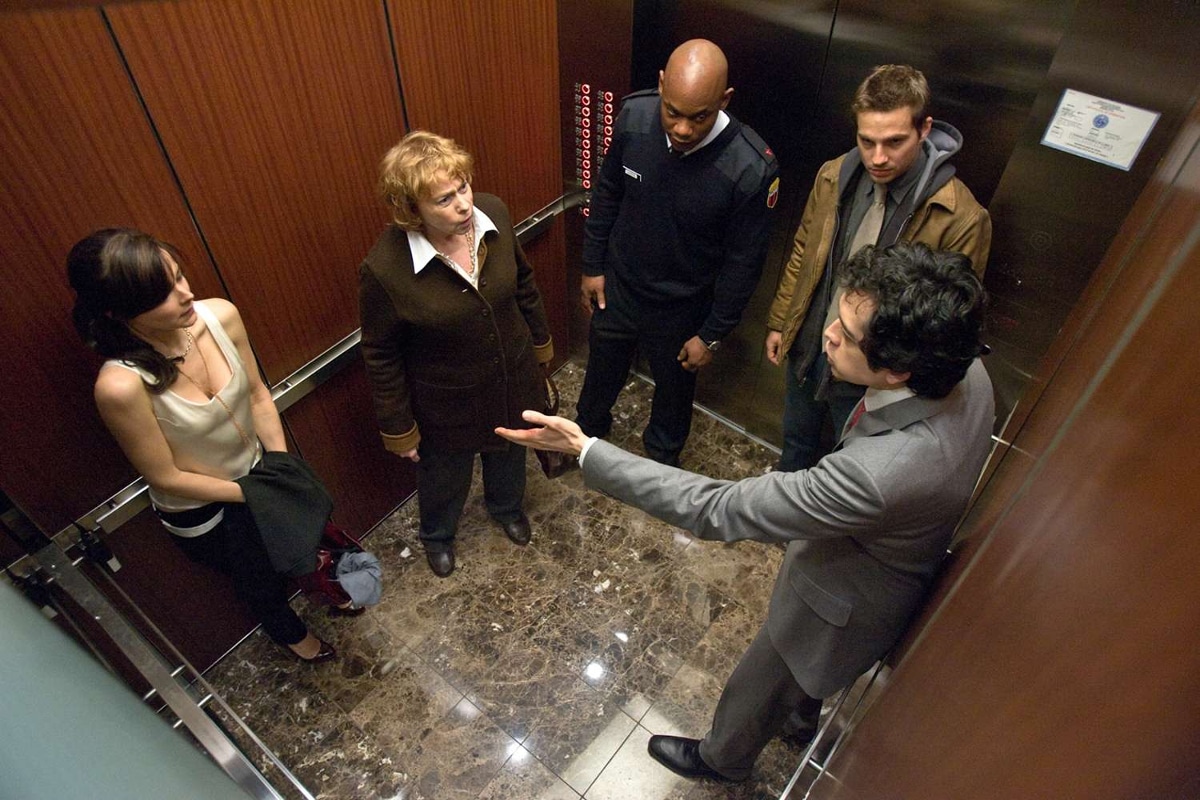 Whenever the lights flicker, we know something is about to happen. But it’s only when the lights go out when we’re left with mystery. For a split second though, we catch a glimpse of an ominous being once Ben (the security guard) uses a lighter to see in the dark. As with many older horror hits, audiences don’t have to see the fear happening in real time; they can use their imagination with the sounds they hear in the darkness.

When the final two characters — Tony and Sarah — face off with each other, holding the broken shards of glass, we feel the intensity reach its peak especially once the old lady awakens with the black, demonic eyes of Satan.

It’s a rare sight to see an elderly character acting as a serial killer. Can you really picture an innocent older person murdering anybody? Well, Shyamalan isn’t afraid to delve into that small possibility. And this certainly wasn’t his only time using age to his advantage. He’s done it with his other film The Visit (2015) and explored it again with Old (2021). But Devil forces us to look at a completely possessed — and possibly nonexistent — woman, who seemed too weak to be able to commit such vile acts. But was it really her physically doing it? Or did the devil just possess her in the end so that Tony could see her in human form?

Yes, the devil says, “Today, I’m an old woman,” and she borrowed Tony’s last name, Janekowski, as a fake name to sign into the building. But don’t forget about the intermittent moments of darkness when the devil could have been masking his true supernatural form. This is precisely how Shyamalan encourages his audience to use its imagination — we’ll never know the answers, but that’s the whole point.

When you’ve reached the end of the film, it feels like you’re coming up for air. Only a true thriller can accomplish that level of intensity. Devil isn’t just a slasher or a supernatural flick; it’s not really a mind boggler either. It’s actually really simple, but the minor details that unravel toward the end ultimately make it complex. 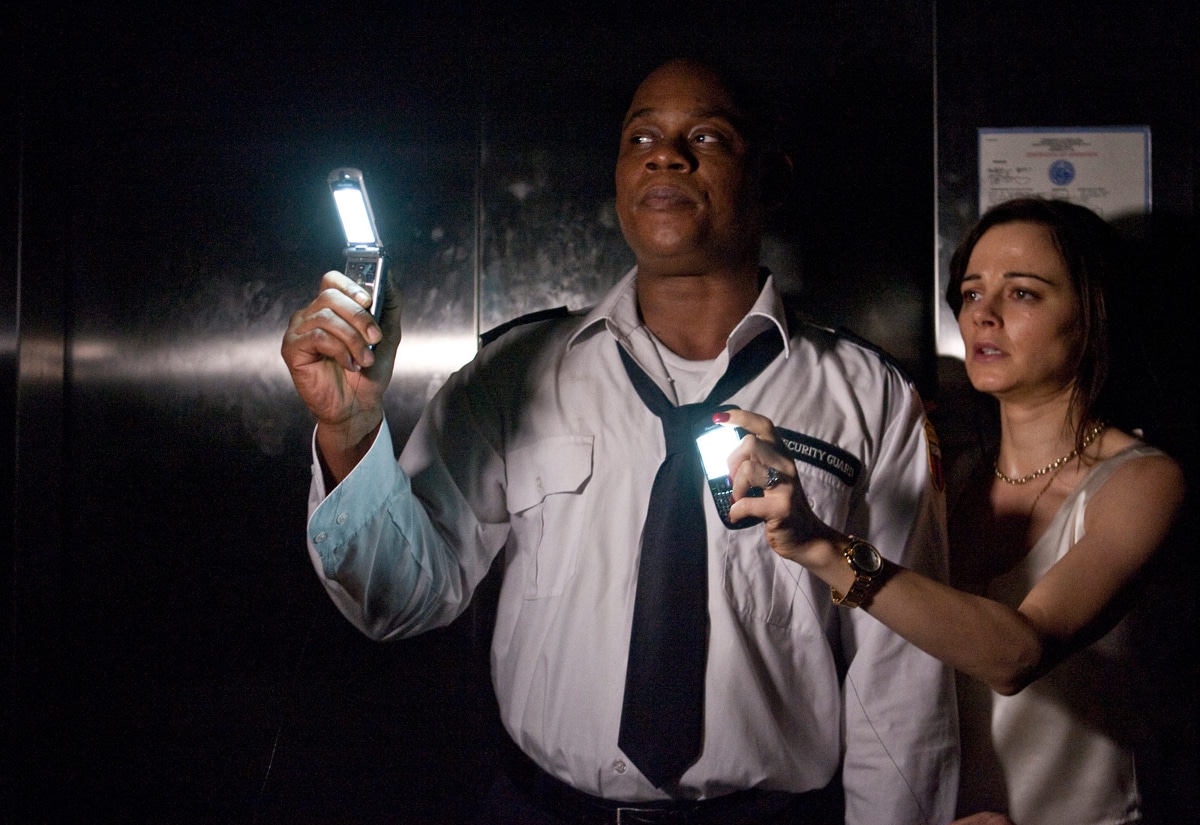