Home > ‘The Winchesters’: Why the Fandom is Opposed

‘The Winchesters’: Why the Fandom is Opposed Nothing in Supernatural Ever Really Ends, Does It?

Carry on? When Jensen Ackles announced the Supernatural prequel, The Winchesters, was given the green light, fans weren’t so sure how to feel about it. Now that the trailer is out in the open, at least half of the fandom isn’t too excited about it.

The Winchesters will follow Sam and Dean’s parents, John and Mary. The synopsis explains this will unravel the “epic untold love story of how John met Mary and how they put it all on the line to not only save their love, but the entire world.”

After 15 years of what’s arguably The CW’s greatest series ever, viewers cried at Supernatural’s heartbreaking yet beautiful finale. While most struggled to accept that it ended, fans kept the spark alive after the show’s 2020 conclusion by streaming all 15 seasons on Netflix and, of course, watching week day reruns on TNT.

Now that the prequel is officially going to happen, a portion of the SPN family has voiced their concerns because it tells a story that challenges most of what Supernatural had built.

“A cool idea but doesn’t go with the original story,” a second Instagram user weighed in, adding, “It seems like just another not great spin off [sic].”

Many others also reacted to the trailer on The CW’s YouTube channel.

“See, I honestly think this would be a good standalone series (which I will pretend it is in my head), but as a prequel, some things are confusing,” one person said, meanwhile others pitched other storyline ideas.

“Seriously would have liked to see a series of Sam and Dean younger, growing up, how they became hunters,” a separate fan chimed in.

Aside from the plot as a whole, some ultimately don’t want a show without the original characters, with one fan commenting, “the vibes [don’t] feel the same without the brothers.” As true fans recall, Mary was a skilled hunter for most of her life prior to starting a relationship with John. This, however, was not discovered until season four, episode three, “In the Beginning,” when Dean is transported back to 1978 and meets young John and Mary. Dean is again brought back in season five, episode 13, “The Song Remains the Same.”

Before all of this though, Dean and Sam thought John was the only hunter in the family, but we quickly discover that Mary and the Campbells were the first and that she made a deal with Azazel (a.k.a Yellow Eyes) in order to save John. This leads to Azazel invading Sam’s nursery on November 2, 1983, causing the boys to embark on their lifelong quest on “saving people and hunting things — the family business.”

The plot of The Winchesters contradicts this setup between John and Mary, as the show is expected to include monster battles between the two. That never happened in the original Supernatural universe (or at least the main one, not the alternate universes that were introduced in later seasons).

The only time they were ever technically hunters together is when John is resurrected in season 14, episode 13, “Lebanon” and briefly reunites with Mary, whom he said “goodbye” to long ago after Azazel killed her. And they’re not even shown discussing hunter life. They, instead, have the sweetest family dinner with their boys only to have to send John back to the time he came from.

While countless fans expressed their grievances about the prequel, others want to give it a shot because, after all, “nothing [in Supernatural] ever really ends, does it?” Viewers will just have to wait until this fall and see how The Winchesters pays tribute to its predecessor. 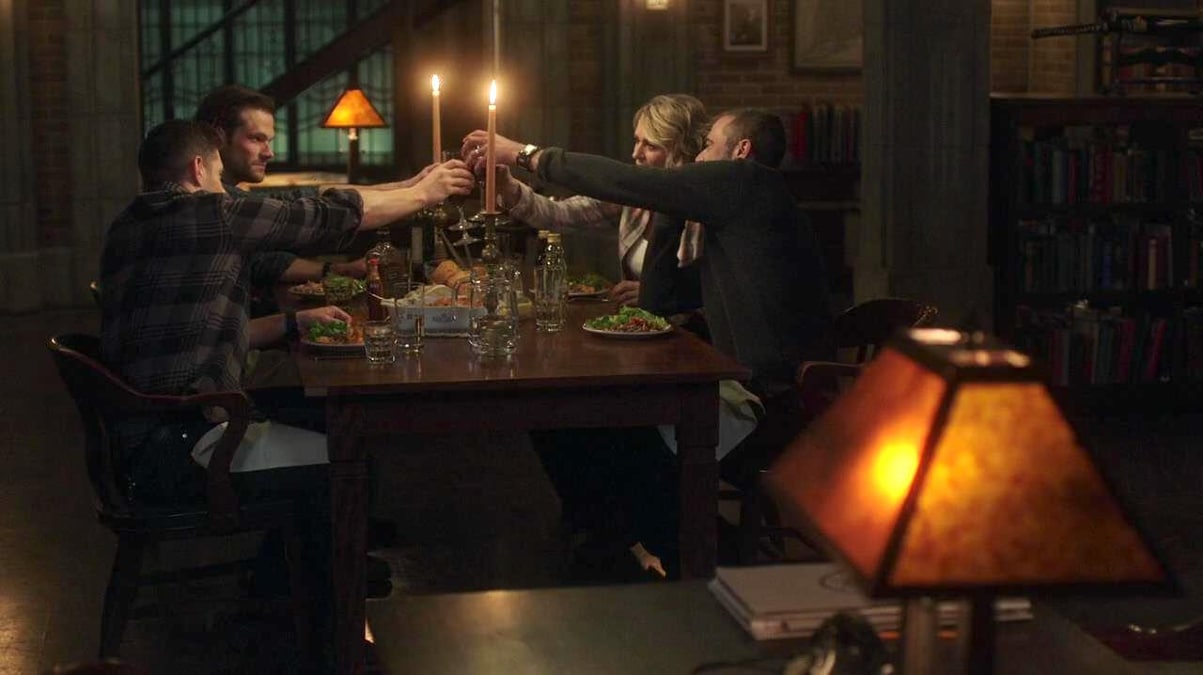 The Accomplished Career of Bruce Willis Victoria Pedretti is one of the fastest rising stars on television today and has made a home for herself on Netflix.