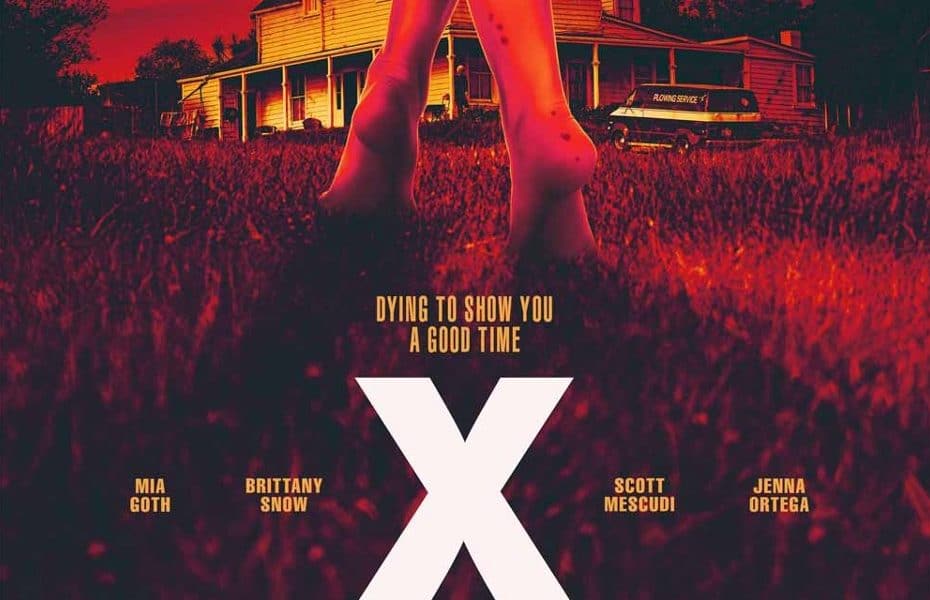 X follows a group of young filmmakers from rural Texas in 1979 who set out to make one of the best and most meaningful adult films.

I liked X. Firstly, the casting is excellent. I knew Brittany Snow from the Pitch Perfect franchise, so it was fun watching her as Bobby-Lynne. Jenna Ortega was great as well and is really cementing herself as a modern scream queen. Kid Cudi and Mia Goth are also fun to watch and Mia Goth steals the show as Maxine.

The sound design and cinematography are top notch. Everything sounds great and looks phenomenal. There are many very well done visuals and establishing shots throughout the film that help tell the story visually and build tension. The framing of characters and the use of lighting and shadows is unique, but definitely feels like a slasher film. X is full of amazing, creepy, and sometimes gross aesthetics. Also, the film feels as if it is paying homage to the other slasher movies from the time that it is set in through the visuals and even plot set up. Notably, The Texas Chainsaw Massacre. It takes place in Texas around the same time and there is even a very similar shot to where the cast is in the van.

This being an A24 production, there are some interesting topics and themes explored in extremely creative ways that stuck with me for a while after I watched X. The themes that stood out the most were the fear of growing old, regret, and the idea that people can enjoy more pulpy entertainment, especially when the creators are very passionate and care about their audience. Something else about X that I did not expect was just how sad it was at certain points. Taking away the stylization and kills, this is a somewhat more raw and emotional story that touches on very valid human fears and ideas.

A scene that really stuck with me on a visceral and relatable level was when Bobby Lynne sings a specific song in a particular scene, which I will not spoil, but urge you to watch.

The editing in X is very stylistic but it suits the movie well. There are many cool cutaways and, it being a slasher, some great kills and very well done visual effects. Adding on to the stylistic editing, the music and soundtrack add to the ambiance. It really makes you feel like you are in Texas with the film crew, but has an underlying feeling of dread. The music sounds like a throwback to the era X is set in and captures the emotion of the film, fits the overall tone of the movie perfectly, and encapsulates the action on screen.

Overall, X is a great addition to the A24 universe. It is also a great throwback slasher with much deeper context, layers, and themes that will stick with you days after viewing. With all that being said, I would recommend that if graphic nudity or more mature themes about aging in particular are not your cup of tea, skip this one. X is available on Amazon Prime or in theaters. 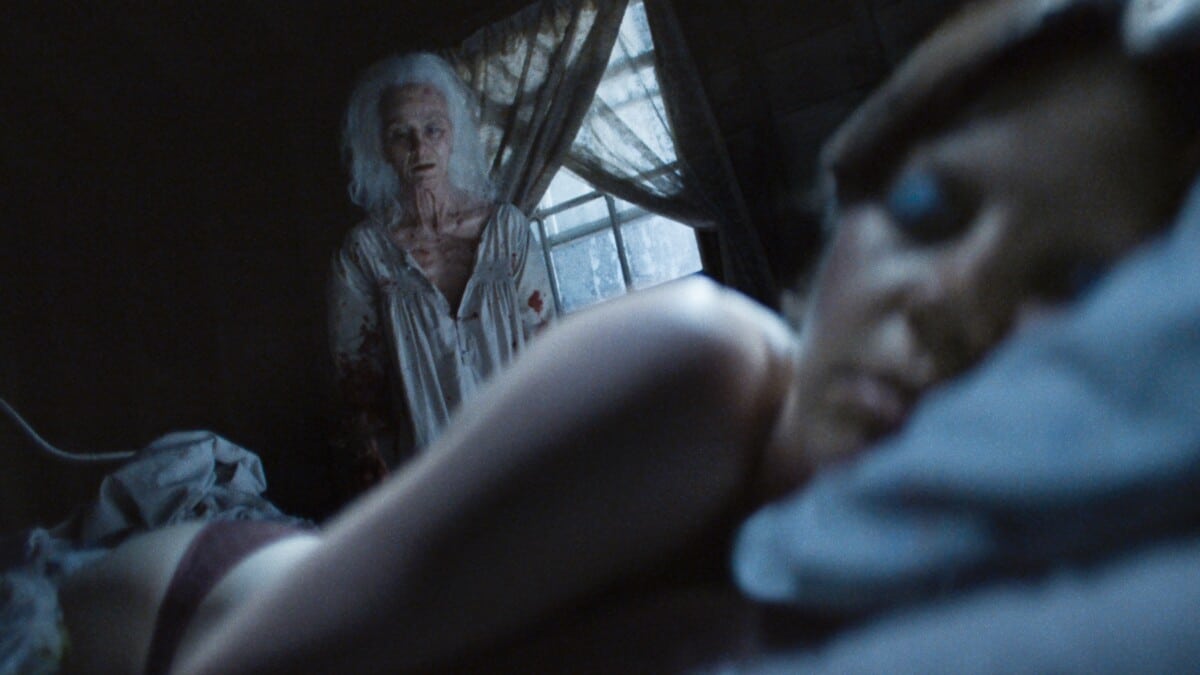