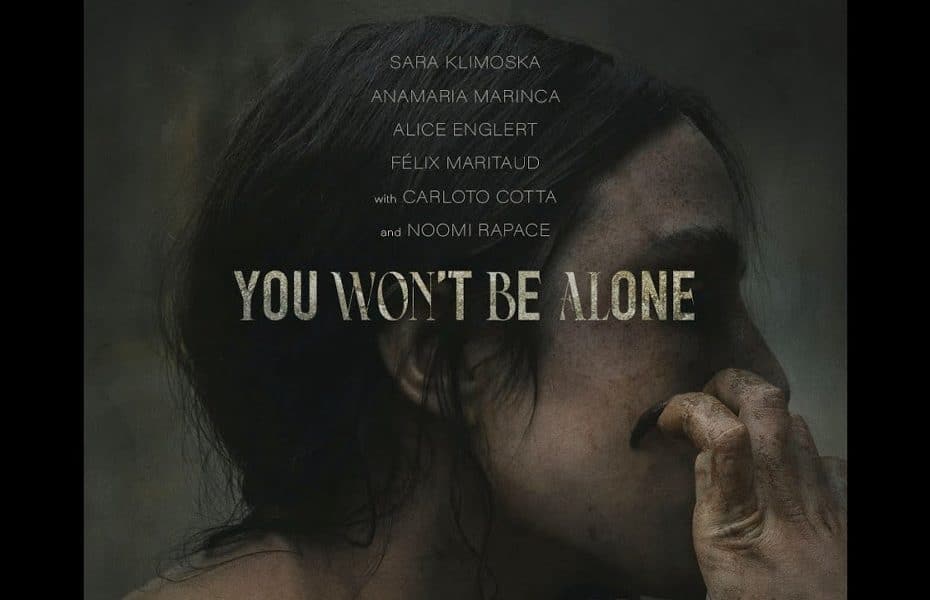 "The Little Mermaid" Re-Written... With Witches?

The Little Mermaid re-written — with witches? You Won’t Be Alone is possibly one of the most beautiful but dull horror movies I have seen to date. The story follows a young girl named Nevena who has grown up in 19th Century Macedonia under the guise of Old Maid Maria, a witch whom her mother promised Nevena to when she was a baby. Living in isolation until her teenage years has taken a toll on Nevena’s ability to interact and function as an ordinary human. Through her journey of shapeshifting into multiple people, she gradually learns her place in the world and how to find peace.

The story is beautiful in its own bloody, fairy-tale light, and pulls at the heartstrings more than it plays with our nerves. It does not need long to put us in a happy medium of drama, angst, and fluff. Notice I did not say fear. I would pride this film on its actors and how the multiple actors (including a very cute dog) who play Nevena each take on the role while still trying to maintain the child-like curiosity and oddity that the main character exudes.

However, as its trailers would suggest, You Won’t Be Alone is not half the thriller or the stress-inducing film it wants to be. I felt as though I was not in any rush to find out if Nevena can be accepted by the human world, even though I had anticipation of a bleak ending. Everything is taken with a grain of salt in the first thirty minutes, where Old Maid Maria tries incredibly hard to teach an uncultured Nevena how being a witch, or “Wolf Eateress”, works.

Through that, loneliness seems to be the main lesson, and I got that within half the time. I can also appreciate the sprinkled-in bits of history and cultural references from this time period. It does help sell the ambiguity of what is to come about halfway through. The first-person point of view is also used religiously throughout the film, so if shaky cameras or tight shots are not your thing, you will have to skip through most of the overplayed montages and artistic points of this movie.

With that being said, there is a high degree of beautiful scenery and shots that would make a great basis for calling this a twisted remake with the framework of The Little Mermaid story. Ultimately, with Nevena and Old Maid Maria’s main power being that of shapeshifting, it is only bound to last so long. Therefore, the stress of pretending to be something you’re not without other people getting to know who you really are drives the whole plot. Other than what I have shared here, there is nothing that would truly make me want to give this film another go if it came up on my recommended page.

You Won’t Be Alone is still new to theaters, but you can find it on streaming platforms that cater to at-home theater features on their channels.