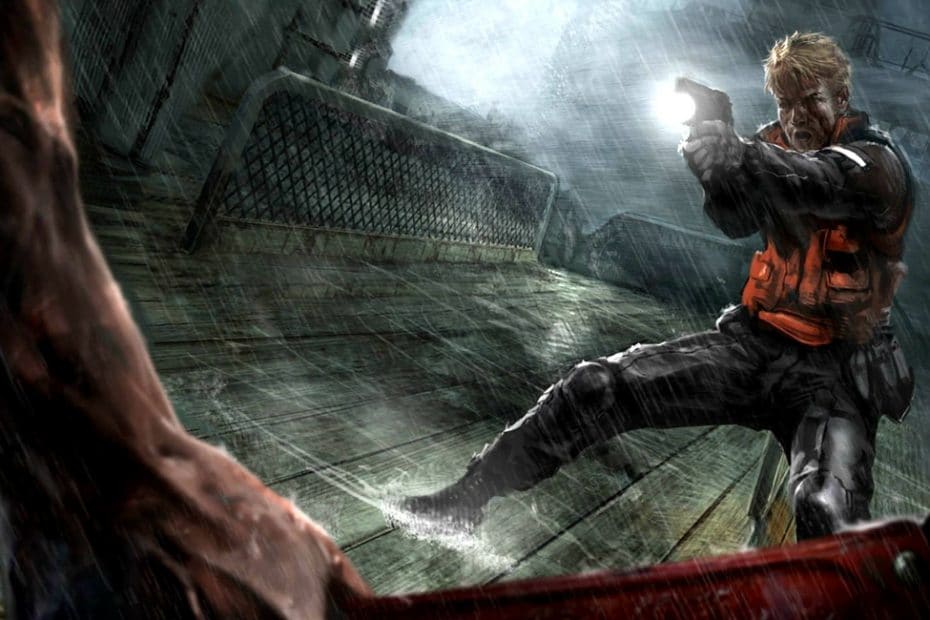 Face an Unknown Threat on a Derelict Boat

In 2005, the commercial success of Resident Evil 4 and the over-the-shoulder POV inspired a new style and perspective in survival horror video games. It also meant that many games could be made in this new style and design. One of them was Ubisoft’s Cold Fear, a game that plays like Resident Evil 4 but on a boat. The game was made and developed the same time Resident Evil 4 was released and as a result some of its similarities were a mix of inspiration and coincidence.

The story of Cold Fear follows Tom Hansen, a coast guard for the U.S. that went to assist on a situation with a Russian Whaling ship. The situation rapidly deteriorated as it’s revealed that a mysterious parasite known as the exocels found its way on the whaler and infested the crew, turning them into zombie-like hosts that attack anyone in their wake. Tom is tasked to uncover the mystery of the exocel while looking for survivors within the ship.

The story also features a stereotypical movie style conspiracy between the CIA and the Russian Mafia that experimented with the parasites in a similar vein to the Resident Evil series.

The gameplay of Cold Fear is surprisingly a hybrid between the classic Resident Evil style and the new style introduced in Resident Evil 4. Depending entirely on player preference, the game can be fixed camera angles with static aiming or 3rd person over-the-shoulder, or even a mix of both depending on combat. Having this option brings the nostalgic feeling of playing those others while keeping it open to the new play style of the time.

Item management, a key component in Survival Horror, is non-existent. Without an item box or a way to store supplies, every health item found is used instantly to replenish any lost health. Ammo can’t be stored either, instead only the max capacity of the gun ammo can be carried. Like Resident Evil 4, ammo and health items have a chance to be dropped by enemies after a kill, encouraging frequent combat instead of trying to avoid threats.

These differences are considered major deviations from the classic survival horror formula and leans more into action horror with minor survival elements. 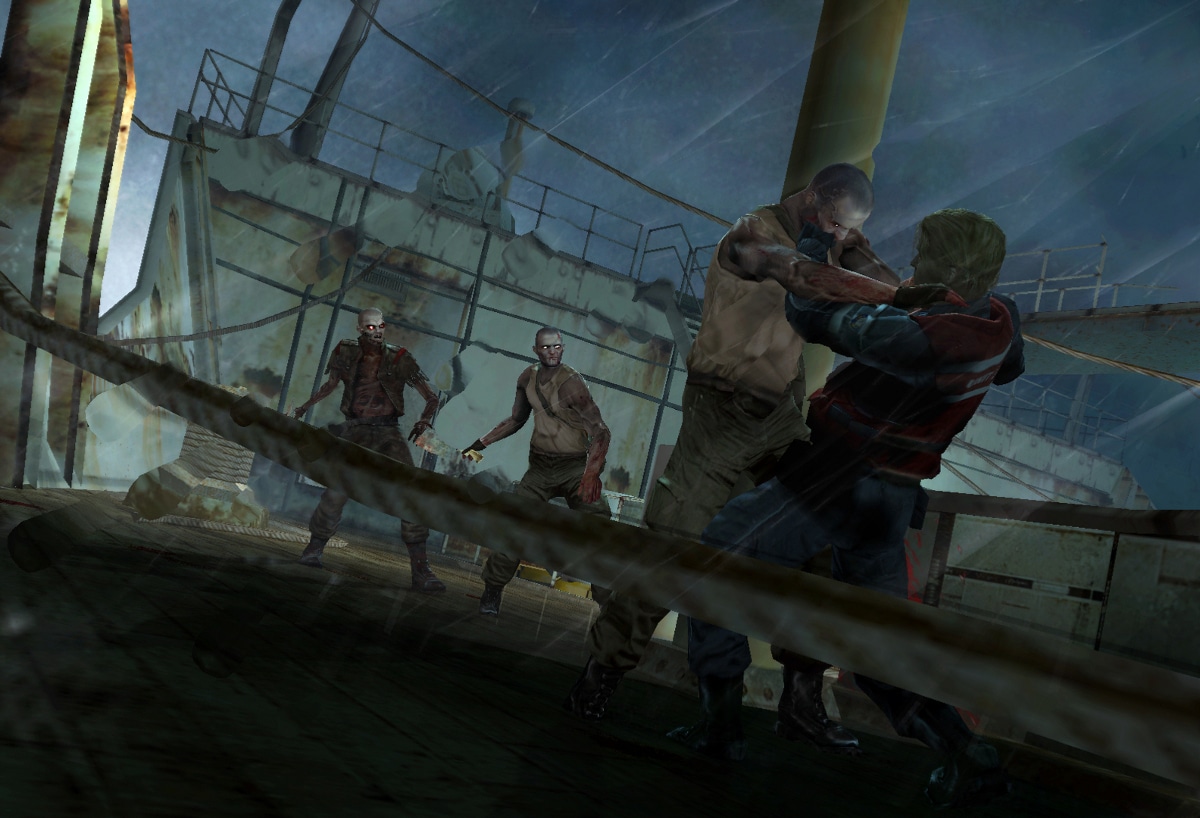 A unique feature that earns decent points in realism is the attention to detail to the flow of the ocean. When Tom Hansen is navigating the Whaler ship in the first half of the game, the boat constantly moves and sways, affecting the amount of control players have when navigating the ship.

There are points where players have to time their movements and watch their “resistance” meter to avoid getting hit by a wave and thrown overboard. To elevate the realism both Tom and the enemies on the ship have several hundred animation cues and motions to respond to the many different elements in the stormy environment.

Despite the amazing attention to detail, this is only felt in the first half of the game. Once the setting changes in the second half what made this game unique loses focus and the story gets rushed to a conclusion. Many of the game’s features are similar to Resident Evil 4 from Tom Hansen’s appearance being nearly identical to Leon Kennedy to how the exocel look like the las plagas.

Their situations also compare when Tom gets infected by the exocel and spends the final few levels getting a cure like Leon’s situation with the plagas parasite.

Cold Fear is half a good game and half a rushed game. A lot of work was put into the establishing moments of the game including the realistic sway of the ship and the initial reveal of the ship. But the game suffers pacing issues and the second half drags its feet and concludes the game pretty quickly. Dispatching enemies isn’t too difficult and the initial fear and suspense diminishes as Tom gathers stronger weapons.

Cold Fear is available to purchase on PC in the Steam store for $10.00. A very decent price for the amount of content and it’s compatible with controller and keyboard inputs.

Cold Fear is definitely worth a shot for the price offered and the first part of the game is very well done in spite of how it ended up and is worth the buy to anyone who’s a fan of the survival horror genre or wants to play more games like Resident Evil. 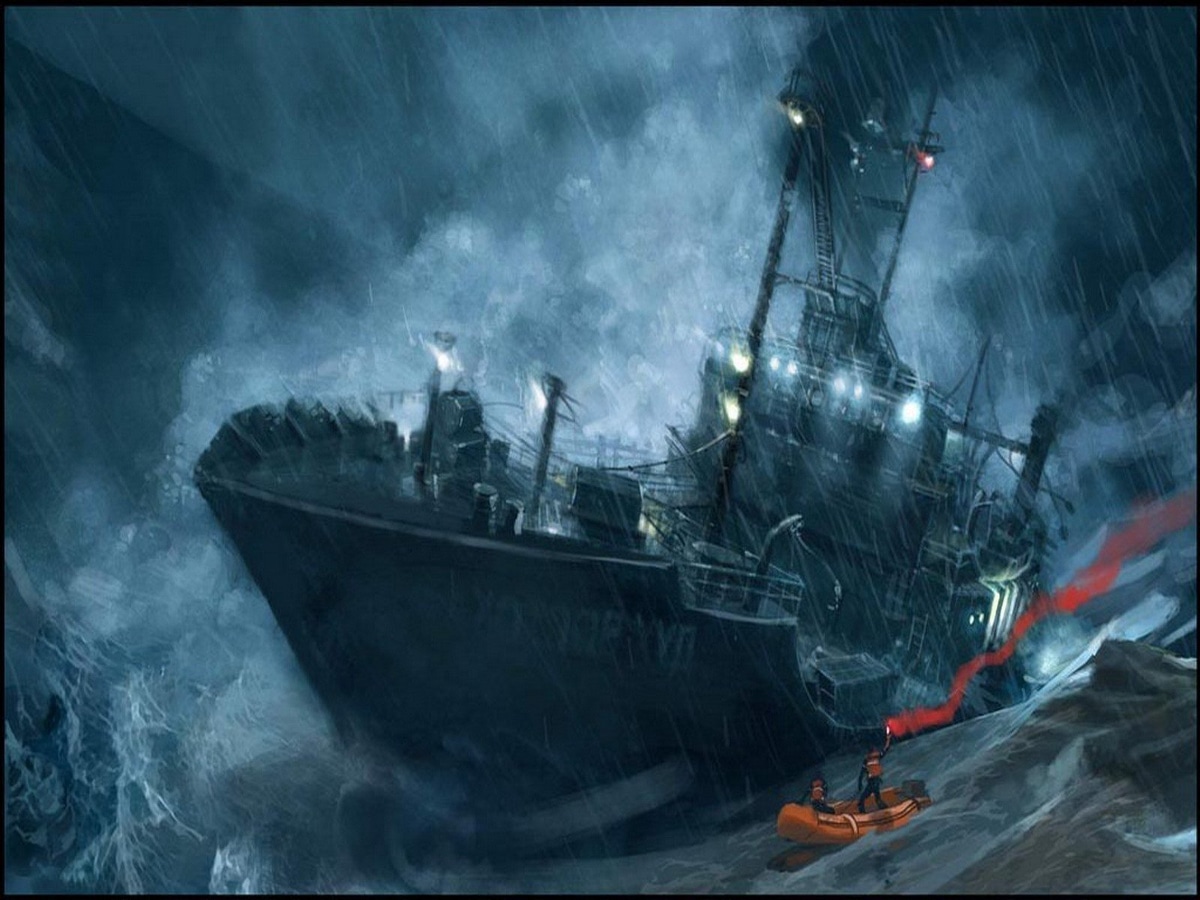