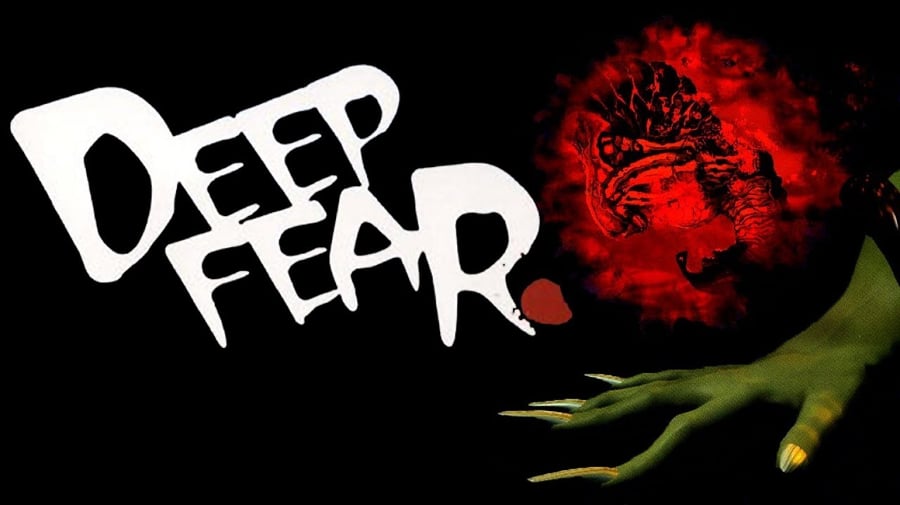 In 1998, Sega made their own version of Capcom’s Resident Evil named Deep Fear. Released on the Sega Saturn, Deep Fear was one of the oldest survival horror games to be compared to Resident Evil. Both games have a similar style and gameplay loop from conserving ammunition to exploring the environment for key items. Enemies are humans or creatures affected by an experiment and are better avoided than fought unless players have enough ammo.

The story of Deep Fear follows the journey of John Mayor, an ex-Navy seal who’s in a contract with the Emergency Rescue Services on the Big Table, a massive facility 300 meters under the surface of the Pacific Ocean. Some time ago a space capsule carrying the mysterious parasite cell landed by the Big Table and many crew members exposed to it mutated into horrifying half human monsters. The rest of the story follows John Mayor trying to solve this grisly mystery while keeping people safe from the mutants.

The basic setup of the game is a lot like Resident Evil from government conspiracies to files on biological research like flesh out the backstory of the game. The monster designs were creative, made by Yasushi Nirasawa, who has worked on Kamen Rider and Guyver. His design style in making multi-armed and asymmetrical humanoid monsters was used for the creatures in Deep Fear. Many of the monster designs incorporate the features of deep sea creatures like crustaceans and fish. While it has obvious parallels to Resident Evil, Deep Fear is considered a jankier, less polished version of the popular series with several mechanics unique to itself. Aiming weapons can be done while moving, which wasn’t done in Resident Evil at the time. This makes navigating and evading monsters while attacking easier and adds an action flare to the game. One of Deep Fear’s key features is oxygen. There are areas across the Big Table where oxygen levels are lower than normal, resulting in John needing a breathing mask or using air grenades to increase the oxygen levels in the room.

Deep Fear has very campy dialogue reminiscent of the infamous voice acting in the first Resident Evil. There are many cutscenes throughout the game that take the tension and atmosphere and throw it out the window with how silly the lines and deliveries are. Although the dialogue is funny and bad, the soundtrack makes up for it by being very atmospheric and lends to the tragic moments that happen throughout the story.

There have been many Resident Evil copycats throughout the years, even games that are inspired but go the other direction. Deep Fear can be argued as an in between, taking obvious cues of game design from Resident Evil and making things different due to the underwater setting. Deep Fear’s gameplay is overall very janky and despite its classic sensibility is only a rental unless fans of the genre want to collect.

To experience the humorous dialogue and compelling story, there are many videos on YouTube that cover Deep Fear and allow viewers to get swept into the undersea terror. Get Ready for the Return of Squid Games!

previousSeparation (2021): A Review
nextSeason Three of Evil Now on Paramount!