Home > The History of Practical Effects

The History of Practical Effects What makes a great horror movie are the effects and makeup artists behind the camera. Convincing and impactful horror scenes need to be felt by viewers and audience members so practical techniques from makeup to animatronics are utilized to make anything from a monster to an injury look convincing. Throughout the history of cinema practical effects have developed, evolved, and at one point got replaced for digital shots before coming back due to its profound impact in the medium.

The man who pioneered the use of practical effects was Lon Chaney. Known as “the man with a thousand faces”, he portrayed many characters with facial makeup from  The Hunchback of Notre Dame (1923) to Phantom of the Opera (1925). His techniques would inspire the creation of the Universal Monster films including Frankenstein who was portrayed by Boris Karloff. In the 1920s-1940s many horror monsters like the werewolf and Nosferatu were basically suit actors or heavy makeup effects.

Practical effects in horror films have done so much to create a feeling of realism in their scenes. One example for the impactful use of these effects is the transformation sequence from The American Werewolf in London (1981) where you see the morphing animatronic of Jack painfully becoming the werewolf. Horrifying transformations and monstrous visuals were also iconic in John Carpenter’s The Thing (1982) where the practical effects were all done with incredibly detailed animatronics that constantly change and shift its shape, design, and even size, showing the alien’s unique abilities.

Practical effects in films do more than just make a scene look real, they are an essential tool to give actors an idea of how the scene should play out. One of the best examples of an actor’s genuine reaction in a horror film was the chest-burster scene in Alien (1979). The effects used for the first chest-burster scene was done so well that the actor’s genuine shock reflected how the audience would’ve felt. As digital technology evolved practical effects were either equally utilized or phased out.

With the success of films like Jurassic Park, many movies that feature monsters have blended CGI with practical effects from animatronics to detailed puppets. These effects can work effectively in action and adventure films but in horror it’s complicated. Horror films are generally subtle with a lurking feeling that gives a sense of dread. CGI often defeats this feeling as it turns what was meant to be a suspenseful situation in a film into a spectacle that shows off too much of the creature. A film that suffers this distinction is the 2011 film The Thing directed by Matthijs van Heijningen. Although the film was originally filmed with many animatronic scenarios like John Carpenter’s film, The studio pushed for the practical effects to be digitally replaced for CGI sequences. One of the few practical effects that remained untouched was the autopsy scene. This consequently affected the film’s tension and while the creatures looked impressive, the fear factor and impact was taken away and the suspense was diminished as a result.

CGI can’t replace the realism and subtlety possible with practical effects, but due to studio pressure in the early 2000s and 2010s, many filmmakers overuse CGI effects especially in monster movies to a fault. Independent filmmakers have created their own horror films that deviate from CGI and recreate the use of practical effects. Harbinger Down was created by Amalgamated Dynamics, the same team that worked on The Thing in 2011. When their work was replaced by CGI in post production, they were inspired to make their own version of The Thing dominated by practical effects and the techniques that made them effective.

In the late 2010s to early 2020s, many films like Harbinger Down have been released and made with practical effects being dominant in the horror films once more. In 2016 a Lovecraftian horror film named The Void used animatronics purely for the monsters and gore on display and the dark lighting paired well with the obscure camera angles to make the scenes effective. It also helps that the animatronics can articulate in a wide range of motion.

Throughout the years Guillermo Del Toro showcased many horror films that have very well designed practical effects for the set designs and the creature animatronics. Examples of his best work are Pan’s Labyrinth, Hell Boy, and Scary Stories to Tell in the Dark. Even in his more CGI focused films like Pacific Rim, the focus of practical effects go straight to the detailed set designs of the locations and areas of the film.

Horror is a genre that works best when it plays on the “real” feeling of fear and suspense. When you see an animatronic of a monster looming over an actor, it’s scary because it’s really there and actors have a grasp on how threatening it is. CGI may have made things easier to animate and move but it comes with the price of genuine reactions. It works best when you have actors actually acting with the creature than pretending it’s there and letting the digital effects work around them. 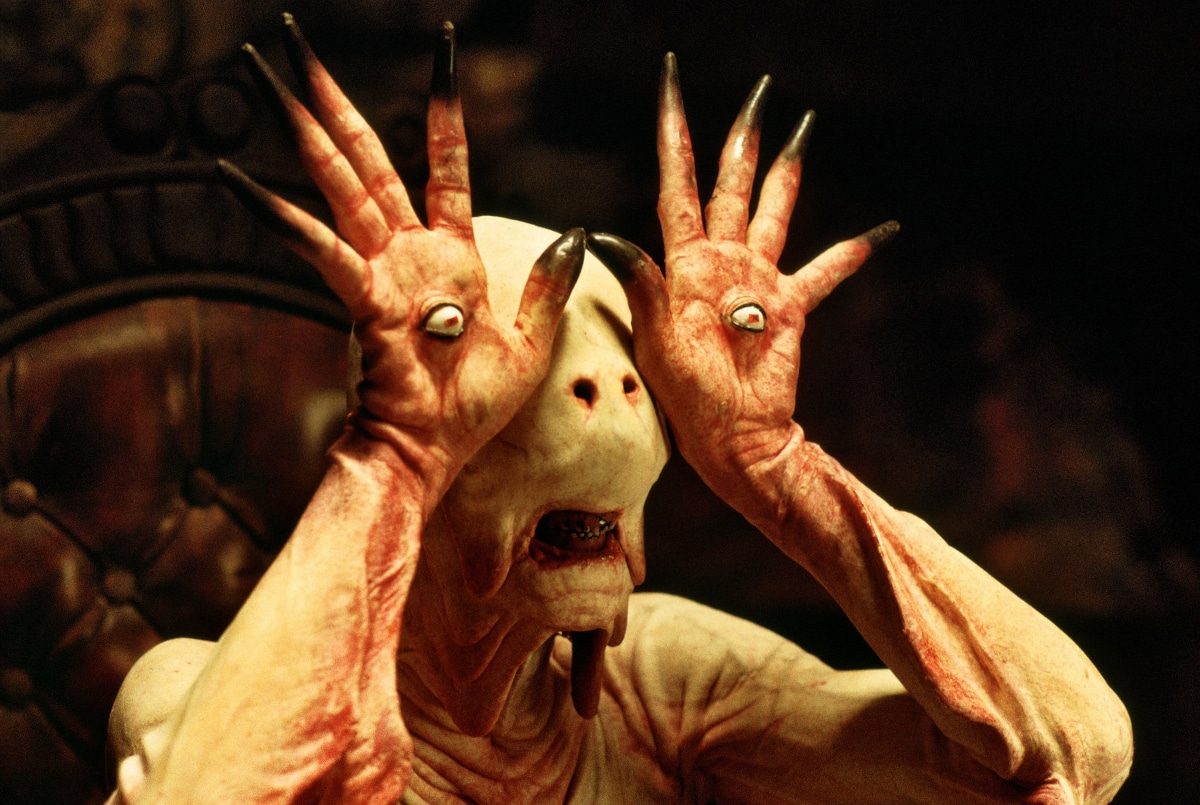