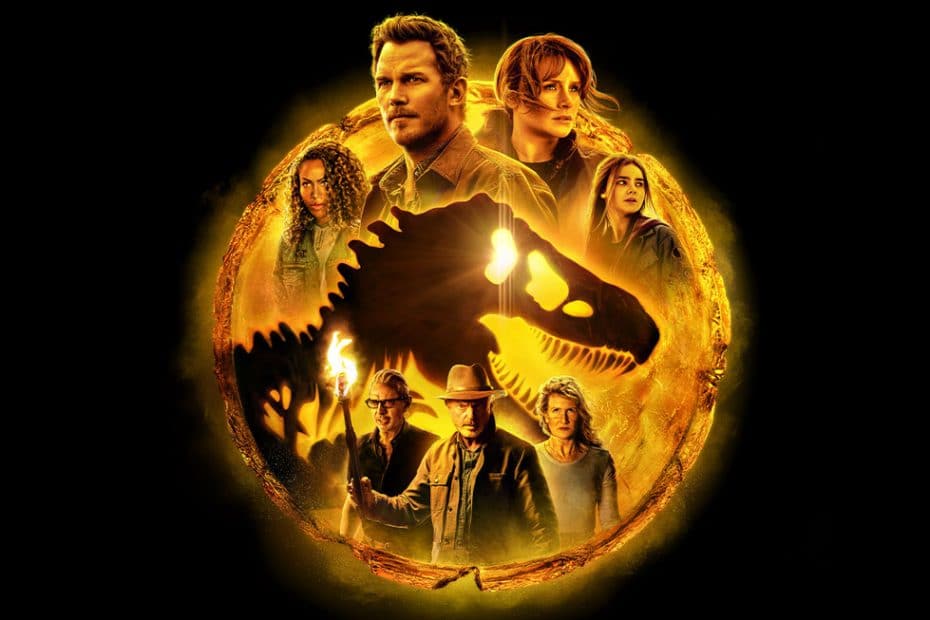 Welcome Back to Jurassic World, Where Dinosaurs are Loose Across the Globe

Jurassic World Dominion Is the third and final film in the Jurassic World trilogy and the conclusion of the storyline that began in the original Jurassic Park series. Released in June 10 2022 by director Colin Trevorrow, the film takes place several years after the events of Jurassic World Fallen Kingdom as dinosaurs began living in the wild across the world. Trevorrow brought back the original actors Sam Neil, Laura Dern, and Jeff Goldblum as Dr Alan Grant, Dr Sattler, and Ian Malcom with Chris Pratt and Bryce Dallas Howard returning as Owen Grady and Claire Dearing respectively from the previous Jurassic World films.

Jurassic Park as a franchise started its cinematic journey in 1993 with the original film following Isla Nublar, an island bought by John Hammond to make a theme park around dinosaurs cloned from DNA taken out of amber. Nedry, one of his employees, was bribed to sabotage the park, causing the dinosaurs to run rampant on the island.  Many iconic film moments were in this movie like the T-rex breakout and the velociraptor hunt.

Years after the events of Jurassic Park, the dinosaurs now live isolated from the world on Isla Sorna, also known as Site B. However, a team of mercenaries hired by Ingen got on the island to capture some of the dinosaurs to take to a new zoo-like site on the mainland. In the end a captured Tyrannosaurus rampaged in San Diego before being taken back to the island by Malcom.

By the events of Jurassic Park 3, the islands are isolated from the outside world. Alan Grant was brought into Isla Sorna when a divorced couple needed his help to rescue their son on the island. The series became more known for the dinosaurs shown like Spinosaurus, a massive predator that outstaged the Tyrannosaurus in the film. The film also introduced a new breed of intelligent velociraptors and abandoned facilities that allude to many possible dinosaur experiments.

The first Jurassic World is set 14 years after Jurassic Park 3 and follows a theme park built in Isla Nublar by Masrani after John Hammond’s passing. At some point in a time gap between films, a new park was made and by the beginning of the film everyone in the world is acclimated to a dinosaur park. The film’s events cover the downfall of the park when the Indominus Rex, a genetic hybrid dinosaur wrecked havoc before facing off the original Tyrannosaurus and a pack of velociraptors trained by Owen Grady with Blue being the main one. 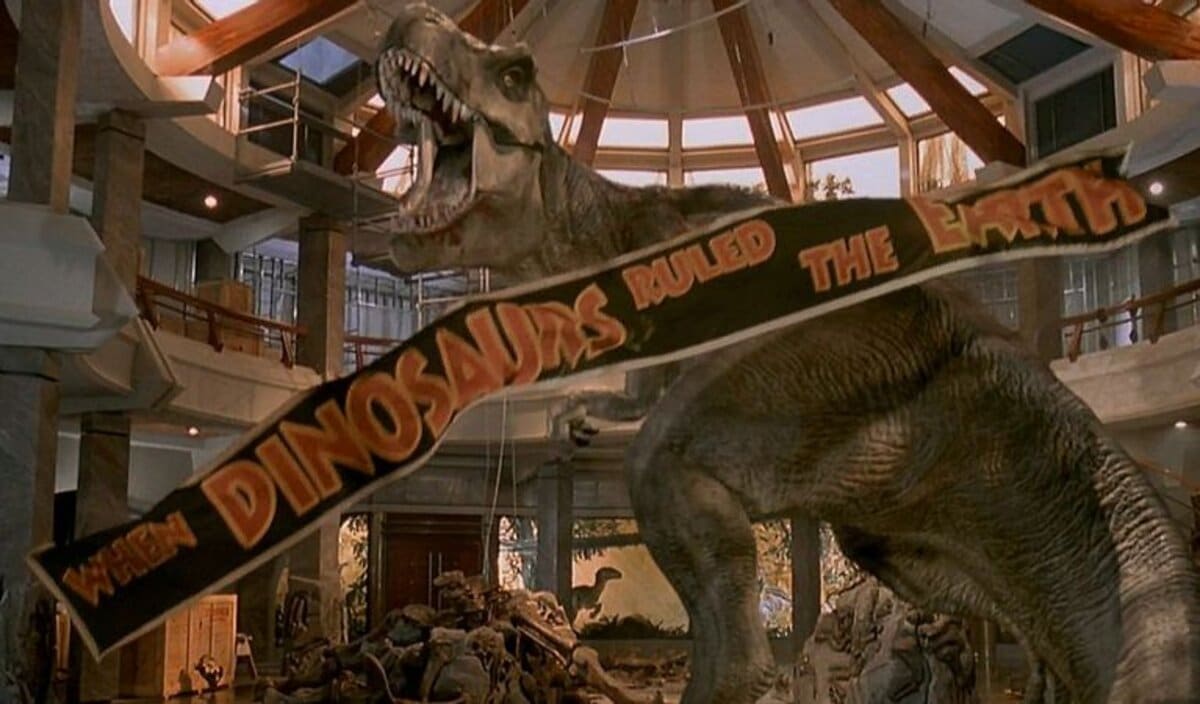 Following the downfall of Jurassic World and the evacuation of the island, Claire Dearing, who was a manager for the park became an advocate for dinosaur protection during the events of Jurassic World Fallen Kingdom. Three years after the closure of Jurassic World, a volcanic eruption threatens to wipe out the dinosaurs, compelling Claire and Owen to save them. After the film’s antagonists decided to sell the surviving dinosaurs in an auction house, Owen and Claire broke some of the dinosaurs out. Thus results in a majority of the creatures escaping into the wild. This change of premise and setting continues in Jurassic World Dominion.

The Jurassic Park franchise brought dinosaurs to life in a way no one has seen before by revolutionizing how computer animation is used in film and combining them with practical animatronics. This made the dinosaur action impactful and intense. A major criticism in the previous Jurassic World films is the lack of practical effects compared to the previous trilogy, instead the CGI is over saturated as the main effect. Jurassic World Dominion brings by the art of showcasing practical effects with CGI and a majority of scenes throughout the film show animatronic dinosaurs interacting with actors. This combination of effects fleshes out the dinosaur sequences.

Story wise Jurassic World Dominion suffers the same pitfalls that’s common in the series. The antagonists do something bad, our heroes call them out for it, they don’t learn and get eaten. The premise of dinosaurs living in the wild is an interesting concept and gives off the feeling of a “Jurassic World” where humans are forced to deal with dinosaurs. By the end of the film the base premise still stands but leaves the series open to continuations or spin-offs.

Jurassic World Dominion is a fun matinee watch for the franchise and concludes the base story while leaving things open to new ideas and concepts. The execution for the story is a mix between lackluster and surprisingly entertaining with several suspenseful sequences in between. The world is still dealing with dinosaurs integrating with other animals. What can be created in this new world is unlimited potential that hopefully other story tellers will create. 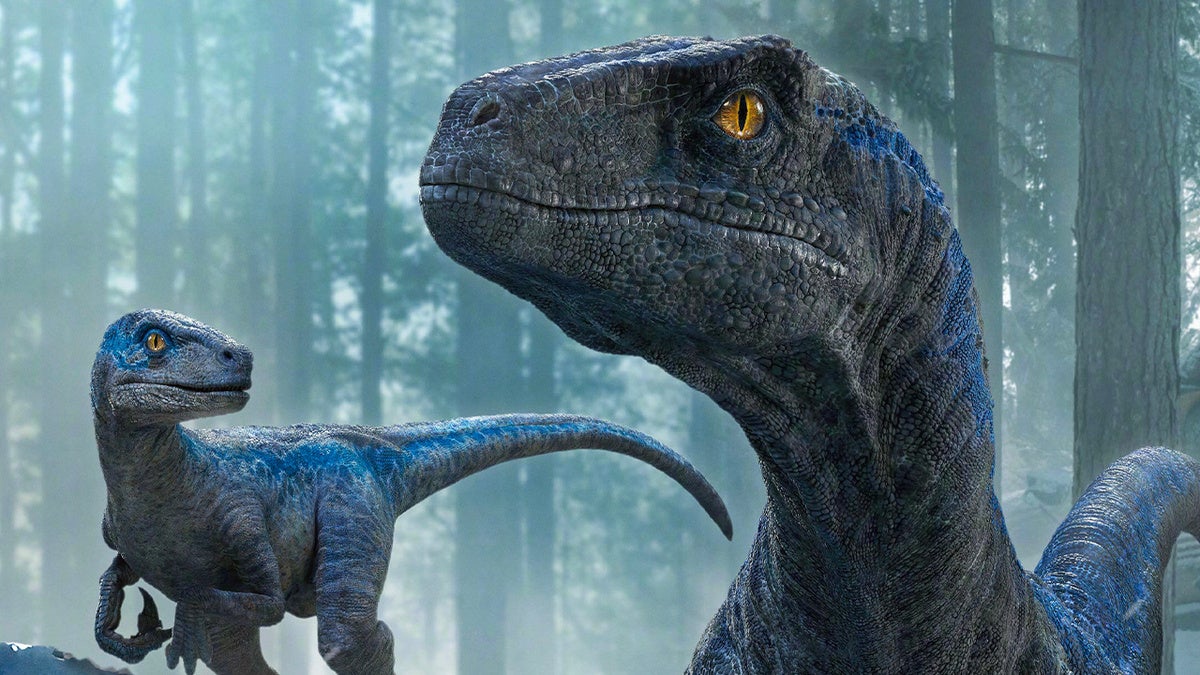