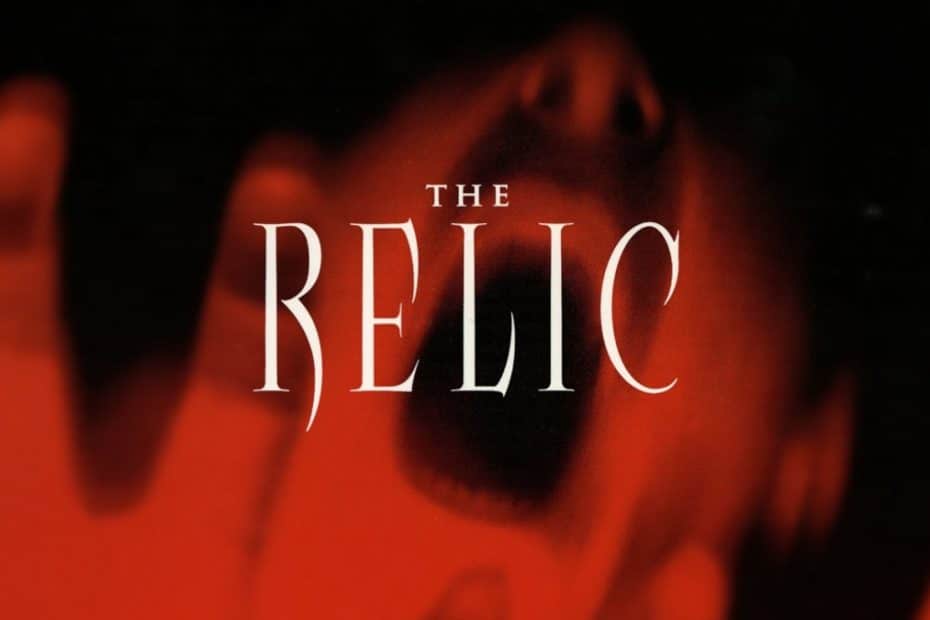 Monstrous Terror Hunting in the Hallowed Halls of a Museum

The Relic was a creature-feature horror film from 1997 that took place in the Chicago Field Museum. Based on a book of the same name, it was originally going to be filmed and set in the American Museum of Natural History in New York, but fear that children would get scared from coming to the Field Museum to offer their location for the film. The museum was intrigued by the premise and thought the film would bring attention to their museum.

The cast of The Relic include Penelope Ann Miller as the museum’s evolutionary biologist Margo Green, Tom Sizemore as the superstitious police detective Lt Vincent among other notable actors of the 90s like Linda Hurt and Clayton Rohner. The monster design and practical effects were done by special effects legend Stan Winston, who has applied his artistry and design on the predators, aliens, and dinosaurs of Jurassic Park.

The story of The Relic takes place in Chicago when a strange creature kills its way into the museum, leaving carnage and panic in its wake. The origins of this beast, called the Kothoga, are connected to artifacts and plants from South America as the museum curators were preparing to unveil the relics of its mythology for a display. Placing the setting in a mundane, almost normal setting during a major social event made the shocking attack during the museum showcase really effective and is reminiscent of the set up in films like Jaws.

Kothoga’s design takes many elements from different animals in nature, due to the nature of the creature as a genetic chimera of Amazonian wildlife. The large teeth and insect-like mandibles on the side of its jaws shows how this creature kills its victims. It climbs like a gecko and pounces around like a jaguar. Margo Green, after fending off a massive beetle, becomes swept into the mystery of the Kothoga and how it was created. Kothoga is also constantly starving for energy, explaining why it hunts violently. 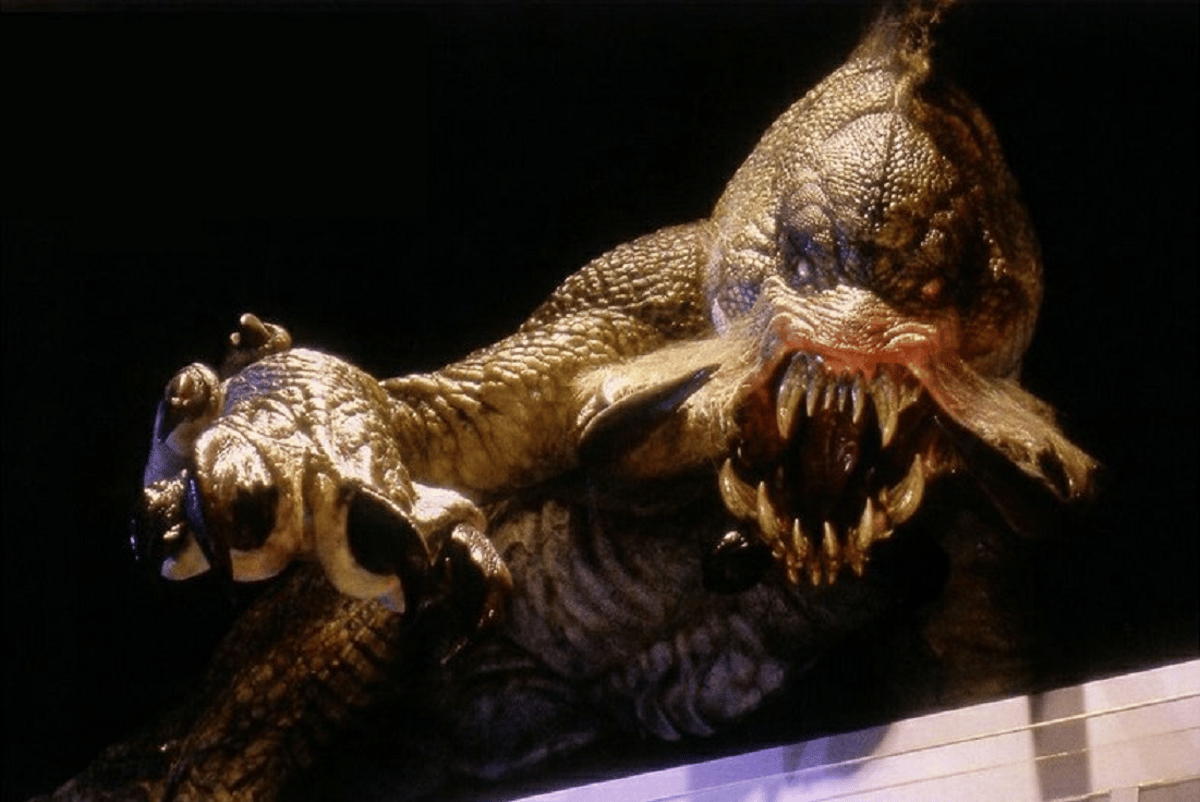 Throughout the movie, many of the major deaths are off screen decapitations with a graphic aftermath, since the Kothoga is a brain eating monster that only aims for the human hypothalamus, an organ in the brain that produces hormones that generate a lot of energy. Kothoga was portrayed with a mixture of practical animatronics and CGI, with a lot of work and shots devoted to the animatronic. CGI was a last resort solely for scenes where the beast had to move swiftly towards prey.

The movie was filmed mostly on site and many parts of the Field Museum were shown throughout the film. Amusingly, The Relic could also be viewed as a commercial and advertising to visit all the sites of the museum. Many of the characters in the movie are engaging and fun with very obvious horror tropes including nobody believing in the possibility of a monster attack and more focused on opening a big event than investigating the grisly murders happening around them.

Once the action kicks off, the movie becomes more fast paced with a group of trapped survivors escaping the museum and Margo Green finding a way to kill the creature. The Relic is an engaging, fun popcorn movie night entertainment with a fresh premise, fun characters, and a well designed monster. The film is a fun rental and can be viewed on HBO max with the subscription. 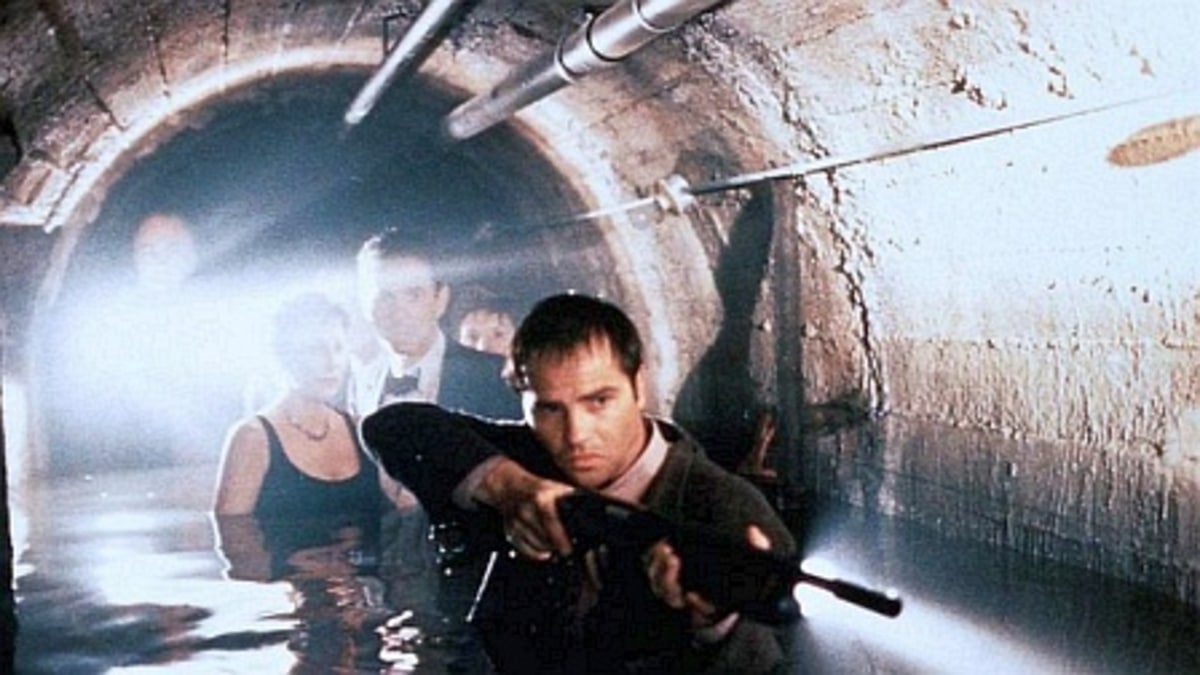